COVID-19 may have rewritten how church was done, but for City Harvest Church’s online radio station, CityRadio, the pandemic created opportunities for it to live up to its motto: “Here To Connect”, says its Program Editor Mervyn Lim. City Radio staff and volunteers in 2019

One year ago, February 2020 marked the start of an unusual period. Working in the church office was now to be in teams, with each team taking an alternate week in the office and the other week to be working from home.

No big problem, I thought. I would just have to reschedule my CityRadio recordings in the studio on the weeks that I was in the office.

Then the big announcement in April came.

My world came crashing down. All hope was gone. The entire existence of CR would be on the line. WHY, GOD? WHY?

Okay, I’m being overly dramatic. It wasn’t that bad. But the announcement of the Circuit Breaker (CB) would change the way CityRadio did our programmes, at least for the foreseeable future at that time.

I remember meeting Bernard Loh, the Program Manager of CityRadio, to strategise how we would keep the show running. The only way was to keep going via Zoom, the once unfamiliar programme that quickly became essential to everybody with a connection. Show must go on, as they say.

Over the next few months, the station completely changed its way of doing things. We met our volunteers, did our recordings dressed in our T-shirts and shorts, right out of our very own homes.

Working offsite presented some unforeseen opportunities. One was that the CityRadio team was able to reach out to a group that we have never had the chance to in previous years: The School of Theology (SOT) students.

For the very first time, we conducted trainings with the SOT students in the months of May and June and the students even did their own mini-programmes that were sent to the student body.

Carmen Chee, one of the SOT students who attended the sessions shared her experience.

“Overall, it was a fun, engaging and enjoyable process. During the workshops, Bernard would also get us to share and speak up as well. We also got to put into practice what we learnt by coming up with the programme script, recording and even producing our own SOT radio in our small teams. I was privileged to be able to edit my team’s recording during a separate session with both Bernard and Mervyn, along with the team.”

Recording without a studio must count as the number one skill everybody at CityRadio acquired during COVID—and it was often fraught with hiccups.

One of our volunteer DJs, Cherlyn Loh, who was also attending SOT last year, was scheduled to do a programme with two other DJs from May to September. The shift from studio to Zoom recording broke new ground: Cherlyn co-hosted what was to be the first City Radio program recorded entirely via Zoom—”3Ps In A Podcast”.

Cherlyn recalled: ”It’s very different compared to being in the studio because I was hosting the show with two other DJs. Being online meant that we couldn’t be as spontaneous as we would have liked, hence, the replies were scripted because we wanted to avoid speaking over each other and cutting each other off. To add, since we were all recording at home, there were also many small issues such as background noises, glitching and getting logged out of Zoom suddenly!” 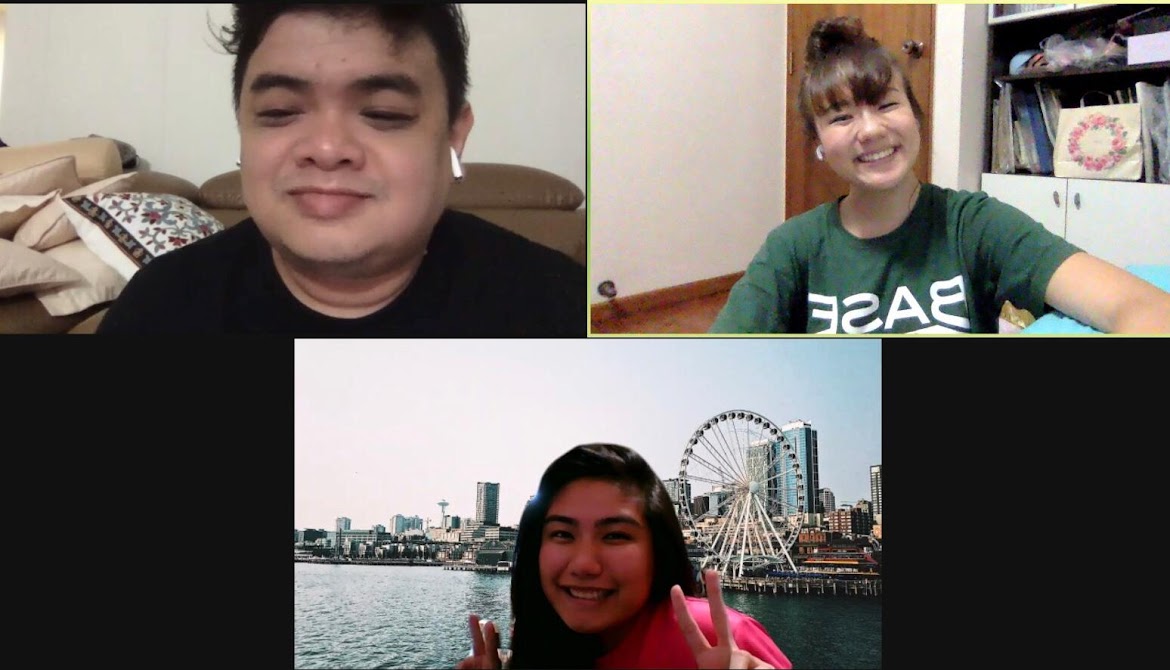 ”Back in the studio, we could easily make eye contact, or communicate with sign language. However, on Zoom, it was a test of our chemistry as (my co-host) Sarah and I could only communicate via WhatsApp during the recording. I worried constantly that she might miss my messages, but thank God that didn’t happen. Also, there were frozen screens and lagging moments when recording on Zoom. We didn’t get that in the studio!”

Despite the many difficulties and unforeseen challenges, one of the things that I really could thank God for, as a staff member of CityRadio, was that our volunteers able to adapt to the changes and keep the station running. Not just that but we were even able to train up new DJs during this period.

One of the DJs who made their debut last year was Elsie Poh. Elsie hosted our music program CityRadio Air for the month of December 2020.

“It was unfamiliar but exciting at the same time!” she said. “Mervyn helped and guided me a lot (via Zoom) so I wasn’t as nervous when recording even though it was my first time.”

She added, “As I continued to do more recordings, I became more confident in speaking too. I’m really grateful to have had this opportunity to grow because I’ve always been naturally soft-spoken, but I think through CityRadio I’ve become a bit more confident and I’m looking forward to doing more for this ministry in the future!”

As a ministry, CityRadio was thankful to be able to keep serving the church at a time where many of us had to put our service aside until the church could operate once again in its full capacity.

But more than just being a voice on radio, we also want to be a voice of faith, hope and love as we connect to our listeners who might be stuck at home. More than ever, being able to keep the shows going online has proven to be an important factor.

David Guru, our volunteer DJ put it best when he said: “Honestly, it’s one of the greatest gifts. I never knew how amazing this was before we were all locked up. Technology has definitely helped us. This isn’t just a side gig, it’s a real ministry that touches the lives of many people. I’m honored to serve in this wonderful ministry!”

So what’s 2021 going to be like? While the pandemic continues and things remain uncertain, one thing is for sure: CityRadio will still be here to connect.

Birthing Pains: The New Mom’s Journey In The...

Choosing Your Career According To How God Made...

Find A Need And Meet It: SOT Support...