Before he was saved, pornography was an “okay thing” to David Guru. But when he had an encounter with God, his journey to purity began.

According to Wiley’s Clinical Health Hub, recent surveys conducted in developed countries like the USA and Australia have revealed that up to 76 percent of men and 41 percent of women regularly access pornography, particularly on the Internet. It has also been found that the number of visitors to pornographic sites is increasing yearly.

The problem is indeed an epidemic, and Singaporean Christians are not exempt from it. City Harvest Church member David Guru shares how an early exposure opened up the insidious world of pornography to him. David had come to church in March 2015, a few months before he enlisted for National Service. He had followed his then-girlfriend to service every weekend, when three months in, he had an encounter with Jesus during service, and found himself weeping and shaking under the tangible presence of God. “I knew in that moment that this God is real,” he recalls.

“I’M NOT IN CONTROL OF THIS”

David continue to pursue God. In June 2016, he went to an Emerge youth camp, and there, he had an encounter with God. “I began to ‘get’ God,” he says. “Between June and December that year, I really began to understand who God is.”

Along the way, as he began to spend more time with God, he came to the conclusion that pornography was wrong. “It was a hidden thing—it was something I had been doing for so long that it didn’t even occur to me it was wrong,” he admits. “But the moment I realised it, I wanted to stop. But I couldn’t! That was when I knew I was addicted.”

David was watching pornography almost every other day at that point. He could not stop. “I was not in control of this thing—it had control over me,” he described. “I was in a very bad place. I knew it was wrong, but I couldn’t stop.”

What made things worse was that “it was very hard for me to talk to anyone about it,” he says, adding that he did attempt to share his struggle with his church leaders. “It was uncomfortable for both them and myself; and we didn’t really understand how to navigate this beyond the usual textbook advice.” 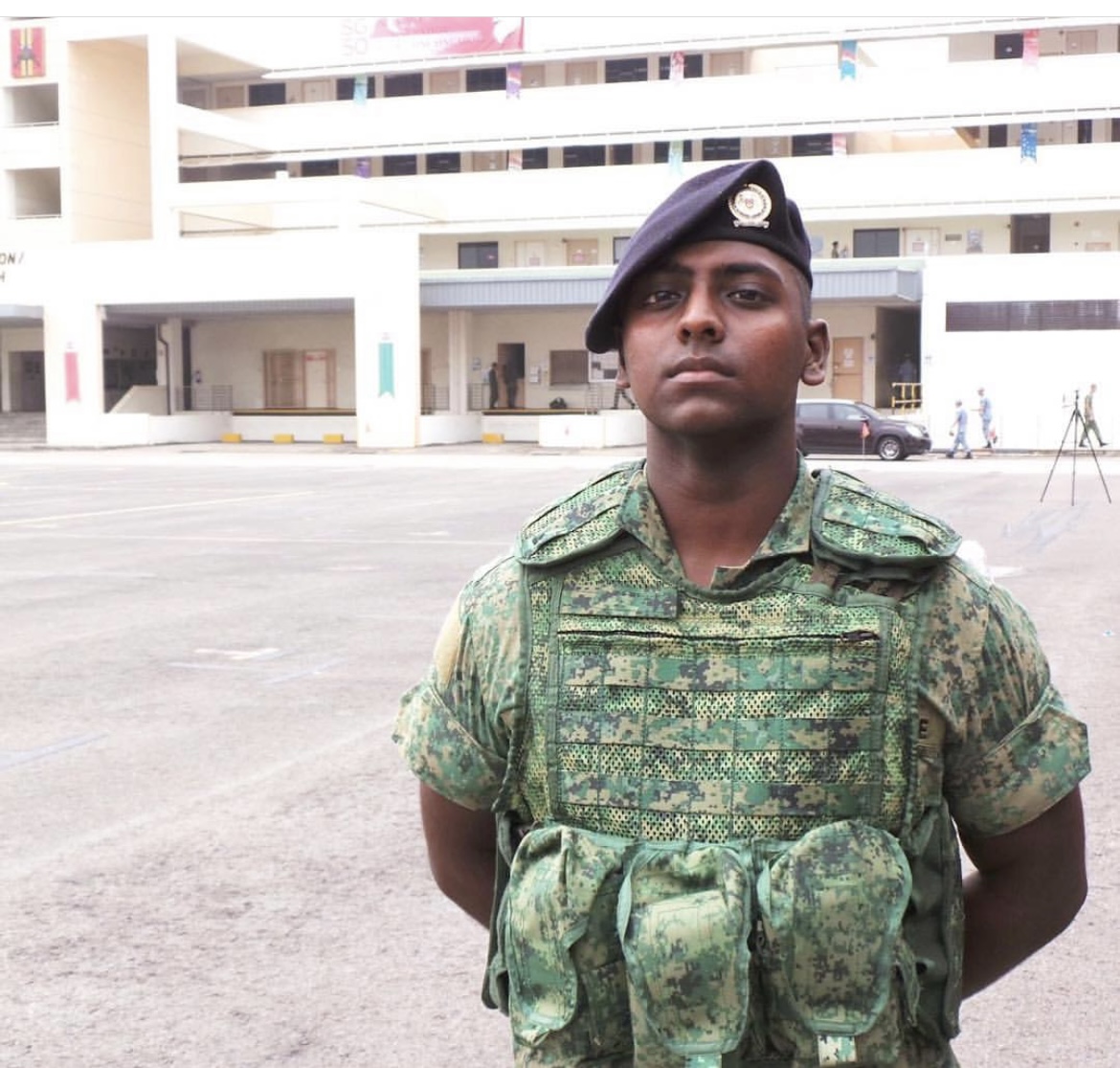 David during his National Service days. Photo from Instagram davidguru_

Desperate to get rid of addiction, David tried “every trick in the book”. “I discovered addiction happened on different levels, and mine was demonic,” he shares. “I was really seeking God for deliverance. When it’s demonic, you can feel it, the awareness begins in you. I knew I needed freedom, I needed deliverance.”

“YOU ARE NOW FREE”

David refused to give up. He sought his freedom constantly. In 2017, during a mission trip to Bacolod, he had what he calls a “sovereign deliverance”. During worship at a youth meeting, he heard the Lord say to him in a clear voice, “David, you are now free”, and he felt the stronghold over him break.

In 2018, he enrolled in CHC’s School of Theology. During Pastor Mike Connell’s deliverance module, “I had a massive deliverance,” he says.

“It’s really the anointing that breaks the yoke,” David emphasises. “When you don’t have Jesus, it won’t work.”

Now that he was set free, David found he had to learn to manage his freedom. He explains that it is not a one-time experience, but an ongoing walk in liberty. “In that sense, you don’t overcome addiction, you are constantly overcoming it,” he says. 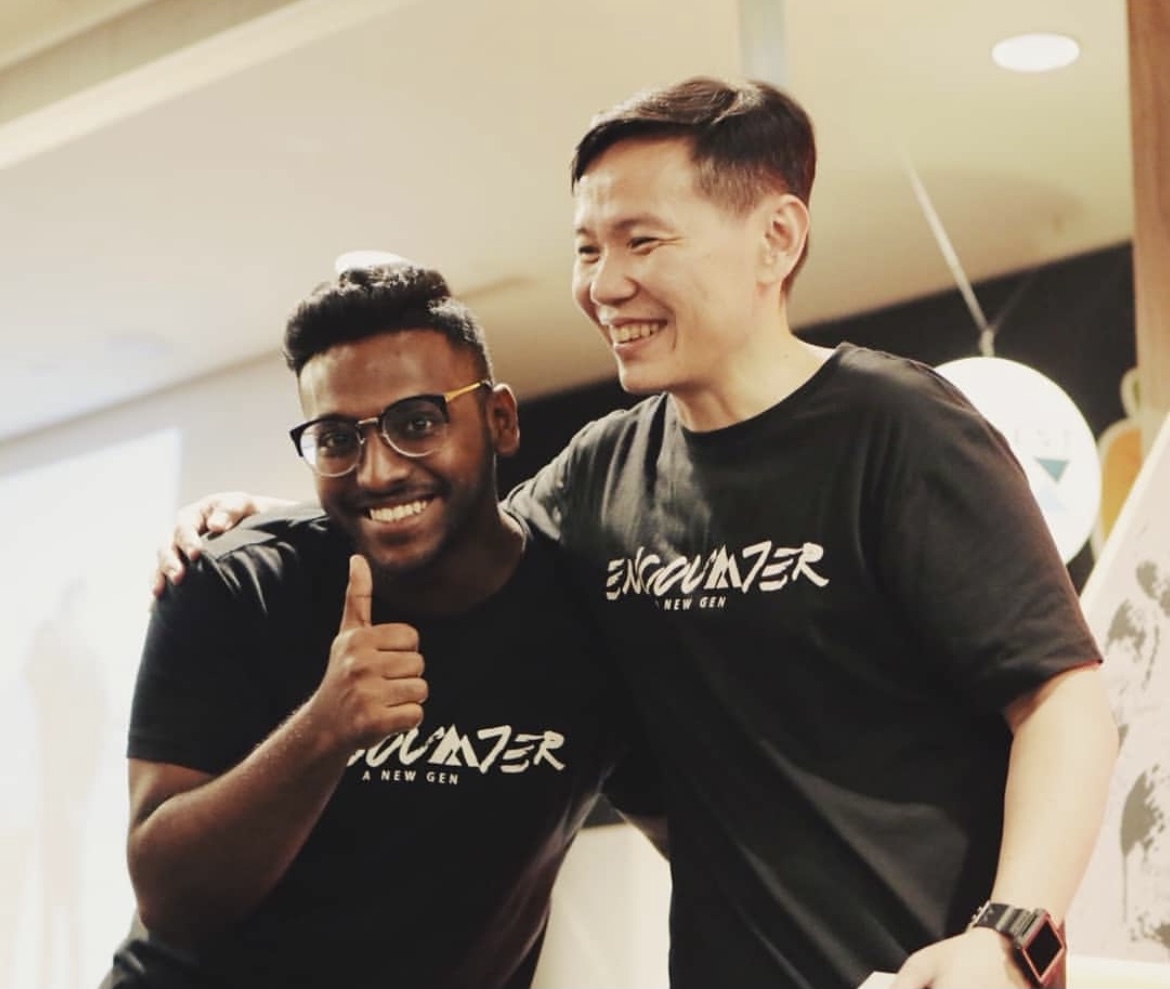 It’s not behaviour modification that is the most important thing—that is a fruit of freedom. A person gets free and then that helps him walk in freedom.

“You must keep fighting.”

There are practical steps to take as well, says David, for anyone reading this who may need support. “I’ll share what I did. First, I stopped listening to secular songs. Most of the songs are about sex—as a man thinks, so is he,” he states.

“Second, I stopped going to clubs. Clubs are a highly sexualized atmosphere—I knew what my triggers were, so I stayed away. Find out what your triggers are; they’re different for everyone. You have to be aware. 1 Peter 5:8 says, ‘Be sober, be vigilant; because your adversary the devil walks about like a roaring lion, seeking whom he may devour.’”

“Next, I stopped watching any sexual movies or TV shows, movies like American Pie, about a man trying to lose his virginity—those are triggers as well.”

“So I have to refilter my TikTok. As for my Instagram feed, I unfollowed models I used to follow. My social media is super Christian-fied,” he laughs. “I make my environment as trigger-free as possible.”

Knowing what one’s triggers to an addiction are is a major component of winning this war.

“For me, boredom was a trigger,” David admits. “As they say, an idle mind is the devil’s playground. So I go out and do things.”

Another big trigger for him is being hurt. What caused his relapse in 2019 was a lot of emotional wounds and trauma. “When I relapse, I think through what happened and what caused it. I realised it was my need for intimacy,” he says. 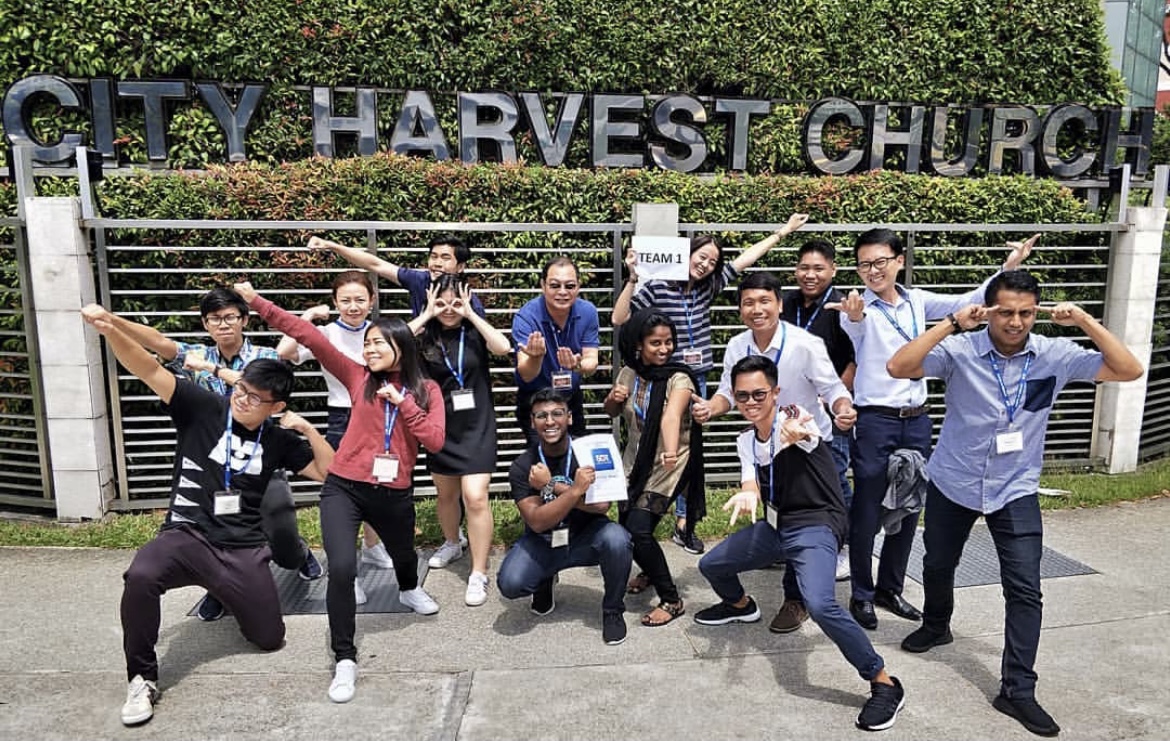 David (centre) enrolled in the School of Theology in 2018

The journey may be long, but David urges them to keep fighting and find friends to fight with. “Come out of hiding and walk in the light. There is no condemnation in Christ,” he reminds. Most importantly, he says, keep walking with God and staying intimately close to Him.

Quoting Psalm 91:1, David encourages, “As long as you live in the shelter of the most high, you will find safety.”

If you are struggling and would like to connect with David, you can message him on Instagram @davidguru_

WHAT THE BIBLE SAYS ABOUT PORNOGRAPHY

In my opinion, it is nearly impossible to watch pornography without being sexually aroused.

Pornography distorts sex, removes it from the context of marriage and uses images to feed the desires of the flesh, offering a false intimacy through self-pleasure rather than a true meaningful relationship intended by God. This instant gratification can lead to a lack of self- control and damage the sanctification of sex in a marriage. 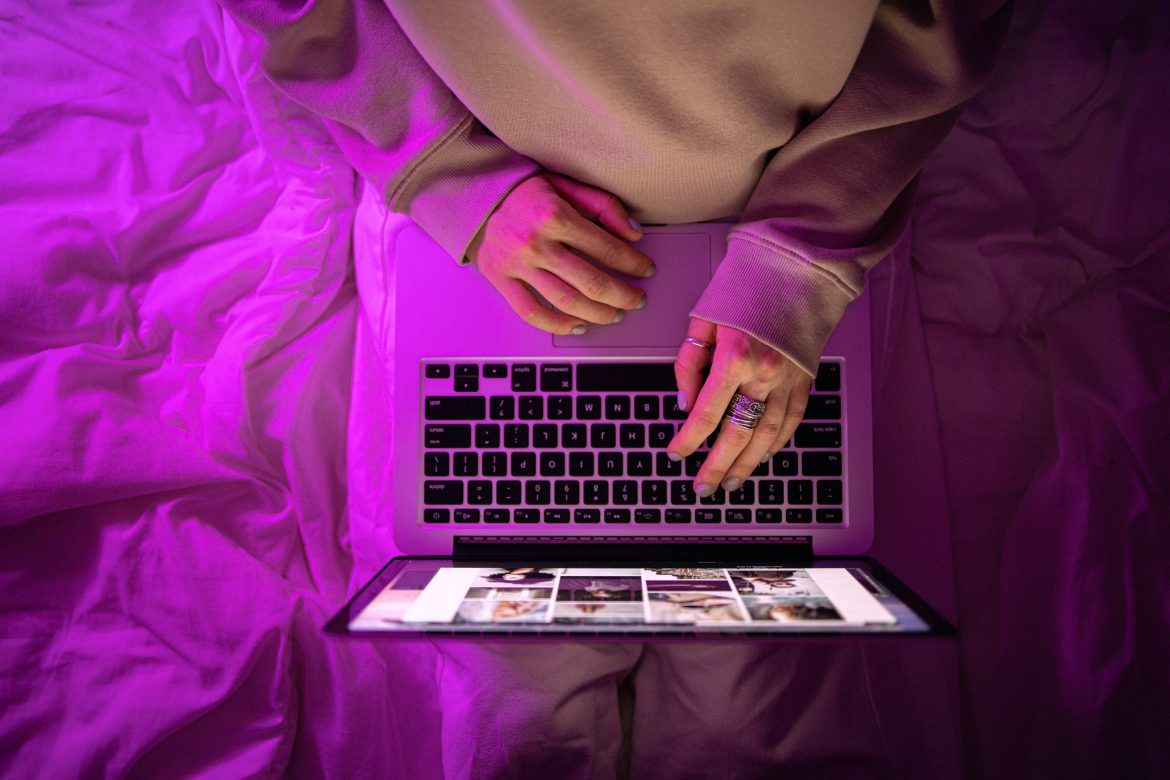 Photo by Maksim Goncharenok from Pexels

Lust is a sin to be taken seriously as the act of adultery itself. Matthew 5:28 says, “but I say to you that everyone who looks at a woman with lust for her has already committed adultery with her in his heart.” And Ephesians 5:3 teaches, “But among you there must not be even a hint of sexual immorality, or of any kind of impurity, or of greed, because these are improper for God’s holy people.”

How do we fight pornography? Ephesians 6:10-11 teaches us to “Finally, be strong in the Lord and in his mighty power. Put on the full armor of God, so that you can take your stand against the devil’s schemes.”

However, 1 Corinthians 10:13 reminds us, “No temptation has overtaken you except what is common to mankind. And God is faithful; he will not let you be tempted beyond what you can bear. But when you are tempted, he will also provide a way out so that you can endure it.”

The Crowning Sessions 2020: The God Who Answers...