Pastor Choong Tsih Ming was one of the three-man team that formed the early foundation of what is today City Harvest Church. He moves in the gifts of the Holy Spirit, particularly in the prophetic. He talks about the sign of the times and what it means for the church. 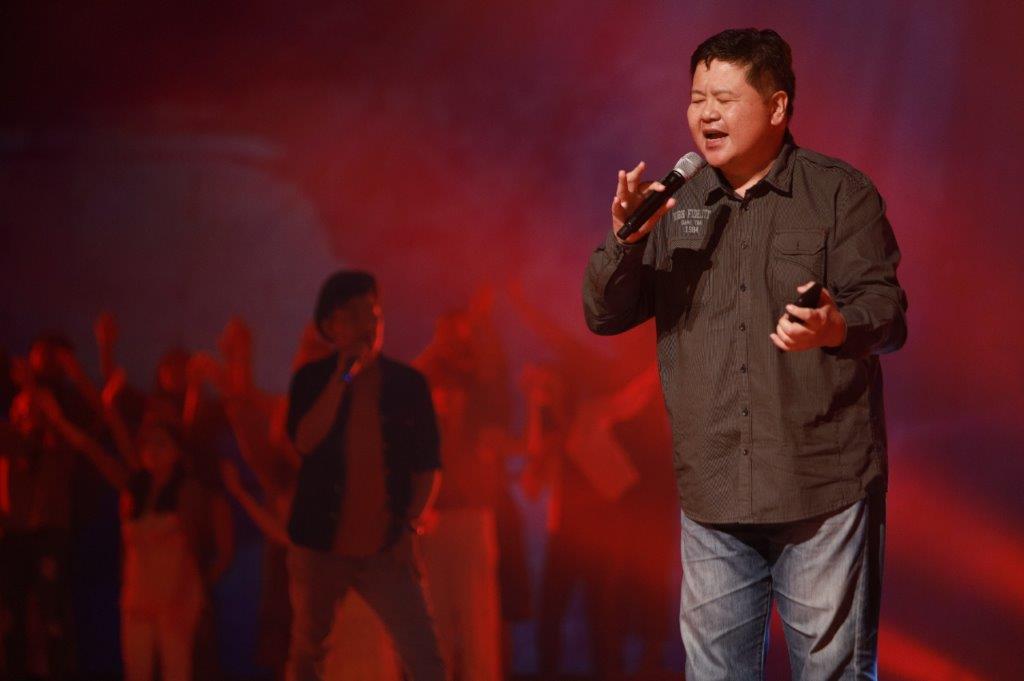 When Pastor Ming preached a message titled “The Ninth Hour” in August this year, a prophetic word was released upon City Harvest as it approached its 30th year. As he preached, the ninth hour and the number 9 bear great significance to the church—they mark the end of an age and breaking into the new. In this interview Pastor Ming shares the revelations he has been having about the times we are living in.

Can you share with us how you came about the idea of the ninth hour?
I was doing my quiet time, pondering over CHC’s 30th anniversary, when I came across this prophecy about the ninth hour, given by a prophetess called Jane Hamon, from Christian International Family Church. What she said became the source of my sermon; she used the phrase “from survival to revival.” She also explained the significance of the number nine. Right then, I became very excited because I felt that it’s exactly what our church was going through the last nine years. Although she gave the word in 2018 for 2019, I felt that it was meant for us this year.

From there, I went to look up what other things happen in ninth hour and I realized it in ninth hour, you have healing, you have answers to prayer, you have angelic manifestation, partnerships. What else do you have? You have Jesus. In the greatest “ninth hour story” of redemption, how Jesus was nailed on the cross. So that really got me excited because I feel that these are some things that are very applicable to our church at this time.

You have mentioned the late prophet Bob Jones a number of times throughout your messages. Tell us about his prophecy of the “billion soul harvest”.
While I was preparing that sermon, a colleague sent me a transcript of the Bob Jones prophecy. He prophesied there would be a harvest of a billion youth. He also prophesied about how God was going to use those over 50 years old. He said that the Lord is looking for a Joshua generation that’s over 50: if they get a vision of serving God, they could be like Joshua and Caleb who were still taking territories for God in their 80s. So I feel for our church, God is going to use those over 50, working together with the youth.

Bob Jones also prophesied about the season we are living in. In 1975, he predicted three things that would happen before the billion soul harvest came: the morning after pill and advanced methods of abortion, the legalization of same-sex marriages and the Apple watch—all of which have happened or are happening. Then I remembered Smith Wigglesworth’s prophecy about Azusa Street: he said that 110 years after the Azusa Street Revival in 1906, there would be the greatest outpouring of the Holy Spirit.

When I put all the dates together, I realized that we are actually living in the time that has been prophesied about by all these prophets. And it’s so coincidental that our church’s 30th anniversary happens to be in 2019. All this reminded me about coming to a place of maturity—Jesus really started his ministry when he’s 30 years old. The ninth hour talks about new birth, new expectation and a new hope. And that’s how the whole sermon came about.

After “The Ninth Hour”, you preached a second message on speaking in tongues, and you said this is the second part of a trilogy. Can you elaborate on the expansion?
After I shared the first sermon, people were encouraged and a few came to ask me if there would be a part two.  At that time, I was meditating on Matthew 13 in The Passion Translation, about the sower and the seed. All of a sudden, I saw that it would make a very good sermon that explains that you need to have three things: one, understanding; two, experience, and then you need the third thing which is focus. When you put all three together, that is embracing the Word of God.

That was when I realized “The Ninth Hour” is really the start of a three-part sermon. The first part is about revival—we must understand what a revival is, the time of revival, the season of revival. But not only must we understand it, we also must experience it. God is starting something brand new again. And in this brand new move, God is pouring forth His Holy Spirit. Every time God starts something new, there’s always a fresh outpouring of the Holy Spirit. Whenever there’s a fresh outpouring of the Holy Spirit, it is always accompanied by speaking in tongues. Why tongues? When I did a study on tongues, I realize it has to do with language. I felt that God wants to remind us again of being baptized in the Holy Spirit, speaking new tongues again. Pastor Kong always told us that tongues is always the gateway to the supernatural. So in order for us to move into this new move again, we need to have this infilling of the Holy Spirit. And that was what my second sermon was about.

The final sermon in the series is based on what Jesus said in Matthew 13:23. So, first is understanding. Once you understand in your mind, the word must go deep into your heart. After that, the heart and mind must be focused together, because a divided heart, and ambition for wealth, will cause the seed not to be sown in the ground.

So we must be in an environment that helps us to keep focused on what God is speaking to us. What is the best environment? The best environment is always in community. In Acts 2 after the Holy Spirit came, the next thing that happened was that they formed communities. Acts 2:42 talks about how they lived together, they prayed, fasted together, and so on. And the Bible tells us that then, there was growth. This whole process really is discipleship—discipleship helps us to live a focused life. 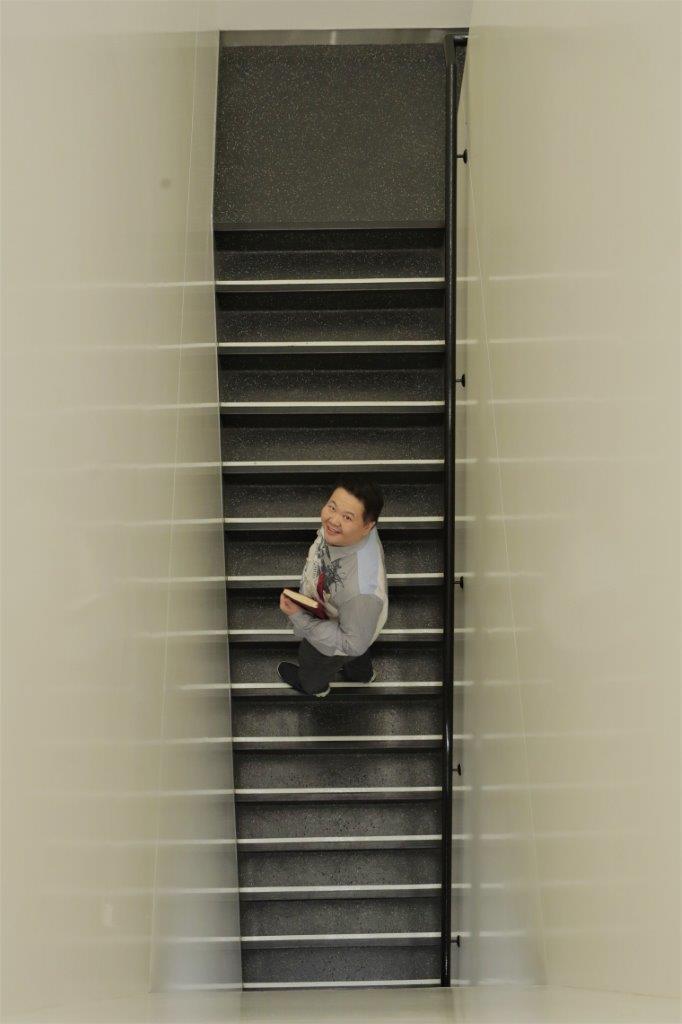 What is your view of the last 30 years of City Harvest Church?
This season reminds me of the early days, when Pastor Kong did a lot of Bible study. He would give about 30 Bible study classes a week, each time to between one and three persons. And there was no Bible school yet in those days, so Pastor would go through with us the basic Bible foundations, and book by book: Nehemiah, Isaiah, Song of Solomon. And then we go on to teach others. There were no Bible study books or notes then, so we used our own notes to teach.

Yes, we had to take very good notes those days. These days, the Bible study notes are  all printed out for you. When Pastor did Bible study last time, I still remember, from the moment he says, “Let us begin” we would be writing notes and looking at our notes non-stop until the end of one hour or an hour and a half. And then we’d be looking up at Pastor. Because we’re either writing down notes or reading the Bible.

That is why I’m a very strong believer of the importance of having Bible study with just one, or two or three person rather than a whole class, because you can teach so much more. But the thing is people must be willing to take notes down because if they don’t do that, and they just listen, then they are missing everything.

So it started with Bible study and we began to go into the different kinds of experience, such as deliverance, missions, and later, we began to do things like Church Without Walls. But in the beginning, we always had a process: there was always first a Bible study, then the experience—that was the pattern. For example, Pastor Mike Connell came and did deliverance, which was fantastic, and then Pastor Kong would take Pastor Mike’s sermons and put them into the cell group sermons. So everyone did the same thing and focused on the same thing. And these lessons were built into everyone’s lives. That’s how it worked.

So what do you feel must happen after we cross 30 years as a church?
I feel we must go back to the basics, the foundations, loving God and loving people. Discipleship is the most important—but in order for there to be discipleship, there must be relationship. And if you are not first a disciple, you cannot be a discipler because you don’t know how to be discipled—the best way is to observe your discipler, why he does what he does.

So basically, what am I trying to say? I’m trying to say that as a church, we have to come back to being wanted to be discipled again. Balanced discipleship is when your discipler empowers you to fulfil the will of God for your life, but at the same time, you voluntarily come back to your discipler and, and keep that relationship with him all the time.

Godly discipleship must always be Christ-centered. Everything must revolve around Jesus. We all have to be more like Christ. That’s why Paul says “imitate me, as I imitate Christ”.

The God Who Heals: Testimonies From Prayer Space