As For Me And My House, We Will Serve The Lord

Xu Shunzhong and Alison Lim received salvation in City Harvest Church when they were just teenagers. Now married for 17 years, they have been serving the house of God tirelessly and they have seen the blessings of God in their lives. The greatest blessing is to see their firstborn son, Caleb, receive his own revelation to serve God in his generation. The two generations share their CHC experience in this interview. 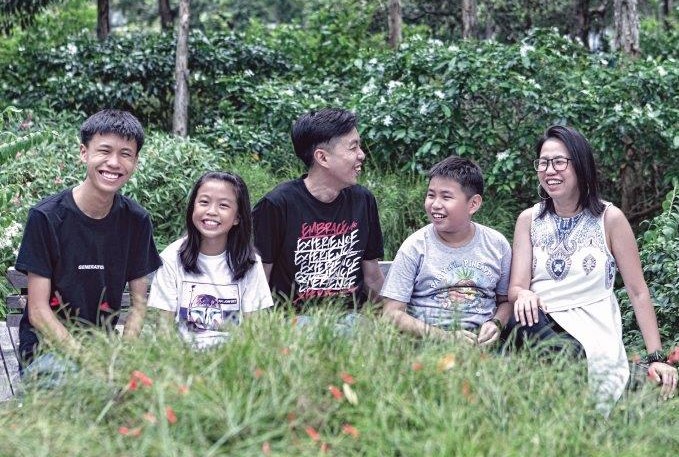 What was your first day in City Harvest Church like?

Alison: I came in 1995. A classmate invited me. I came from a non-Christian background. When I first step into the hall, I felt that it was very different from any other place I had been to. and as Pastor Kong was preaching, I felt that the things he was preaching were speaking directly to me. I was very shocked—how did he know exactly what was going through my mind? I looked at my friend and asked her: “Did you just tell him what I told you? Is that why he is talking to me?”

Of course, she hadn’t. I got saved that day—unknowingly. I lifted my hand when Pastor Kong gave the altar call, but I didn’t want to go down to the stage area. My friend kept saying, “Go, go!” so I went down, but I didn’t know that meant I was becoming a Christian. When I came back, my friends asked me, “Will your parents scold you?” I replied, “It’s okay, I can lie.” Then they said, “You’re Christian already, cannot tell lies”. And I was like, “Oh, like that Christian already?”

Shunzhong: My brother invited me to church in 1989. It was still Ekklesia Ministry, and it was very small, 30 to 40 people. Everyone was still calling Pastor “Brother Kong”. I remember everyone was friendly. It was a small group and when you go in, everybody knows everybody else’s name. I was very amazed. Pastor Kong was very skinny. In my mind, I was thinking, “Really or not, this guy? He’s the leader of this group?” They are very fun-loving so it was fun to mix with them.

Shunzhong: I was a very rebellious Christian. I was on the hot list of “naughtiest people” and I lived a terrible life. Once during service, my friend and I were smoking in the toilet of the former Westin Stamford Hotel, at Raffles City (now known as Swissôtel The Stamford), where the church held services. When we stepped out of the toilet, lo and behold, Pastor Kenneth was just outside. He was my cell group leader then. That left a very deep impression.

When I was in army, I saw a lot of people wasting their lives. Some of my friends got into motorcycle accidents and died. I felt that I had wasted enough of my life and started searching for God. That was when Pastor Derek came to CHC and I told my cell group leader that I wanted to transfer to Pastor Derek’s cell group.

I arranged a meeting with Pastor Derek. We sat at a KFC for half an hour—he didn’t talk, I didn’t talk. After that, he said, “You can transfer to my cell group.” The next week when I went to his cell group meeting, I asked him, “Pastor Derek, why didn’t you talk to me or ask me anything?” He said, “I was sitting there looking at you and I was praying, asking God if I should let you join my cell group or not.” So I felt that this man must be very holy. He had just sat there for half an hour, praying.

Alison: It was very exploratory. As a baby Christian, I had a lot of encounters, and things I prayed for suddenly just happened. That boosted my faith and to me, all things were possible, as long as I believed and I prayed hard enough, I believed it would happen. It was a stage-by-stage, progressive growth in the church. 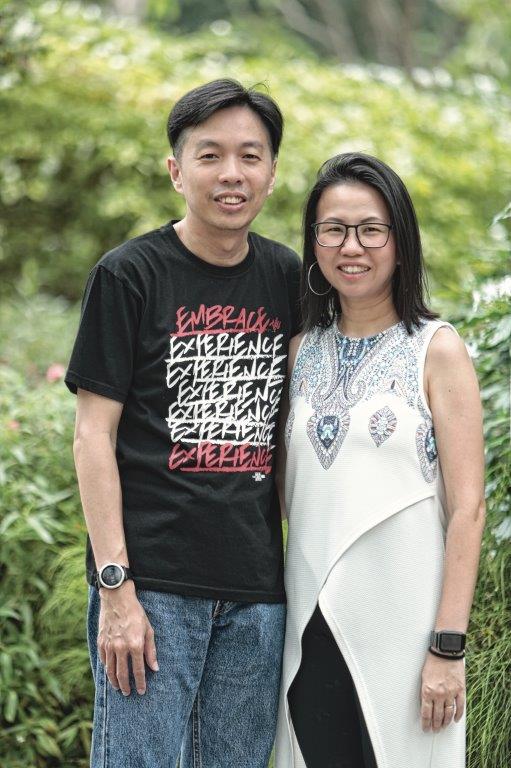 Tell us about the time Alison fought cancer.

Alison: I had breast cancer 10 years ago. I was in the third trimester of pregnancy with our third kid when I was diagnosed. It was very tough and I started questioning God: why me? I’ve been breastfeeding, I was young, only 33, how can it be?

I would say I was a little depressed, but my family stood strong. I work in City College and my colleagues would pray for me and encourage me. I went through chemotherapy, radiotherapy and surgery to take away part of the lump. After that, I recovered.

Three years ago, they found a growth in my womb. That was alarming because it was quite big. I was like, “Why is it happening again?”

We told Pastor Kong about it and he told us to keep focusing on the positive, to confess healing. I didn’t want to, but eventually, I just started confessing the word of God. During the surgery, the doctor got me to sign a waiver to give them permission to remove the womb in the event that they have to. I thought, “How much more is there to remove?” Thankfully, they didn’t have to remove my womb. But when I woke up, the doctor said they found something that was not very good.

Shunzhong: It was half an hour before the surgery ended when the doctor called me from inside the operating theatre. “Mr Xu, I’m your wife’s doctor. I need to talk to you now. Come to the OT now.”

I was so scared. I quickly texted Pastor Kong and he told me he’d pray for us. Then, the doctor came out and said, “Oh, we found something very unusual inside. It doesn’t look cancerous but we have to remove the ovary to test, to be very sure.”

There was no choice so I agreed and signed the papers. That was the worst moment of my life. I was very anxious, I really didn’t know what to do. So I texted Pastor Kong and Pastor Veronica because she’s Caleb’s pastor. I texted Pastor Jeremy, Pastor Eileen, Sandy. They all said, “Don’t worry, we’ll be praying for you. Everything will be fine.”

Alison: Three days later, the doctors told us it was nothing. Thank God!

Caleb, you’ve watched your parents serve their generation, and they are still serving today. How has that influenced your faith in God?

Caleb: A lot of what I knew was head knowledge, and not really something I personally experienced. It wasn’t until I really started praying for my friends and miracles happened that I begin to experience and understand that God is really a healing God. Whatever we ask, we shall receive. Yeah, so like, I remember, I think there was once I prayed for my mom. (Turning to Alison) Once or twice, I think I did pray for you.

When my parents had cell group at home, I would sit on the sofa and watch when I was bored. I would see them moving in the Spirit. That’s pretty cool. I’d see them leading, praying for the cell group members and the members would be touched by the Spirit, and I thought, “That’s pretty interesting.”

When I was 13, for the first time, I really encountered God. That year, I reached out to my first friend after many years. That was the first time a friend that I invited actually responded. Because I hadn’t reached out to anyone in a long time, I was really nervous and apprehensive. But slowly, I took one step at a time, and I started realizing that this is what I was called to do; this is what God has called us to do, this is what the heart of God really is.

Is there one thing that your parents have taught you that you keep in your heart?

So reaching out to people and being there for them is not something I’m unfamiliar with. It comes quite natural for me to ask, “Are you free on Sunday? Okay, come to church if you’re free.”

Alison: Just recently, I recalled: when Caleb was a baby, think not even one year old, there was an overseas guest speaker who came to Hollywood Theatre for baby dedication. The pastor gave a word of prophecy that Caleb will be a  preacher of the gospel; that one day he will share and he will speak of God’s Word. We held on to that and it’s now coming to pass!

The Precious Presence Of God At SOT

Worship God For Who He Is