Dr Christopher Yuan came out as a gay man while pursuing his doctorate in dentistry. When he found Christ and the Bible, he came across passages that made him question what he considered a core part of himself—his sexuality. He spoke to leaders of City Harvest Church on the etiology of homosexuality and how Christians can reach out to the LGBT community. 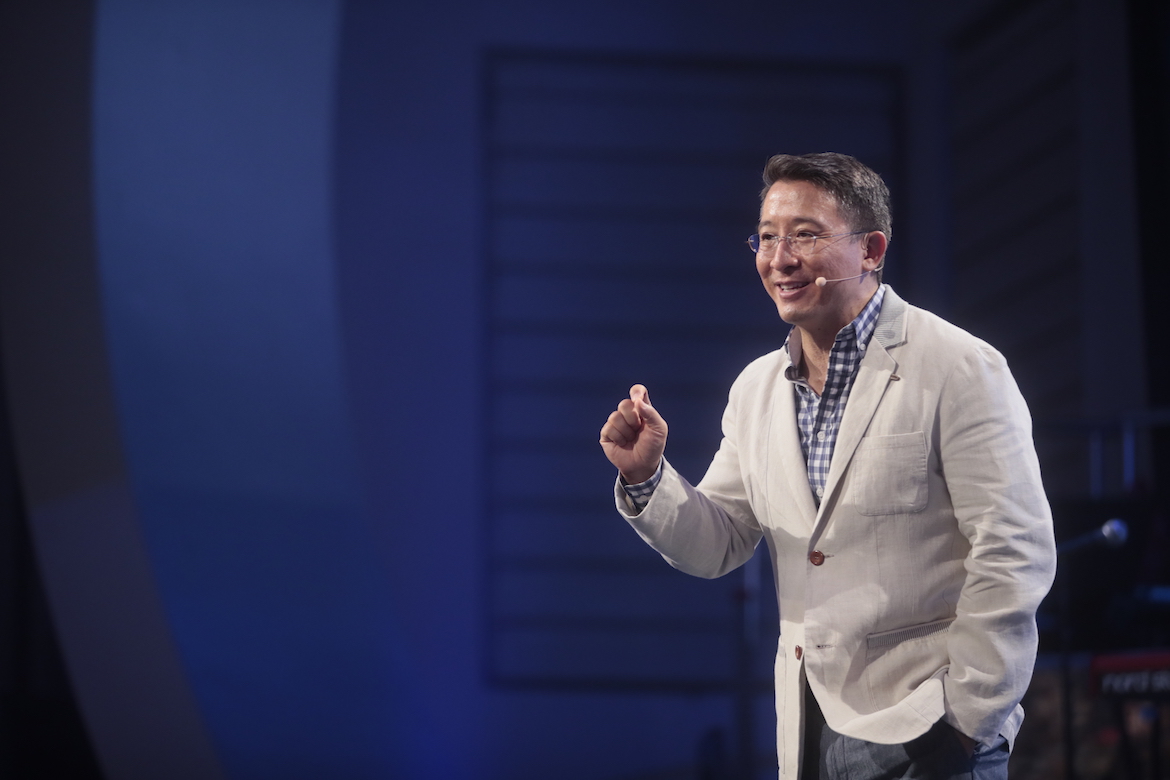 “People need to be in the body of Christ—that is, the church—in order to re-learn what it means to have healthy relationships.”

These were the words of Dr Christopher Yuan, a lecturer at the Moody Bible Institute in Chicago. In two sessions on May 21, he shared his research and revelations with the leaders of City Harvest Church. As an academic, as well as a person who lived in the gay community for many years, Dr Christopher gave an insightful lecture that spelled out the findings of different studies that have been conducted on same-sex attraction.

In the School of Theology chapel session that morning, Dr Christopher presented the etiology of homosexuality, exploring what both biological and environmental studies show. He noted that most of the studies prove to be inconclusive.  Certain studies support the argument that homosexuality is genetic, but these studies flout the parameters of accurate statistical data and/or their samples are biased. Most of those studies also cannot be replicated, which means that they cannot be treated as conclusive evidence to prove that people who are homosexual are simply born that way.

Christopher presented several biological studies that had been conducted on people with same-sex attraction. A 2008 study (Långström, et al.), for instance, concluded that both environmental and genetic factors play roles in influencing same-sex attraction. Another study conducted in 1993 (Hamer, Hu, Magnuson, Pattatucci) found that 83 percent of gay men involved in their study shared similarities in their genetic material. Interpretation of this finding by the media led to the popular but inaccurate conclusion that a “gay gene” existed–in other words, a gene that was responsible for same-sex attraction. One of the researchers involved in the study, Dean Hamer, later clarified that “environmental factors play a role in homosexuality. There is no single master gene that makes people gay”.

Studies on the influence of environmental factors are equally inconclusive. One of these studies (Lung and Shu, 2007), for example, suggested that paternal protection and maternal care are factors that influence same-sex attraction in males. However, he also pointed out that while there can be possible relationships between same-sex attraction and environmental factors such as family background, research findings could not fully conclude that these factors are indeed the direct cause of homosexuality.

“Although it is possible for biological factors to influence same-sex behavior, we cannot suggest that people are therefore born gay,” Dr Christopher pointed out. “To date, there is no empirical, objective test for homosexuality. If such a test did exist, we would be able to determine whether a baby is homosexual or heterosexual even when it’s in the womb.”

The lecturer concluded by pointing out that both environmental and biological factors play complex roles in influencing a person’s sexual orientation. Current research has yet to prove if same-sex attraction is caused by any particular factor or group of factors. Moreover, a person’s sexual orientation is not innate or fixed, but in reality, develops and changes over a lifetime, he noted. 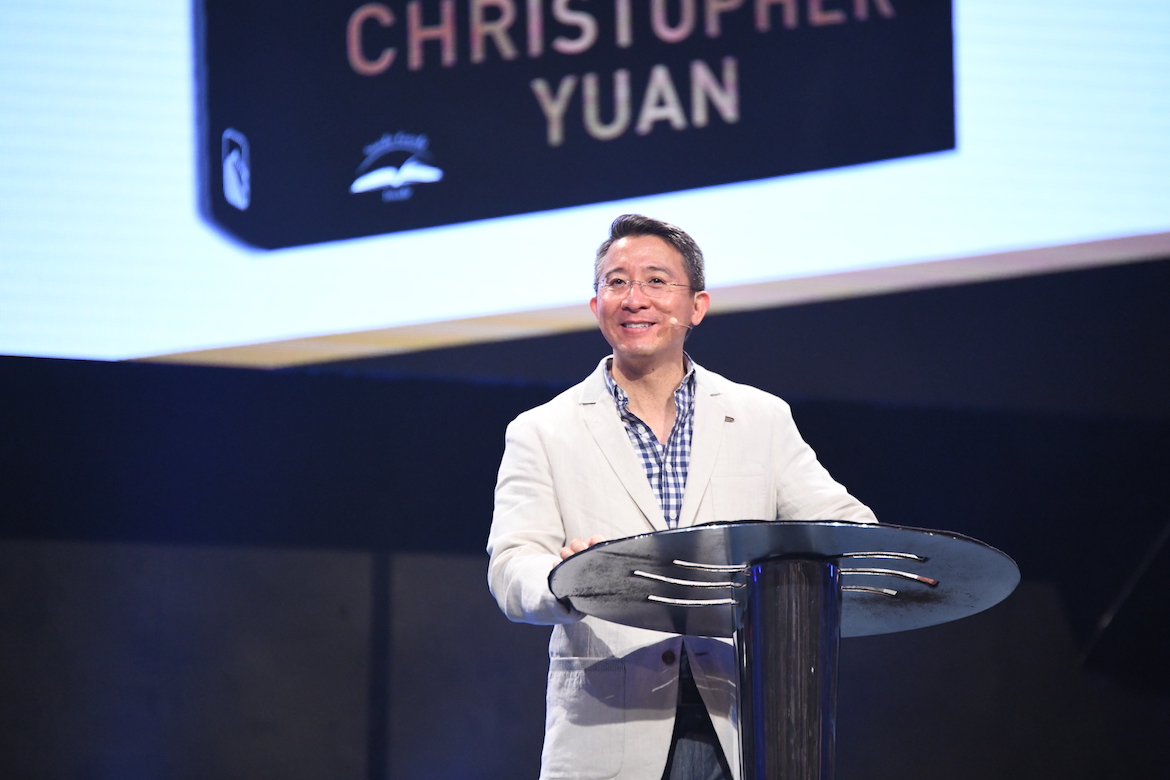 THE RIGHT RESPONSE
During the Leaders’ meeting that evening attended by zone, ministry and cell group leaders of the church, Dr Christopher offered a theological perspective on the topic, specifically with respect to outreach to the gay community. He spoke about four attitudes—all beginning with C—that Christians should possess when engaging people in talking about sexuality.

Christians must be convicted. “Before we can engage people on this topic, we first need to be convicted of our own brokenness and sinful nature. We all have our own struggles with sin,” Dr Christopher stressed. When a person recognizes his own weaknesses, he becomes humble and does not try to act holier than he really is. As a result, people whom he reaches out to become more open to receiving Christ into their lives.

Christians must be consistent. When it comes to the topic of sexual relationships, Christians must be consistent across the board. Dr Christopher pointed out that when people choose to forsake same-sex attraction and join a church community, it may be the case that they will also decide to remain single for a particular period of time, or even for the rest of their lives. However, the problem is that some communities seem to place more value on marriage than on singlehood. Often people associate being single with loneliness; thanks to popular media and fairy tales, marriage has been elevated as the “ultimate” state for any person to aspire to. As a result, individuals who have chosen to remain single may not feel accepted.

“When we engage people in talking about sexuality, we need to talk about the goodness of both singlehood and marriage,” Dr Christopher said. “Marriage is good but it doesn’t have to be better than singlehood.”

Further, Christians need to be consistent with regard to change. “Change is not the absence of temptation, but the ability to be holy even in the midst of temptation,” Dr Christopher clarified. He taught that the believer cannot be holy by his own strength. Instead, it is the Holy Spirit Who empowers him supernaturally to resist temptation and to stay holy.

Christians must be compassionate. Whenever people share their own struggles, believers must assure them of their friendship and love for them. It is never appropriate to make insensitive remarks or jokes about issues on sexuality.

Christians must be complete. “When we meet homosexual people, we should not be constantly condemning them for their sins. Rather, we should be sharing the Good News with them,” Dr Christopher encouraged. Referring to 1 Corinthians 6:11, he explained that although Paul had pointed out that homosexuality was indeed a sin, he has also mentioned something very important: through the power of the Holy Spirit, every believer can be cleansed of their sinfulness and be made justified before God again.

“If we don’t share about hope and Jesus, we’re not telling people the Good News,” he stressed. “The biggest problem about gays is not that they’re homosexual, it’s that they don’t know Jesus personally yet. Don’t be distracted from leading them to Christ.”

His teaching was capped by a question-and-answer session with CHC’s executive pastor Aries Zulkarnain. Pastor Aries presented Dr Christopher a number of questions the leaders had posed on reaching out to friends who are in same-sex relationships. Dr Christopher referred to his book Holy Sexuality in many of his answers.

He left his audience with this encouragement: “People need to be in the body of Christ—that is, the church—in order to re-learn what it means to have healthy relationships. As Christians, we need to pray for them. Listen to what they say. Be intentional in reaching out to them. Be patient and persistent. Be transparent.” 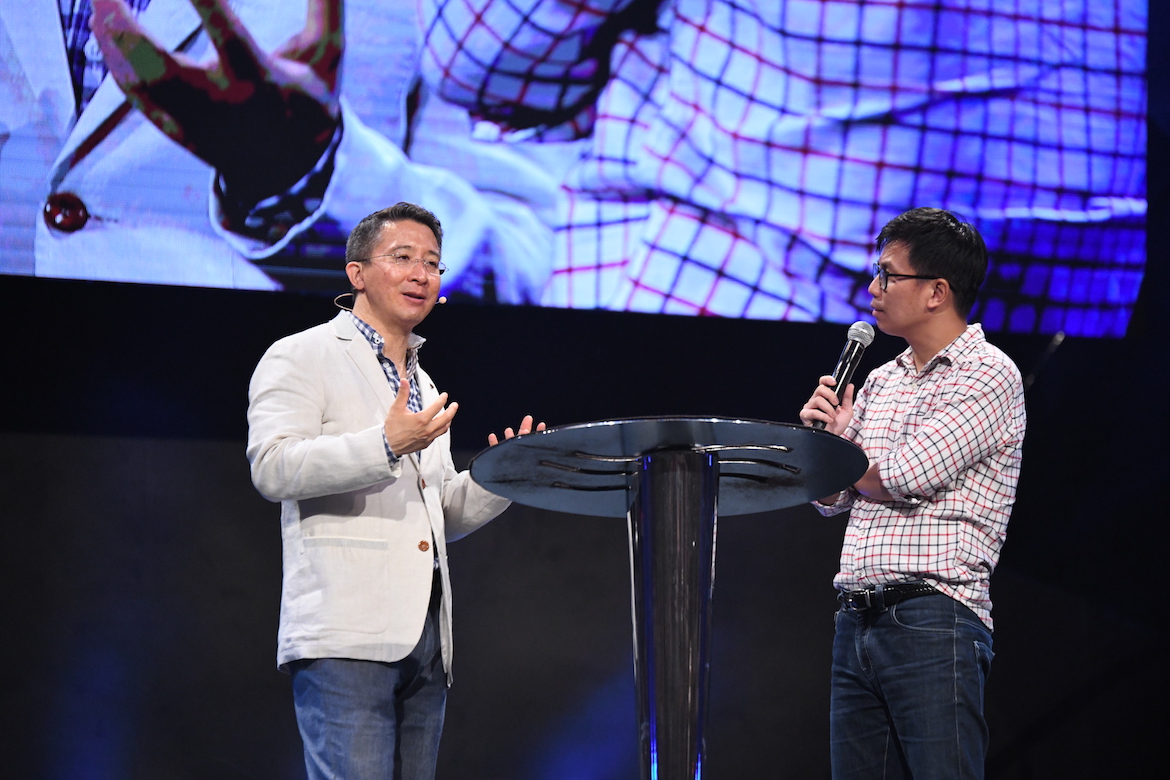 Church With Creativity, Life and Color