Dialect service produced a short film for Christmas, reminding the elderly that they are not alone this Christmas season.

Christmas is a time of celebration among friends and family. But for those who have no one to celebrate with, the sharp pain of loneliness hurts even more during this season. City Harvest’s Dialect service put together a short-film titled Home, Not Lonely (家不孤单), to remind its elderly members that with Jesus, they are no longer alone. Home, Not Lonely tells the story of a girl called Yong Mei who loses her mother at birth; subsequently, her father gives her away. She marries, but her husband dies in a car crash and she becomes a young widow, raising her child singlehandedly.

Fast forward 30 years: Yong Mei’s daughter, Yan Ling has started her own family and Yong Mei lives with them, taking care of all the household chores. While mopping the floor one day, Yong Mei falls and hurts her legs. Confined to a wheelchair, she feels helpless and depressed. When she overhears her son-in-law Randy mention the possibility of sending her to a nursing home, she sinks into depression and all kinds of negative thoughts fill her mind.

All her life, Yong Mei had been abandoned time and again. The pain from her past has blinded her from her children’s love. She is so afraid that her daughter and her son-in-law would abandon her to the nursing home. Yan Ling becomes so worried for her mother that she asks her aunt, Auntie Foong to visit her mother.

At this point, Yan Ling jumps in to explain that her mother had misunderstood the situation. She and Randy had made arrangements to look after her and would never send her to a nursing home. They invite Yong Mei to ask Jesus into her heart so that He can heal the pain she has been enduring. Yong Mei accepts Jesus and goes on to lead a much happier life.

HOPE FOR THE SEASON

Following the screening of the short film was a message by Maria Tok, the pastor who oversees the Dialect Service. She reminded her elderly members that Jesus said that He would never leave them nor forsake them. They may have been looking for hope all their lives and may have only met with disappointment time and again. Jesus is the light of the world and He can help them if they believe in Him. With that, she encouraged the audience to invite Jesus into their hearts by repeating the Sinner’s Prayer after her.

The short film was screened over Zoom on Dec 19. To facilitate the Zoom session, more than 15 Dialect Service volunteers gathered the elderly in groups of five for watch parties. Over 100 elderly members participated in the session in total. Many of the volunteers reported that the elderly members were visibly touched by the short film and message. Beyond the Dialect Service audience, Eileen Tan, a volunteer in CHC’s Jesus For All Minds (JAMs) service, also used the short film to reach out to her student’s mother.

“After the JAMs Service which took place before the Dialect Service, Lina, who is Kok Leng’s mother, shared with us her struggles, burdens, worries and what she hopes will happen in their lives,” Eileen shares.

Eileen and her fellow volunteer Jassmen began to share about the love of God with Lina. Lina was open to the gospel and Eileen thought the Dialect service that was happening at that moment would speak to her. Getting the Zoom link from a pastoral supervisor in the Dialect Service, Eileen let Lina watch Home, Not Lonely.

Lina gave her heart to Jesus during the service that day. “Thank God I had sufficient data, and enough battery life in my phone!” laughs Eileen. “And for the earbuds that Jassmen wasn’t even planning to bring, but brought along anyway!” 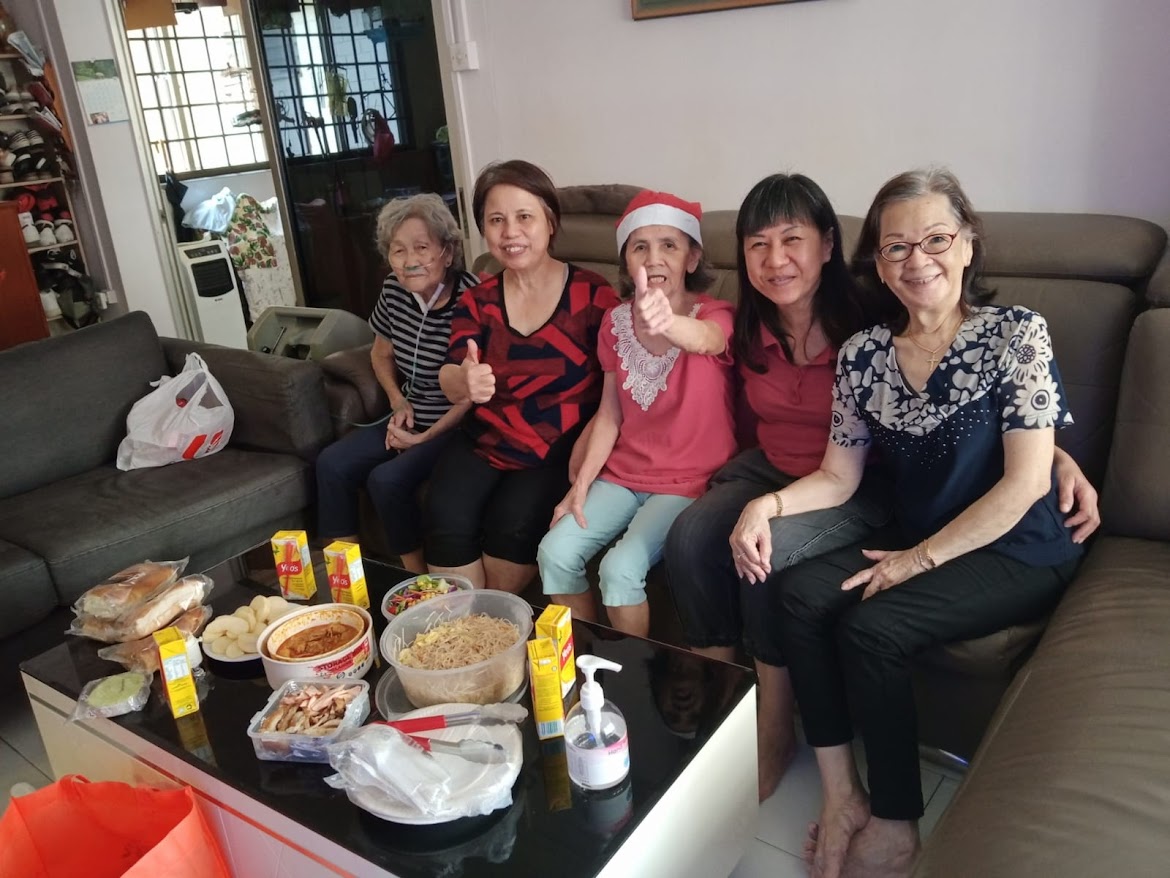