When her son left home after declaring that he was gay, Angela Yuan wanted to die. But she found God on a train ride and went on a journey of praying for her son’s return. Dr Christopher Yuan is that son. Last weekend, he and his parents Dr Leon and Mrs Angela Yuan, shared their moving testimony of God’s goodness at City Harvest Church. 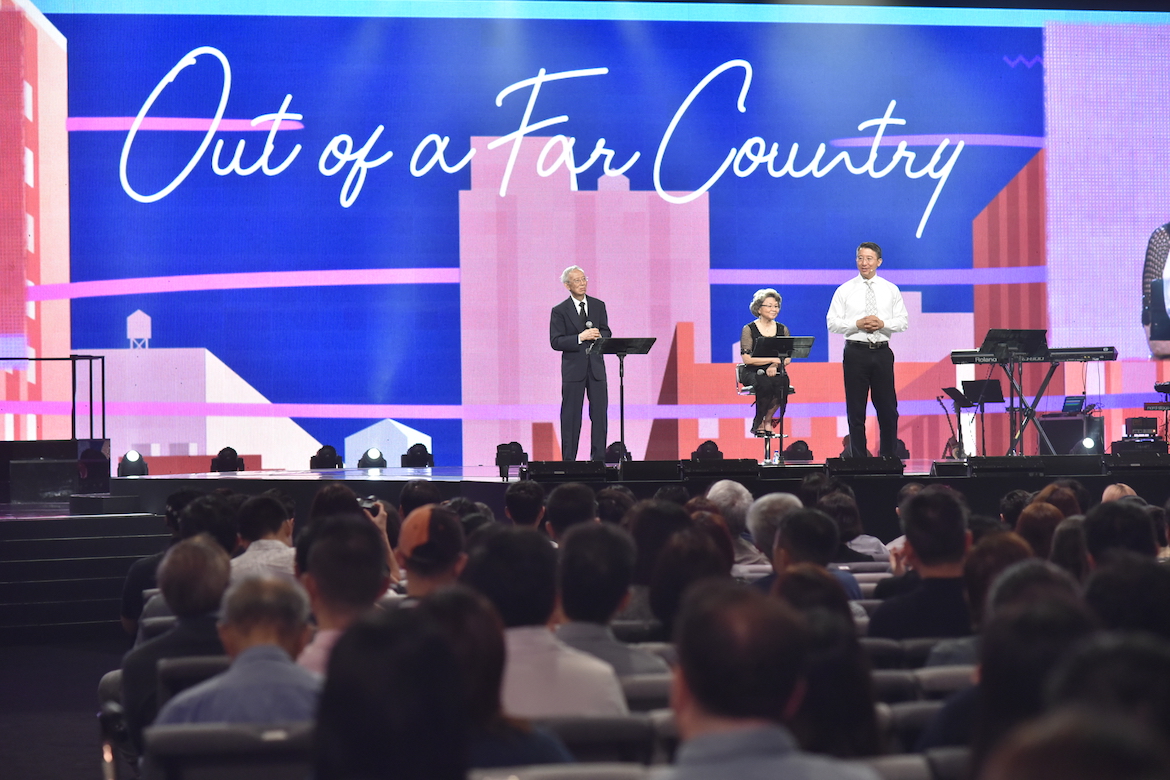 Dr Christopher Yuan and his parents, Dr Leon and Angela Yuan, were welcomed by City Harvest Church over the weekend of May 18 and 19. Dr Christopher is a teacher at the Moody Bible Institute in Chicago, and his speaking ministry on faith and sexuality has reached five continents.

Taking turns to speak, the Yuans altogether shared the remarkable testimony of how they came to a place of complete surrender to God, and how their prodigal son, Christopher, eventually pursued a life of holiness as a follower of Jesus Christ.

As Chinese migrants to the US, the Yuans settled down and pursued what seemed like the perfect life in Chicago, with a house and two little boys. But after 28 years, Angela’s marriage was headed for divorce when her son Christopher dropped another bomb on her—he told her, “I am gay”. Angela’s world fell apart and she was ready to end her life. She had made up her mind to take a train to see Christopher for the last time, before she killed herself. But on the way, someone gave her a pamphlet that spoke of God’s salvation plan, and right there on the train, Angela found a new life in Jesus Christ.

Her favorite verse, Galatians 2:20, reads: “I have been crucified with Christ and I no longer live, but Christ lives in me. The life I now live in the body, I live by faith in the Son of God, who loved me and gave himself for me.”

Leon noticed the transformation in his wife, not just on Sundays, but in every aspect of her life. He started attending church services with Angela, and together, grew deeper in the Word. God was the glue, he said, that kept their marriage together, preparing them for the years ahead, as Christopher went further astray.

REBELLION OF A SON
After being exposed to pornography at the tender age of 9, Christopher was confused and could not comprehend his feelings, and grew addicted to it. He came out as a gay man while pursuing his doctorate in dentistry, frequented gay clubs and jumped from one relationship to another in search of intimacy.

He spiralled out of control. Christopher started taking drugs, and even sold drugs to his classmates and professor to maintain his lifestyle. Three months before receiving his doctorate, he was expelled by university administration. He thought his parents would fight to keep him in school, but Angela announced to the dean that it was not important for Christopher to become a dentist.

“She said, ‘What’s more important is that Christopher becomes a Christ-follower’,” Christopher recalled during the service. He went on to say that many Christians might attend church and worship God, but return home to worship the idol of career and education. “Nothing is more important than following Jesus,” he declared.

He distanced himself further, literally, moving from Chicago to Atlanta. There, he became a supplier of drugs to people in multiple states. To the world, he had it all—money, fame, drugs and sex, and he saw himself as “god”.

It seemed like Christopher was completely unreachable and hopeless. “My wife and I chose not to focus on our own hopelessness, but on the promises of God,” said Leon.

Angela began to spend hours in her prayer closet. In desperation, she fasted every Monday for eight years, and once even went on a 39-day fast. Every day, she stood in the gap and interceded for Christopher, praying that his heart would be changed. 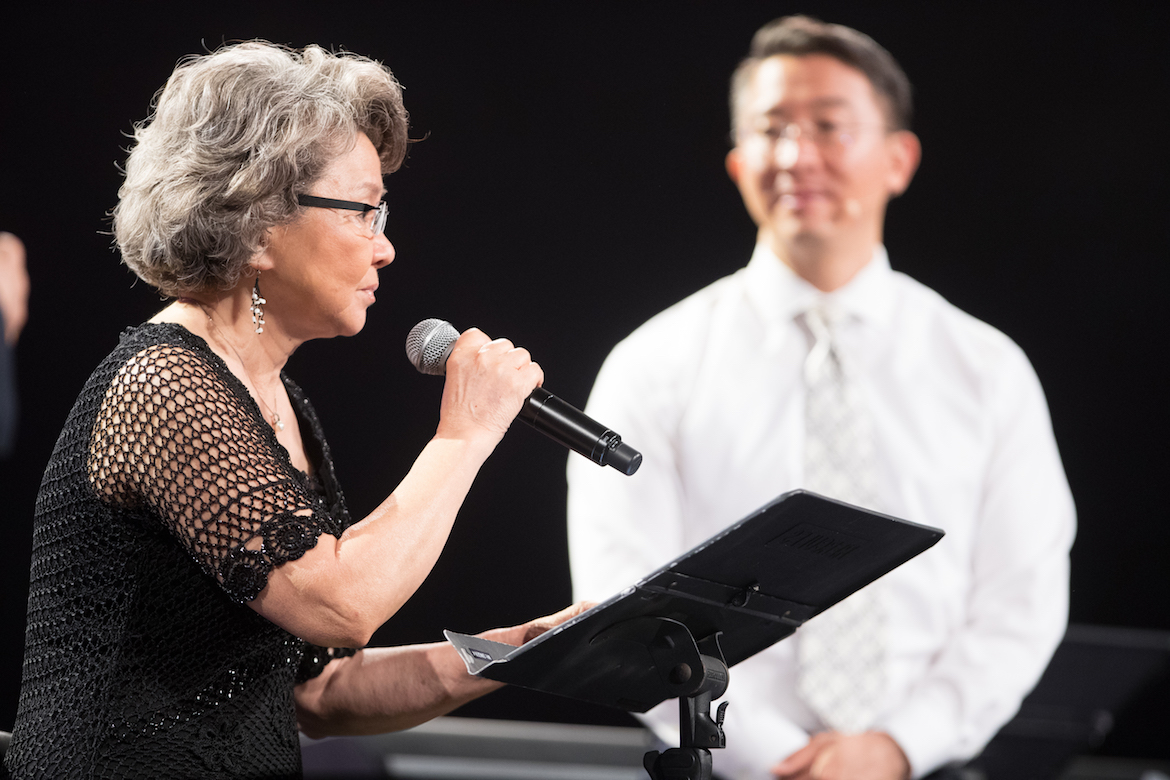 Over the eight years, God’s answer to her was the same: “Wait, be still, and know that I am God.”

GOD’S KINDNESS LEADS HIM TO REPENTANCE
The turning point came when Christopher was arrested and charged with possession of the street value equivalent of 9.1 tons of marijuana. From being an academic, he found himself down in the dumps. That day, none of his “friends” answered his phone calls, and he found himself calling home. When Angela received the call, she showed no condemnation. Her first words were, “Are you okay?”

Quoting Romans 2:4, Dr Christopher told the congregation that it is God’s kindness that leads people towards repentance.

In prison, he walked by a trash can one day, and likened his own life to the sight before him. But something on top of the pile caught his eye—a Gideon New Testament Bible. That night, he read through the entire gospel of Mark. He reminded the congregation that the Bible consists of not just ink on paper, but “the very breath of God”.

Things took a turn for the worse: Christopher was informed of his HIV positive status. When he came out as gay, Angela’s biggest fear was that one day, he would contract this deadly virus.

“My worst nightmare was now a reality,” shared Angela. The news of his HIV status was like a death sentence, a verdict that she was unable to accept. Her body went limp, and she dragged herself to her praying closet. In the midst of her sorrow, a song played in her heart: “It is well, with my soul. It is well, it is well, with my soul.” The Yuans led the congregation in singing this to the Lord.

In his most despondent moment, lying in his prison cell, Christopher spotted something written among the profanities on the wall: “If you’re bored, read Jeremiah 29:11.” With that promise of a hope and a future, God gave him the strength to go from day to day, and convicted him of his idols—money, drugs, and his own sexuality. 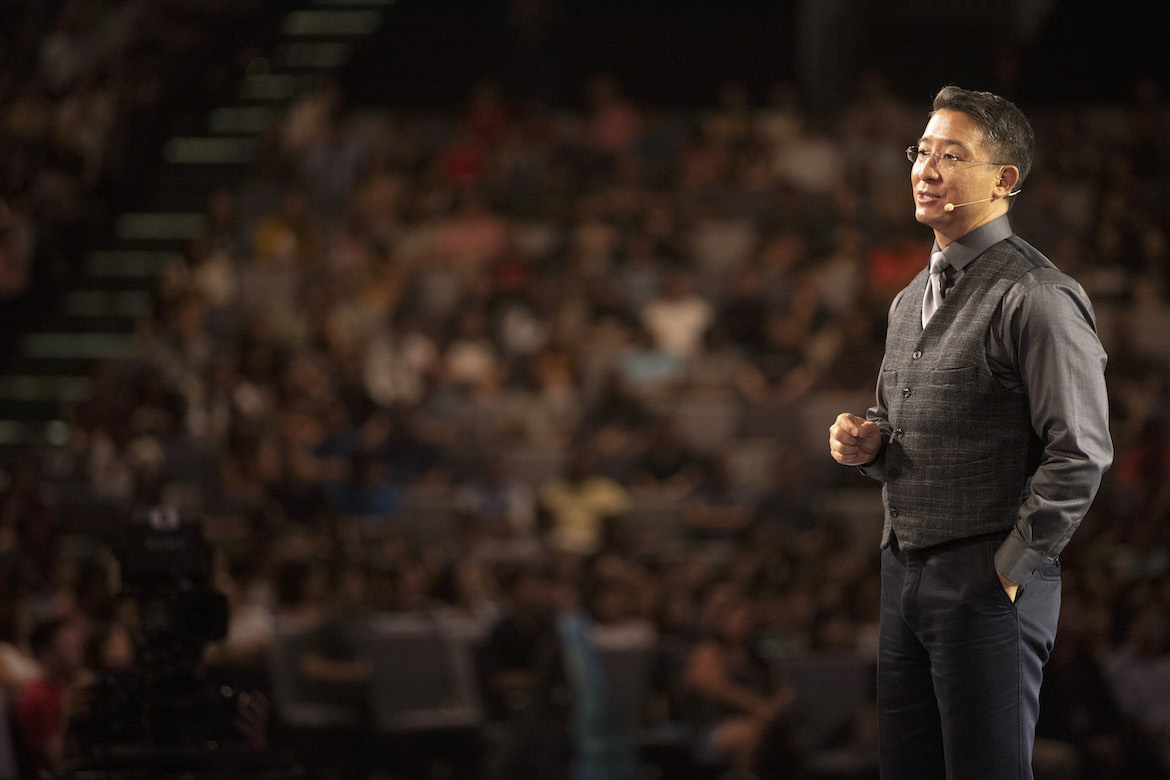 Christopher knew that God loved him unconditionally, but as he read the Bible, he came across passages that made him question a core part of himself—his sexuality. Reading the Bible from cover to cover several times, he hoped to find Biblical justifications for the gay man he believed he was.

He knew he had a choice to make—abandon God and His Word, or live as a follower of Jesus Christ and disallow his desires to control his life. His decision was clear.

NOT DEFINED BY SEXUALITY BUT BY HOLINESS
Dr Christopher shared with the people three key lessons he gleaned from living out his decision: abstaining from sex is possible; abstaining from sex does not make him psychotic, and his sexuality does not have to be the core of who he is.

Unconditional love does not mean God’s unconditional approval of his sexuality, said the teacher. In the Word, God clearly says, “Be holy, for I am holy.”

As he lived in complete surrender and obedience, God began to reveal His plans for him: He called Christopher to full-time ministry. At the same time, Christopher faced an unheard-of reduction in his sentence from six to three years. He applied to and was miraculously accepted into the Moody Bible Institute. He entered Bible school one month after completing his jail sentence.

A NEW CREATION IN CHRIST
Dr Christopher notes that youths today are being flooded with resources on sexuality from non-Christian worldviews. He issued a call for all Christian parents to take responsibility for their own children’s sexuality education.

Christopher and his mother Angela co-authored a book on their own personal experiences, Out Of A Far Country: A Gay Son’s Journey To God; A Mother’s Search For Hope. This book is being used as a textbook in some Christian high schools. Christopher called for parents to embrace the discomfort and stigma to talk about sex with their children—because the world will eventually do so.

Dr Christopher closed with a declaration that God created humans for greatness—not in the eyes of man, but in the eyes of God, which means they come not to be served, but to serve. 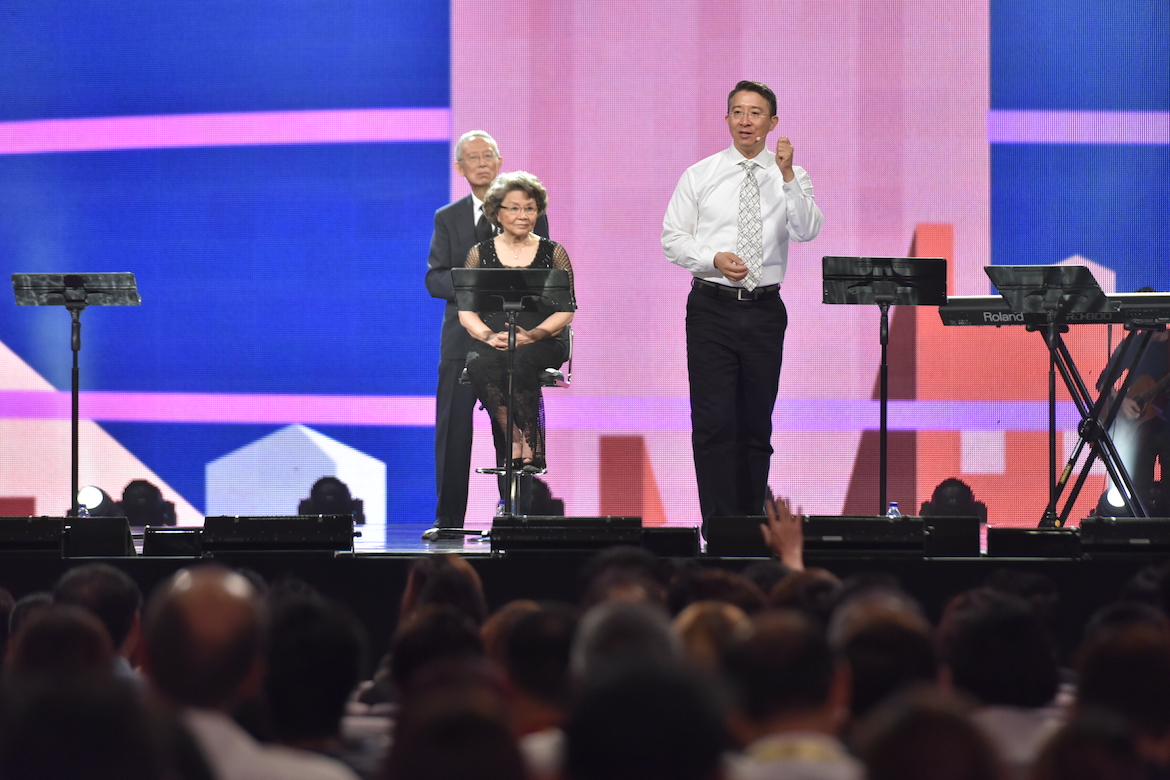 At the end of the service, the Yuans prayed for those who needed miracles in their lives, those who wanted to commit to a life of holiness, and those who want to pursue holy sexuality in their marriage, that they would be able to flee temptation and be holy for His name. Dr Christopher also called for the congregation to commit to being parents who will educate their children on Biblical sexuality.