The Holiness Of God: Dangerous Or Powerful?

What do believers really understand about the holiness of God? City Harvest Church pastor Choong Tsih-Ming explains what it means to “be holy as God is holy”. 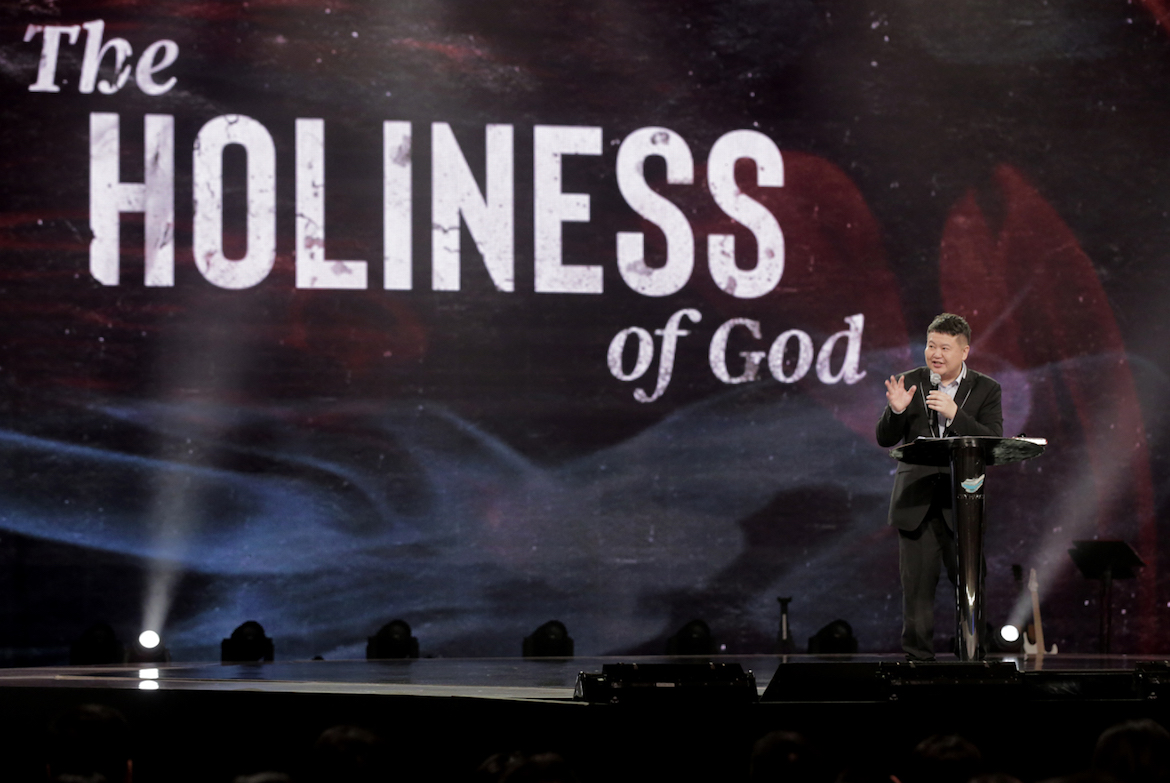 Pastor Choong Tsih-Ming opened his message last weekend (Mar 23 and 24) with an important topic that all Christians should concern themselves with: the holiness of God. Assuring the crowd that he was not about to preach a big list of dos and don’ts, Pastor Ming shared a different perspective of the holiness of God.

Pastor Ming describes the beauty and power of the holiness of God using the example of the sun. It is good to bask in the radiance of the sun but it can be deadly when one comes too close to it because it will burn one up. Similarly, God’s holiness can burn up all that’s impure in a believer.

The Bible mentioned many men and women who encountered the holiness of God. One such example was Moses.

Exodus 3:1-5 tells the story of Moses and his encounter with the burning bush. God said to Moses, “Do not draw near this place. Take your sandals off your feet, for the place where you stand is holy ground.”

The burning bush was the presence of God, and Moses was told to take the shoes off his feet and not to go closer. That showed how overwhelmingly powerful God’s holiness is.

Pastor Ming gave the example of the Holies of Holies, the place in the Tabernacle where the presence of God resided. “The high priest had a job to do,” he said. “Every year on the Day of Atonement, he would go in and offer up atonement for the sins of Israel, and there were very strict instructions he had to follow.”

For the Israelites, keeping oneself pure did not only refer to moral purity but also ritual purity: they had to follow certain rituals to keep themselves pure. Pastor Ming continued, “While being ritually impure was never defined as sinful, the problem was this: the Israelites could not go into the Holy of Holies if they were ritually impure.” 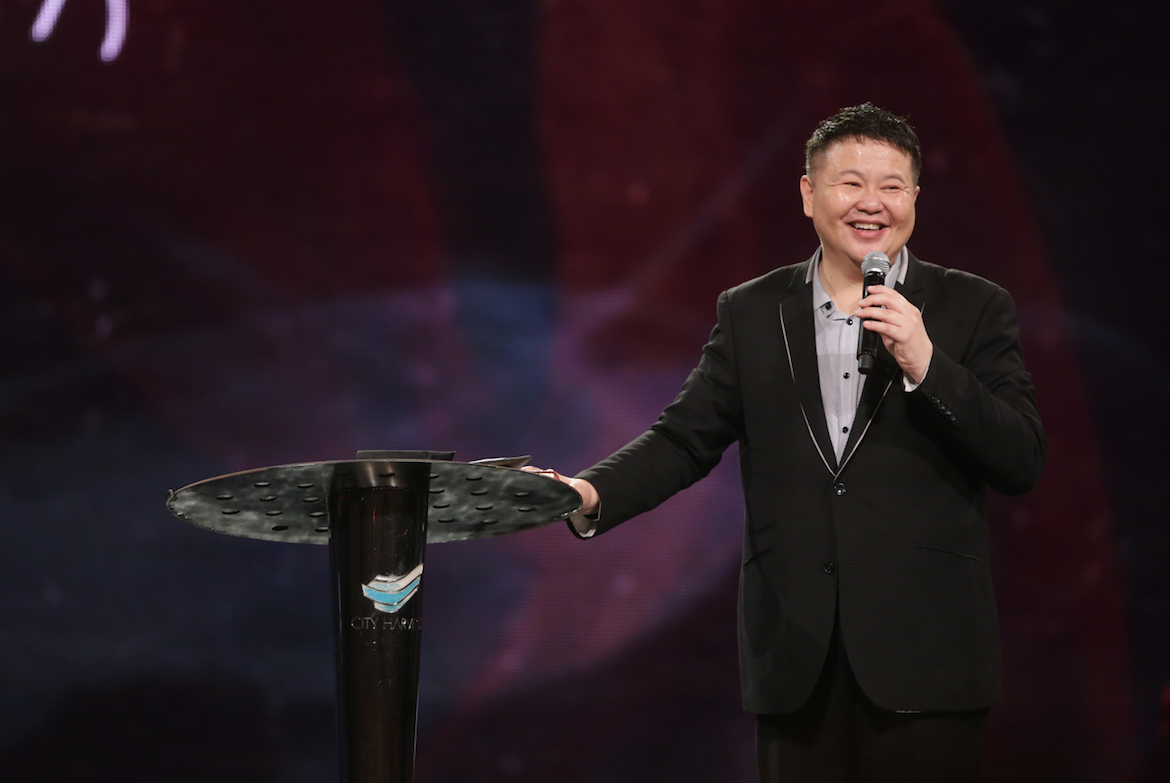 PURIFICATION BY GOD’S HOLINESS
Conversely, there were examples where the holiness of God purified what was impure. Isaiah had a vision of the Lord sitting on a throne, and angels were glorifying Him. Isaiah panicked, because “I am a man of unclean lips and my eyes have seen the King, the Lord Almighty.” He then saw a seraphim fly to him with a live coal and touch his lips with it, saying “See, this has touched your lips; your guilt is taken away and your sin atoned for.”

Ezekiel had a vision where the holiness of God came like a river,  revitalising, restoring and healing the land and the Dead Sea was filled with a great multitude of fish.

“This narrative of God’s holiness, purifying impure things, all lead up to our Lord Jesus Christ himself,” Pastor Ming preached. Jesus came as God’s holiness in the flesh, He went around healing the sick and raising the dead— all examples of how God’s holiness made pure whatever it came into contact with.

So what is the key to having God’s holiness? It is the hunger for God, he taught.

“Throughout church history, men and women who have hungered and thirsted after the holiness of God have been mightily transformed,” said Pastor Ming. “They went on to serve God in their generation.”

HEROES OF FAITH
The preacher shared the stories of three of “God’s generals”, beginning with John Wesley, a great evangelist of the 18th century who founded the Methodist Church.

Wesley struggled with his own salvation. Throughout his teenage years and in his 20s, he was actively serving the church and was even a priest, but he did not have a relationship with Jesus. After an encounter with a group of Germans who trusted God even in the midst of a storm, he started to hunger after God.

His friend Peter Böhler encouraged him to preach faith despite his own struggles. One night, Wesley hesitantly went to church and in that meeting, he “felt my heart strangely warmed”. He was touched by the presence of God and received salvation at the age of 36.

After that encounter, he experienced many tribulations. Yet he found that he was able to conquer them. Not only did Wesley went on to preach with signs and wonders, he left behind a legacy that is the Methodist Church today—named because Wesley’s pursuit of God was methodical, steadfast and orderly. His encounter with God sparked off a revival that has sustained the last 280 years.

Another great man of God was Smith Wigglesworth. He was saved at the age of 8 and shortly after, he brought his mother to Christ. Since then, his passion for souls was ignited and he even started a church with Polly, his wife.

But soon, his business grew and his heart towards the things of God grew cold. He would complain that his wife spent too much time ministering to others and even threw her out one day. But the Lord convicted his heart and he began to seek God again after a 10-day fast.

Wigglesworth went to a meeting as he heard that God was pouring out His Spirit in a new way, and people were speaking in tongues as on the day of Pentecost. In that meeting, he had an encounter with God and he started speaking in tongues. He struggled with preaching in front of the church before, but after this encounter, he began to preach confidently and boldly in front of the congregation.

Pastor Ming quoted Smith Wigglesworth as saying, “God has no use for anyone who is not hungering and thirsting for even more of Himself and his righteousness. God was to flow through you with measureless power of divine utterance and grace, till your whole body is a flame of fire.”

The final hero of faith Pastor Ming talked about was Kathryn Kuhlman, who was renowned for her massive healing rallies. Having met God at the young age of 14, Kuhlman was launched into ministry and started preaching. At one point in her life, she made the wrong choice of falling for a married man. He eventually divorced his wife to marry Kuhlman but for the next seven years, she could not feel the presence of God.

One day as she was walking down the road, she saw a sign that says “dead end” and she walked towards it. When she reached the dead end, the presence of God filled her. There and then, she surrendered herself to the Lord and made the decision to leave the man. From then on, her ministry took on a new dimension of the presence and power of God.

Kuhlman received the revelation that if she could create an atmosphere where Jesus can reside in, then people would get healed. People in her meetings would get healed without being laid hands on.

WHAT IT MEANS TO PARTAKE OF HIS HOLINESS
Through these three examples, Pastor Ming explained what it means to be a partaker of the holiness of God. “Number one,” he said, “in everything you do, honor God.

“Number two, we’ve got to show love,” he added.

The third thing that a Christian needs to do is to abstain from sin.

Pastor Ming told the congregation that the fourth thing believers needed to do was to serve others. All of the three great men and women of God he talked about did all these three things, and they served God with their lives.

Closing with an altar call to young people under 20 who wanted to surrender their lives and commit to pursuing the holiness of God, Pastor Ming encouraged the members of City Harvest Church to put God first in their lives. Quoting Charles Spurgeon, he said, “What He has done once, is a prophecy of what He intends to do again. Whatever God has done…is to be looked upon as a precedent.” The Power Of Praying In The Spirit: Choong...

“Let Songs Come Out Of Your Journey With...