Daniel Teh At TEDxNTU: Honoring Those With Special Needs

City Harvest Church member Daniel Teh, founder of social enterprise Pope Jai Thai, was invited by the TEDxNTU team to share his story on August 26 this year. He spoke on the culture of honor towards those with special needs. 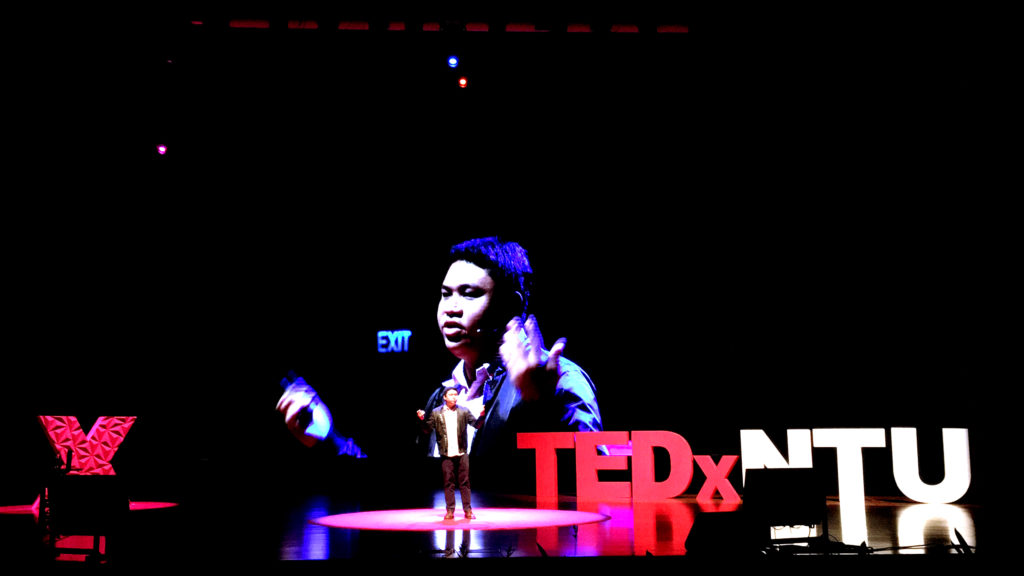 “In Singapore, I am what you call, an Ah Beng,” said Daniel Teh to a 3,000-person audience at the TEDxNTU Auditorium at the Nanyang Technological University.

In local slang, to be an Ah Beng means to be a gangster.

When Daniel Teh was growing up, he often got into trouble with the law. He struggled with drug abuse and got involved in numerous gang fights, resulting in multiple arrests.

The final time he was arrested, he was placed in lockup with some other offenders. He was surprised to find that some of them had special needs and mental conditions—he never knew that such people existed in Singapore.

One man in the lockup who had special needs was exploited by the other inmates who would force him to commit theft. Daniel’s heart ached when he witnessed how that man was bullied. Over the duration of his sentence, he reflected on his past and re-evaluated his attitude towards life. He came to the realization that the main causes of repeated penalties were his ego and bad attitude.

“I learned to see things from a different angle,” he told his audience. “This experience molded me to be a better person. In the past when needs arose, I would simply walk away; but now, when I see a need, I would approach it and meet it.”

Following his release, Teh went on to hospitality school Shatec to upgrade himself. After graduating, he went on to get a job where he witnessed, first-hand, the rejection and discrimination that the people with special needs faced. It was then  he decided that something needed to be done.

In 2012, instead of going back to work at fast food restaurants as a means of funding his cigarette and drug habits, as he used to do, Daniel decided to set up a food business, because he believed food was something everybody needed and so it would be a sustainable business. That would allow him to create job opportunities for those with special needs.

He was determined to make helping people part of his lifestyle, to bring a culture of honor into the workplace, to respect the dignity of those with special needs and give them not just a job but a vocation.

“I learned that jobs are just a source of income, but a vocation is a passion you are willing to live for,” he explained.

After cutting his teeth on a number of businesses, at which he tested out the employment of special needs persons, Daniel opened up his own restaurant, Pope Jai Thai, at Scape. 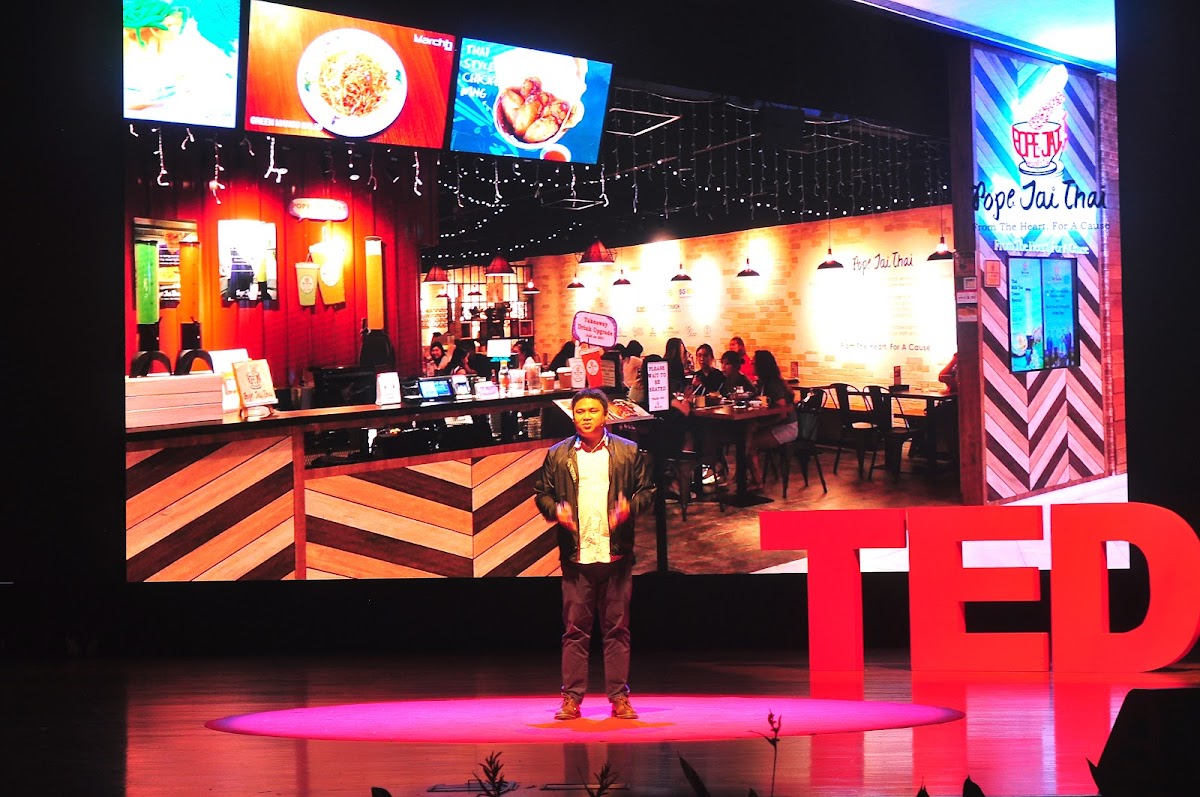 Daniel’s dream was to create an environment in which employment opportunities would be readily available for people with special needs—at the same time, it would be a restaurant that served good and affordable food. His ultimate goal was to empower his employees and provide them with a chance to be part of society.

In order to create a more conducive work environment for his employees, Teh modified the workplace to cater to their various needs. He redesigned tools for them, such as a modified chopping board for visually impaired employees, so that they could cut up food with ease and consistency. He even had the cashier counter lowered and widened for wheelchair-bound employees to access the cash register and move around freely. This restaurant was a means for Teh to create outreach and provide inclusiveness.

Throughout the years, Pope Jai Thai has changed the lives of many individuals. One young lady who was referred to Teh was born deaf, with an abnormally small heart that had a hole in it. She was very fearful and had low self-esteem, and she had difficulty even trying to have a simple conversation with her family. However, since she came to work at Pope Jai Thai, she became more positive, even displaying a great willingness to learn. She was first assigned to the beverage area, and when she excelled at that, she became a kitchen worker, and also a cashier.

From someone who had low self-esteem and trouble conversing with others, she now runs the cash counter all by herself, and has no difficulty managing payment and interacting with customers. She is even able to communicate with strangers confidently by herself.

“The culture of honor is the belief that everyone—including those with special needs and those who are disadvantaged—has the seed of greatness in them,” said Daniel after the event. “Focus on someone’s strength, not his weakness.”

His talk clearly inspired the young audience at the talk, who asked many questions. “I hope that they walked away from my talk remembering that the culture of honor begins with them, and that it needs to be practised—a lot!” he added. “I also hope they will learn to be problem solvers, not problem givers!”

Today, Pope Jai Thai employs eight groups of beneficiaries, and is a sustainable business equipped with the ability to impact lives. Pope Jai Thai was the deserving winner of the 2017 Youth President Challenge Social Enterprise award.