With the annual Formula One race happening last weekend, Pastor Aries Zulkarnain delivered a timely message on the importance of taking pit stops in the race of life. 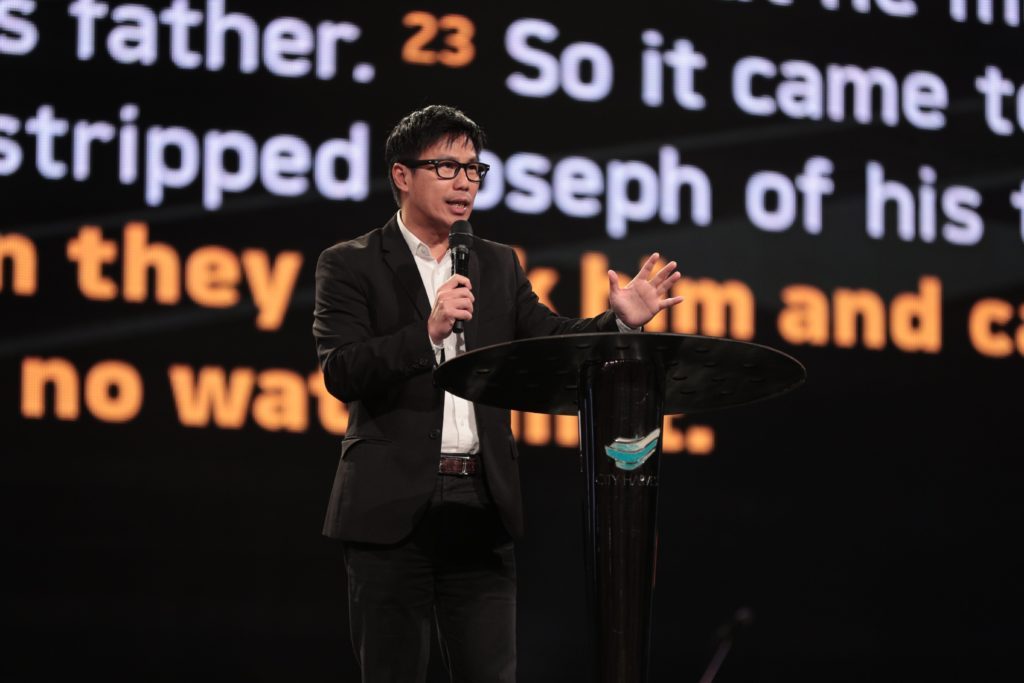 The weekend of Sep 15 and 16 marked the 11th edition of Formula One in Singapore, which took place, as usual, at Marina Bay Street Circuit, at the doorstep of Suntec City.

In keeping with the spirit of Grand Prix, City Harvest Church’s executive pastor, Aries Zulkarnain preached a message on pit stops, a topic racing fans are familiar with. Pastor Aries opened with the story of Joseph in Genesis.

“It is easy for us to identify with Joseph, because we too have great dreams and visions from God,” the pastor pointed out. “However, whenever we serve God, we often anticipate acceleration towards that dream.”

Instead, Joseph faced great opposition. His family was unsupportive of his dreams, and his brothers were so jealous of him they wanted to kill him. But the oldest brother Reuben intervened and suggested that they toss him in a pit and spare his life.

“This shows that even when the devil plots against you, God still keeps his plan for your life,” Zulkarnain said.

Joseph’s dreams that his family would bow down to him seemed to be over, and he found himself, quite literally, at a pit stop in his life.

WHY ARE YOU STUCK AT A PIT STOP?

Racing drivers don’t like pit stops, because stopping slows them down. Their winning strategy is often to make as few pit stops as possible, to avoid any delays.

For most of us, our strategy in life is similar: we want to achieve our dreams at the fastest pace possible with as few hiccups as possible.

“Pit stops are an inconvenience, but they are a necessary inconvenience,” Pastor Aries said. “Pit stops are where the vehicles get refuelled, and their tires get changed. It’s where drivers get a brief break from driving. Most of us view pit stops as a means to stop us in our pursuit for success, but the truth is, we all need pit stops in life in order to last the distance and finish the race.”

He went on to remind the congregation that dreams are achieved by persistence, not performance. In Joseph’s case, God had plans to transform him from a dreamer into a redeemer.

The problem with Joseph was that he was so busy dreaming, he was out of touch with the world. He lacked the skills to be the redeemer that God meant for him to be. Hence, God allowed him to take that pit stop so he could finally get the wake-up call he needed, explained the pastor.

“One of the most destructive things we can experience is the loss of connection between who God is and who we are,” added Pastor Aries. “Some people are too ‘in heaven’ that they forget how to live on earth, then they are of no earthly use. Others are too worldly and not kingdom-minded at all.”

When a person goes ta crisis, he is forced to look within himself.

“We need to ask God what we are supposed to learn in each crisis,” the pastor said. “Is it a flaw in our character? Irresponsible behavior? Then we must humble ourselves, so that God can come and transform us.”

He shared that life is often like an F1 race–everyone speeds through life in circles, racing to get ahead of one another. In the midst of living life on the fast lane, it is easy for one to get disconnected from God.

“This is why God gives us the Sabbath, the day of rest. That is our weekly pit stop, a time when we come to the house of God,” explained the pastor.

Besides being a place to recharge and connect with God, the house of God is also a sanctuary, where those in crisis can seek refuge.

“Something happens when you come into church with your crisis,” said Pastor Aries, “Christ enters your crisis and redeems it for His purpose.” 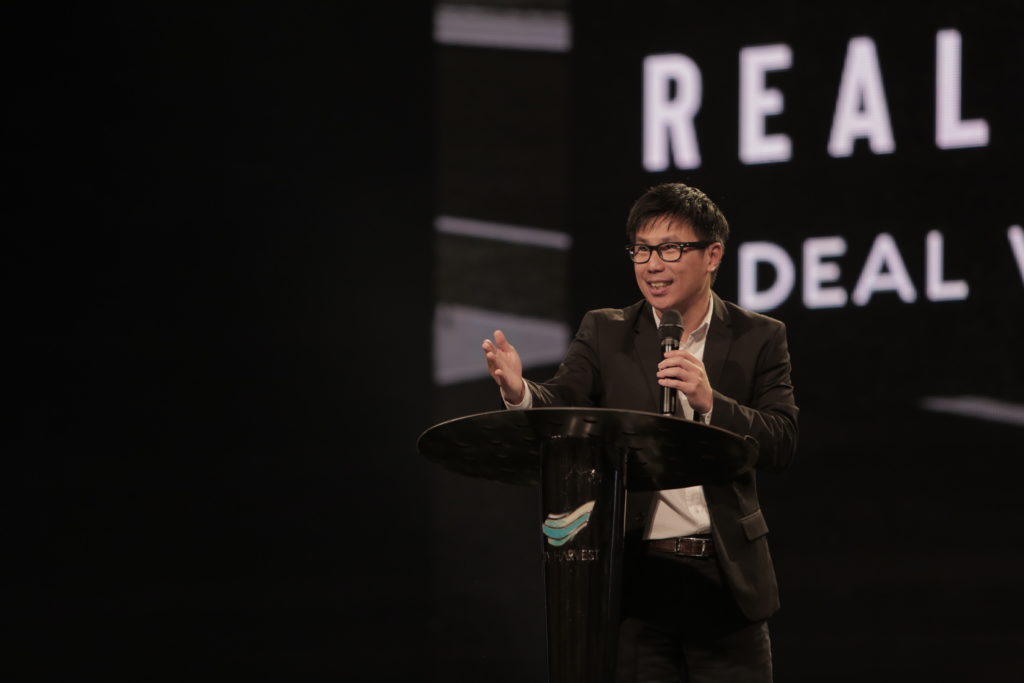 ALWAYS RUN BACK TO GOD

The pastor went on to share the example of David. On the one hand, he was a brave warrior and the slayer of Goliath, but on the other, he was a murderer and an adulterer. Yet God preserved his legacy to this day.

“One lesson we can learn from David, he never withdraws from the presence of God,” Pastor Aries pointed out.

In 1 Samuel 21:1-2, David had gone from being the chosen future king to a fugitive hunted by King Saul. In his darkest hour, he chose to go to the house of God, to seek refuge.

Yet when facing the priest Ahimelech, David chose to lie about why he was alone.

“God wants us to deal with the reality of the pain of life, and not just become more ‘religious’,” advised Pastor Aries. “As soon as we acknowledge God over our crisis, He grants us the strength and the grace to deal with it.”

David arrived at the temple hungry and Ahimelech gave him some bread which had been offered to God.

The pastor expounded: “When we are in a crisis, we become hungry too. We realize that nothing in this world can satisfy our hunger. The pit stop is where our senses get sharpened and we will be able to differentiate between real hunger from worldly greed.”

When David asked Ahimelech, for a weapon, the priest pointed him to the sword of Goliath, hanging on the wall behind him.

This was the same sword David had used to cut off Goliath’s head. Zulkarnain taught that the sword represented the believers’ prayer life. What had once been their weapon of warfare had been forgotten in the busyness of life—in the same way Goliath’s sword had become an old relic hanging on the wall. In searching for a new weapon, David rediscovered his old one.

In closing, Pastor Aries urged the congregation to pick up their “weapon” and start praying again, and “God will give you a second wind to last the distance to finish the race.”