Kingdom Invasion 2018: The Rising Up Of Daniels and Esthers

A special report on the four-day conference (March 13-16) that saw a gathering of international believers come to be equipped and empowered for a worldwide harvest of souls. 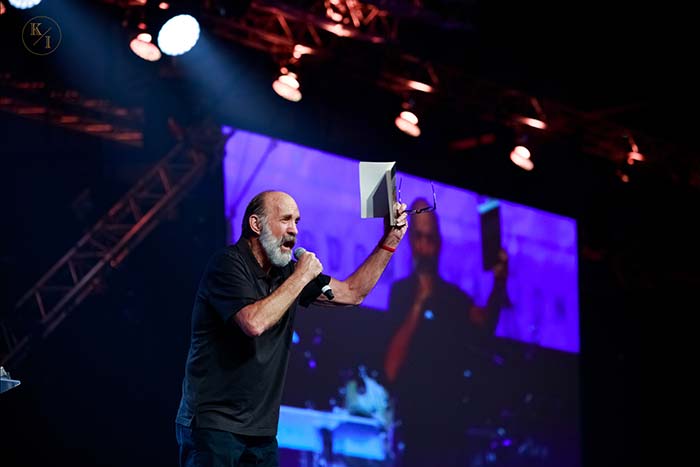 Exactly 40 years ago, in 1978, evangelist Billy Graham had prophesied at his crusade at the Singapore National Stadium that Singapore will be the Antioch of Asia.

On the opening night of Kingdom Invasion 2018 this past Tuesday (March 13) at Singapore Expo Hall 8, American revivalist Lou Engle recalled this prophesy. He said that in the wake of Graham’s passing last month, Singapore was at a pivotal time in its history; one of the key words released at Kingdom Invasion 2017 was that God was coming to Singapore in 2018 for a cyclical review of that Graham prophecy.

Engle exhorted those in the marketplace fast and pray like Daniel the prophet to release divine revelation for Singapore to be the Antioch of the East and transform the economies in the region.

In a dream he had about Singapore, Engle saw that there were two books that were needed—the books of Daniel and Esther in the Bible. He prophesied that there will be a rising up of Daniels and Esthers to usher in the prophetic destinies of nations around Singapore. “In fasting, you set the landing strip for divine revelation!” Engle declared.

He also pointed out that Singapore’s leaders had kept the nation on course toward its calling as a transformational hub for other nations.

He added, “You don’t just dream your own dreams—you dream the dreams for your time. When Daniel understood it was time, he set his face to fasting. To turn the nation back, to loose the bonds of the captives. There should be a hunger for the voice of God when we sleep. Ask God for dreams. Stop doubting your dreams!”

Over the next three days of the conference, attendees were challenged, set free, empowered and equipped to live out the Great Commandment and Great Commission. Baker, who ministers among the poorest of the poor in Mozambique, challenged the people: “What if the poor are billionaires? As long as they don’t have Jesus they are dying, and you have food! It’s time for the Singaporean church to share again—we need to rise up and go, and never stop going.”

At Silvoso’s sessions, what was particularly noteworthy—amid the dramatic testimonies on nation and marketplace transformation—was his teaching on loving oneself well.

He compelled the people to be free from offense by applying the power of grace in their lives. “Christ has already taken the sting for the terrible thing done to you, or by you,” he said. “When grace is applied to sin, God turns evil into good.” KEYS TO POWER AND REVELATION

New additions to this year’s lineup of speakers included Suzette Hattingh and Ben Fitzgerald, both of whom preached with extraordinary honesty, vulnerability and impact.

Hattingh, who was the lead intercessor for Reinhard Bonnke’s crusades in Africa for many years, led a workshop in which she gave the blueprint for intercessory prayer. One has to enter the highest place in the spirit—the holy of holies, to receive power and revelation, before administering it in the natural through prophesy and declaration, she taught.

“Before you go to war, you have to love.”

It was critical for believers to remember that their very first calling was to fellowship with God, before evangelizing, going for missions or even interceding for others. “Worship is the highest form of service,” she said. At other workshops, prolific teacher and senior pastor of Bethel Church in Redding, California, Bill Johnson, taught on the purpose of prosperity, defining prosperity as the absence of fear and anxiety. “When favor is given to us, it is always for the benefit of those around us. The people around me have to be better off because of the favor of God on me.”

Johnson challenged the people to press in God’s blessings in all areas of their lives. “We owe the world a blessed life. If God doesn’t bless me, the world will not know what He is like.”

Economists Bruno Roche and Jay Jakub shared groundbreaking approaches to business model innovation with the potential to transform business into a force for good. On Thursday night—all night sessions were open to the public—Fitzgerald shared his testimony of how God saved him after a family tragedy pushed him into a life of vice, brokenness and emptiness. He gave an altar call which saw over a hundred receiving the gift of salvation.

Over the few days, the Holy Spirit moved amid the people: there were manifestations of healing and deliverance from physical, spiritual and emotional bondages, as well as fresh consecration and divine encounters of impartation.

One testimony published on the Kingdom Invasion website read, “I came in proxy of my cousin who has been in a coma for a few days. Doctors have said that it was due to brain infection. I showed the healing team my cousin’s photo and they prayed for her. The next day, I received a call saying that my cousin has woken up!” On the final night of the conference, there was a palpable urgency for unity as Yang Tuck Yoong, senior pastor of hosting church Cornerstone Community Church, rallied the leadership of Singapore’s local churches up to stage to take Singapore into its God-given destiny. “Asia for Jesus!” he declared.

At its core, Kingdom Invasion is about activating believers and churches to take up the Lord’s mandate to bring the Kingdom of God into the world.

Businessman and entrepreneur Kenneth Yu from Malaysia, a four-time attendee, noted that the conference started out as a “healing and deliverance” event but over the years, it has expanded in scope and focus to include ministering in the marketplace and the art of intercession. “Kingdom invasion is not just about signs and miracles, but about the real transformation of cities and nations,” he said.

Attendee Cynthia Yen, from Singapore, said of this year’s conference, “The speakers were anointed, and it was a great atmosphere, with many people open and willing to receive God’s word.” 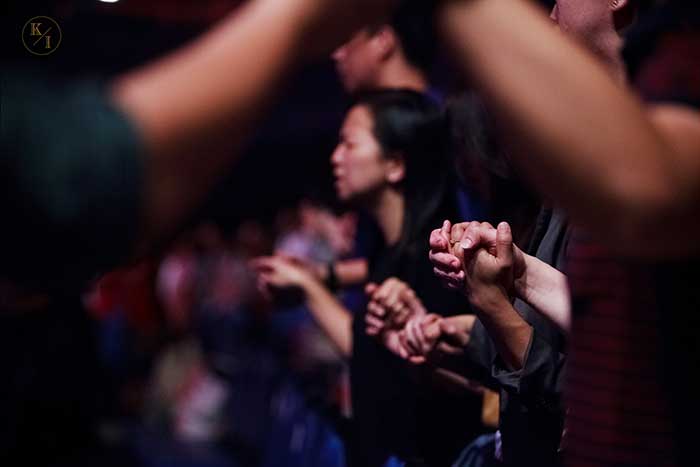 Rise Up To The Calling Of God: Heidi...