A Year At The Bethel School Of Supernatural Ministry

City Harvester Ryan Sean Flores enrolled in the two-year Bethel School of Supernatural Ministry in 2018. He shares how his first year at the school helped him rediscover his identity in Christ. 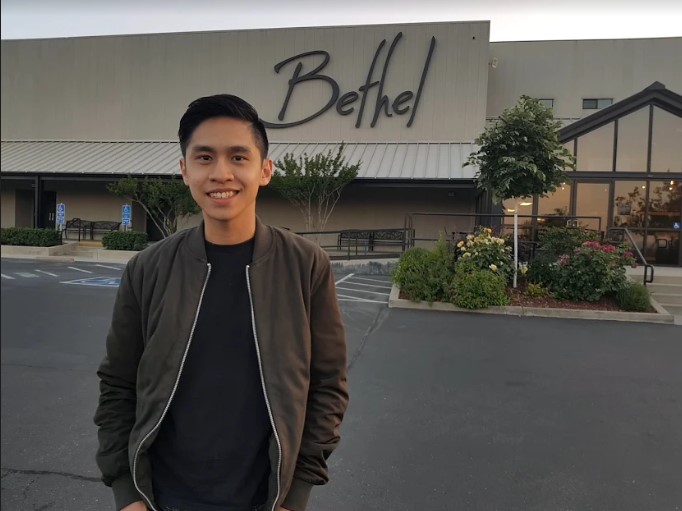 Ryan Sean Flores made a decision to serve God in his youth, when he attended an Emerge Conference at City Harvest Church for the first time. Years later, he would become a worship leader at the church’s Emerge youth meetings.

As a worship leader, Ryan knows that there is a reason for his talent; therefore he constantly seeks to improve his craft for God’s glory. Building relationships with the people he serves with and seeing people worshipping and being ministered to during worship, are some of the many reasons why Ryan enjoys serving in the ministry.

“Serving God is not always easy as you have to sacrifice time and energy, so it’s nice to depend on God and see how He works,” says Ryan.

However, Ryan found himself standing at a crossroads in 2018: he had to decide between attending Bible School or pursuing a career. Deep down, he yearned for a refreshing encounter, in terms of culture, environment, perspective of God and ministry. He made the choice to attend the Bethel School of Supernatural Ministry, a two-year course that is a ministry of Bethel Church in Redding, California.

“I didn’t apply to anywhere else besides Bethel,” Ryan revealed. He committed his application to God and had a strong feeling that he would get in. True enough, in August 2018, he embarked on a new journey with the Lord.

GOING BEYOND HIS COMFORT ZONE
One of the first lessons Ryan learned was the truth about his identity. Having served in CHC’s worship ministry, Ryan had subconsciously placed his Christian identity in being a part of the ministry rather than in God. At BSSM, he was reminded that he should identify as a child of God, rather than be defined by what he has done or achieved.

“I didn’t know what other talents and abilities I had, other than worship,” he says candidly. “I thought my heart’s desire always laid in worship, but God knew that I was supposed to grow in other areas, such as prophesying and preaching. Mostly, God pushed me in the direction of encountering His love more, and discovering who I am in Him without ministry.”

At Bethel, Ryan joined the Healing Rooms, a ministry that creates a place for God to bring life, wholeness and love to those suffering from physical ailments. “I wanted to witness God’s healing power and be trained and equipped to pray for healing,” he explains. 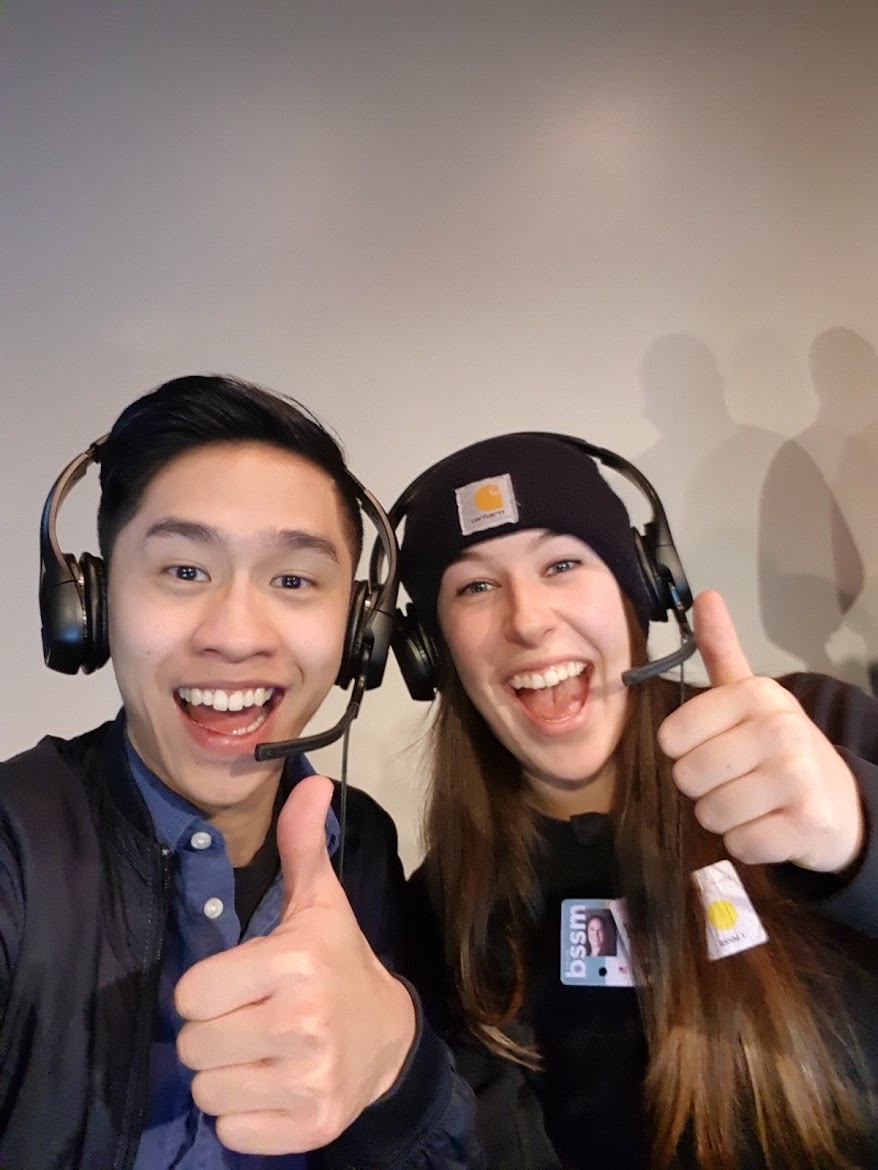 Praying for people over Skype at the Healing Rooms

The ministry is not focused on formulated prayers, and also does not limit believers on how to pray for people. For example, someone with a leg injury might be asked to start dancing on the spot, as a step of faith.

“I saw someone’s leg growing out, to match the length of the other leg,” says Ryan. This was just one example of the many healing miracles he witnessed during his time there. People travel from all over the world to visit the Healing Rooms, or choose to receive prayers via Skype on Saturday mornings. The goal is always to make visitors walk out feeling better, and having more hope about their situation, even if healing does not take place immediately.

Another element that nurtured Ryan spiritually was being surrounded by a caring community. His Revival Group Pastor, Lindsay Coil, fostered a healthy environment for the students through the way they honored and loved each other. She was also very open and always there whenever they needed her. Beyond that, Ryan saw how God provided for him in an entirely new environment. “God was so intentional throughout this journey,” he says. “He brought people into my life. When I fell sick, friends took care of me. It was also hard to find housing in Redding, but I was offered a place to stay by someone.”

For missions, students were given about 80 locations around the world to choose from. Ryan’s top three choices were Kuwait and Jordan, Spain, and Mexico. He says: “I have a passion the Middle Eastern countries first. The day after I submitted my application, I went to the Healing Rooms to observe and also receive prayers. Two Spanish students prayed for me and I felt it was a sign that I was going to Spain.” True enough, he was assigned to Spain by the school missions department.

EXPERIENCING GOD THROUGH MISSIONS
A school alumnus told Ryan to give his family and friends a chance to sow into the Kingdom of God, because not everyone will have the opportunity to go to Europe for missions. He started to raise funds for the trip to give people a chance to go on a mission trip with him, not physically, but financially and spiritually. “My friend blessed me with a few hundred dollars, and subsequently, he was blessed with a few thousand dollars himself,” Ryan said.

During the trip, Ryan heard from God very clearly – names of the people to pray for, and what to pray for them. Another girl on his team would get images of who to pray for, so she would paint them out in the morning, and identify the person when they reached the venue.

“The mission trip strengthened my belief in God, and strengthened my relationship with Him. I know that He is always speaking, and it is my responsibility to seek out what He is saying,” says Ryan. He added that he now has a very different mindset to serving God and the way God looks at him. The revelation that God’s power is not limited to his inadequacy helped build up Ryan’s confidence in praying and ministering to others.

He says: “I now know it doesn’t depend on my ups and downs, or what I can do. I know that God is always powerful, always able, always willing and always speaking—so now I depend on His power more, rather than myself.” 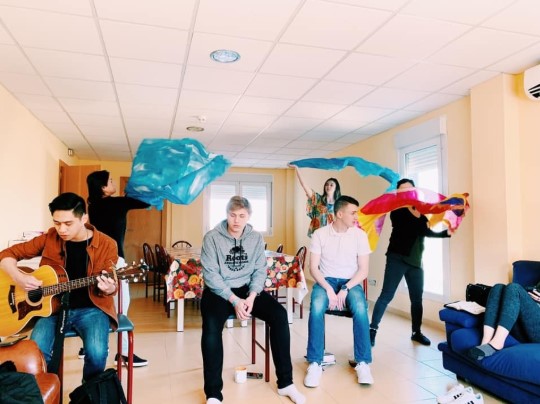 UNDERSTANDING HOW GOD SEES HIM
One day at a Q&A session with Pastor Bill Johnson, Senior Leader of Bethel Church, Ryan asked, “People always say that when it comes to God, there is no striving and there is always rest in His love. What does it mean?”

Pastor Bill replied, “Resting in God means performing from your identity.” When praying for someone, a person does not pray for the victory, but pray from the victory—because Jesus has already won the victory and the person is just claiming and receiving it.

During his past year at Bethel, Ryan’s understanding of how God looks at him changed.

“I learned that we don’t perform for identity, we perform from identity. We don’t achieve or do things to become children of God, or to be blessed by God. But it is because we already are children of God, and blessed by Him, thus we are given the responsibility to do these things,” he explains.

Another thing he learned was to be the best version of himself—a takeaway that was truly liberating for him. “I learned to step into what God has made me to be, and be comfortable with myself,” he shares. Ryan now finds security in his own style and way of doing things, instead of trying to be a copy of someone else.

Back in Singapore during break earlier this year, Ryan served in a series of Emerge meetings, and revealed that he is less nervous on stage now. “I put aside the self-conscious fear of making mistakes because I know that I can rely on God’s power and not on my singing,” he reveals.

Ryan is currently back in Redding for his second year of studies, believing that God will continue to do a work in him. “God is not limited by space and time, but it just so happens that Bethel is what God is using to build me up. This is my journey of obeying God and sacrificing to Him in my own way.” 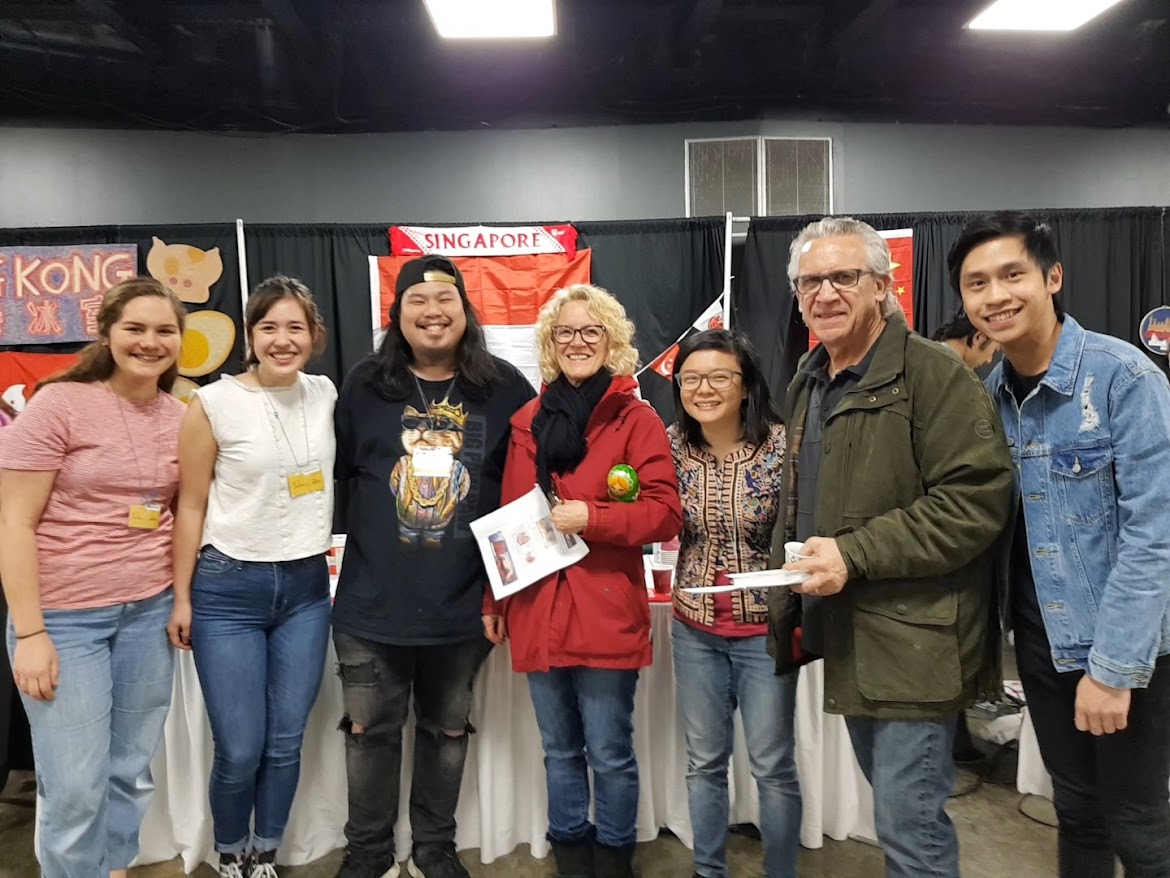