Jesus gave His believers a great assignment. To accomplish the assignment, believers need to learn to host the Spirit of God. Guest speaker Bill Johnson delved deep into hosting the presence of God. 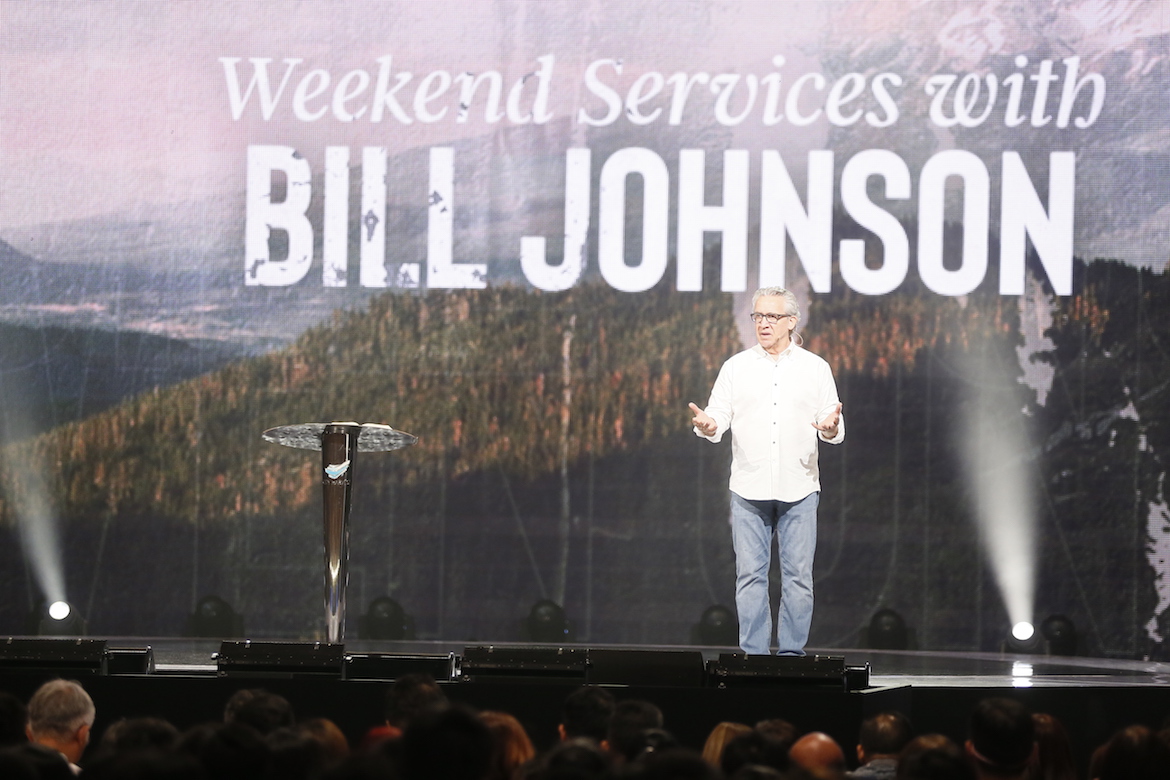 “Jesus chose to live as a human being with two qualifications: Without sin, and empowered by the Holy Spirit,” said Bill Johnson last Friday at City Harvest Church.

The senior leader of Bethel Church in Redding, California preached three services last weekend, starting on Friday, Feb 15. At this first meeting, Pastor Bill spoke about hosting the Holy Spirit, explaining that believers can change the atmosphere around them when they learn to turn their affection towards Him.

WORKS OF THE HOLY SPIRIT
Pastor Bill shared that he had always marvelled at the miracles Jesus did. But when he started to understand that Jesus did those things as a man submitted to God, Pastor Bill realized he himself could no longer be satisfied to stay the same.

“We are tasked to heal the sick and cast out demons,” he recounted. “We may not do it well, but we don’t have the right to change the commission.”

He drew the church’s attention to the story of the woman of the issue of blood in the Gospels. “Everyone in the crowd was pressing in, but He was able to feel the Holy Spirit moving to touch the woman. How did Jesus live in the constant conversation with people’s needs and be so aware of the presence of the Holy Spirit? I asked God to teach me that as it’s not in the pages!”

A revelation is an invitation to an encounter with God, Pastor Bill went on to say. It serves as transformation. John 5: 39-40 says that the Pharisees searched for God in the Scriptures but they were unwilling to come to Him for an encounter.

“Like the woman of the issue of blood, everyone in the crowd had access to whatever she had. It was her touch that was different,” he said.

“I don’t want to develop intimacy with God just so that He will bless me. That’s professional intimacy,” declared Pastor Bill. “I want to develop tenderness so that He is giving me the most incredible invitation to turn my affection towards Him, to be the one who simply loves Jesus.”

Going to the temple was Peter’s daily routine. Word spread that the shadow of Peter can heal the sick and people brought the sick into the streets to wait for Peter to pass by.

“Your shadow will always release whatever overshadows you,” he explained. “The Spirit of God is in me for my sake but He rests upon me for yours. To simplify it, the Holy Spirit is in every believer but He does not rest on every believer. It is a privilege to host Him and allow Him to change the environment we walk into.”

Pastor Bill told a story of how he used to buy lunch from a small grocery store and each time he would check in with the store owner who had become his friend. Before he entered the store, he would take a moment to be aware of the Holy Spirit resting on him. One day, the store owner pulled him aside and told him there was something different about him.

“There were many believers there in the store, but I might have been the only one who had turned his affection towards the Holy Spirit before walking in. Whatever you are most aware of is revealed through your countenance,” he added.

He reminded the congregation that they are atmospheric people and they can change the atmosphere around them.

Reading from John 8, the pastor encouraged the congregation that Jesus is the Light of the world. If they find themselves living in a dark place, they need to arise and shine just as Jesus has commanded.

“The devil has never been a threat to God. The devil exists so that we can be trained to rule and reign with Christ,” stated Pastor Bill. “Here’s the deal: Jesus did not live in reaction to the devil but in response to the Father. He ministered out of the place of rest, and not out of striving. Faith does not come out of the place of striving but of surrender.” 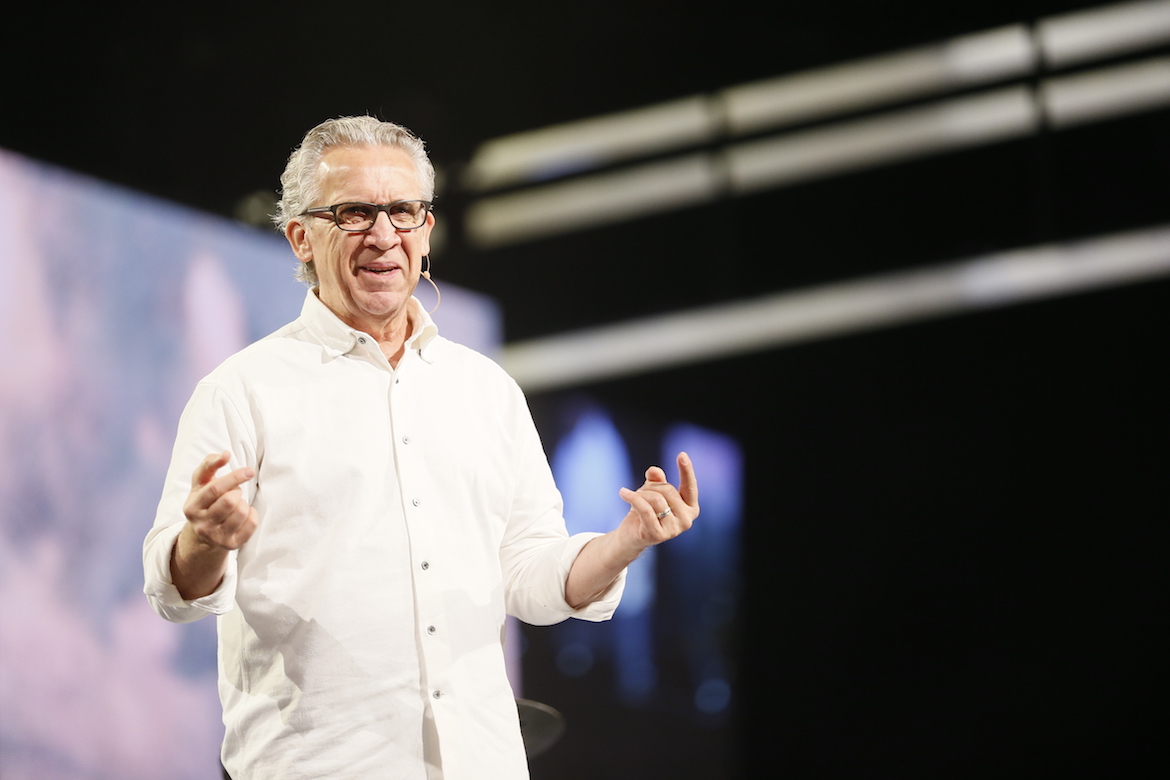 In Mark 1, when Jesus came to John the Baptist to be baptised, He demonstrated what it meant to be an intercessor. Pastor Bill explained that the baptism symbolizes the repentance of sin but Jesus was blameless.

He elaborated. “To be an intercessor means you need to stand in the shoes of another and plead for their case as though it was your own. Jesus identified with the sinners in baptism.”

Pastor Bill also noted that intercession is not pointing fingers at others in prayer. “Whenever we accuse in prayer, God has to defend the person as we are misusing our authority,” he cautioned.

HOW TO HOST THE SPIRIT OF GOD
The Bible says that the Spirit of God descended on Jesus like a dove (Mark 1:10) “How would you walk if you knew that a dove is on your shoulder?” Pastor Bill asked the people. “Caution might be the common word. But I’d say you will move every step with the dove in mind, to protect what you value the most.”

“How do you actually do that?” asked the preacher to the laughter of the people, before proceeding to illustrate from Scripture.

Reading Genesis 8:6 -12, in which Noah sent out the dove several times after the flood and the first few times, it returned to him, Pastor Bill explained that, like a dove, the Holy Spirit only rests when there is a landing place.

In John 20, Jesus was visiting the disciples three days after He died on the cross. In John 20:19, He said to them “Peace be with you”. But the disciples did not recognize Jesus until He showed them His scars. Jesus repeated “Peace to you” when He saw that they were glad to see Him.

Pastor Bill explained that when Jesus said “Peace be with you” the first time, His words had nowhere to land because the disciples were in shock and did not receive it. Only when they recognized Him could they receive the words.

“In the Kingdom of God, Peace is a person,” he explained. “Jesus released a person when He spoke.”

In John 6, Jesus said that His words are spirit and they are life. “So when He walked into the room and He says ‘peace be to you’, it wasn’t just words; He spoke and presence was released.”

Pastor Bill also noted that Jesus followed up His blessing of peace with this: “As the Father sent Me, I send you”. He explained that Jesus had two primary assignments: one, to reveal the Father, and the second was to release the presence. Believers have the same assignments.

What does it really mean when believers pray, “On earth as it is in heaven”? When Jesus said “Seek first the kingdom”, He was asking believers to make it a priority to seek for the manifestation of God’s dominion in that situation. Where there is torment, seek for peace to drive out the torment. When there is poverty, break the cycle of poverty because there’s no poverty in heaven. That is kingdom reality manifesting on earth. 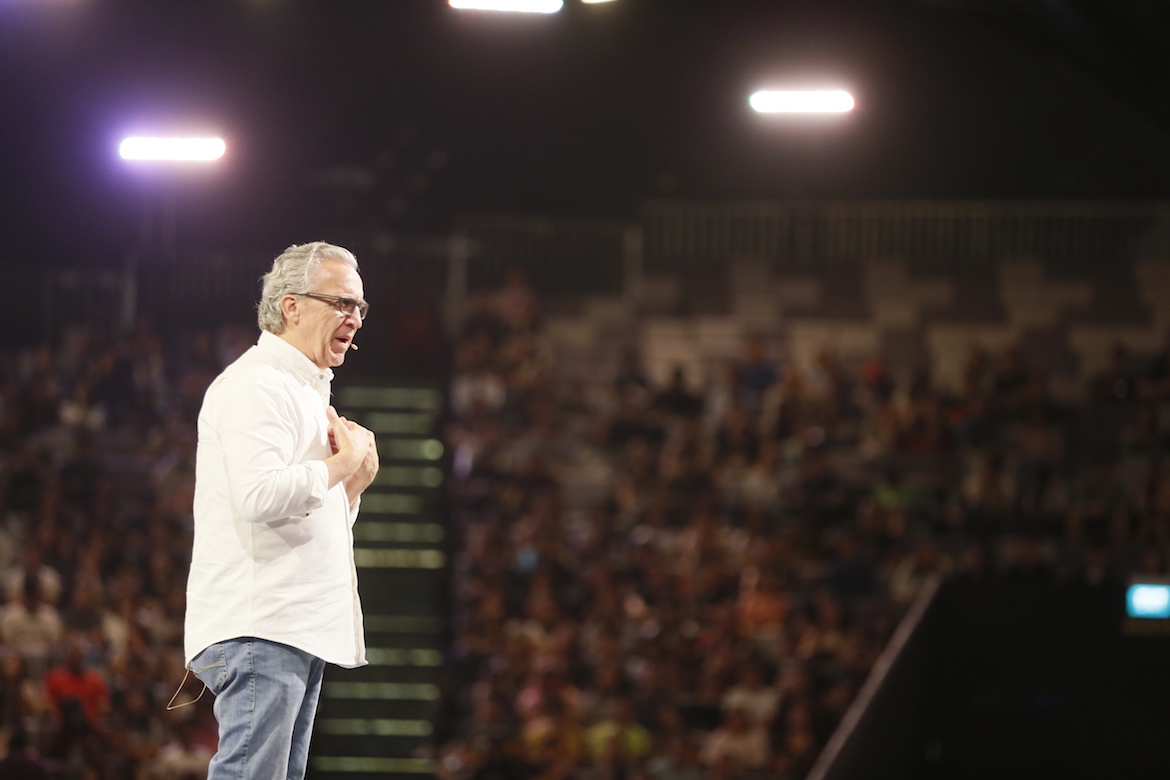 “Every time we hear the Father speak and we say the same things, we change the reality that people live in, we change the options that they can draw from,” he said.

Pastor Bill gave the example of a person who is suffering a financial crisis who would never think of asking God for provision. Through a believer’s own lifestyle, he can show him that there is a God who actually cares and provides.

“Why would He cause the Spirit that raised Jesus from the dead to dwell inside every believer? Why would He give us these promises?” asked Pastor Bill. “It’s because our assignment is so great. He said to ‘disciple nations’. He didn’t say, ‘get a few believers here and I’ll be satisfied and now return’.”

As he brought the service to a close, Pastor Bill challenged the congregation to turn their affection to the Holy Spirit and to host Him.

“What starts to happen is we start to see more miracles happen by accident than ever used to happen on purpose,” he encouraged.