For this runner, the lesson of finishing a race has significance beyond the 10km she ran. 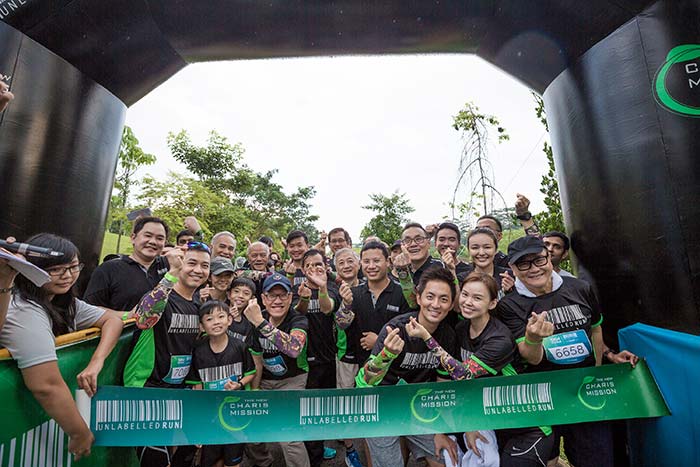 The Oxford Dictionary defines a “tattoo” as a mark made on the body with an indelible design by inserting pigment into punctures in the skin.

According to an article written by Joshua Adams, assistant professor of Sociology at the State University of New York, Fredonia, while tattooing has developed a broad demographic appeal, its association with deviance and criminality strongly remain. In particular, societal discrimination appears to be most apparent against individuals cover themselves with highly visible tattoos.

The Unlabelled Run 2017 is about removing these societal stigmas as well as sending a message to the rest of the world that ex-offenders can be transformed. They are not a menace to society; instead, they can be contributors. In support of this meaningful cause, I decided to participate in the advocacy to “unlabel the labelled”. This was the second year the Unlabelled Run was held, and this year’s run—a 10km race and a 5km race—saw 1.5 times the turnout of 2016, with 4,500 runners making tracks across the Punggol Waterway Park. The race, which bears the tagline “Lives impact lives”, was organised by Liv3ly for The New Charis Mission, a non-profit organisation that retrains and finds employment for ex-offenders.

“One of Unlabelled Run’s main objectives is to garner awareness of the works that ex-offenders are doing to contribute to our society,” says Johnny Chin, operations manager of The New Charis Mission. “In future editions, we seek to remove the stigmas ex-offenders face from the general public, by recognising their works and also having the ex-offender community coming together to make worthy contributions towards our society.

“‘Unlabeling’ is not only for ex-offenders, it is for every individual whose life has been affected by labels. And that is how the movement of ‘lives impact lives’ will bring about greater cohesiveness among our communities and fellow Singaporeans.” LESSONS FROM THE RACE

Though dark clouds had gathered and the venue was peppered with light drizzles, it did not dampen the spirits of many who were determined to make a difference. We pulled on our tattoo-patterned sleeves and eagerly proceeded toward the starting pen waiting to be flagged off. At the end of the race, these sleeves were to be stripped off in a symbolic act of “unlabelling”.

The journey of 10km on foot brought us through Punggol Park and into Coney Island. While the drizzle started to get heavier, the cheers from the volunteers who stood valiantly by the side of our running track also got louder.

Before I realised it, struggle began to seep in. Reality hit me as I ran past the last kilometre marker and I wanted to give up because the race had begun to take a toll on my knees. The fact that I had ran nine kilometres started to feel like a “pat-on-the-back”. My mind old itself that even if I succumbed to defeat now, it would not have made any difference.

But then I reasoned to myself, this must be the struggle that many ex-offenders often have to go through. Just as Prince Hamlet said in the “get thee to a nunnery scene” in William Shakespeare’s Hamlet, the struggle “to be, or not to be” is real. Ex-offenders often struggle with the thoughts of defeat and hopelessness, facing societal indifference and discrimination, with the temptation to fall back to their old ways snapping at their heels.

Despite my painful knees, I forced myself to sprint toward the finishing line. The feeling of completing a race was more than sensational for me. The medal of completion not only attested to the old adage of “All things are possible”, but it was a great reminder that all is indeed possible to those who do not give up. I am glad I did not.

Truly the Unlabelled Run is a race that reflects life: it is never about how well you start the race of live, but how you well you finish it.