One City Harvest zone decided to usher in the Year of the Pig by throwing a Lunar New Year party for the elderly. 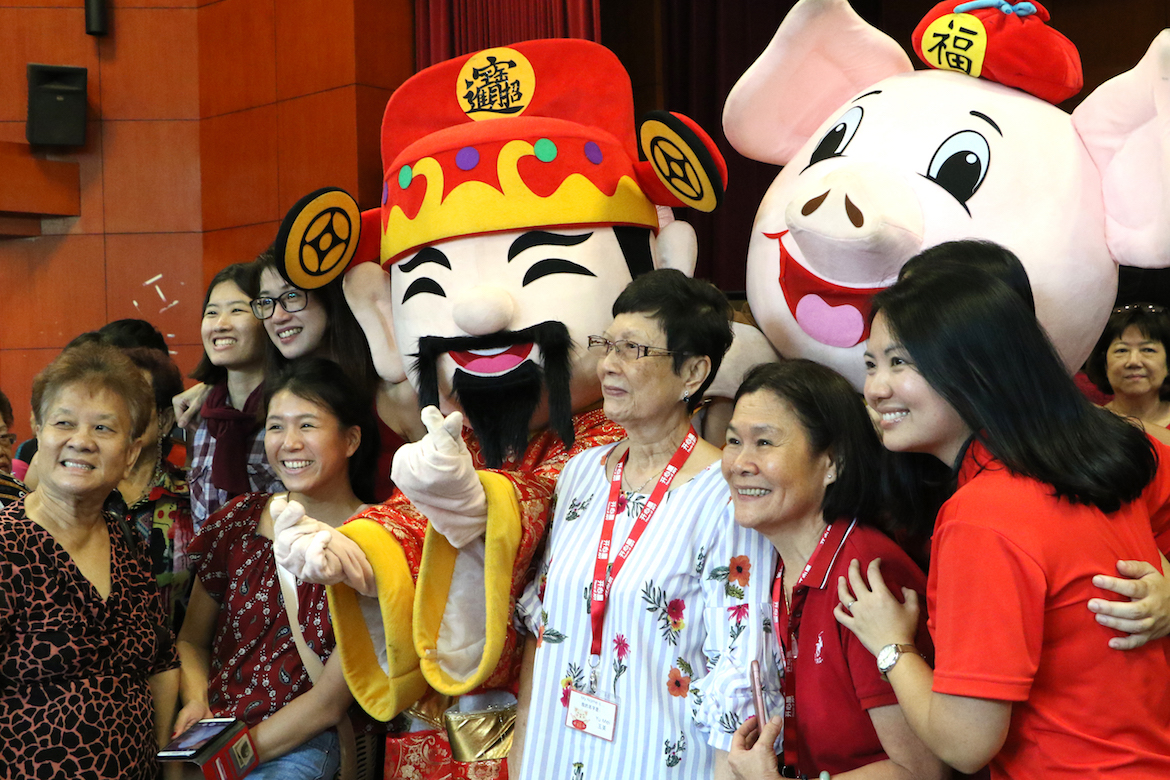 Last Saturday (Feb 16, 2019), 32 members of Ian Chong’s zone—plus three of their children—threw a special party for the elderly clients of CHCSA’s House of JOY to celebrate the Chinese New Year.

Held at the Katong Community Club, which kindly sponsored the venue, the party kicked off at 10am with games, followed by a lohei feast and a time of karaoke.

“I think the main highlight of the day was the mingling of the members with the elderly, bridging that gap to let the elderly know that the younger generation is still interested in them. It’s wonderful to see them talk and connect, enjoy each other’s company playing games, and listening and singing along to old songs together,” said Ian Chong. The zone had approached CHCSA in search of a special event to organise for the elderly. The idea, planning and execution of this Chinese New Year party had come from the members. Ian shared that about 25 percent of his zone participated in the event, which took a month and a half to plan.

It’s not the first time the zone has done such a community project; they have also worked with other charities before. But their enthusiasm for this party was just as strong. “There was much excitement from the beginning—my members really desired to be a great blessing to the elderly that would come to this party,” described Ian. 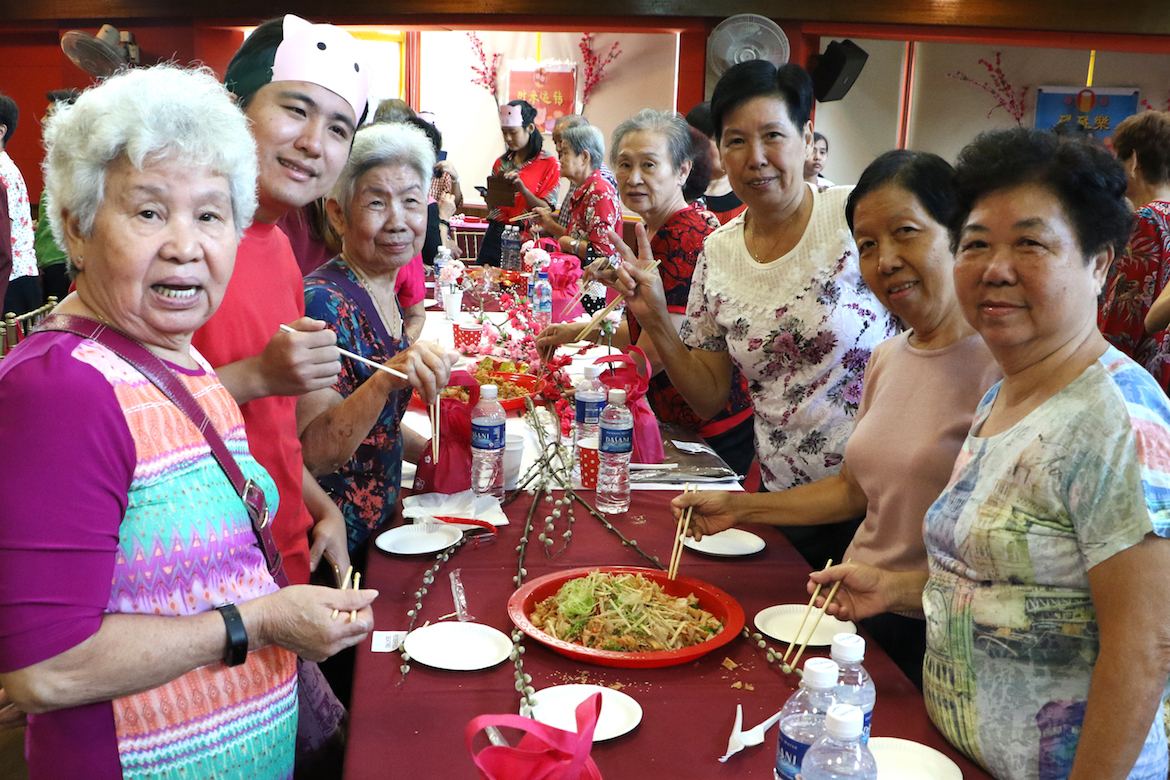 “It is always more blessed to give then receive,” he adds. “That is why I want my whole zone to always have an attitude of giving and blessings others. They have all been greatly blessed in their own lives and they feel strongly that we should always contribute and support others when we can.” The zone raised a love gift of $710 with which they purchased sought-after household items for  a lucky draw held during the party.

Zone member Eunice Ng, 28, a junior social media manager, was one of the volunteers. “The highlight for me was the games segment,” she said. “I was blown away by the vibrant energy and strength many of the elderly possessed. We have the misconception that elderly people are frail, but no! Seeing them all smiles, running about and hitting the tower cans down with all their might just goes to show that many of them are in fact cheerful and healthy.” 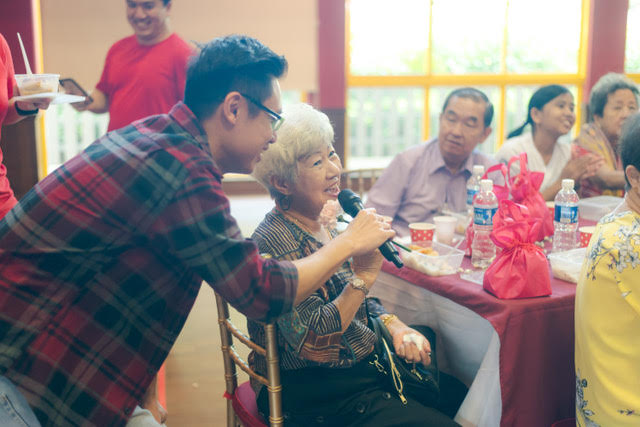 House of JOY client Lim Siew Hua, 74, enjoyed the party tremendously. Her favourite segment was “The singing! I really liked listening to the songs and singing along.”

For Eunice, what was special was also the camaraderie she experienced with her fellow churchmates. “I guess through such an event you see the power of teamwork,” she says. “When everyone comes together, we can do a lot more to be a greater impact. What’s more, it’s fun serving as a zone, spreading a little joy this festive season.” 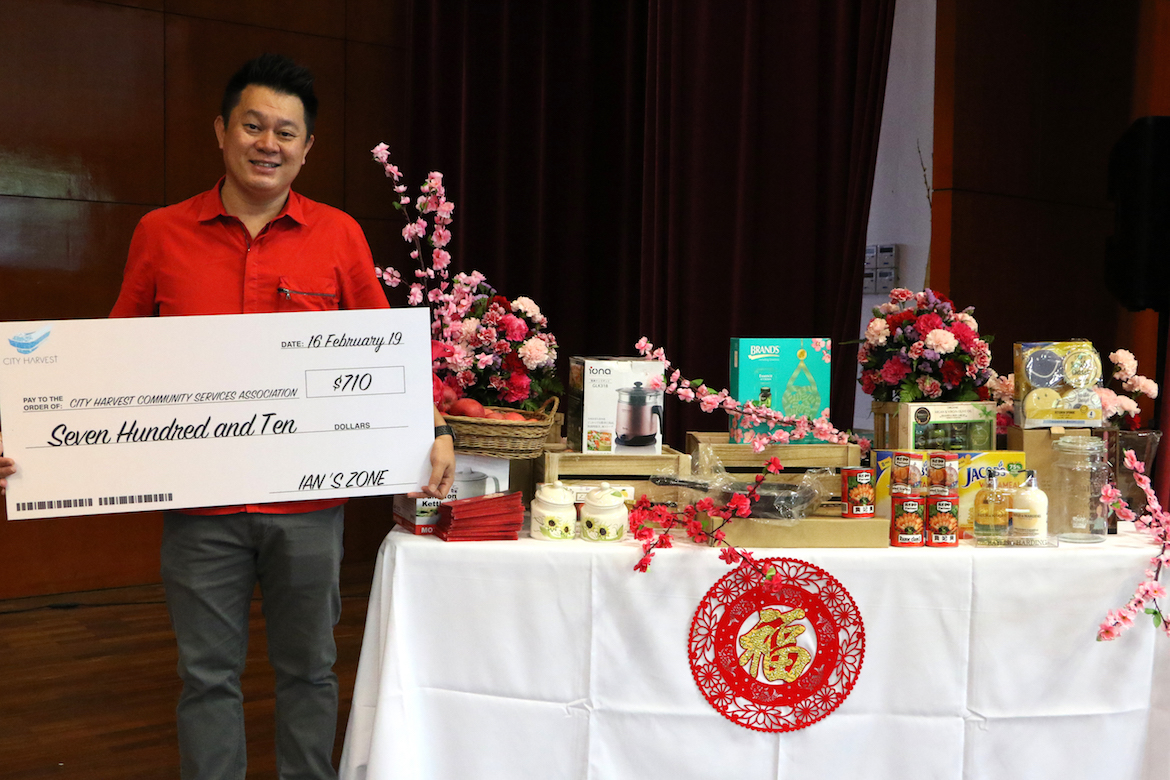 CHCSA welcomes such event ideas conducted by CHC members and Ian highly recommends that other cell groups and zones try this out. “More members should support CHCSA as they bring about meaningful engagement at each of their events,” he says. “If you want to know how, just show up! We can all contribute in our own ways through time and effort.”

CHCSA has a schedule of 2019 events that zones and cell groups can adopt! Coming up on March 16: Games Day at Toa Payoh. For more details on this event and many more throughout this year, talk to your cell group leader or zone secretary.