Happy Valentine’s Day! In Biblical times, how did girls show their love for their guy? Our team studied the Good Book to bring you this feature. 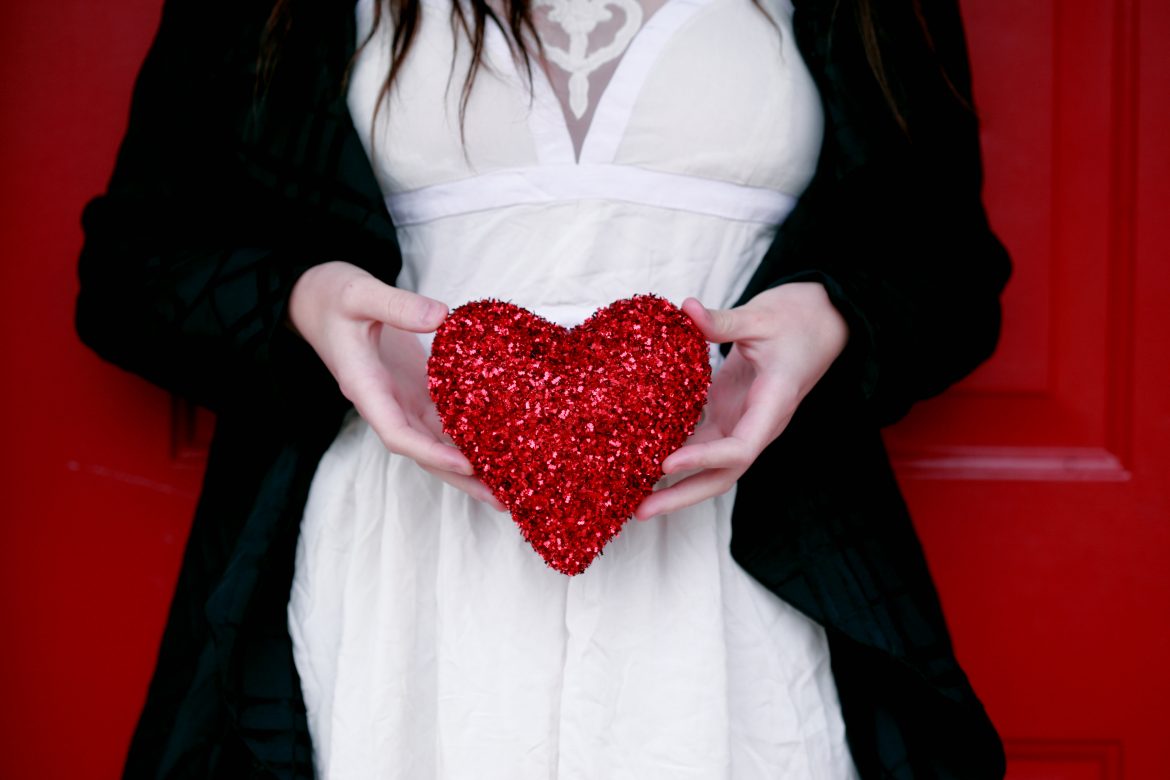 Yes, we know that Singapore is in the middle of a virus outbreak, but Valentine’s Day must go on!

Different year, same problem: some of us girls are racking our brains to find a suitable gift for our beloved. But while love is about giving, it may not always have to cost many dollars.

You may remember our Valentine’s Day some time ago on gleaning age-old wisdom from our Bible heroes, some of whom knew how to love God more than their women.

This year, let’s look at the ladies of the Bible. For the girls living in what we think would be a conservative society in those times, it must have been hard for them to express their love. Well, a few of them managed to show their love, some in subtle ways, and others more lavishly—and they did not always receive love back. Did these fare better than their male counterparts? You be the judge. 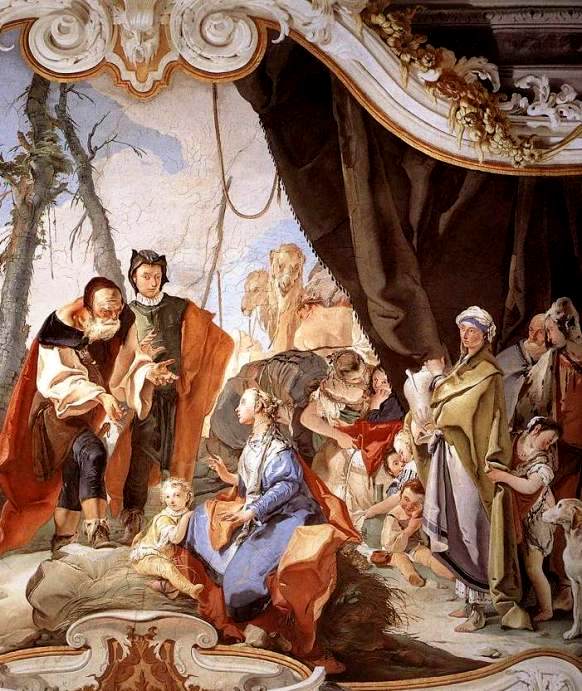 In this section of a mural by Giovanni Batista Tiepolo, Leah is portrayed with her many children by David, while Rachel is centrestage lying to her father about stealing his idols

As many of you know, Leah was the unloved wife of Jacob. Jacob had given his heart to her younger sister, Rachel, the moment they met. He even spent seven long years working for Rachel and Leah’s dad, Laban, just so he could marry Rachel to marry her. But Laban tricked Jacob into marrying Leah.

I personally think Korean dramas took inspiration from this family.

As the story went, Leah wanted her husband to love her so she gave him lots of children. Did the plan work? Not really. Jacob loved Rachel to the very end, when she died from a difficult childbirth. Still, Leah became mother of six of Jacob’s sons—including Reuben, Levi and Judah—and a daughter, Dinah.

2. BUY HIM THE MOST EXPENSIVE PERFUME (Mark 14) Mary Magdalene loved Jesus with a love greater than eros, and she showed it by spending her entire fortune on a bottle of perfume and emptying the whole bottle on his feet. While her action was scorned by the treasurer Judas Iscariot, Jesus appreciated her act of love and to this day she is remembered forever in Scripture. 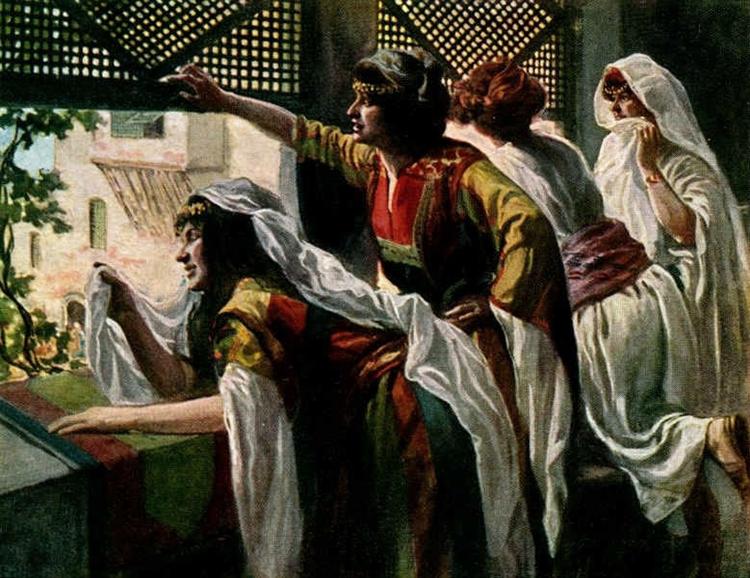 Michal, the youngest daughter of King Saul, is unfortunately best known by mocking her husband David when he danced before the Lord, having brought the Ark of Covenant (2 Sam 6:16, 20) back to Israel. Most of us think of her as a bitter woman who couldn’t appreciate David’s devotion to God.

But once upon a time, when they were all young and innocent, Michal was in love with David, her father’s enemy (1 Sam 18:20). Saul gave her to David in marriage on the condition that David brought back the foreskins of 100 Philistines—a plot to have the Philistines kill David. But God was on his side and David eventually killed 200 Philistines and brought Saul double the bride price.

When Saul sought to kill David again in 1 Samuel 19:11, Michal told him to escape through the window. She alone was left to face her father’s wrath.

David went on to marry other women and Michal was given to Palti, son of Laish (1 Sam 25:44). When David was the king of Judah, he demanded for Michal to be returned to him–more for political reasons than love.

Could it have been that Michal’s unrequited love eventually made her a bitter woman? 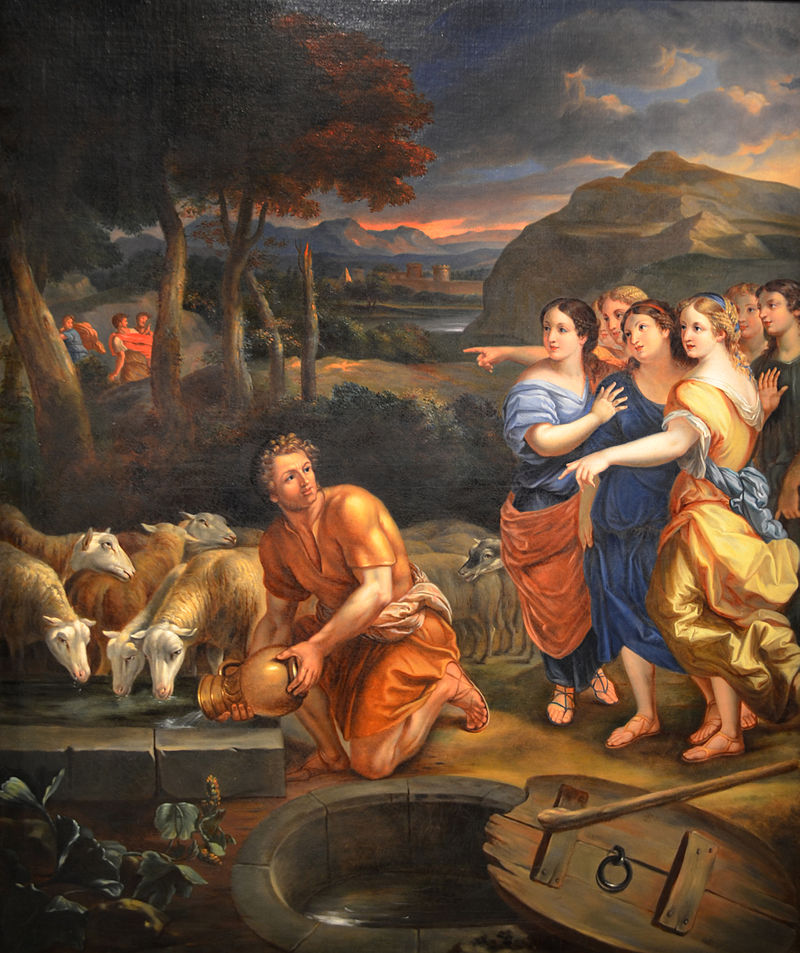 The Daughters of Jethro (1850) by Theophile Hamel

Her name may not be so familiar but Zipporah, the wife of Moses gave him a precious gift in his time of need. After killing an Egyptian, Moses fled to Midian. As he was sitting by the well, he came across a group of shepherdesses drawing water for their father’s flock. The shepherds there started giving the girls problems and Moses came to their rescue. That might have been where their love story began.

Zipporah, the eldest of the shepherdesses, brought Moses home to meet her dad, Jethro. They got married and Moses lived with her family until he met God at the burning bush. Little is said in the Bible about Zipporah, but from the moment he met her, Moses’s life turned around. Later on when he had problems leading the Israelites, it was his father-in-law Jethro who supported him and gave him good advice.

Behind every successful man is a loving woman.

5) ADMIRE AND PRAISE HIM (Song Of Songs) 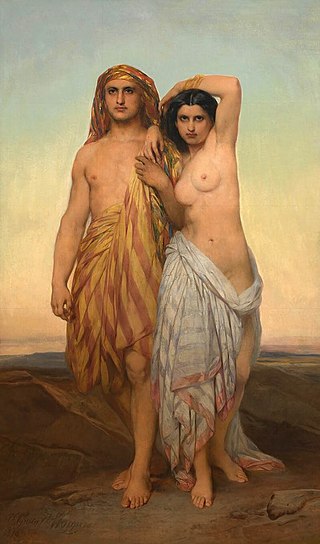 The Shulammite (1870) by Gustave Wappers

The Shulamite woman in Song of Solomon got it right when she is lavish with praise for her king. Most modern day women, sadly, have lost the art of admiring their men and winning their hearts. The Shulamite woman sings praises of her man to her friends, and she unabashedly heaps praise upon his whole being, from the way his perfume smells to his apple tree-like stature.

Song of Solomon is an allegory reflecting our relationship with our King, Jesus. It is a powerful reflection of a relationship between lovers that goes from a young and excitable love to a mature and meaningful one. Our earthly relationships should be patterned after our love for Jesus.