John Low experienced four days floating out in open sea with no water and no food. But he was not afraid, because he knew God was with him. 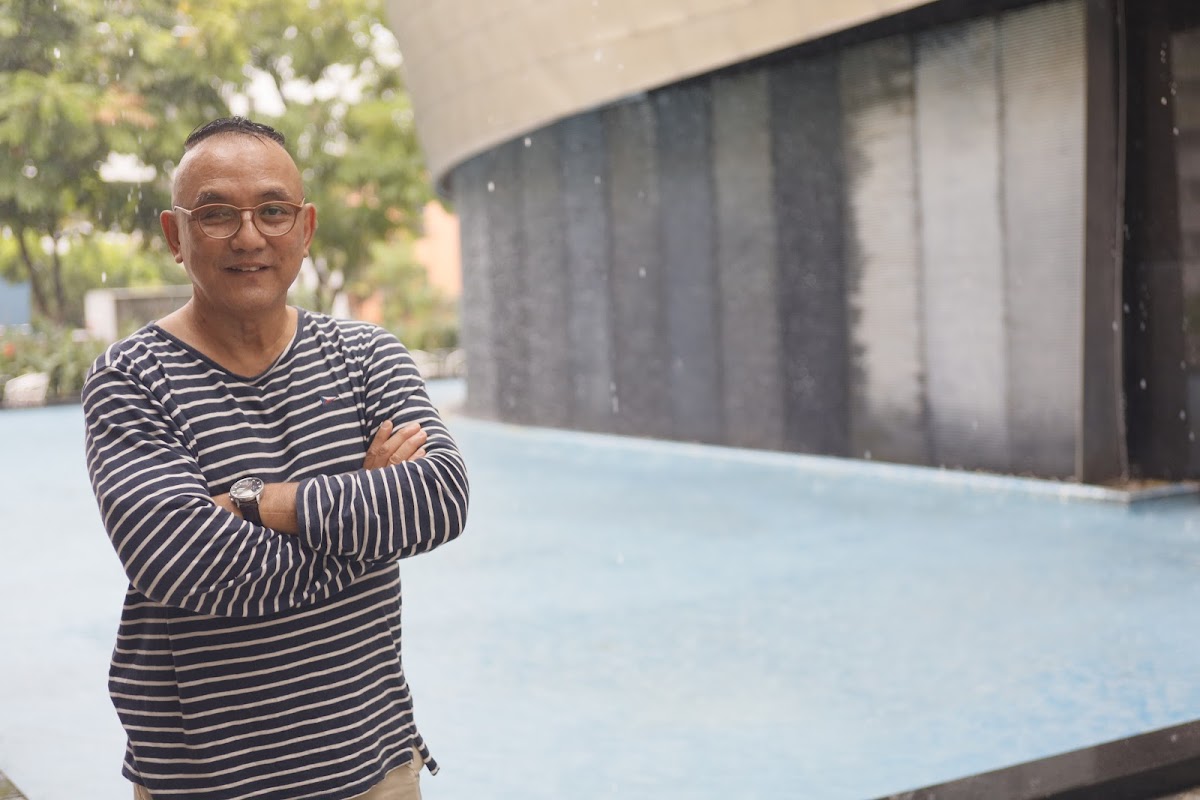 John Low at City Harvest Church, six weeks after being lost at sea for four days

He was sitting in a speedboat, waiting for the boat’s captain to return with petrol to refuel. All of a sudden, a bout of strong wind sent the boat out to sea. Wave after wave of seawater crashed into the little boat and it started to sink. With no time to lose, John Low grabbed his backpack that contained his Singapore passport and identity card, and a life buoy. That was the start of his four-day ordeal being stranded in the waters of the South China Sea.

In the midst of this extremely stressful crisis, John experienced the love of God.

“I actually saw a flash of red light in the sky the moment I entered the water,” the 60-year-old diving instructor told City News. “It was like 20 lights in the clouds following me all the way for three nights. When I saw that, I knew that God was with me. I didn’t have any fear or feel any pain for four days.”

It all started on May 4 when John was traveling from Mersing to Tioman Island in Malaysia. He boarded the boat at around 5 pm but the boat ran out of fuel halfway through the journey. John remained in the boat while the captain went back to shore to get petrol.

John estimated that he was only three to four kilometers from shore, but the current was relentless. “Every time, I tried to swim towards the land, I was pushed back. I would try for four to five hours, battling towards land but I found myself in the same spot.”

After two days, John finally let go of his backpack. He also had to remove all his clothing because it was rubbing against his skin. When he began to lose sight of land on the fourth day, he began to panic. “I wasn’t sure if I could last the fifth day. According to records, survivors at sea without water and food can last an average of 90 hours. I was just 10 hours away (from dying). I was facing death.”

A MIRACLE HAPPENED
At around 4.30pm on May 7, a 4000-tonne dredger, Diogo Cao, passed him by. Its captain spotted him and instructed his crew members to fish him out of the sea. By that time, John was 128km away from the shores of Singapore. He suffered from hypothermia, was barely conscious, and due to extreme exposure, had lost most of the skin from his arms.

Saved in the nick of time, John recovered at Gleneagles Hospital over six weeks. “I [later] wrote to the captain and first officer who found me, thanking them for having an eagle eye. They were on board a ship that was 10 stories high,  ship, I was five kilometers away—smaller than bacteria from where they were. The ship had already passed me, but it was shaken by the wave. The captain told me he didn’t know where the wave came from—the wave managed to shake a 4000-tonne ship. At that moment he turned around and saw me,” John shared. He had been in such bad shape that the captain was not even sure it was a person he was looking at—until John raised his arm. 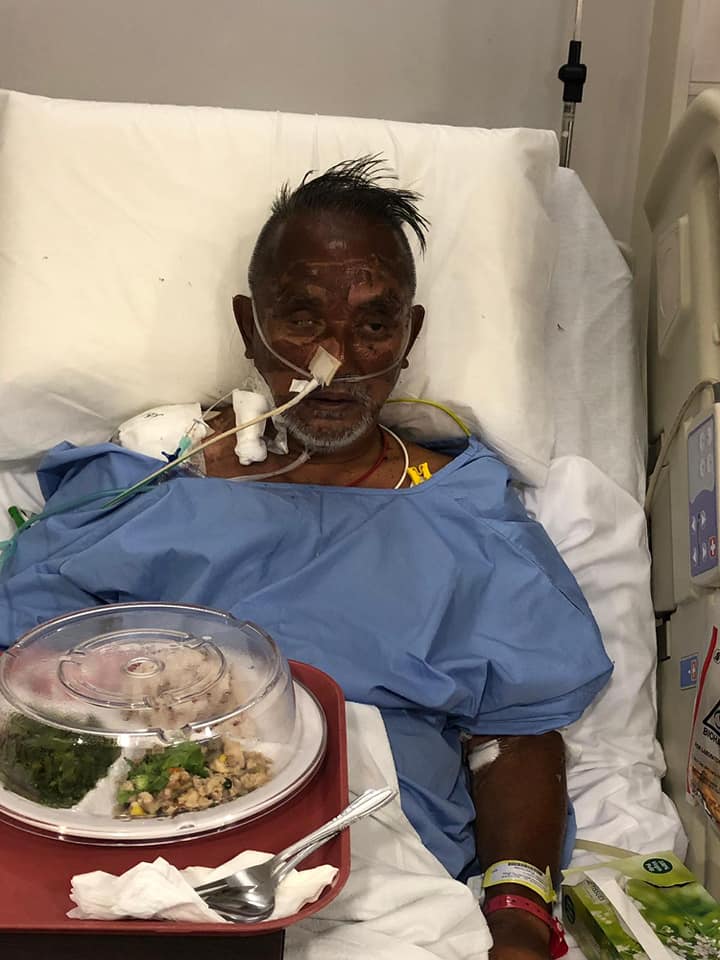 “He also told me that the ship was supposed to move at a speed of 18 to 22 knots. It came from China and was supposed to dock at Batam. But there was no place to dock so the ship had slowed down to eight knots. Also that morning, the crew had been doing “man overboard” rescue drills. Somehow, the captain decided not to bring the lifeboat back into the ship—normally, they would bring it in before the ship docks but the captain just decided not to. He didn’t even know why he did that. It was like God had prepared everything for my rescue.”

Captain Cornelis Plugge of the Diogo Cao contacted the authorities and Singapore’s Maritime Rescue Coordination Centre responded. The Republic of Singapore Air Force’s search-and-rescue team arrived at the scene, and within 30 minutes, had hoisted John onto the helicopter and brought him to the hospital. He spent six weeks in the hospital, of which two were in intensive care.

Calling himself a “crisis-centered Christian”, John was surprised that God was right there with him in the ocean. “Every time I look up at the lights, I knew that God was there for me. He gave me the strength to fight. Everyone—my family, the air force, the crew on the ship—said that they were impressed by my physical and mental strength. But frankly, I did nothing. All these things were arranged by God, and I realized that He wants me to testify of His goodness,” he said.

John, who is a member of Collective Church in Kuala Lumpur, has a wife, Eva and three children from his first marriage. “They are all quite shaken by what happened,” he said.

Since the incident, John has handed over his diving shop in Tioman over to his sons. He hopes to spend more time with them after they take over the running of the shop.

“With the extra time in my life, I need to testify God’s goodness. I’ve not completed my work, especially with my sons whom I need to nurture,” said the survivor. “This incident was like God telling me, ‘I love you but you still need to go through the ordeal, to know how to stay alive and believe in Me so you can get through this’. Now I need to do the same for my sons; I might need to discipline them when they make mistakes, but I also need to nurture them.” 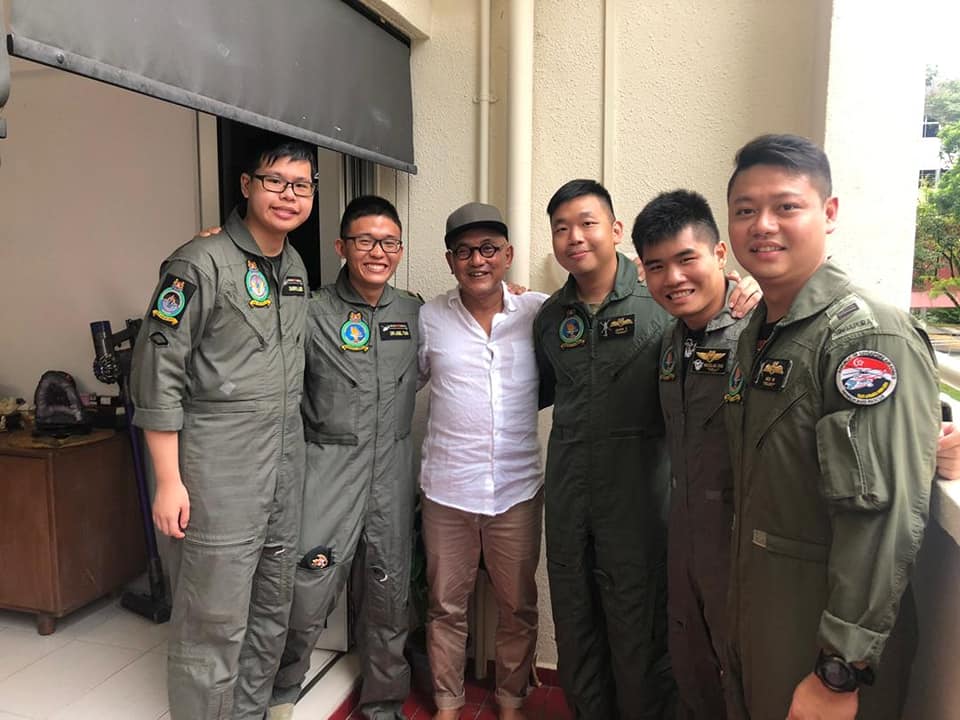 A recovered John meeting up with his rescuers.

The Restorative Power Of God