The Joy That Nothing Can Take Away: Wu Yuzhuang

Has the world drained you life of joy? There is a joy that does not go away—and it can only be found in Jesus, preached Pastor Wu Yuzhuang this past weekend. 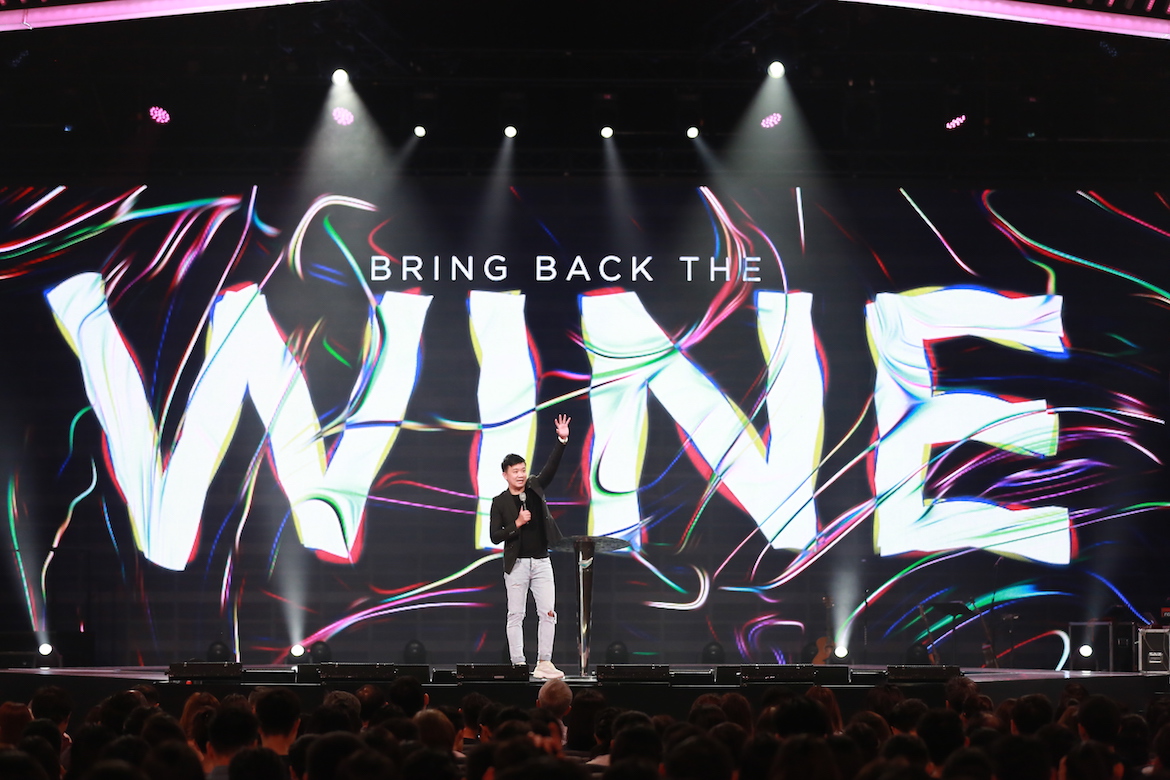 The first time Jesus revealed His glory was at a wedding in Cana of Galilee. As written in John 2:1-10, Mary approached her son Jesus when the wine ran out at the wedding. That was when Jesus did His first miracle, turning water into wine.

City Harvest Church’s pastor, Wu Yuzhuang drew the congregation’s attention to Jesus’ reply in John 2:4: “Woman, why do you involve me?” The pastor explained that Jesus was not being rude to His mother, but the situation might not have called for Him to perform a miracle.

“If they don’t have wine, they can drink orange juice or just water, right?” he quipped. Yet, he pointed out, Jesus performed a miracle, not because the situation was important, but because Mary was important to Him.

“You are important to Him!” asserted the pastor. “It may not matter to Him as much as it matters to you, but He will do it for you because you matter to Him.”

He sought to explain this by expounding on the second part of verse 4: “My hour has not yet come.” The pastor explained that there might have been an appointed time when Jesus was supposed to reveal His glory—and the wedding might not have been it. Nevertheless, He performed the miracle.

WHEN WINE RUNS OUT
What significance does wine have? Pastor Zhuang told the congregation to turn to Ecclesiastes 9:7, where the Bible drew parallels between “wine” and “joy”. The pastor then asserted that “wine” represented “joy”.

“In this story, when the wine was running out, joy was running out,” he explained. “Christmas is coming and it is a season of joy, but some of us don’t really feel joyful in this season. Your joy may be running out but I believe the Lord wants to bring back joy into your lives.”

Next he went into how joy may be drained from one’s life. How does a wedding run out of wine? It happens when there are uninvited guests. 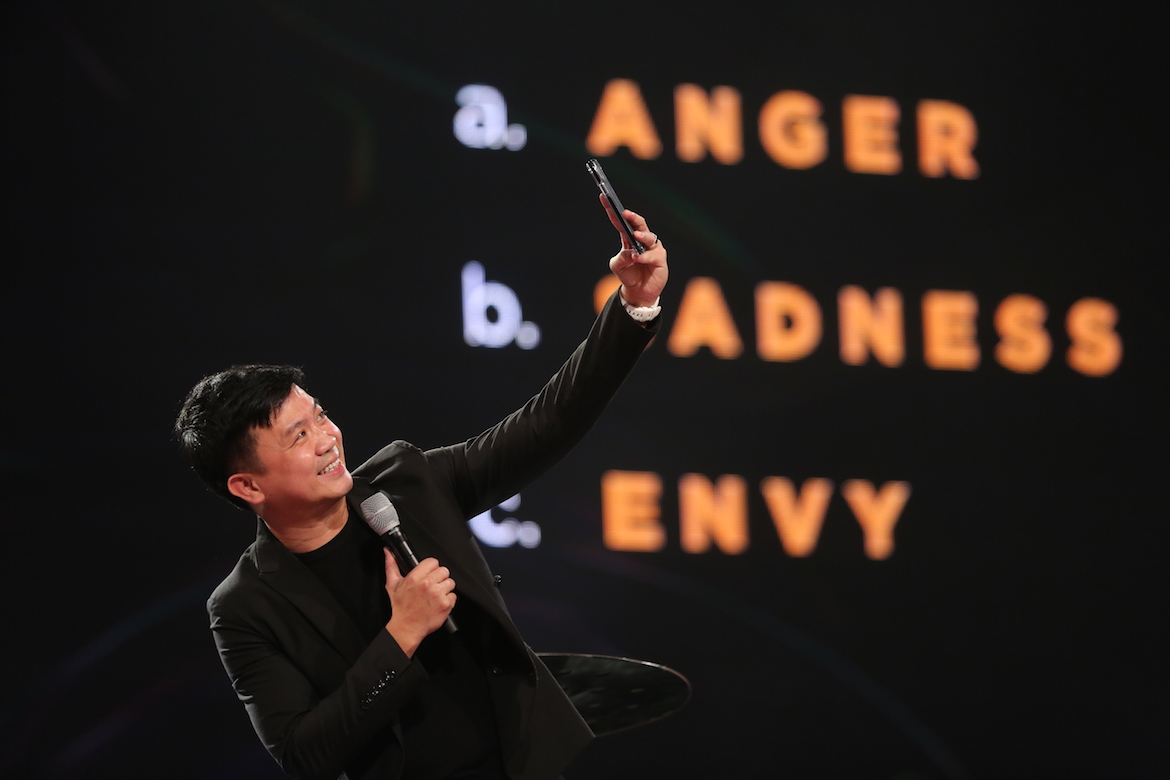 Negative emotions. He gave examples of negative emotions: anger, which “gives you an illusion that you are in control of the situation”; sadness; envy; and jealousy.

“How do we bring back the joy in our lives?” asked the pastor. Drawing from the story at the wedding,  he gave the following three solutions.

One, turn to Jesus. The pastor noted that Mary did not turn to the vineyards or the wine- sellers when the wine went out. The first things she did was turn to her son.

“When you run out of joy, turn to Jesus,” said Pastor Zhuang, imploring the congregation not to turn to the world to look for joy. “This worldly joy comes from entertainment, achievement, possession and position. While they can bring us joy, most of the time, it doesn’t last very long. Because this joy is attached to temporary things; if you stop attaining, achieving and getting, your joy disappears.”

“It is time to bring back the joy,” encouraged Pastor Zhuang. “Go to Jesus when you lose your joy.”

Two, have faith in Jesus. Pastor Zhuang drew the congregation’s attention back to John 2:5. He pointed out that Mary had so much faith in her relationship with Jesus, that she was sure Jesus would resolve the situation if she asked. After she had asked Jesus and spoken to the servants, she disappeared from the story. He explained that Mary had simply walked away from the situation, knowing that in was in Jesus’ hands now.

Three, obey Jesus. Pastor Zhuang drew the attention of the congregation to what the servants had to do upon Jesus’ request (John 2:5-9). The pastor illustrated how much time and effort it took to fill up the six water jars that the Bible spoke of. He estimated that it took about 120 trips, using pails, for the servants to fill up the jars.

The pastor then emphasized that Jesus told the servants to fill up the jars with water, when they needed wine. 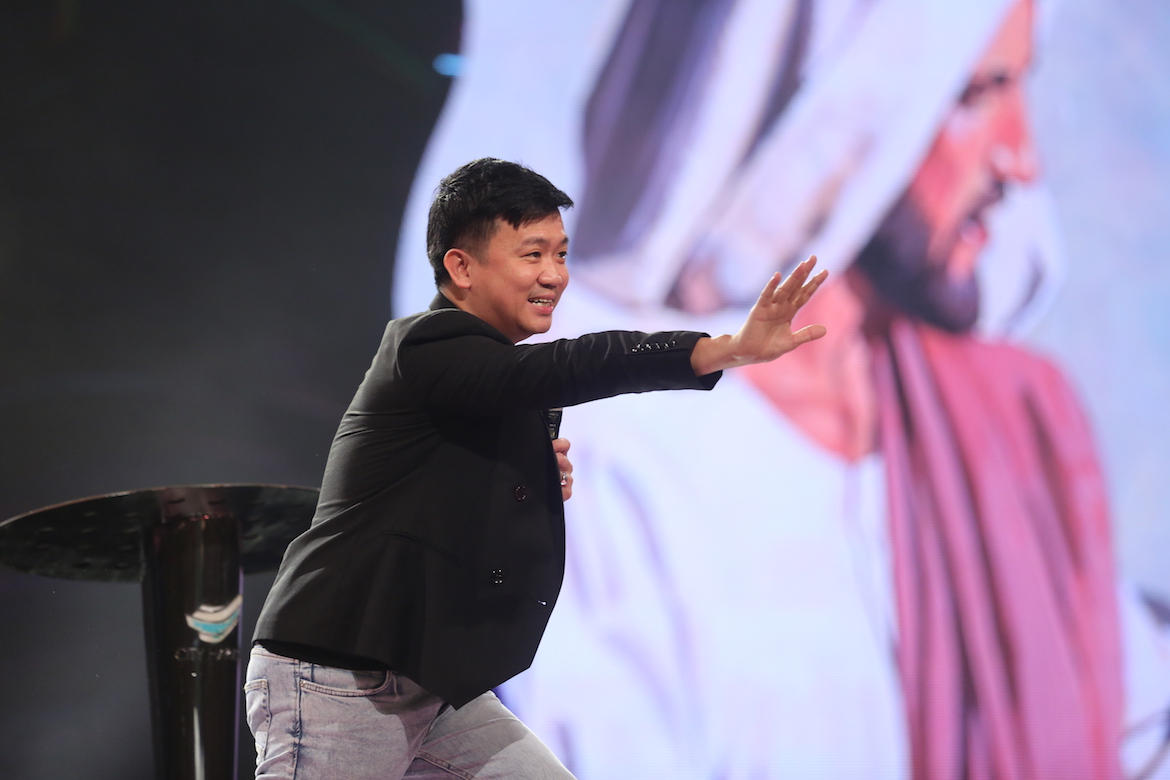 “Sometimes we may not understand why God wants us to do certain things, but obedience requires absolute submission,” the pastor said. “The miracle may not come immediately, but if you do what He asks you to do, He will do what He can do.”

The pastor noted that nothing happened until the servants took a cup and gave it to the master of the feast—then, the water turned into wine. “Keep on doing what Jesus wants you to do until it is done,” said Pastor Zhuang.

The pastor ended his sermon reiterating what Kong Hee, senior pastor of CHC, preached during its 30th anniversary—“God’s Glory, Our Delight”: “The reverse is also true,” he said, “Our delight, our joy reveals God’s glory. God wants to restore our delight and our joy.”