In the second installation of his message on Selah—making room for God,—City Harvest Church’s executive pastor Aries Zulkarnain preached on the importance of stopping to fellowship with God. 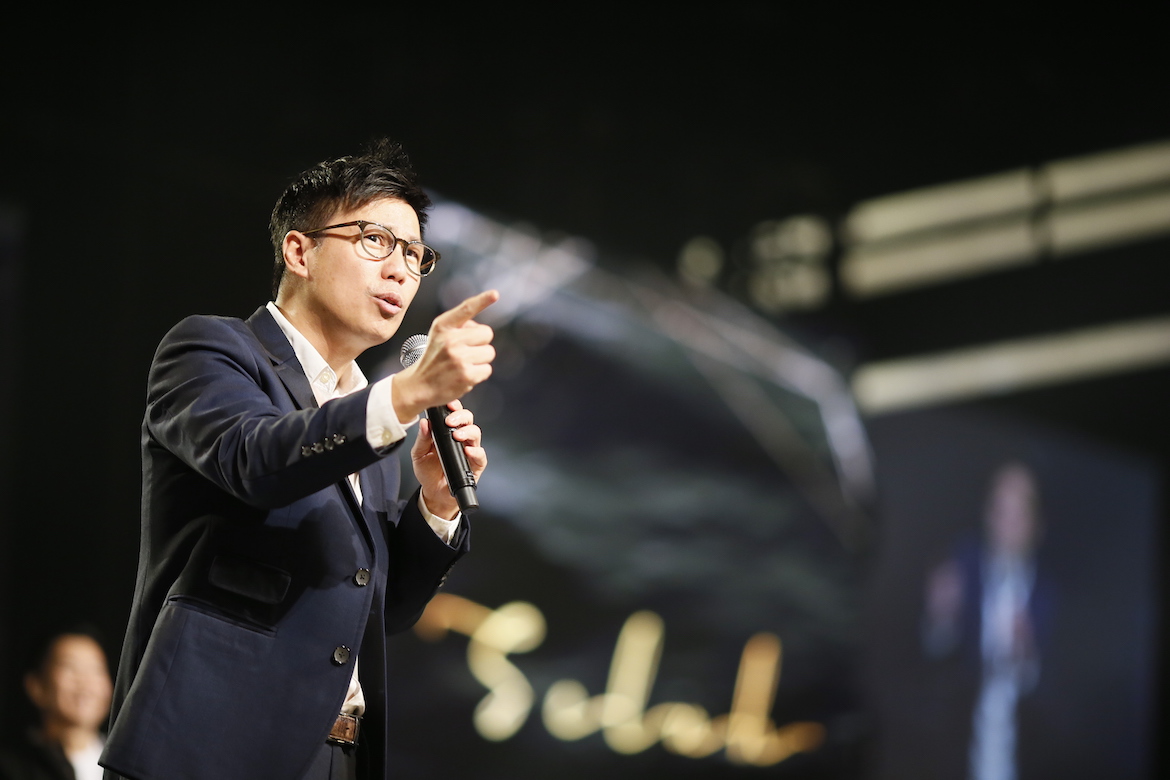 In his last sermon, City Harvest Church’s executive pastor Aries Zulkarnain spoke of an affluent Shunammite woman who showed extraordinary hospitality towards the prophet Elisha in 2 Kings 4:8-11. Elisha often passed by Shunem and would stayed at her house for rest and food. The woman and her husband decided to create an upper room in their house for Elisha, providing a bed, table, chair and a lamp stand. The pastor noted that these four items were symbolic of how a Christian can make room for God.

Although Elisha visited the woman regularly, it was only when she made a room for him that she received a word from him regarding God’s purpose for her life. In the same way, only when a Christian makes room for God, and selahs—to stop or pause to spend time with the Lord—that they can they understand their God-given purpose in life.

Among the other furniture set up in the room was a table and chair. “It serves as a reminder that amidst our relentless pursuit for success, it is vital to stop what we are doing and sit down to fellowship with God.”

WHAT DISTRACTED MARTHA FROM JESUS?

Luke 10:38-42 chronicles the familiar story of Jesus and his disciples visiting Mary and Martha’s home. The difference between these two sisters is that amongst the busyness of preparing for Jesus’s arrival, Mary did not lose herself in the chaos, while Martha got carried away.

Mary was found sitting at the feet of Jesus, listening to Him speak (Luke 10:39). Martha became upset with Mary and complained to the Lord saying, “Don’t you care that my sister has left me to do the work all by myself?” (Luke 10:40)

Pastor Aries explained that in the Middle Eastern culture, it is a tradition for one to make adequate preparations and be hospitable towards guests. Hence, it was normal for Martha to act that way and to be caught up in preparations since this guest was not just anyone—he was Jesus. It was Mary’s behavior that was strange. She was not throwing herself into the thick of meal preparation but instead, sitting before Jesus and listening to Him.

Pastor Aries hypothesised that before Jesus and his disciples’ arrival, Mary too was probably caught up in the preparations but when He arrived, she knew how to stop what she was doing and focus on Him.

What exactly was Martha distracted by? Jesus says in Luke 10:41, “’Martha, Martha,’ the Lord answered, ‘you are worried and upset about many things.’” The pastor suggested that Martha was worried about how she could impress Jesus and her guests, whether or not the state of her home and service would reflect poorly on her family.

“There are things we need to stop doing to have our breakthrough,” said the pastor, referring to a “things not to do list” that Bishop Dale Bronner once preached about, removing distractions that don’t bring one closer to one’s purpose.

The kind of anxiety Martha had is very subtle, the pastor continued. “It has a selfish root, but its fruit looks deceptively un-selfish. It’s the desire for approval dressed up to look like the desire to serve.”

Mary, on the other hand, cared more about what Jesus said than what Jesus thought about her house or the food.

“It is important for every believer to have a ‘table and a chair’ before the Lord,” Pastor Aries said. “Sitting down and fellowshipping with God will discipline you to stay undistracted in the midst of your busyness. When we are striving for success, we need to be like Mary, and make room to fellowship with God, to align or re-align our hearts with His. Because success might get to our heads and we can easily lose our dependence on God.” 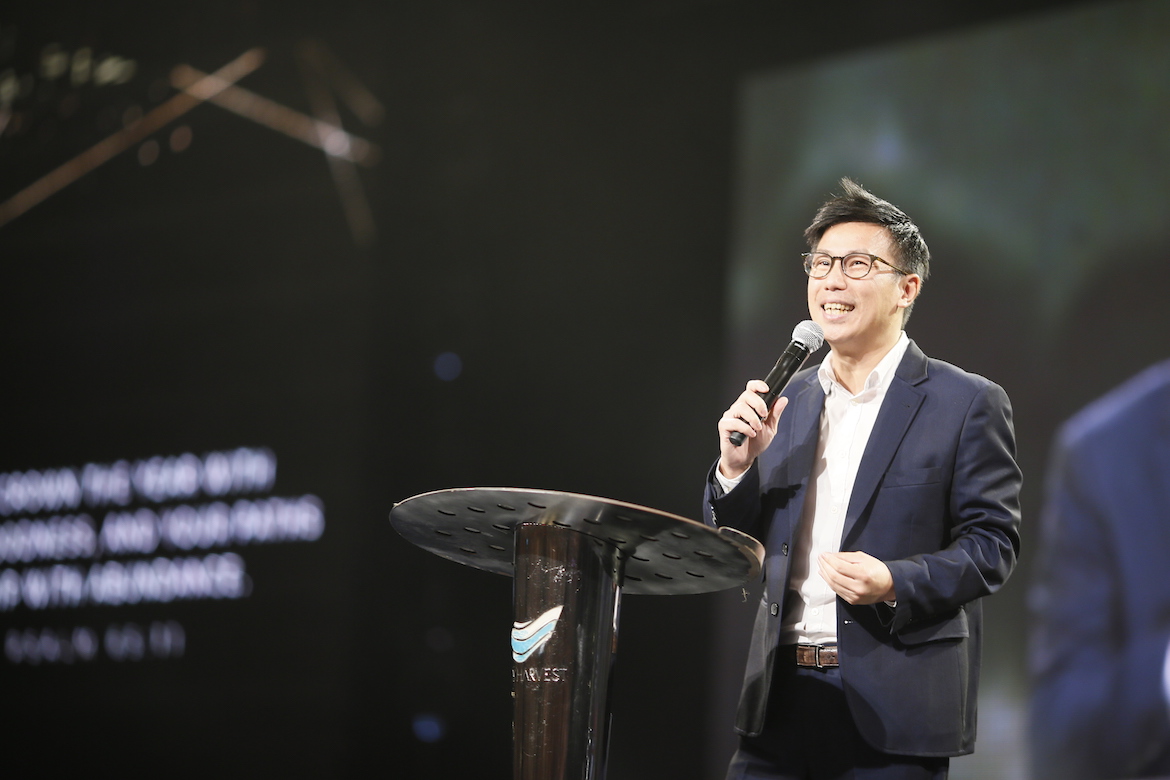 WHAT TO DO WHEN WE GET AHEAD OF GOD?

David was at the pinnacle of his success when he had the idea to build God a house. 2 Samuel 7:1-2 reads, “After the king was settled in his palace and the Lord had given him rest from all his enemies around him, he said to Nathan the prophet, ‘Here I am, living in a house of cedar, while the ark of God remains in a tent.’”

At this point, David was in a momentum of success and God wanted to give him rest. However, David was so used to being busy that he probably did not know how to rest. The king took matters into his own hands and wanted to build God a house. While David had good intentions, this plan was not God’s plan—God’s plan was to “establish a house for you.” (2 Sam 7:11)

“Sometimes good intentions that happen at the wrong time can lead to negative outcomes,” the pastor explained.

He also reminded the congregation that what God wants to do through them is far more important than what they want to do for God.

While it is good to have the desire to serve God and to build his Kingdom, one must always remember to take a step back, pause, and sit down and fellowship with God.

When Nathan told David that God told him not to build the temple, the king’s reaction was remarkable. 2 Samuel 7:18 says that “King David went in and sat before the Lord…” It was an incredible act because David allowed himself to be stopped by God even when he was at his prime and bursting with desire to do more for God.

RESTING IS THE STRATEGY TO LONGEVITY

Today, busyness is often revered and rest loathed. Yet resting in God is not a sign of laziness—it is actually a strategy for longevity.

In Luke 14:28-34, Jesus taught the disciples strategy. He was telling the disciples the importance of counting the cost before embarking on a project. In the last verse, Jesus said, “Salt is good, but if it loses its saltiness, how can it be made salty again?”

Salt, like passion, is good, but it is useless if the saltiness, or the passion, does not last, explained the pastor. “When you’re so caught up with life, you can lose your salt, your passion. If we are going to take up the cross and follow Jesus, we need to have balance in life. We need to sit down with God from time to time, to re-strategize with Him to ensure that we focus on what’s right.” The only way to carry the cross is not from any of the extremes, but right in the balanced middle.

God wants the faith of His people to prosper and enjoy longevity. Therefore, in order to strive for Him, one needs to make room for God to hear from Him, re-align our heart with His, and to find rest in Him.

“Faith and hope are good but they must lead to wisdom, and that gives rise to strategy,” said Pastor Aries. “After finding rest in him, peace follows, then come up with a strategy, take action for your life and then finally, there will be a change,” the pastor said in closing.