Jesus’s scars from being on the cross are the only manmade things on His resurrected body. In last weekend’s sermon, Pastor Lin Junxian listed three things Jesus’ scars signify. 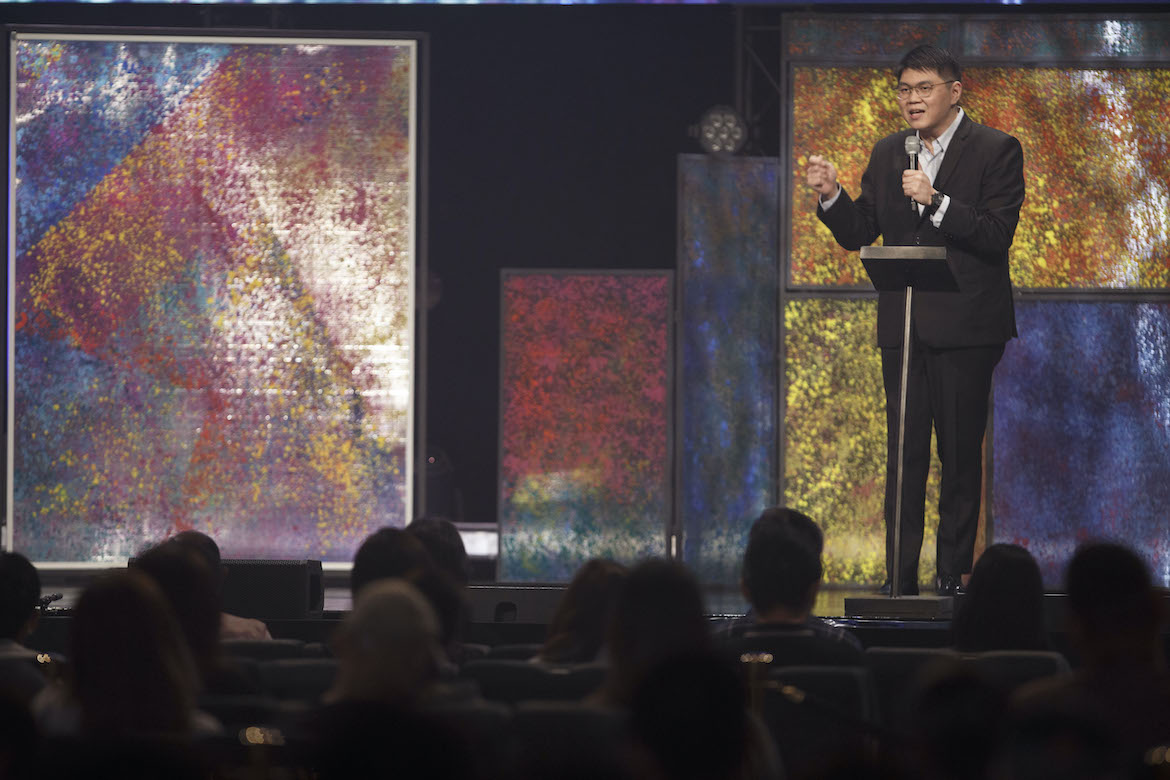 As he began his sermon on the weekend of April 17 and 18, Pastor Lin Junxian shared a true account of evangelist Corrie ten Boom, who was a Poland Jew that survived WWII. Along with her father and little sister, she was sent to a concentration camp where they were tortured. Corrie was made to witness her own sister die an agonising death. Despite her physical and emotional scars, Corrie ten Boom became a powerful preacher of the gospel.

One day at a service she was preaching, a man she recognised a guard from the concentration camp who had tortured her and her sister came up to her and asked her for forgiveness for all the things he had done to her. All the years of hatred, anger and shame raged within Corrie.

However, she asked the Holy Spirit to give her the grace and power to forgive. As she prayed, the Holy Spirit showed up and the words “I forgive you, brother” came out of her mouth. They embraced each other—the prisoner and the prison guard.

Corrie became a great preacher of God’s love and forgiveness in more than 60 countries and she received all who needed care and God’s healing. Before her death, she set up a rehabilitation centre to minister to all those who were wounded and hurt.

“God dealt with the pain of her past to help others. God wants to heal your wounds and use them for a greater future,” Pastor Junxian declared to the congregation.

SHOWING HIS SCARS TO HIS DISCIPLES

Corrie ten Boom’s story was a preface to what Pastor Junxian was about to preach on the scars in Jesus’ hands. In John 20:19-20, Jesus came to the disciples after His resurrection. Jesus intentionally showed them His hands and sides because those were the places His scars remained. “His scars are the only man-made thing Jesus brought back with Him to heaven,” the pastor noted.

But Thomas was not there that day and he did not see Jesus. When the rest of the disciples told him about Jesus’ visitation, he refused to believe them. Eight days later, Jesus visited His disciples again. Pastor Junxian noted that all the disciples would have seen Jesus by now and the only reason He came a second time was for Thomas.

The first thing Jesus did was to intentionally show Thomas His scars—that was possibly Jesus’ way of telling Thomas, “I came for you”. All of Thomas’ anxieties and fears melted away when he saw Jesus.  In that moment, Thomas went from being “Thomas the doubter” to “Thomas the confessor”. “Because all it takes is one encounter with Jesus,” the pastor said. 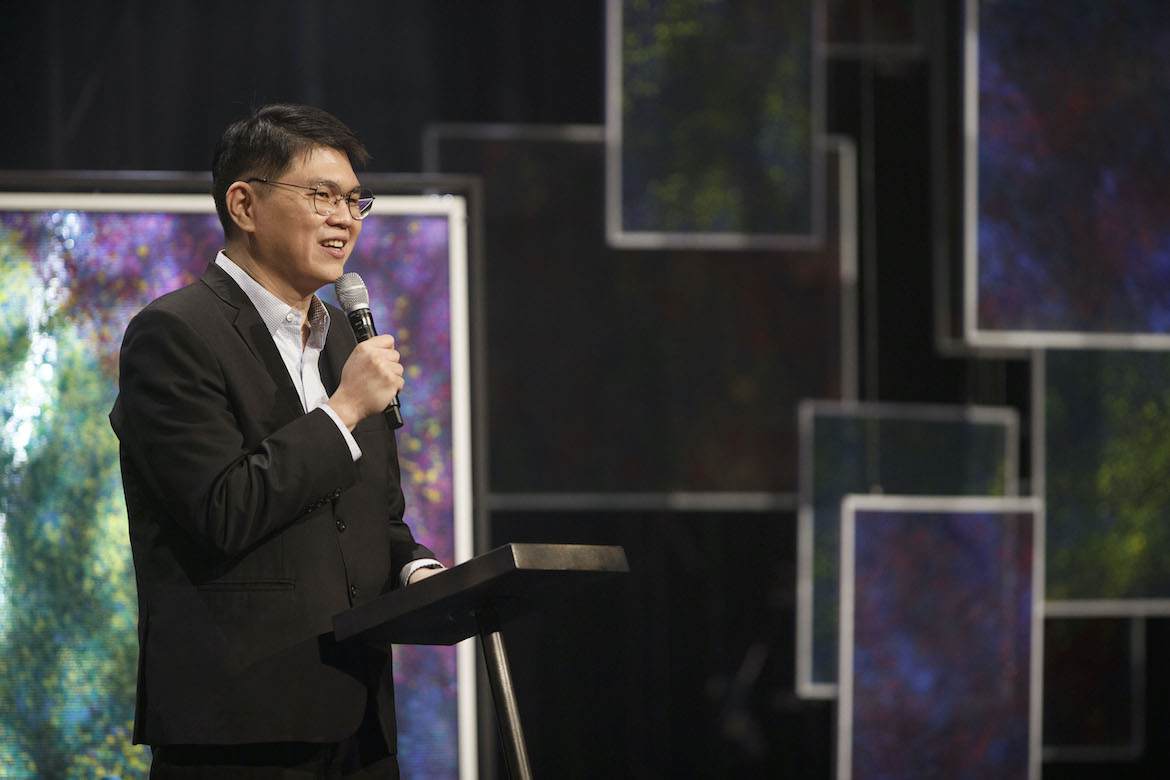 With that, Pastor Junxian shared three reasons Jesus continues to bear His scars.

Mankind cannot save themselves by their own strength (Rom 5:6), hence the need for Jesus to become the sacrifice for their sins. “The first thing that Jesus did for us on the Cross was that He forgave our sins,” the pastor said, referring to Col 2:13-14. “And Jesus destroyed the ‘charge sheet’ that holds all the evil things that we have done against us.”

Therefore, Paul declared in Romans 8:1 that “there is now no more condemnation to those who are in Christ Jesus”.

2. THE SCARS REMIND US OF JESUS’ VICTORY ON THE CROSS

Jesus won the victory for His people on the cross by overcoming the power of sin and death. Colossians 2:15 records that He “disarmed principalities and powers”, which means that He stripped the devil and his demons of all their evil powers. Jesus claimed total victory, and His resurrection proved that He is the Son of God.

“Now, His scars became a medal of honour, to declare to us that He won the victory on our behalf,” said Pastor Junxian. But not only in sin and death, but Jesus also conquered sickness and disease. 1 Peter 2:24 reminds His believers that “by His wounds, we are healed”. It is Jesus’ nature and will to heal, and therefore, He is also Jehovah Rapha,  which means “God will heal”.

Pastor Junxian shared a personal testimony. Once at a service in the US, he heard the preacher declare: “Jesus has paid the full price, not half the price.” This convicted Pastor Junxian that he must believe in healing no matter what the situation.

At the end of the service, the preacher asked those who needed healing to stand and those sitting nearby to pray for them. Pastor Junxian was hesitant to pray for the elderly man next to him at first who healing of his dyslexia, but he obeyed the call. Following that, those who were prayed for were to test their healing. The man took a newspaper out of his bag and began to test his reading. After a while he flipped to the next page, and his wife exclaimed in the excitement that her husband had been healed—it used to take him 10 hours to read a paragraph, but he was now able to read an entire page in just minutes! Despite Pastor Junxian’s initial uncertainty, God performed a miracle.

“He is our Healer, Deliverer and Provider!” Pastor Junxian declared.

3. THE SCARS REMIND US OF JESUS’ OBEDIENCE ON THE CROSS

Why did Jesus remain obedient? Why was He willing to die on the Cross?

The answer is found is in Hebrews 12:2 (TPT) which reads, “Because his heart was focused on the joy of knowing that you would be His, He endured the agony of the cross and conquered its humiliation, and now sits exalted at the right hand of the throne of God!”

“Jesus lived so He could die because His heart was focused on the joy of knowing that one day you and I would be His,” explained the pastor. God the Father healed Jesus of His wounds and used them to save the world.

GOD HEALS OUR WOUNDS TO PREPARE US FOR OUR FUTURE

Pastor Junxian defined a scar as a wound that has been healed. “Scars reminds us that our wounds have closed up so that we can move on with our lives,” he said. 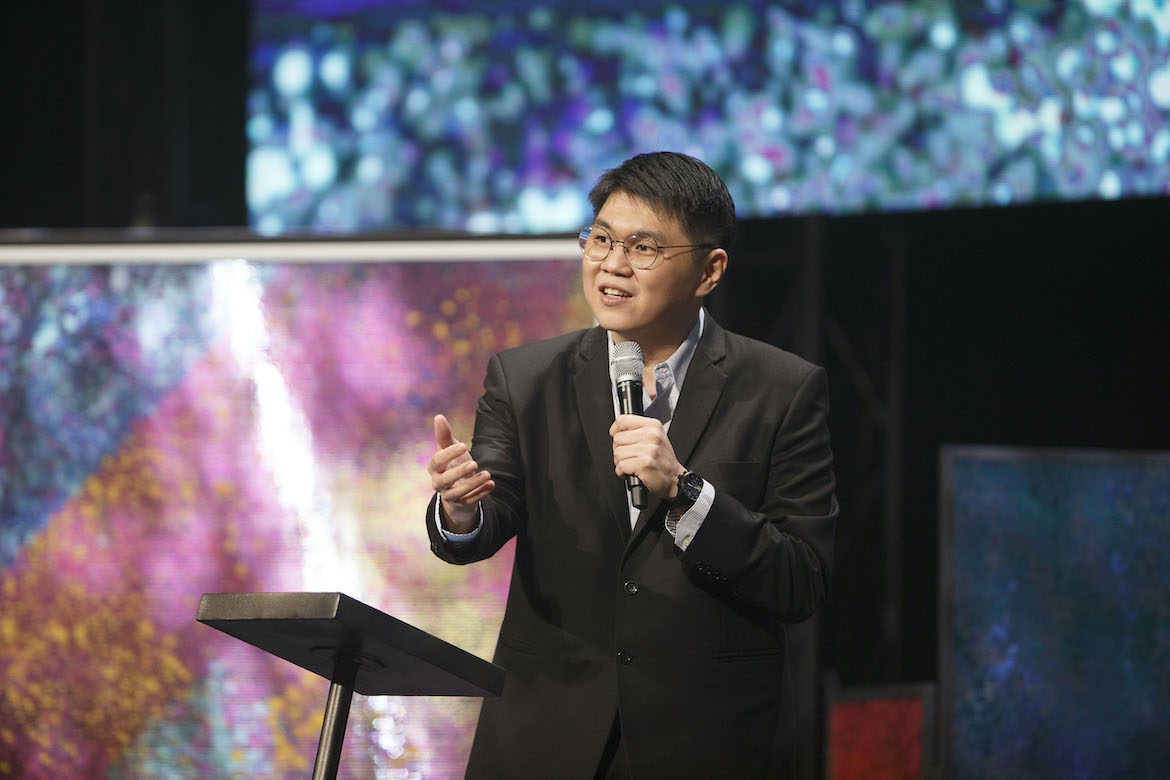 Scars can be physical or they can be emotional—some are out of one’s obedience to God, some out of one’s own foolishness. Some are inflicted by others, while others are self-inflicted. Yet, no matter the circumstances, God never wastes anything in a person’s life, the pastor said.

“You are not defined by our past, but you are prepared by your past. God wants to heal your wounds and use them for a greater future,” he encouraged the church.

Bringing the congregation back to a special Coffee with Kong Weekend Edition that took place during service, Pastor Junxian shared that he felt that that message marked the beginning of something new for the church. At the same time, God also wants to heal His people of their past wounds (Isa 58:8, GNT).

CHC has always been a church full of passion: its members are committed to live their lives fully for God. But the last decade had been a challenging one for the church, and some members have been scarred by disappointment and discouragement, defeat and hopelessness, guilt and shame. Some have become angry and bitter towards others and life; others, angry with themselves.

“I want to encourage you this afternoon,” said Pastor Junxian, “God is here and He says, ‘Peace to you.’ Open up your hearts and allow the Holy Spirit to minister to you.”

The pastor thanked the pioneers of the church for their sacrifice and for not giving up on the vision of God for CHC. He went on to share that at the start of the trial, many of the friends he had grown up with left the church. Even though Pastor Junxian and his wife, Dawn had also gone through much pain and loss, they made the decision not to give up on the church and its calling.

Reading Romans 5:3-4 and Isaiah 42:18, Pastor Junxian encouraged the church not to let their past wounds grow into bitterness that will poison their soul. “Pastor Kong (Hee, CHC’s senior pastor) always teaches us that when we are wounded, don’t nurse it, don’t curse it, don’t rehearse it, and God will reverse it.”

He continued that God is doing a new thing in CHC and He will not do it in secret (Isa 43:19). During Easter this year, despite the ongoing pandemic and restrictions, the church saw more than 1,000 decisions made for Jesus. For the past two weeks, more than 1,700 participants were up at 6 am daily to pray at the online Early Morning Prayer Meeting.

“This is something unheard of—it can only happen supernaturally,” Pastor Junxian said.

In closing, Pastor Jun Xian noted that when the apostle Thomas saw Jesus entering the room, He immediately believed. He encouraged the congregation to be like Thomas, to “only believe, because all things are possible if we only believe.”

He urged the church to allow God to heal their wounds. He gave the example of Jacob who came out of the wrestle with God, limping and needing to lean upon the Lord for the rest of his days.

What Holiness And Chastening Really Mean

Of Caves, Spikenard Oil, Fishers Of Men And...