By nature, the disciple John was a man of conviction who believed in protecting the truth. How did he go from being a judgmental “Son Of Thunder” to the “Apostle of Love”? Pastor Aries Zulkarnain revealed the cause of his transformation at City Harvest Church last weekend.

How does a Christian love like Jesus? This was the question that lay at the heart of the sermon by CHC’s executive pastor Aries Zulkarnain, who preached last weekend (Feb 20 and 21). To answer this question, he showed the church three encounters that the Apostle John had which completely transformed him.

Pastor Aries began by conducting a live survey with the congregation, both on-site and online, asking for their response to a news article on a serial adulteress and a statement about a leader who had betrayed a friend. He would come back to the results of this mobile survey later in his sermon.

John was a temperamental and judgmental man when he first met Jesus, said the pastor, but by the end of his three and a half year journey as Jesus’ disciple, ending at the foot of the Cross, John had become a different person. To the amusement of the congregation, Pastor Aries invoked a popular meme to illustrate his point: John pre-transformation was Angry Hulk; post-transformation, he was Civil Hulk. “He looked like this after he had been with Jesus. He was a completely different man,” quipped the pastor. 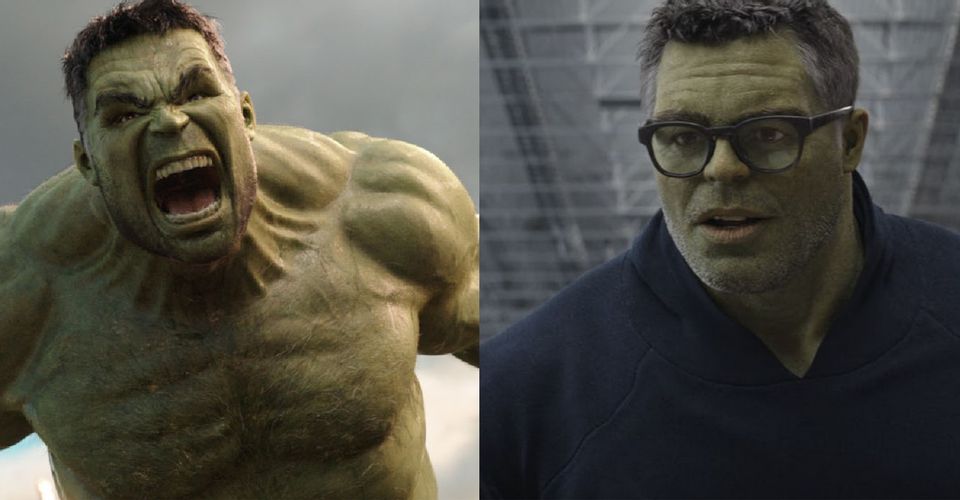 Reflective thinking is the act of measuring oneself against something, and the result of doing so is to see things from God’s perspective. As John lived his life with Jesus, he recognised that his own temperament needed to change.

This is what 2 Corinthians 3:18 teaches. Reading the passage, Pastor Aries taught that when a Christian measures himself against God’s standard—against what Jesus would do—he begins to see Jesus’ perspective and realise that there are areas in his life that he needs to change.

“John could have learned all these (bad) behaviours from the environment around him, but being with Jesus those three and a half years transformed him. I want to show you three unique incidents in the Gospel of John that gave him Jesus’ perspective,” said Pastor Aries.

“From the story of the adulterous woman, John learned that love is a balance of grace and truth,” he said. John 8:1-12 told the familiar story of Jesus forgiving a woman caught in adultery–Pastor Aries pointed out that no other Gospel recorded this story. 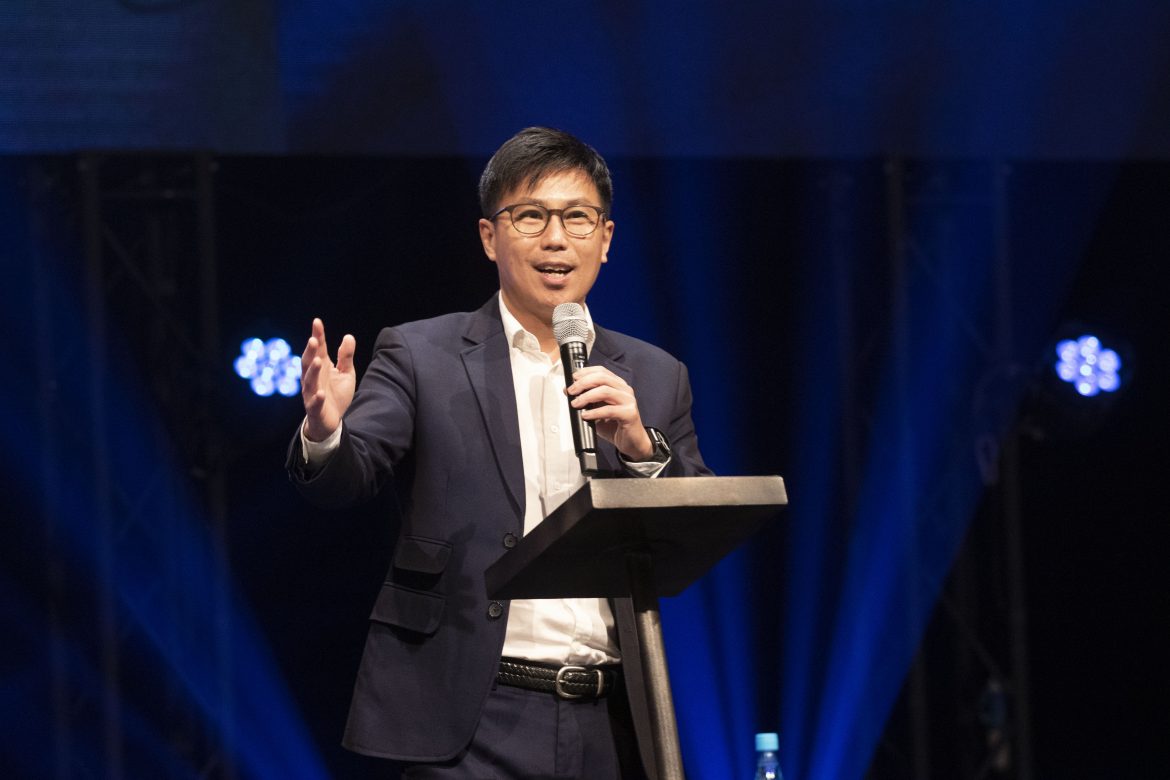 From his epistles, one could tell that John was a man that valued truth greatly (1 Jn 1:6-8). In his eyes, it was either the truth or not—there was no middle ground. “He must have been thinking that there was no way that Jesus could set her free or give her a way of escape because it was clear that the woman deserved to be punished because she had committed a sin,” the pastor suggested.

“What John felt then, was what you also feel,” he continued, bringing the congregation to a composite of all the responses they had keyed into the survey at the start of the sermon. Some of these included words like “promiscuous”, “men-stealer”, “this girl has wrong values”, and “this is so sinful”.

“If Jesus were to set her free without addressing her sin,” Pastor Aries said, “John would have very disappointed in Jesus’ leadership, because he would know and see that this leader does not regard holiness. But he was shocked when Jesus responded differently.”

Jesus did not trivialise the woman’s sin, yet he did not treat her the way the Pharisees had treated her. He invited anyone who had never sinned to cast the first stone, resulting in the conviction of all the accusers who quietly left. When they were the only ones left, Jesus told the woman, “Neither do I condemn you; go and sin no more.”

“John was shocked because for the very first time, he saw a different side of love that he needed to learn from Jesus. Love must be balanced with truth and grace; truth must be accompanied by grace,” the pastor taught. “That day, John began to see that he needs to change.”

Reading John 18:15-18, the pastor noted that John was with Peter when Peter denied Jesus three times. “And the third time, he cursed and swore,” said Pastor Aries. “All this while, John was there with him.”

John had witnessed the leader chosen by Jesus betraying Jesus. He must have felt hurt and betrayed. This time, Pastor Aries called up the responses the congregation had given to the second scenario and noted that many had said that they would be “shocked and disappointed”, “disgusted” and even “lose respect for this leader”.

“What you have written over here is probably what John felt that day. His leader cursed and swore, and betrayed Jesus in front of him,” the pastor said. But as John reflected while writing the Gospel, he began to see things from Jesus’ perspective.

This was evident from the way John wrote about what happened between Jesus and Peter at the beach after Jesus’ resurrection (Jn 21:7-12). John used the same Greek word anthrakian for “fire” in John 21:9 where Jesus built a fire by the beach and in John 18:18, where Peter stood around a fire warming himself before he denied Jesus. “John began to put those two things together when he saw Jesus’s love and perspective. That the fire of denial became the fire of restoration,” the pastor preached.

John must have thought that it was impossible for Peter to lead again after he had denied Jesus, yet Jesus restored him and gave his calling back to him fully. This would have caused John to see that love is a balance of forgiveness and restoration.

By the time Jesus was hung on the Cross, all the other disciples had fled—John was the only one at the scene (Jn 19:25-27). “John heard and saw everything that happened at a scene of the crucifixion,” said Pastor Aries. “Do you know what he saw? He saw the greatest demonstration of love.” 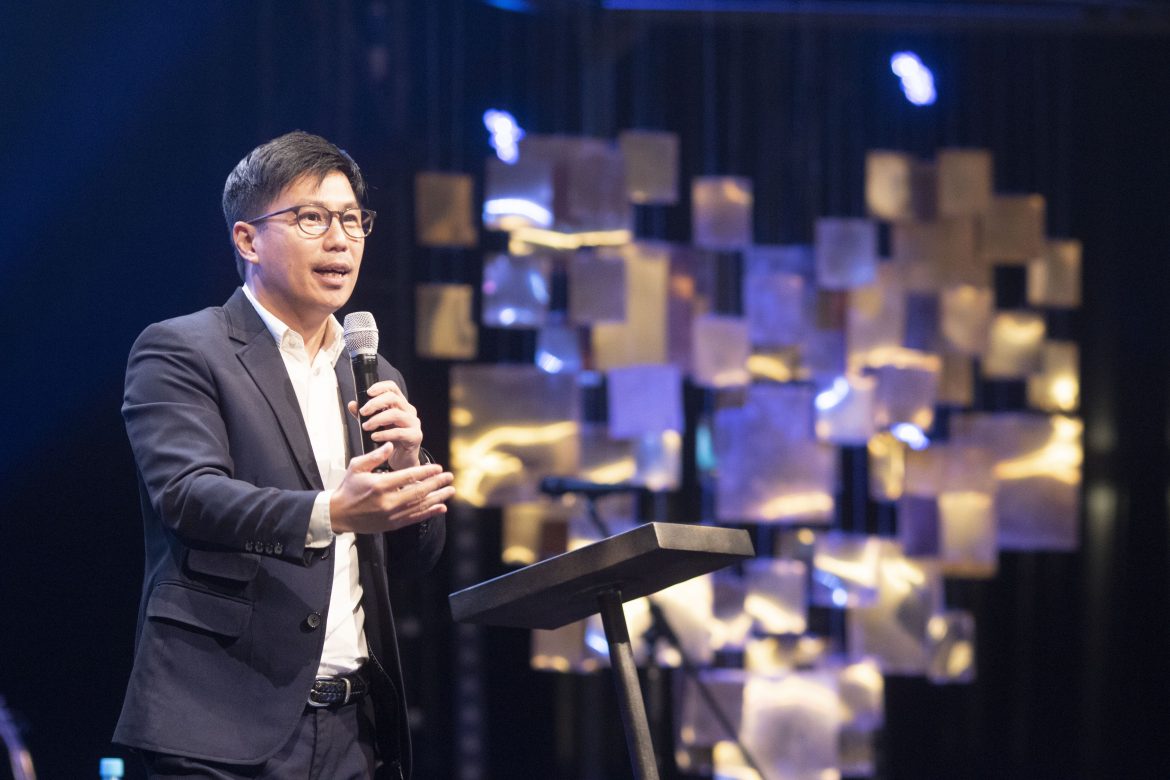 Jesus, the innocent and good Man who was loving and kind, deserved to live. Yet He was taken advantage of by the Roman soldiers who mocked and humiliated Him. This was a gross injustice—particularly to John who was a man who believed that a person deserves to receive according to his actions.

Pastor Aries imagined how John would have felt: he would have wanted to call down fire from heaven to destroy everyone who humiliated Jesus. But he would also have remembered Jesus rebuking him for suggesting  it before.

“Jesus chose to remain on the Cross so that He could bring reconciliation to Mankind,” the pastor said. “And John was shocked again when Jesus uttered the words, ‘Father, forgive them for they do not know what they are doing.’”

Because he had witnessed this great demonstration of love, John was able to pen the most-quoted verse of the Bible, John 3:16, “For God so loved the world that He gave His only begotten Son, that whoever believes in Him should not perish but have everlasting life.”

In closing, Pastor Aries urged the church to use the Word of God as a mirror, to measure their feelings and actions against Jesus’. “In that way, you will be transformed into the same image of Jesus from glory to glory,” he concluded.