She gave birth to a special needs boy, lost her husband to leukemia, uprooted and settled in Singapore without a job. Ann Chong’s incredible life story is a powerful testimony that God never leaves or forsakes His children.

Ann Chong, 50, joined City Harvest Church in Dec 2012 and attends its Chinese service. Looking at the single mother of two boys, Oscar, 18 and Sijun, 16, one would never guess the pain she has endured, and the incredible work God has done in her life.

Sijun was born with a hole in his heart. When the doctors ran a blood test on him, they discovered that he had Down’s Syndrome. It came as a shock to Ann and her husband as the previous scans by the doctor indicated that their baby was normal. She couldn’t help but question “Why must this happen to me?” and “Why must he be born?” But Ann realized that her child was innocent, and that it was she who had to bear the responsibility for him, being his parent.

Due to his heart condition, Sijun had to be hospitalized after he was born. After many weeks of tests and observations, his condition stabilized. But still, his doctors refused to let his parents bring him home.

At that time, a Christian friend visited Ann and prayed with her. Ann made a quiet promise to God that if he allowed Sijun to be discharged, she would acknowledge Him as the true God and follow Him. To her surprise, that same afternoon, the doctor announced that Sijun could be discharged—there was no need to do the scheduled checks and observations.

“I was thinking, Oh no! Now I have to be a Christian!” she laughingly recounts. Ann decided to keep her promise to God.

SUDDENLY, A SINGLE MOM IN A FOREIGN LAND

Life dealt Ann another blow when her husband was diagnosed with leukemia when Sijun was just 9 months old. Her husband went through nine months of chemotherapy before passing away. The only consolation to Ann was that he had accepted Christ and was baptized.

Almost overnight, Ann became a single mother with two very young children. Fortunately, she had her family’s support in Malaysia, which helped her through her devastating loss.

A few years later, Ann felt God speaking to her, to be like Abraham and leave her country, to come to Singapore. 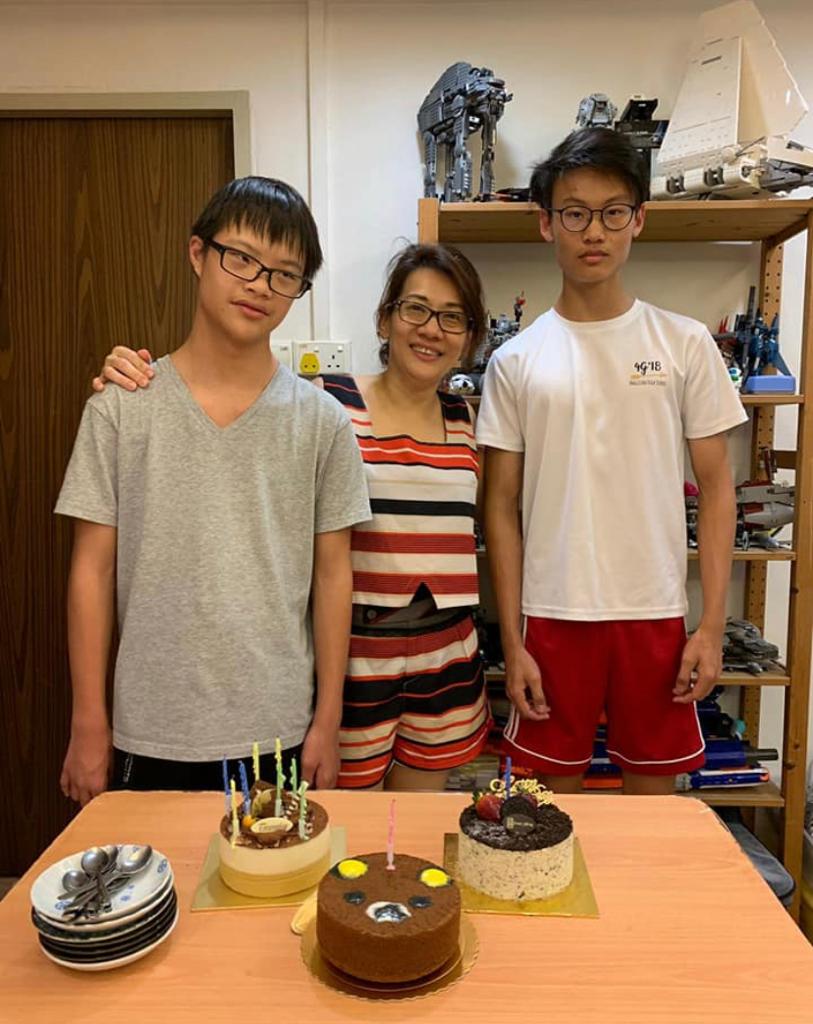 Ann with Sijun (left) and Oscar

It was a true test of her faith, so she asked God for confirmation. Out of the blue, her brother’s wife asked her if she had considered going to Singapore to explore better educational options for her sons. That same night at dinner, her brother, who is usually most protective of her, asked her the same thing—and he had not discussed it with his wife. Ann felt that this must be the confirmation she has asked from the Lord.

However, even though her sons’ application to an international school in Singapore was successful, many challenges awaited her. Unlike in Malaysia where she had her own business, Ann found that she had to start from scratch in her career.

“At that time, I was already 38, and whatever job that was offered to me, I had to take it. I went for my first interview and accepted the job,” she recalls. It was a low-paying position as an apprentice in soft furnishing interior design.

The three of them moved into her sister’s home in Singapore. Unfortunately, this caused much tension and strain in the sisters’ relationship. The school fees for both her sons were also taking a toll on Ann. On top of that, she faced a steep learning curve at work as it was a completely new industry for her.

All these amounted to intense pressure and anxiety on her. Ann felt most despondent seeing her sons unhappy with their situation—she felt that she had let them down. Alone in bearing all these burdens, she reached the point of giving up.

“I really felt like God had left me,” she shares. “I couldn’t see His promises. I even felt lied to by God, or maybe I had heard wrongly from Him?”

That night, Ann poured out her grievances and wept before the Lord. As she cried, God started to show her Isaiah 41:10, and assured her that He would never leave her nor forsake her. After that encounter, she decided to give God another chance.

Things did not improve immediately. Ann still found herself crying in the night when things were tough, but every morning, she would remind herself that God’s grace is sufficient for her, and pick herself up again. 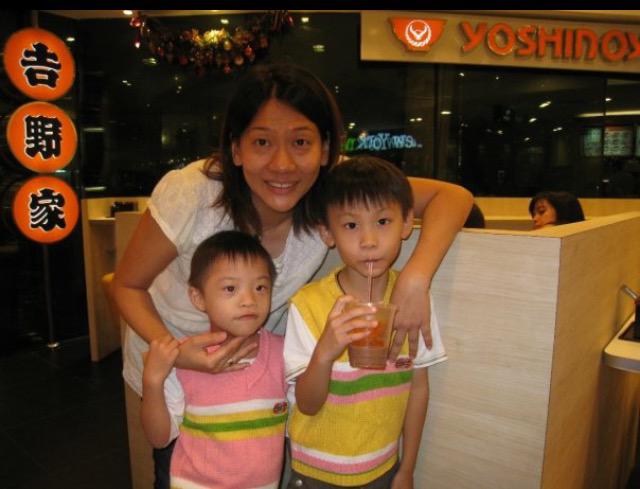 Ann with her sons when they first moved to Singapore

Day by day, year by year, her sons began to grow up and their lives started to improve. “In the process, I really came to realize that God’s grace is indeed sufficient for me.”

Looking back over the years, she now understands God’s plan for her family in Singapore. She is grateful that she found a spiritual family in City Harvest Church.

“I am spiritually fed and I have grown closer to God because every week I can attend service, cell group and even serve God,” she sharess. Besides her own spiritual growth, she is also thankful for the opportunities for growth and education that her sons get here, particularly Sijun, who is an accomplished artist.

GOD WATCHED OVER HER SONS

“When Sijun was born, the doctors gave up on him,” Ann reflects. “They all said that he would not be able to talk, and that his muscle tone was very weak—if he could learn to walk, that would be a miracle.”

However, she did not give up on her son, and when they moved to Singapore, she brought him to speech therapy regularly. After one year, he began to utter sounds and eventually started speaking. Now at 16, Sijun can travel on his own to school. He takes care of himself and even takes part in modelling shows and performances.

Ann attributed all these miracles to prayer. From the time Sijun was young, she would lay hands on his head every night, speak in tongues and pray for him. She witnessed how prayer changed Sijun’s intellect and appearance, and so did her cell group members who watched as God transformed him. They use Ann and Sijun’s example to encourage other parents with special needs children to believe in the power of prayer.

Her first son Oscar has learned to pray like his mother. Ann has seen God coming through for him in things big and small: from praying for a phone as they couldn’t afford one to being granted permanent residency so that they can continue to stay in Singapore, God fulfilled Oscar’s prayer requests in amazing ways.

“If I had given up, I wouldn’t have seen what God has done,” says Ann. The family has now moved into their own home, and Ann is now handling sales in soft furnishing interior design. Oscar is doing well in junior college and will be enlisting in National Service soon. Ann is amazed at what God has done for her as a single mother bringing up two sons.

“Some people might think that my life is cursed—I became a widow when I was young, and had a son with disabilities. However, God can really turn our curses into blessings. With His help, I have become someone who can bless others.”

Ann is grateful to God for her reward in obeying and trusting Him: her two good and loving children. Her incredible story was the inspiration for the Chinese service’s short film 八点钟的约定, which will be shown over YouTube this weekend. Ann hopes that it will be an encouragement to all parents with special needs children, to never give up and to continue to trust in God, “because as long as we believe, we will experience the goodness of God.”

About The Father’s Business: Reflections From Pastor Tan...

Keeping A Thankful Heart Through Cancer