He won the hearts and admiration of his cohort when he faithfully attended Bible School last year despite having to simultaneously undergo cancer treatment. Justine Lee, Aiden Ho’s cell group mate and SOT team leader shares how he “fought the good fight” all the way to the end.

Late Saturday night, July 25, Aiden Ho went home to be with the Lord after a long battle with cancer.

Last September, Aiden walked the stage during the School of Theology graduation ceremony to accept the Courage Award—recognition for his tremendous grit and perseverance in the face of cancer. 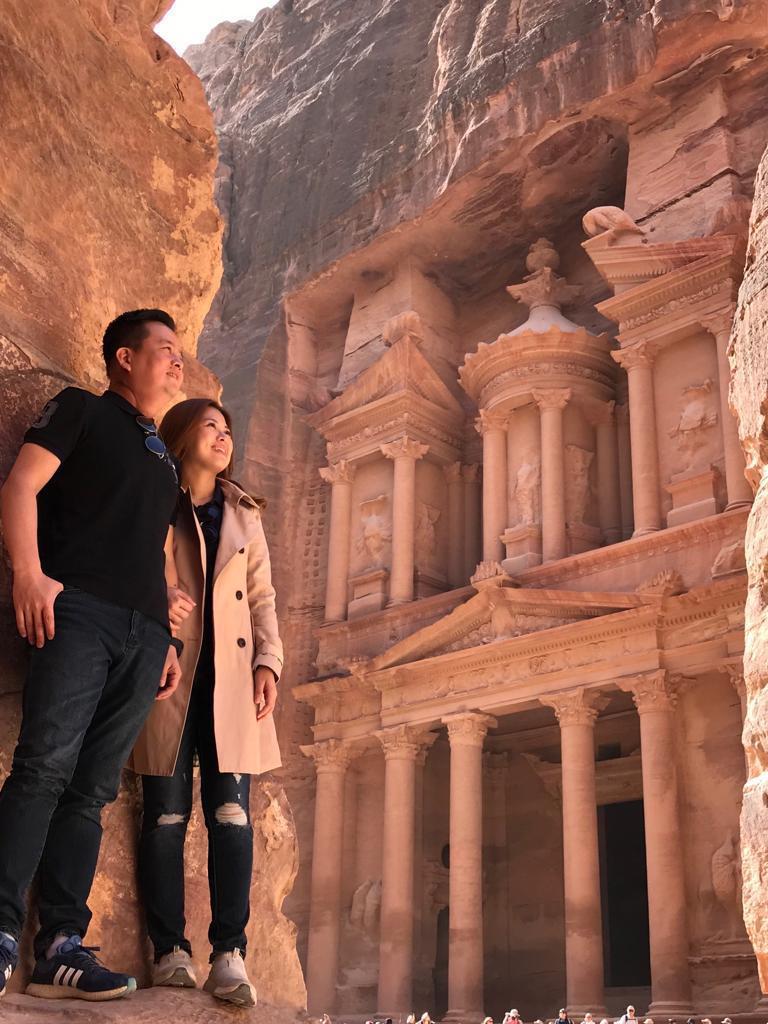 Aiden with his wife Angel in Petra in November 2019

When City News interviewed him in January this year, we learned that Aiden was diagnosed with nasopharyngeal cancer in November 2016. In September 2018, he was given two months to live when his doctor discovered the cancer had spread across his body. Instead of focusing on the prognosis, Aiden decided to embark on intensive radiotherapy so that he could enter SOT in 2019.

Throughout his time in SOT, Aiden came to class as much as he could—he lived in Johor Bahru and would travel to school daily, often with his wife Angel who graduated from SOT in 2017. The couple went on multiple mission trips—most SOT students make one trip as part of their curriculum—and actively supported the overseas students, being a blessing wherever they went.

It was Aiden’s decision to attend SOT last year that inspired his fellow W189 cell group member Justine Lee to sign up. 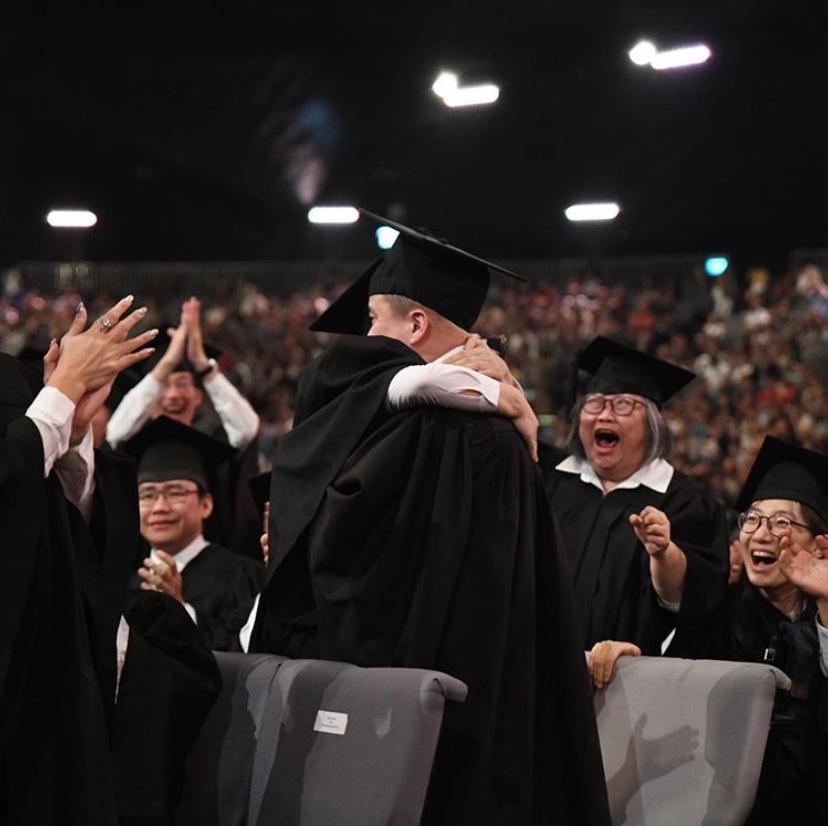 Aiden being hugged by his wife Angel the moment he won the Courage Award. His team leader Justine behind them (standing).

“When I learned that Aiden had registered to join SOT 2019, I was inspired by him and also registered for SOT,” says Justine, who was one of the Team Leaders for Team 1, also Aiden’s team. “I thank God that I got to spend a good seven months with him. We went through many memorable adventures together.

“Aiden was undergoing treatment while he was attending SOT—he was studying while fighting cancer at the same time. He was in constant pain but he still sat there at the Level 4 classroom from 8.45am to 1pm. He was totally involved in the PA Week, and even physically lugged boxes of food to bless the SOT students. 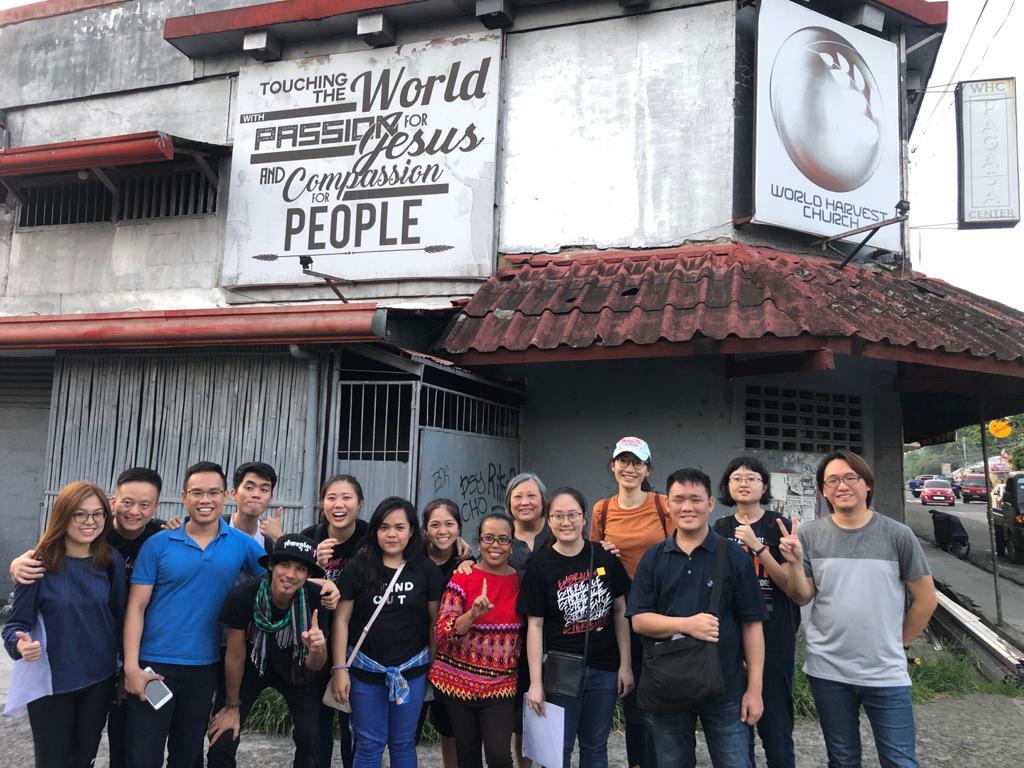 “During our team mission trip, one of our team members lost her wallet containing $500—that money was meant for her living expenses in Singapore. When Aiden learned about what had happened, he decided to bless Bambi with the amount she lost—he was not working during that time but he gave to Bambi despite his lack.

“Aiden fulfilled his desire to complete SOT. His wish was to be a missionary for God, and to spread God’s word and the Gospel. During SOT, he drew close to God and got himself equipped to serve Him,” says Justine.

After his graduation from Bible school, Aiden’s cancer turned aggressive. But this didn’t stop him from carrying out his works of faith. “After SOT, Aiden went on mission trips to Laguna in the Philippines, and also to Pastor KC Chua’s church, Tabernacle of God in Batu Pahat,” Justine listed. “He conducted Bible study lessons and also visited the poor in the barangay. He shared the Word of God, prayed for the villagers and distributed food, which he also helped to pay for.” 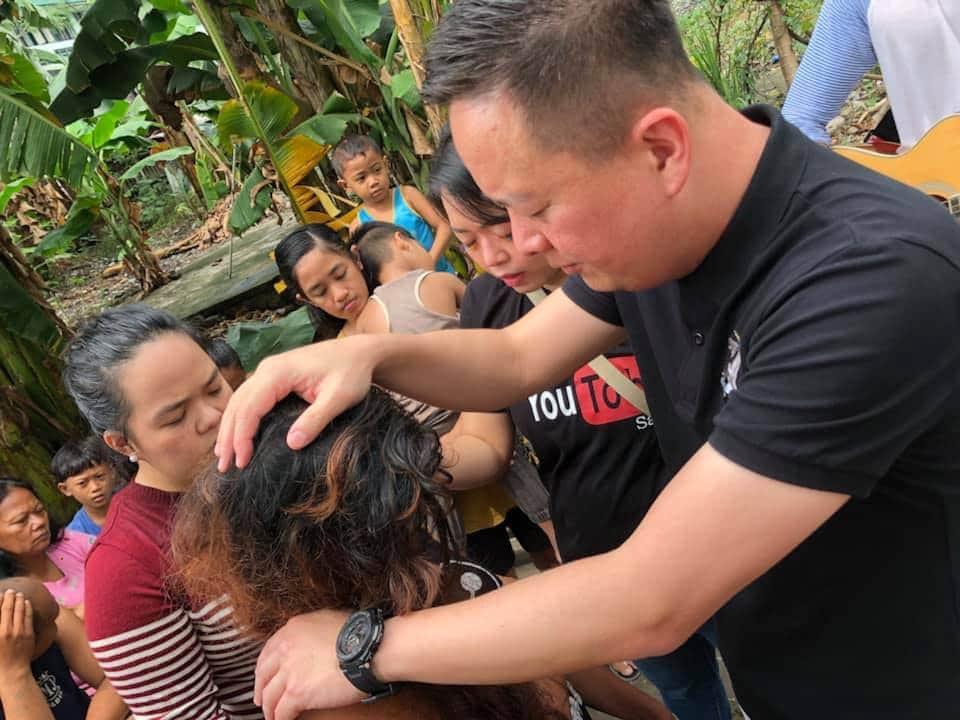 The team leader notes that instead of slowing down due to cancer, Aiden lived life to the fullest and went all out for God.

“In November 2019, Aiden brought our cell group and Pastor Meng How’s zone on a pilgrimage trip to Israel,” Justine added. “Before he joined CHC, he used to bring people to the Holy Land for tours but he was not saved. It was his wish to bring the cell group members to the Holy Land—he was very excited because he was visiting this time as a believer. Even though Aiden had to put on a morphine patch to cope with his physical pain while in Israel, he was very happy to walk in the footsteps of Jesus—he fulfilled his dream to experience Jesus as a believer and together with us.” 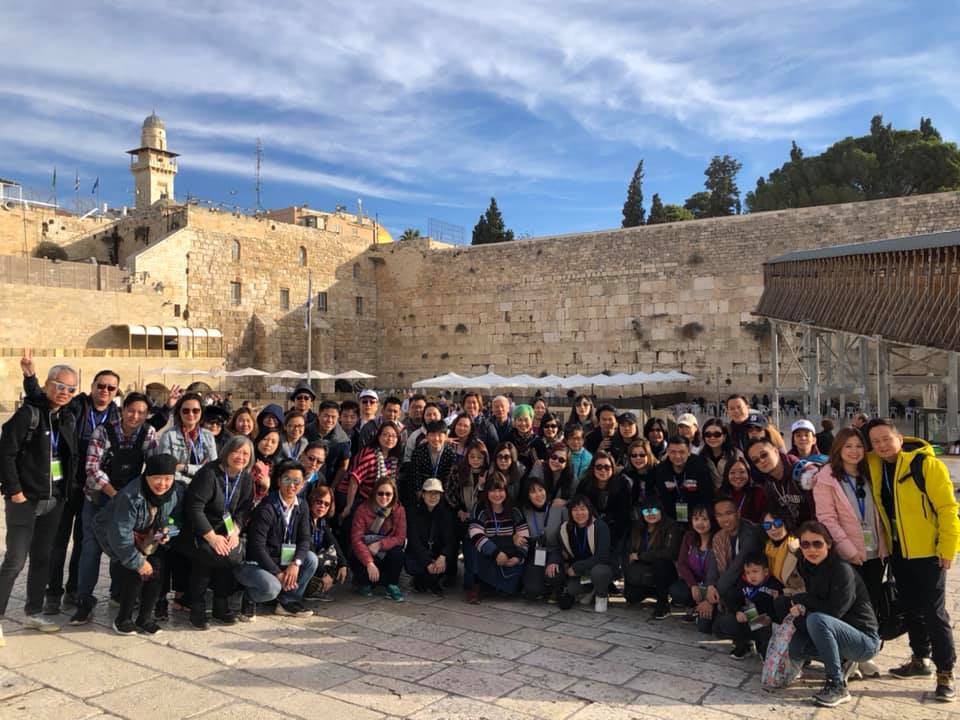 He was a man on a mission: he quit his job in finance and started a tuition center in Johor Bahru so that he could have more time to do missions for God. He also started a cell group in JB, which grew after months of his sowing: “His leadership touched the hearts and lives of these members,” says Justine.

Though Aiden and Angel lived in JB, they never missed cell group meetings. “Before the Movement Control Order in Malaysia came into effect, Aiden faithfully traveled to Singapore to attend CGM. Sometimes, Aiden, Angel and I met seven times a week: five days at SOT, cell group on Friday, discipleship meeting on Saturday, service on Sunday and lunch fellowship at Marina Square till late afternoon,” described Justine. “He gave Bible study lessons to new members. He also visited another cell group member, Justina, at her house to encourage her and pray for her. He even reached out to another friend, Yuni who was at the last stage of cancer, at the hospital to share the gospel with her and encourage her to put her hope and salvation in Christ.”

Justine saw Aiden in person until the Circuit Breaker began on April 7. After that they would meet virtually on Zoom for cell group meetings. Aiden began to deteriorate the past few months, but he would still attend cell group meeting online right up to the end. 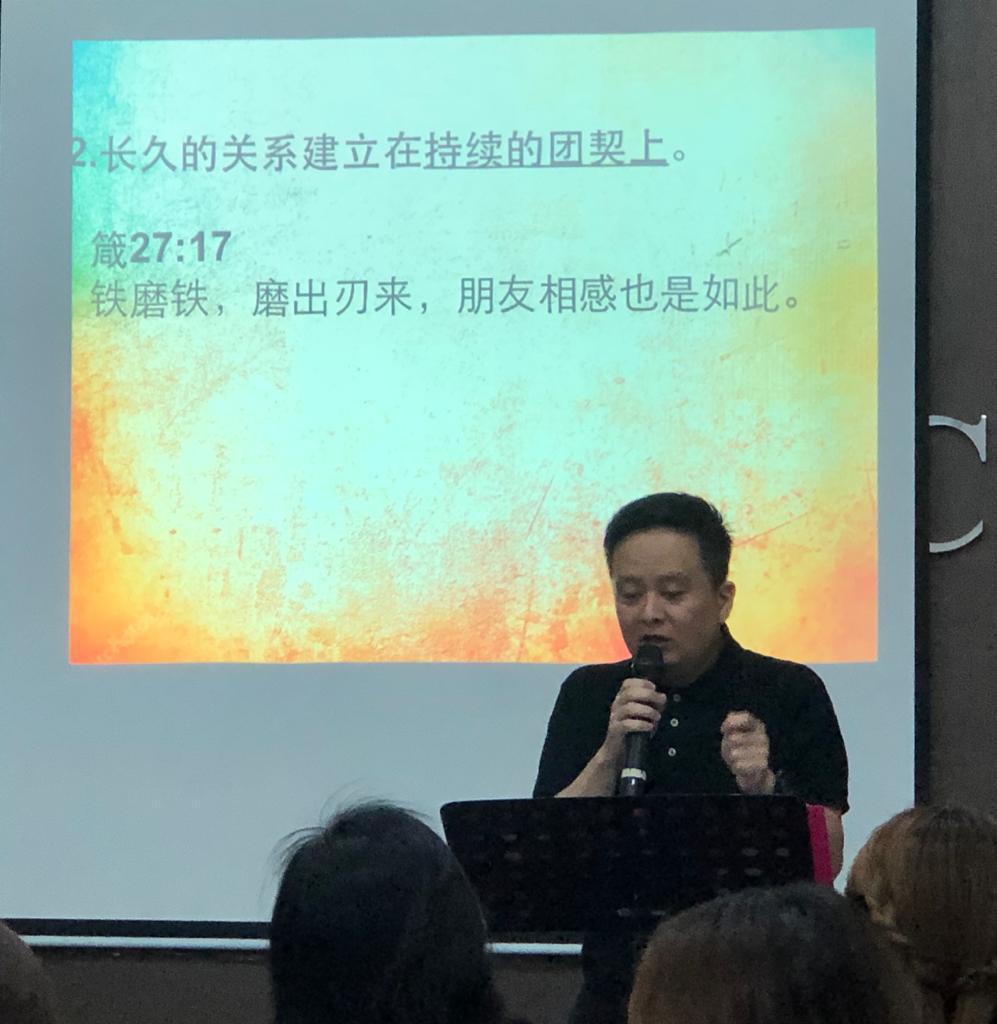 Aiden preaching at a cell group meeting in Johor Bahru

“Aiden told me that he wanted to serve God as long he has breath. Even a few days before his passing, he still wanted to conduct the JB cell group meeting because he did not want the members to miss cell group,” says Justine.

“The last I saw him, he was on his death bed. On July 24, Aiden was lying in bed in the hospital, and he took out his mobile phone and logged in to Zoom to attend our cell group meeting. Even on his death bed, Aiden wanted to worship God. He showed us a ‘heart’ sign during the meeting, and waved to us, as if to bid goodbye.”

Aiden lost consciousness after that cell group meeting on the 24th. On the 26th, he returned to the Lord. 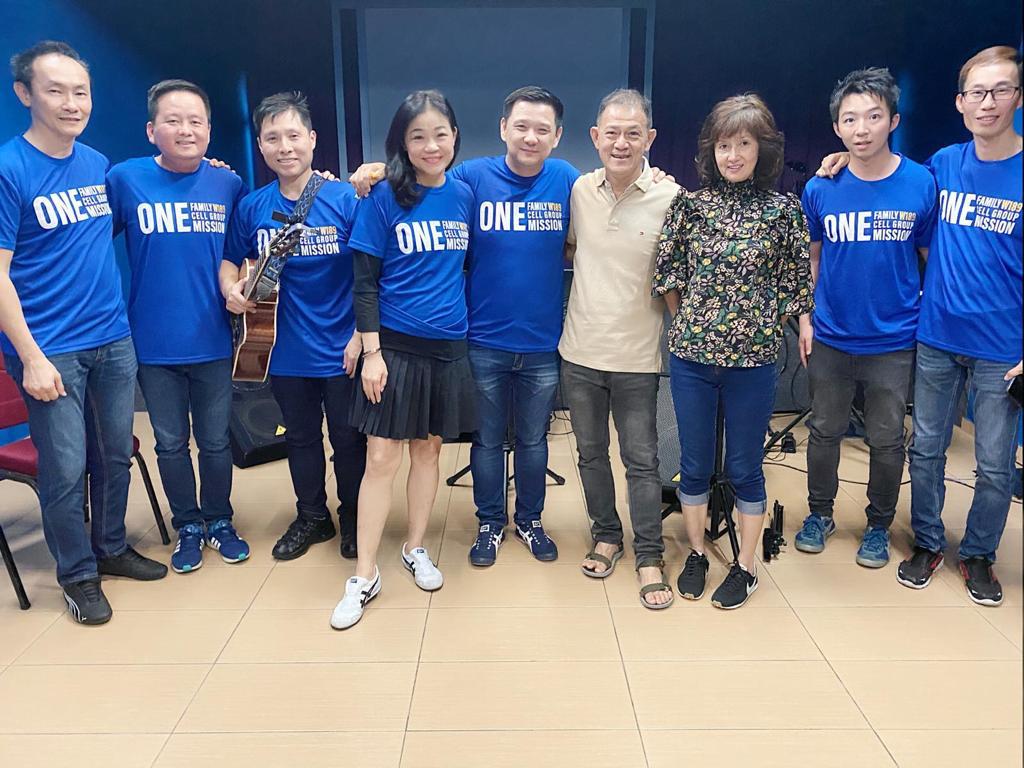 “Aiden said that he spent the best three years of his life in CHC and W189; he said he had found his home. Before that, he was always giving but after joining church and our cell group, he received love and he learned how to receive,” shares Justine.

She says, “There are many things I will remember about Aiden: his faith in God. His love for people. His giving spirit. His grit and tenacity.”

Pastor Bobby Chaw, Principal of SOT, who told of Aiden’s testimony during the SOT graduation service last year, shares, “I am saddened by Aiden’s passing as I will miss him; his cell group and church members will miss him, and especially his family.

“However, I know he is in a better place with the Lord, free from sickness and pain.

“Aiden has left such a deep imprint in last few years that his absence will be deeply missed by his family, friends and myself personally. His courage in the midst of difficulty, his passion to do the will of God, his love to serve others, and his dramatic life transformation after he met Jesus were exemplary and a testimony that Jesus is still alive in us. His story will be retold again and again to bring courage and faith to many.” 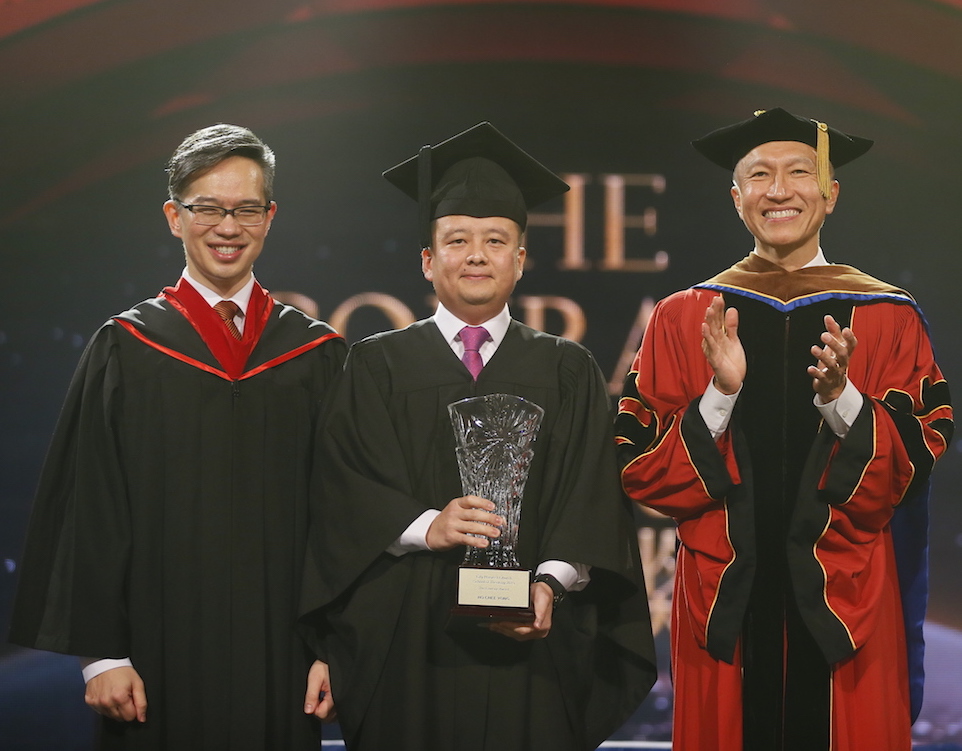