Women leaders of ET Zone, led by Pastor Edmund Tay, gathered for two meetings in August and September to share, pray and encourage each other to remember their identity in Christ and to reflect the glory of God in their lives.

Over two Friday nights in August and September, the zone led by Pastor Edmund Tay held two themed Zoom meetings for women only. The men in the zone had similar meetings with a different theme.

The theme of the women-only meetings was “GLOW: Reflecting God’s glory”. About 120 women joined in the two meetings, with three cell group leaders sharing and preaching on the value women have in Christ, and how they can live out their identity in Him.

FOCUS ON BEING FIRST, THEN DOING
At the first meeting, two speakers delivered powerful reminders to all the women. Gwendolyn Tan, 27, a human resource executive declared to the audience their worth in the eyes of God, and reminded them that their priority should be “being” instead of “doing”.

She pointed out that often, women seek after perfection through their works, but the value Christ has placed on them has nothing to do with their works or accomplishments.

Next, executive secretary Lu Jiahui, 45, built on a similar theme of identity and started her preaching by showing different princesses around the world. She reminded the women that they are all daughters of the most high King—that makes them all princesses. Yet, too often Christian women forget that this is their identity. Jiahui revealed that what often causes women to forget this truth is their past sins and shame, but they must remember that God simply calls them to come and worship Him.

During this exercise, many were visibly touched by the love of God and felt deeply ministered to. Some of the women had been believing in lies about themselves but that night, God spoke and reminded them of who they are and restored their identity.

WATCH THE CONDITION OF YOUR HEART
“Remember the weeds and remember the seeds,” said Lim Jer Blinn, 40, a senior human resource manager. She spoke at the second women’s meeting about the importance of checking the condition of one’s heart because the Bible tells us to “keep your heart with all diligence, for out of it spring the issues of life.” (Proverbs 4:23)

The weeds refer to the distractions in our lives. Jer Blinn reminded the audience not to keep watering the weeds, because they are not helpful. Instead, they need to pull them out because weeds cloud the believer’s sight of God. On the other hand, they have start planting the right seeds. This includes the Word of God and godly friends one should surround herself with.

THE TRUTH ABOUT RELATIONSHIPS
The session closed with a Q&A segment where a panel consisting of long-serving cell group leaders and currently in different phases of life, answered questions relating to relationships that had been sent by the audience before the seminar began.

One interesting question was: can Christians use online dating apps? The panel pointed out there is no straightforward yes or no answer to the question, but there are pros and cons. Using dating apps come with various risks, one being that jumping straight into dating “short circuits” the process of first building a strong friendship, which is the foundation of a strong marriage. However, they also noted that there are couples that have enjoyed a successful relationship after meeting through a dating app. The key point is, Christian women need to be mature, manage their expectations and know what they should expect if they decided to use a dating app to meet men. 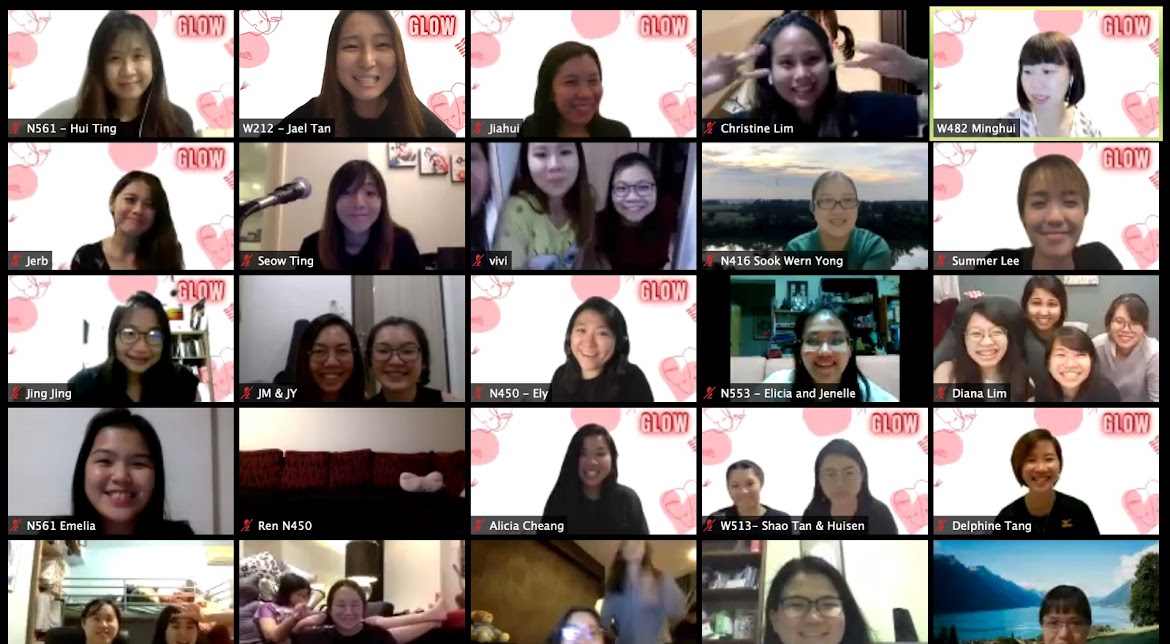 There were also pertinent questions on setting boundaries in a relationship. The panel shared that while a woman may approach a friendship with pure intentions, she cannot know for sure if other person sees things the same way. Hence, two people can have many common interests and become great friends, there is still a need to set boundaries. The panellists gave important tips like maintaining a social circle of friends with whom we can relate and talk with about different areas of our lives; and hanging out in a group because that helps one to guard one’s heart and prevents her from becoming emotionally attached to another person, regardless of the gender.

In answer to the question, “How do we know if we are ready for a relationship?” Lee Seow Shi, 30, a senior financial shared that there was a season in her life when she was single and not dating. It was a time for her to focus on building other important things in life. Also, she knew that she was ready for a relationship when she was secure in her identity in Christ. Building on a healthy friendship, she got attached eventually, and today, is happily married with two children. In short, Seow Shi demonstrated that there is no fixed age to be attached, but when one is certain of one’s identity, one’s purpose in Christ and one has something beautiful to offer in a relationship, then one can confidently enter a relationship with the right man.

The two sessions proved a fun and enriching time for all, particularly the Q&A where leaders answered “hot seat” questions and shared personal stories that had not be told before.

For this writer, the best part of the sessions was the Q&A segment at the end of the women’s meeting. As each woman leader shared with authenticity, there was a consistent message and reminder to all the women of the zone that they are daughters of the most high King, and He loves them so much that they can confidently pursue the higher calling Christ has given to them, and live out the value He has placed in them, knowing He will bring them from glory to glory.

Diana Lim, 25, is a schoolteacher and a cell group leader in ET Zone.