City Harvest’s Indonesian Service Is Back

In the first online service for CHC’s Indonesian community, Pastor Aries Zulkarnain encouraged the Indonesian members to depend on God instead of man-made stability.

Aug 17 marked the day Indonesia gained its independence as a nation. To celebrate the occasion, City Harvest’s Indonesian Service held its first online service on Aug 16.

“It has been a long time since we met. After praying and waiting for God’s timing, we felt it was time for us to restart the Indonesian Service at City Harvest Church,” said Aries Zulkarnain, the pastor overseeing the Indonesian congregation. He is also CHC’s executive pastor. City Harvest’s Indonesian Service will be broadcasted once a month via The CHC App and YouTube. The service is conducted in Bahasa Indonesia.

There was a special video before the sermon, featuring members sharing how much they missed Indonesian Service and expressing their joy at this new beginning.

TO BUILD A STRONG INDONESIAN COMMUNITY

As Indonesia celebrated its 75th anniversary as a nation free from Dutch colonization, Pastor Aries related this to the freedom that the Israelites gained in the book of Exodus.

In Exodus 6:6-7, God promised to redeem Israel from the Egyptians and take them as His people. In turn, He would be their God.

“The Israelites were freed from Egypt so that they could live freely to become His people,” the pastor said. “However, that does not mean independence from God.” Freedom, the pastor emphasized, does not mean living independent of God. Christians might think that living according to God’s commandments are restrictive and not a true sign of freedom, but Pastor Aries cautioned that when a person is free from God, the world will enslave him with sin.

He gave the example of Adam and Eve: God gave them the freedom to enjoy everything in the garden. The only caveat was, they were not to eat from the tree of the knowledge of good and evil (Gen 2:16-17).

The forbidden fruit represented the desire to be free from God. After Adam and Eve fell into sin, mankind tried to replace their dependence on God with its own strength or intelligence. Eventually, people became so used to depending on themselves that they start to see dependence on God as enslavement.

At this point, Pastor Aries announced that for the remaining months in 2020, he would be preaching on some of the things people mistakenly think they should rely on.

Reading Exodus 14:12, Pastor Aries started on the first point in his series: the reliance on stability. Despite having been freed from slavery, Israel was longing for the security of Egypt the moment they met with a crisis. Egypt had a well-planned economy and things were stable. When the Israelites left to become the people of God, they were not used to having to depend on Him instead.

“They had to learn to live by faith and depend on God instead of depending on the stability that man had created,” the pastor explained. “Crisis questions our faith: What are we dependent on?”

To live as God’s people in His Promised Land, the main criteria is to live by faith and be dependent on God.

In Exodus 24, Moses went up Mount Sinai to receive the Ten Commandments and directions for Israel to live as a free nation from God. But the Israelites grew restless and angry while waiting because they were not used to waiting on God.

Pastor Aries compared the Israelites with Christians who are looking for actions that guarantee results; they deem anything that fails to give results a waste of time. Yet, these people fail to understand that before God can fill a person with His blessings, the person must first be emptied of their ego and dependence on certainty. 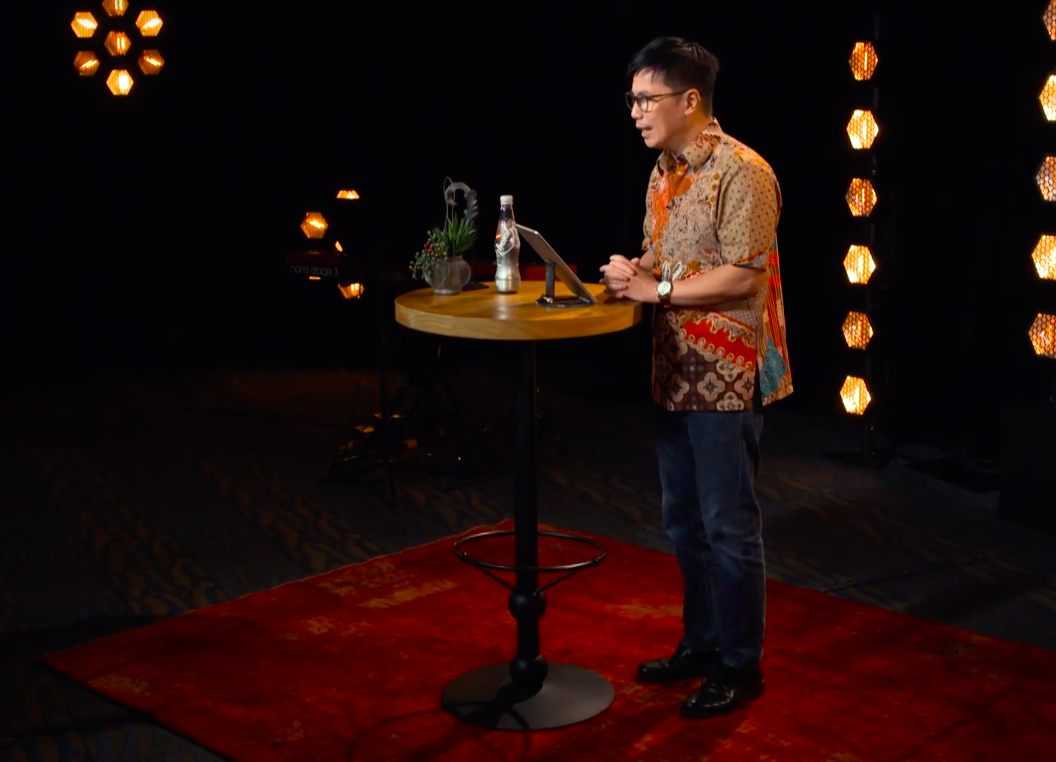 In Exodus 30, the Israelites started to rebel and demanded action from Aaron. They wanted him to build them a tangible god. Similarly, there are many Christians who look for instant breakthroughs and have no patience to be planted in a church and to work things through with God.

However, the process of growing in faith is necessary because that teaches a Christian to depend on God.

In conclusion, Pastor Aries encouraged the Indonesian members to learn to wait upon God and depend on Him. “Let’s start this new season at Indonesian Service, with a new heart and faith, surrendering to God and relying on Him!”