The Holy Spirit Tells Us We Belong To God: Bobby Chaw

Believers have three assurances through the Holy Spirit, Who is the seal, the pledge and the witness, taught Pastor Bobby Chaw last weekend. 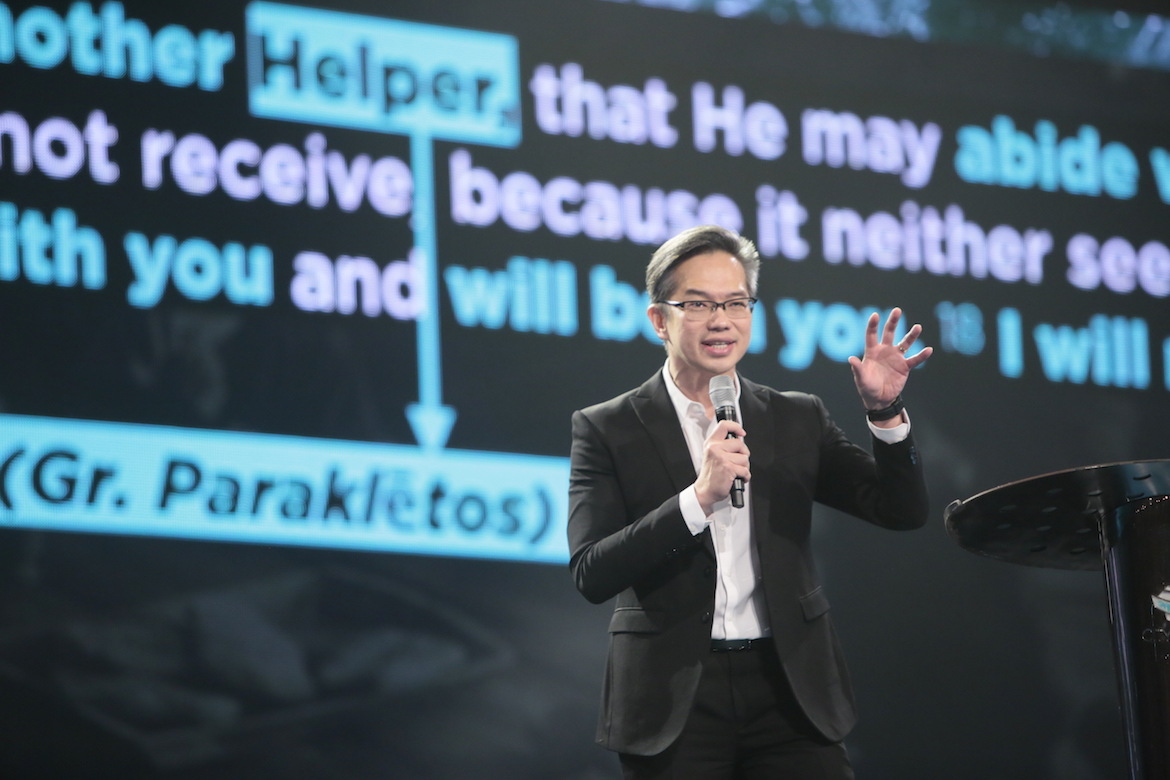 Quoting Romans 8:14, the pastor said, “If we want to grow up to be mature believers, we need to be fully led by the Spirit.”

As the year draws near to a close, Pastor Bobby noted that there could be some in the congregation who are still facing their mountain of challenges. He encouraged them to trust in the Holy Spirit. In Jesus’ farewell speech at the last supper, He told His disciples “not to be troubled” as He was sending them another Helper—the Holy Spirit (John 14:16-18).

Jesus had been with the disciples for three and a half years, helping them at every step. He promised to send the Holy Spirit who would do the same. 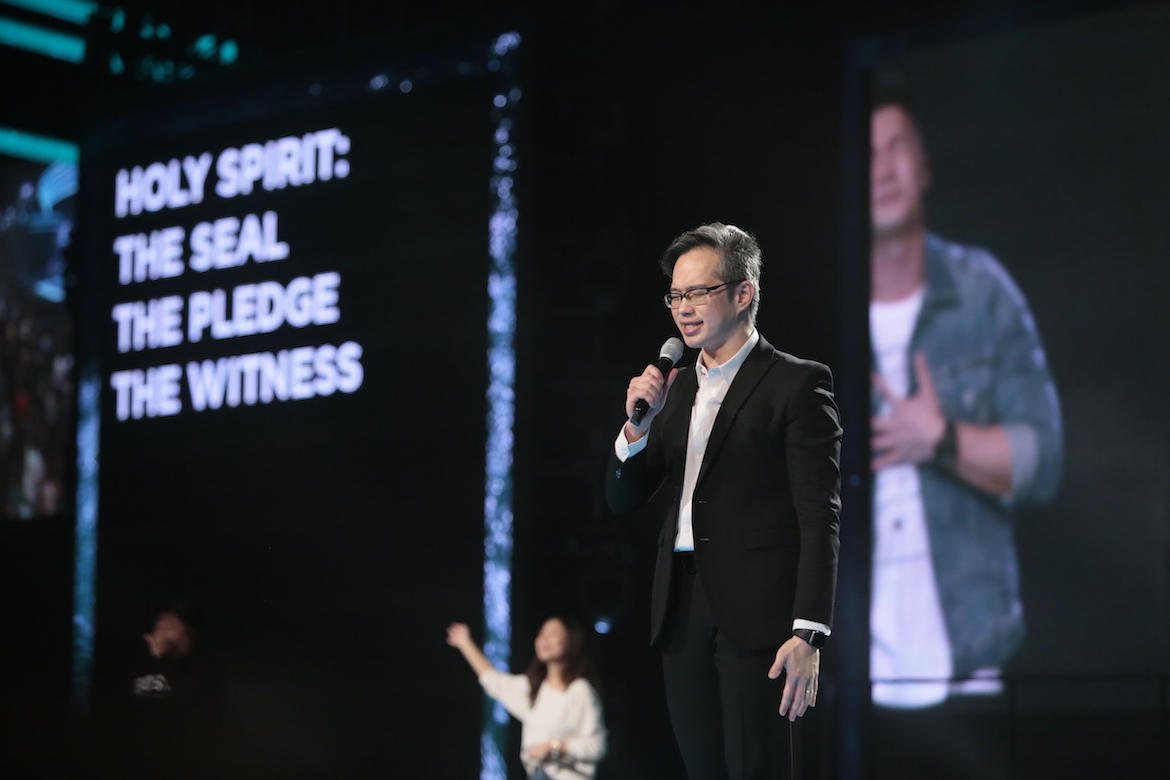 Pastor Bobby went on to share three things about the Holy Spirit that assures of His Presence.

THE HOLY SPIRIT IS THE SEAL
Firstly, Jesus marked His believers with the seal of the promised Holy Spirit (Eph 1:13-14).

“The moment you received salvation, you were marked with the seal of the Holy Spirit,” said the pastor.

A seal is a sign of security. After Jesus died on the cross, Pilate put a seal on Jesus’ tomb, signalling that the Roman Empire was guarding the tomb (Matt 27:65-66). No one would dare break the seal as they would be coming against the most powerful army of that time.

“When the Holy Spirit seals us and put His mark on us, we are secure!” declared Pastor Bobby. “The power of the Creator of heaven and earth is now backing us up. God is for us!”

He shared that that was the reason why the psalmist could declare Psalms 91:1-2, 9-11 boldly.

The seal also speaks of ownership. In Jeremiah 32, the prophet bought a piece of property and put a seal on it. Each believer marked by the Holy Spirit belongs to God and is known by Him. In John 10:27-29, Jesus assured His believers that He knows each of His sheep and “no one is able to snatch them out of My Father’s hand”.

“The Lord hears the prayers of those who belong to Him. Don’t give up praying!” the pastor encouraged.

THE HOLY SPIRIT IS THE PLEDGE OF INHERITANCE
Ephesians 1: 13-14 declares the Holy Spirit as the pledge of inheritance.

Pastor Bobby explained that in Paul’s day, a pledge was understood to represent three things: a downpayment, an obligation to buy and a sample of what is to come.

He exemplified his point with the Singaporean practice of newlywed couples buying a public housing flat. When the couple pays the downpayment, it seals the agreement and the couple now has an obligation to buy the flat. The downpayment is also a sample of what is to come—which is the full selling price of the flat.

Just as it states in 2 Corinthians 1:21-22, a pledge is a guarantee—God is committed to His Word and will fulfil His promises.

“Don’t give up believing,” the pastor said, quoting John 11:40, “Did I not say to you that if you would believe you would see the glory of God?”

The pledge is also a guarantee of a new glorious body (2 Cor 5:5, NLT). “Though we have weaknesses and struggle with physical and even mental illnesses, we have the Holy Spirit, as a downpayment, a foretaste of what is to come! When we reach out to the Holy Spirit in faith, He manifests His gifts of healing and miracles,” said Pastor Bobby.

He shared his personal testimony of contending with low blood pressure for much of his life. Once at a hospital when he had his blood pressure taken, the alarm went off. The nurse commented that he should have been lying on a hospital bed, not walking around. Pastor Bobby told the congregation that he believed that it is only by the Holy Spirit that his body can function normally.

“I believe I am struck down, not destroyed. Hard pressed but not crushed.” he said, referencing 2 Corinthians 4:7-10.

THE HOLY SPIRIT BEARS WITNESS THAT BELIEVERS ARE CHILDREN OF GOD
The pastor brought the congregation to Romans 8:15-16.

The purpose of a witness is to provide trustworthy testimony in order to establish certainty, to give confidence, assurance and security. Without this certainty, there can be no relationship or intimacy.

Pastor Bobby pointed out that in Romans 8:16 which says “The Spirit Himself bears witness with our spirit that we are children of God,” the phrase “bears witness” is in present tense. This means that the Holy Spirit is still witnessing to His believers, even today. 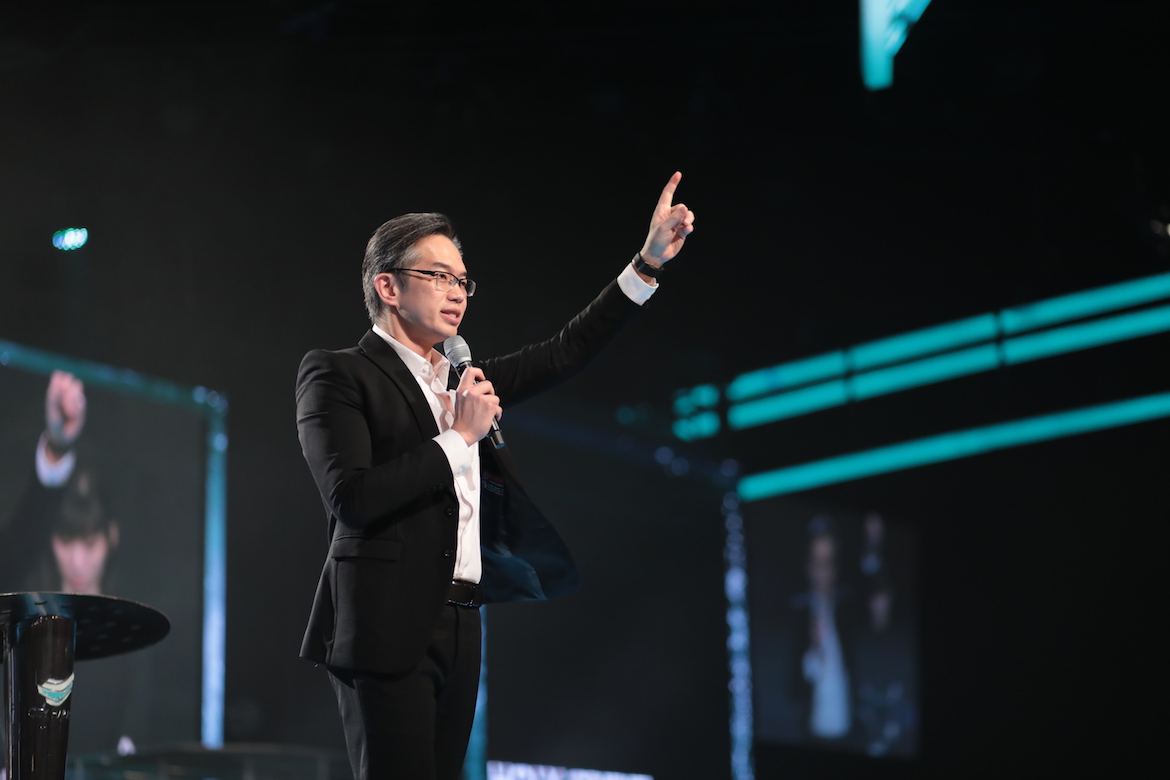 He related the testimony of Jane Quek, whose mother abandoned her at age 3; she then lost her father at age 6. Growing up without parents, she felt she belonged to no-one. When she was 12, she nearly drowned in a pond—she hit rock bottom realising that if she had died, it would make no difference to anyone. But in 2010, Jane met Jesus at a service at CHC. It was then the Holy Spirit bore witness to her that when she was abandoned, Jesus was there. When she nearly drowned, He was there to ensure that she lived. From that time on, Jane’s life was turned around: she now knew the love of Father God. Jane enrolled in CHC’s School of Theology this year, and on her team’s mission trip to Myanmar, she shared the story of her childhood with 70 orphans. The Holy Spirit moved through her testimony to touch and bring inner healing to the children.

“Life can be cruel and difficult,” said Pastor Bobby. “But the Holy Spirit wants to bear witness in our hearts. He wants us to know the love of God with an utter confidence. That we belong to Him, that He is our loving, caring, protecting, powerful Father.”

As the service ended, the pastor prayed a heartfelt prayer for the congregation, and exhorted them: “Let us continue to love God with confidence.”