Having Fun Together At The Chinese Service Carnival

“一起嗨翻嘉年华”—”Let’s Have Fun Together”—was an event organised by CHC’s Chinese Service that brought its members together for an afternoon of laughter and bonding. Held on 25 Sep, the carnival aimed to create an opportunity for its members, both young and old, to build friendships through games, performances, even shopping! Hall 605 was transformed into a house of fun

The carnival committee transformed Hall 605 at Suntec Singapore into a house of fun, filled with games and photo booths, and a small stage erected right in front of The Ink Room bookstore. Committee members Janice Ting, 34, a childcare teacher, said that she was very happy to see a large event happening again after two years of Covid restrictions. “The most important thing is that we’re all together now, happy and enjoying each other in Christ,” she shared.

LET’S HAVE FUN TOGETHER!

Before the event started at 1.30pm, the Chinese congregation was already waiting eagerly in the hall where the Chinese worship service was held. The first order of the day was an ice breaker, Scissors, Paper, Stone. Two participants would come together to challenge each other and the losing party would have to get behind the winner. There was a twist to the game: instead of yelling “scissors, paper, stone”, the participants had to say “一起嗨翻嘉年华”, loosely translated to mean “Let’s have fun together!” 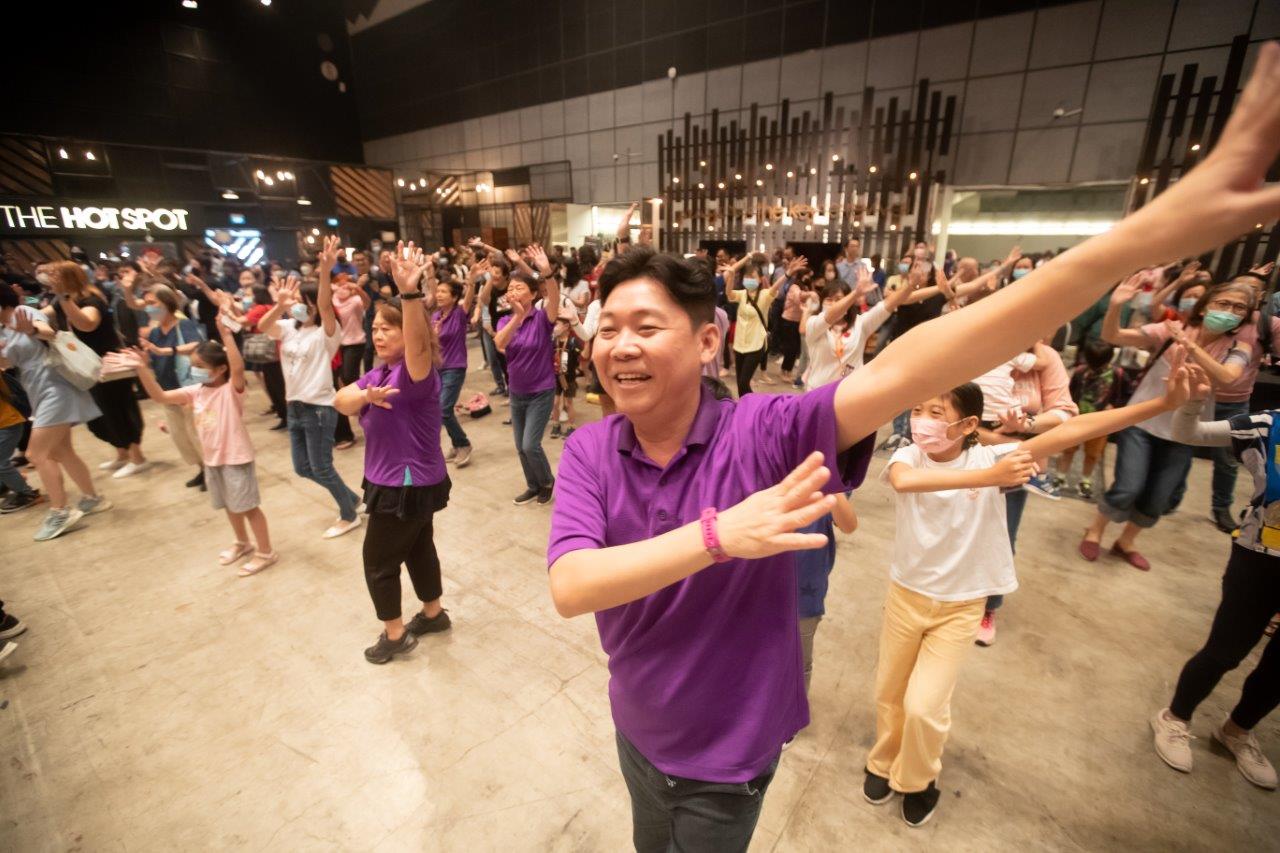 Dancers leading the crowd in “赞美操” .

Next, a large group of energetic dancers, sporting purple T-shirts, led the crowd in an aerobic workout, “赞美操” (Praise Dance). One of the dancers, Susan Tan, 65, shared that they hold dance practice every Wednesday, and attending these practices bring her peace and joy, apart from developing a healthy lifestyle.

Once the dance ended, the participants strolled off to collect their stamp cards and to visit the various booths, which ranged from games to stalls selling clothing, bags and accessories. Each time they visited a booth, they would receive a stamp on their card. Once they accumulated six stamps, they could collect a a goodie bag of snacks at the designated station near the Hotspot.

At the photo booth, a snaking queue was forming fast. Many members were standing in line with their friends and family, waiting to flash their best smiles at the camera and bring home memories of their time at the carnival captured in a 4R-sized photo. 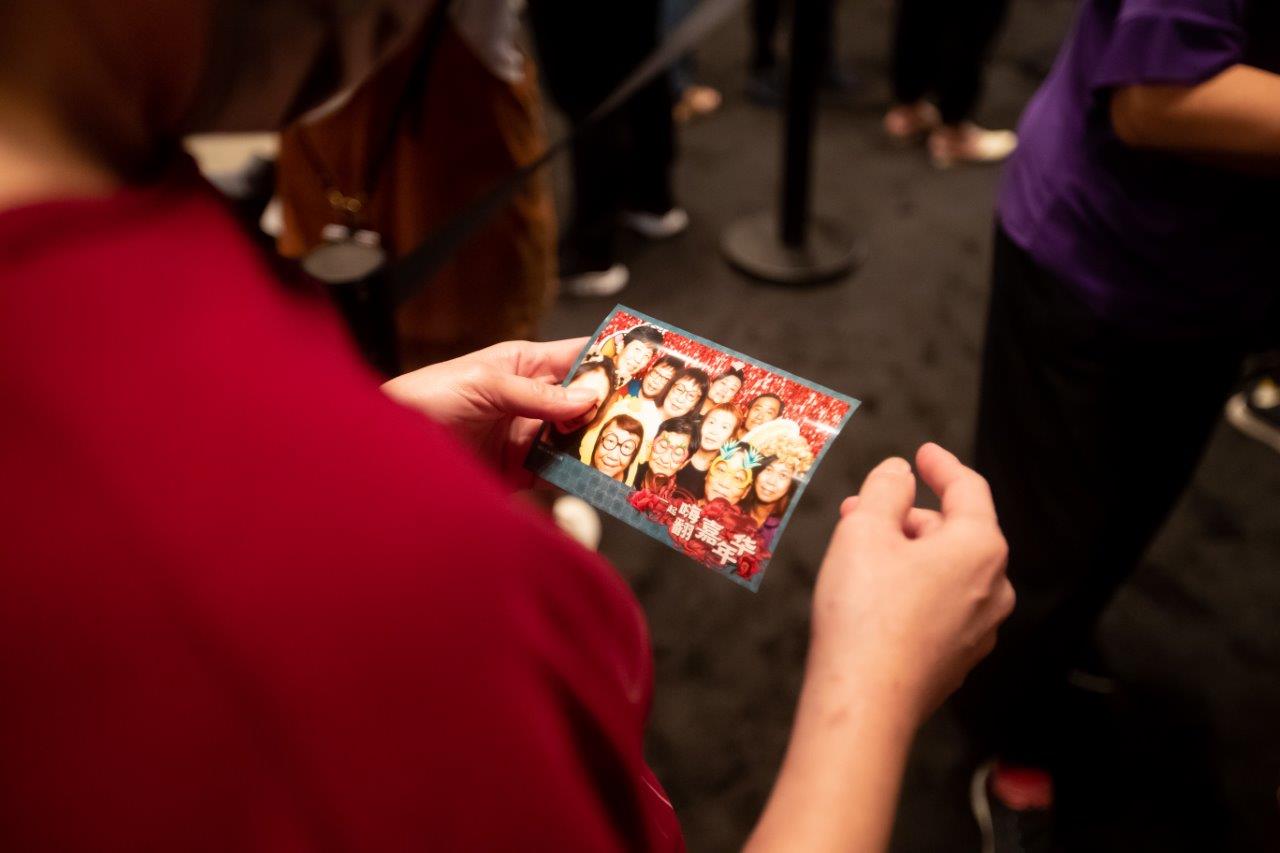 Memories of the day captured at the photo booth

While the participants were busy roaming around the carnival, the stage came alive with performances. Echo Chen, 40, a mother of three, performed a duet with her son while her other two children played musical instruments one after the other.

Echo said that her children were a little nervous at the beginning because they were not used to playing in front of such a big crowd. “But they were happy because they knew they were serving the Lord,” she said in Mandarin.

There were others who showcased their singing talents accompanied by the keyboard, flute and guitar. Kelvin Ong, 40, an engineer, formed part of a trio named “三个老樊” (three old folks). Kelvin and his teammates performed a medley of Chinese songs which they had spent three weeks practising, hoping to bring joy to Chinese Service members. Echo and her son performing a duet

A GREAT TIME FOR BONDING

Wan Chiang Merng, 70, a retiree shared that he was glad that the church organised this carnival as it helped him to build a closer relationship with his daughter-in-law.

“It’s like the Lord had planned this for us to have a chance to play together,” he said. He explained that his daughter-in-law and his three grandchildren were from the main service, but they came with him to the carnival after their service.

“I had never engaged with my daughter-in-law in this way before. It felt great. I’m thankful to the church for this chance to play together,” he added.

Sun Aizhen, a pastor in the Chinese Service commented that the carnival reached its goal of building cell groups relationships. “We see the cell groups supporting their members who are performing on stage, the young and old playing together during the ice breakers, as well as little children forming their own teams to play catch in the hall,” she said. “The carnival is a success!” Find A Need And Meet It: Chinese Service...