How To Support Children With Autism

Children with autism often display behavioural traits that set them apart from their peers. While they would never grow out of their condition, with intervention, children with autism are capable of leading a happy and meaningful life. HarvestKidz staff member Alicia Lim shares how parents or caregivers and teachers can better manager them. 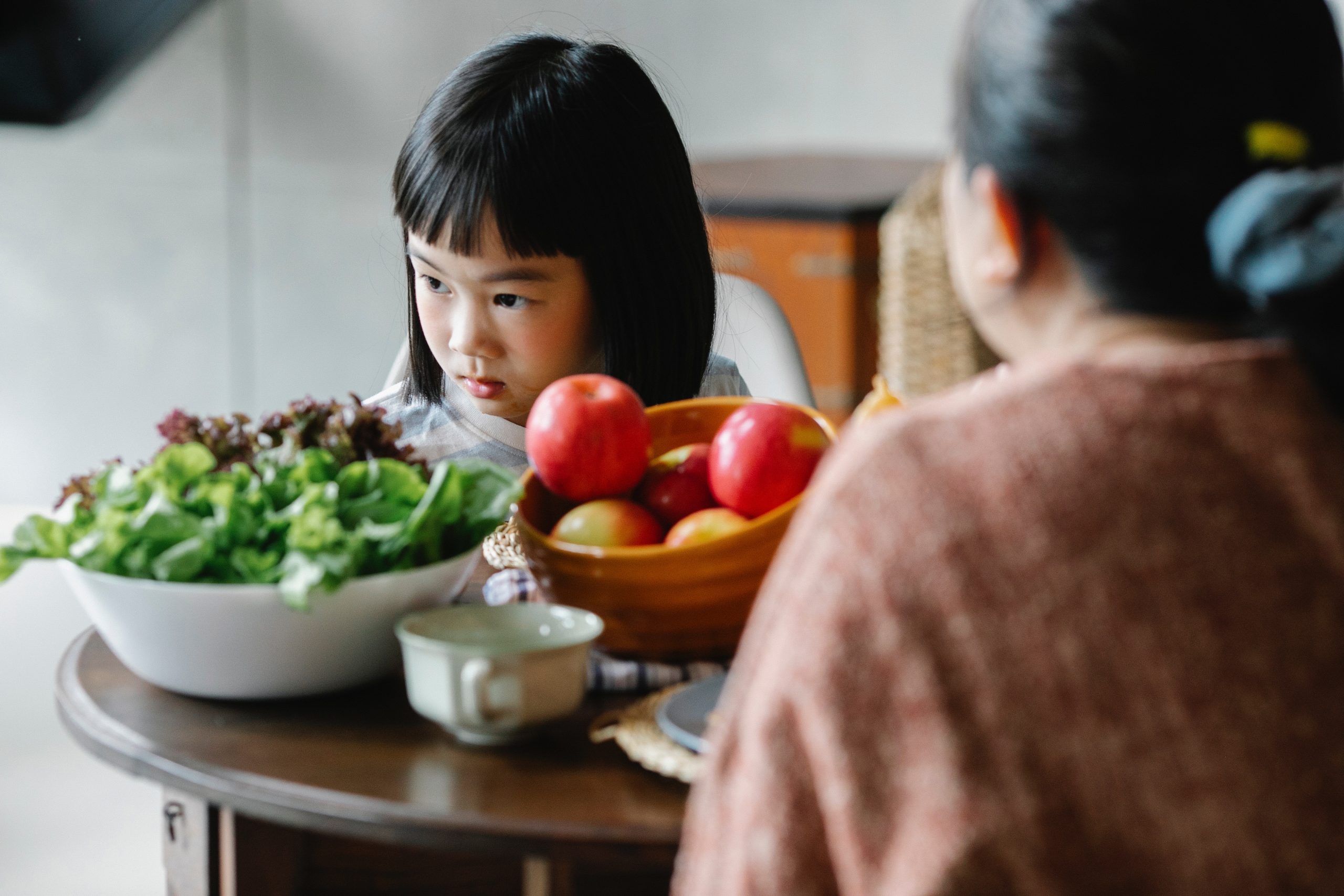 Photo by Alex Green from Pexels

2 April is World Autism Awareness Day, which encourages awareness about what autism is and provide support to those who have Autism Spectrum Disorder (ASD).

While the term “autism” is not unfamiliar to most, few people have a clear idea of what it is and even fewer know how to interact with a person on the spectrum.

At a virtual missions conference organised by City Harvest Church’s The Harvest Network in November last year, Alicia Lim, who is a worker in CHC’s HarvestKidz, conducted a workshop titled “How To Support Children With Autism”. Before joining CHC full-time, Alicia worked as a behavioural therapist at a private psychology clinic for three years. Today, she still holds private sessions to assist children with autism.

During her workshop, Alicia described the behaviour traits of a child on the spectrum and offered a few methods that caregivers could use to help these children.

Alicia first encountered someone with special needs during a Children’s Church visitation. “I was quite young at that time and I did not know the medical term for it. All I knew was the boy behaved rather oddly. He was not looking at me, he had trouble initiating social interaction and he seemed to prefer to be on his own. I was a little helpless because I did not know how to engage him,” she recounted.

Instead of writing the child off as strange, Alicia experienced a God-given compassion for him. God then opened a door for her to work with a group of children at a kindergarten: one of the children had Down Syndrome and a number had ASD.

Unlike a person with Down Syndrome, whose physical features are unique, autism is often an “invisible illness” because the condition may not become obvious until you interact with persons with autism.

Autism Spectrum Disorder (commonly known as ASD) is a developmental disability that can cause significant social, communication and behavioural challenges. It is a lifelong neuro-developmental condition.

Children with autism have some common traits, but it is important to note that as ASD is a spectrum, behavioural traits and their intensity vary from child to child. Alicia shares four common concerns surrounding a child with autism.

1. Difficulty with social communication and interaction

Children with autism often have trouble socialising, which is one reason they may prefer to play alone. Some also struggle with using non-verbal cues, like giving eye contact or showing gestures, which makes communication difficult.

Children with autism often display unusual repetitive hand or body movements; they would spin their bodies or flap their hands, for example. such as hand flapping or they would spinning bodies. They like to engage in repetitive play such as lining up their toys. Many of them are also resistant to change, and so they like to have fixed routines and rituals.

Alicia once encountered an 8-year-old male client who exhibited repetitive behaviours and found comfort in engaging in these behaviours. He liked to arrange his crayons in a line, and he would also flap his hands often. Photo by Cottonbro from Pexels

In the six months that Alicia worked with him, she applied the technique of behaviour replacement to help him reduce his repetitive behaviours. Even though he still needs occasional reminders to have “good hands”, Alicia saw a huge improvement in him.

Children with autism can be either under- or over-sensitivity to sensory aspects in their surroundings. They would react differently from other children when it comes to the way things look, smell, taste, feel or sound.

It could be a loss of language, or not using a single word meaningfully. Some children with autism might not respond to others calling their names. Many children with autism do not give eye contact nor return a person’s smile. A baby who has autism would not point or display gestures, like nodding, clapping or waving by the age of 12 months, unlike his neuro-typical peers.

As a behavioural therapist, Alicia uses a therapy known as Applied Behaviour Analysis (ABA). It focuses on replacing and unlearning specific behaviours. It is a huge subject on its own. (Learn more about the ABA method after the session here.)

One of the methods Alicia commonly uses as part of the ABA therapy is reinforcement. This method can be used not only on children with special needs but also on any child who lacks motivation. Reinforcement acts as a motivation for the child to work toward something. It is a tool to help strengthen certain behaviours. Alicia prefers to use positive reinforcement in ABA—it involves doing something positive to receive a positive consequence.

Some examples of positive reinforcement include clapping and cheering, giving a high five, a hug, a pat on the back, or a thumbs-up when the child does well. It can also be a reward, such as doing an activity together, playtime with a favourite toy, or giving the child his  favourite food. A caregiver or teacher can also offer specific praises and feedback like “good eating” and “good sitting”.

Everyone loves being praised, but specific praises must be given immediately after the good behaviour performed by the child for it to be effective.

Alicia recalled a funny moment in using this method to motivate her clients. “One of the reinforcements I frequently use is clapping and cheering,” she shares. “I am a pretty loud person. There was this 6-year-old non-verbal girl in my session. Once, she managed to finish a task that she has been struggling with for a long time. I was so excited! But I cheered too loudly and clapped too hard that I frightened her and she burst into tears. Subsequently in our next few sessions, whenever she finished her work, she would quickly cover her ears. I ended up having to help her unlearn this behaviour!” Photo by Monstera from Pexels

It is therefore important to understand what the child likes and will be motivated by. If the child is not interested in a toy car, he will simply be disinterested and unmotivated if you try to use that as a reward.

THE RIGHT WAY TO REWARD

We have to be mindful of the difference between rewarding and bribing a child when it comes to reinforcing positive behaviour. The difference may seem subtle yet it can cause the child’s behaviour to regress when executed wrongly. Alicia shared a common scenario.

When a child throws a tantrum because he wants the iPad, the adult says, “Okay, if you stop throwing tantrums, I will give you the iPad.” The child stops immediately and is given the iPad. This is the adult bribing the child.

In another scenario, a child is throwing a tantrum because he wants the iPad. The adult responded, “Talk to me when you are calm again.” After some time, the child manages to calm down before approaching the caregiver again. “I like how you calmed down so quickly. Here is the iPad for you,” the adult then tells the child. This is how an adult rewards the child.

The difference here is that in the second scenario, the child learns to regulate his behaviour and emotions. The child also learns that crying and throwing tantrums don’t get him what he wants. Instead, the adult successfully instils positive behaviour in the child. Photo by Artem Podrez from Pexels

Psalm 139:14 reads, “How you made me is amazing and wonderful. I praise you for that. What you have done is wonderful. I know that very well.”

For those who are unsure of a child’s developmental milestones, Alicia provided a checklist from a local hospital for reference.

“We have to bear in mind that even though it is unlikely that they will ‘grow out of autism’ but they are capable of leading a happy and meaningful life with our intervention,” Alicia said in conclusion.

“I would like to recommend a show on Netflix called Love On The Spectrum. It is a nice and cute matchmaking show for adults with autism and it features their journey to finding love,” she added.

Having worked with children with special needs for so many years, Alicia shares that there have been times when that she was disappointed at not being able to help the child. It is especially hard for her to see them stuck at a certain task for a long time. Sometimes simple skills like drinking a cup of water can take a child with autism months to learn.

“Yet, working with these children brings about a constant renewal of my mind to be grateful for what God has given me and blessed me with,” she shared. “I learned never to take for granted all that I have been given even for the simplest of things.”

Although working with persons with special needs can be difficult, Alicia assures the attendees that there is tremendous joy and satisfaction in seeing how their effort they put in makes such a difference to the children’s lives.

To read in greater detail what autism is, click here. For more information on helping persons with autism, and to find support, visit the Autism Resource Centre.

Harvest Network Churches In India Hold On To...

How God Has Moved In Malaysian Churches During...