The first THN Virtual Missions 2021 conference saw participants from different regions coming together to pray and get equipped for the Kingdom of God.

The Harvest Network held its inaugural Virtual Missions 2021 conference on Nov 30 and Dec 1, drawing 4,586 participants from 54 churches across the world. 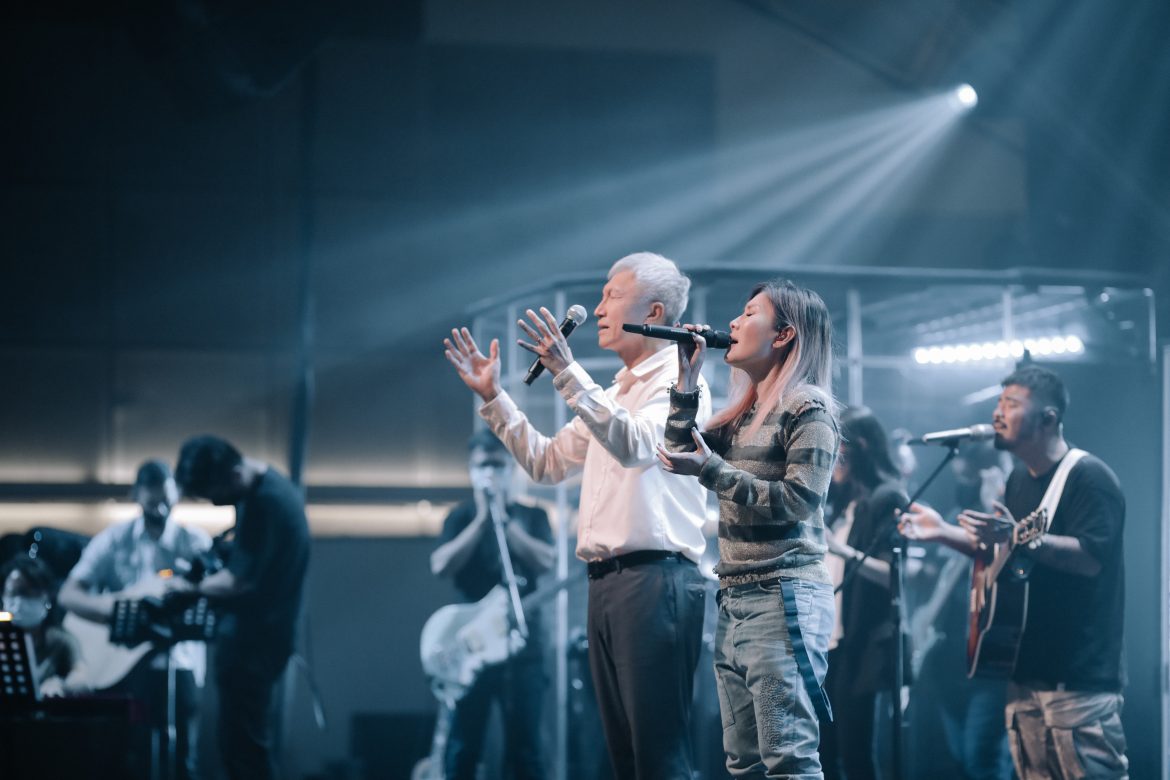 THN is City Harvest Church’s network of 54 churches in 13 countries and regions. Consisting of prayer meetings, Worship Encounter Nights and 111 workshops, the conference aimed to bring the THN community together over two days to build a collective vision, hope and faith in the midst of the pandemic.

Kong Hee, the senior pastor of CHC, kick-started the conference with an online Early Morning Prayer Meeting at 6 am. The prayer meeting started with a time of worship and Pastor Kong invited the participants to submit their prayer requests on the Zoom chat function. Prayer requests began pouring in—for healing, spiritual breakthrough, financial challenges, and more. A video showing the humanitarian efforts of the different THN churches was shown, inspiring the participants with vision and purpose.

In line with CHC’s relaunch of the Church Without Walls movement, 41 churches in THN had reached 21,282 poor and needy people in the span of one month. The video showed members of THN churches packing and delivering groceries to families. Some of the churches blessed children with school bags and vouchers to buy school materials.

Pastor Kong also shared a short devotion, encouraging the participants to seek God and believe Him for healing—physically, emotionally and mentally. At the end of the prayer meeting, Pastor Kong invited pastors from different regions to share the needs of their churches and pray in their native language.

“It was such a blessing for me to have been able to join [the conference] even though I am thousands of miles away from Singapore,” said Vu Thi Thanh Hue, 34, an attendee from Vietnam. “God’s presence could be felt throughout the sessions even through Zoom. Hearing the different pastors come together to pray for different nations in different tongues was really amazing!”

In the evening, CHC’s worship team, CityWorship led the THN churches in a time of seeking God in the Encounter Night. In both nights, the presence of God transcended the Internet and reached the worshipers where they were. CHC pastors encouraged the THN churches with prophecies, urging them to get ready for the next wave of revival that is coming.

“As I was worshipping off stage, I heard the voice of God telling me, ‘On the mark, get set, go’.” Pastor Sun wrote on her Instagram post on the prophecy she gave during the Encounter Night. “There was an explosion within my spirit, a great sense of destiny, though current circumstances paint a different picture. “It felt as if we are all getting ready at the start of the track, getting ready for the race. The starting pistol is about to go off. I know that revival is coming; the Holy Spirit is going to empower us and bring us through this race together.”

Following the Encounter Night were two sessions of workshops. Each night ended with a Late-Night Prayer Meeting led by Pastor Kong and his wife Sun.

“The conference really gave us a chance to come together to pray and intercede,” Hue added.  “With all that is happening in the world right now, this conference was crucial for churches around the world to gather, encourage and pray for one another.”

Hue also found the workshops very helpful. “The workshops spread across many topics and gave us the opportunity to learn from the trainers. Not all churches have experience in conducting outreaches, doing Church Without Walls projects or learning more about their members’ mental health. These workshops gave us a lot of insight and information,” she shared.

The workshops covered topics on different aspects of church ministries, from worship leading, children and youth’s ministry to creative production. It also spanned across topics on excelling in the marketplace, building relationships in marriages and family and developing healthy spiritual life, mental health and personal growth. Each participant could choose to attend up to four workshops over the two days.

Anson Ang, a pastoral supervisor in Harvest Kidz, taught a workshop on discovering one’s spiritual gifts and simple steps to developing them.

“Besides teaching them the theory, I wanted to show them how to do it practically as well,” Anson shared. For that reason, Anson demonstrated to them how he found his own spiritual gifts and developed them in his ministry.

One thing Anson saw in the session was that many of the participants did not realise that their abilities could be their spiritual gift. “One of them shared that they loved to cook; so I told them that cooking was a gift of hospitality. Then you could see the light bulb lit up in them,” he laughed.

Many of the workshops were taught by volunteers. Tan Boon Leng, 44, and Goh Chwee Suan, 41, are both educators and members of CHC’s Chinese Service. Parents to five children, the couple taught a workshop on establishing a routine of family devotion. Both Boon Leng and Chwee Suan reflected that it had been a privilege to be able to serve God in this manner—even when it meant that they had to make special arrangements for their own family. Because they wanted to ensure that they could conduct the workshop without disturbance, Boon Leng and Chwee Suan had to send their younger ones to their grandparents’ place for the evening. By the time they picked them up, it was close to midnight and way past their bedtime.

“The 5-year-old got a little cranky when we picked him up,” Boon Leng shared good-naturedly. Nevertheless, the couple were glad they had the opportunity to share their experience with the overseas members.

They shared one memorable encounter. “At the first session, there were only three participants, but I will never forget the Filipino brother,” Chwee Suan shared. “I was so touched by what he shared. The brother shared that he and his wife do not get to meet daily because she works the night shift while he works in the day. They have four children aged 6, 7, 13 and 19. He was asking us how he could have family devotion when they don’t even have a chance to gather in one place.”

Before the trainers could answer his question, the Lord impressed upon him the answer. “He told us that he would start a family WhatsApp chat group where he would send prayers and Bible verses to his children every day. I thought it was amazing—God just spoke to his heart. He already has the best answers for his family!” Chwee Suan recalled excitedly.

Boon Leng also suggested that instead of putting the prayer in text, the father could send a voice message of him praying for them. “Even though they cannot gather as a family physically, I think God will work in amazing ways to bless them,” Chwee Suan added.

“After the whole session, we realised that we are very privileged in Singapore because we have so many resources and a lot more freedom to do many things,” Boon Leng shared. The couple received feedback from the participants that it was hard to find devotional materials in some of their countries.  “It pained our hearts to hear that. We are very thankful for what we have in Singapore and hearing this puts this urgency in our hearts to want to do something for them,” the couple shared.

THE MINISTERY THAT MADE THE CONFERENCE INTERNATIONAL

“We had a total of 85 interpreters translating and interpreting in six main sessions and 66 workshops, into seven languages,” Chiong Xiao Ting, the head of CHC’s interpretation ministry told City News. “Everyone worked very hard.” Preparations for the conference started almost a month back when the interpreters, many of which were volunteers, started translating the scripts and slides for the workshops.

Viryana, 33, was a volunteer assigned to interpret for Pastor Audrey Ng’s session on “How To Identify And Cope With Depression”. “I received the script about a week before the conference. I translated the whole script and practised a few times just to be prepared—in case Pastor Audrey needed to skip to certain parts of her script due to time constraint,” she said.

It was the first time Viryana was serving in the ministry. Since she was not working in the mental health sector, she found many terms unfamiliar. “We had a group chat and whenever we had questions, we would discuss it in the chat. That also caused us to become closer as a ministry,” she recalled.

Translating the script was only the first step. The interpreters also had to learn the technical aspect of interpreting on Zoom. Subsequently, each interpreter also had to do a dry run with the workshop trainer. While there were a lot of preparation work, “everyone attended the briefings diligently because we were excited to serve,” Viryana shared.

Besides interpreting for the workshops, Viryana also had to translate the prayers that were sent in through the chat function during the Early Morning and Late-Night Prayer Meetings, as well as the Encounter Night. “Some of the participants asked for prayers in Bahasa Indonesia using medical terms that I wasn’t familiar with. I quickly found out the definition and translated it accurately in real-time, so that Pastor Kong and the intercessors could understand and pray accordingly.”

Through this experience, Viryana learned to rely on the Holy Spirit. “No matter how much I prepare, I still have to rely on the Holy Spirit because, at the end of the day, we don’t know what kind of questions the participants will ask during the Q&A segment,” she said. Viryana added that she was thankful to God that she managed to explain things well even when she struggled to find the right words at times.