Emerge Cell Group Meeting: God Can Use You For Revival 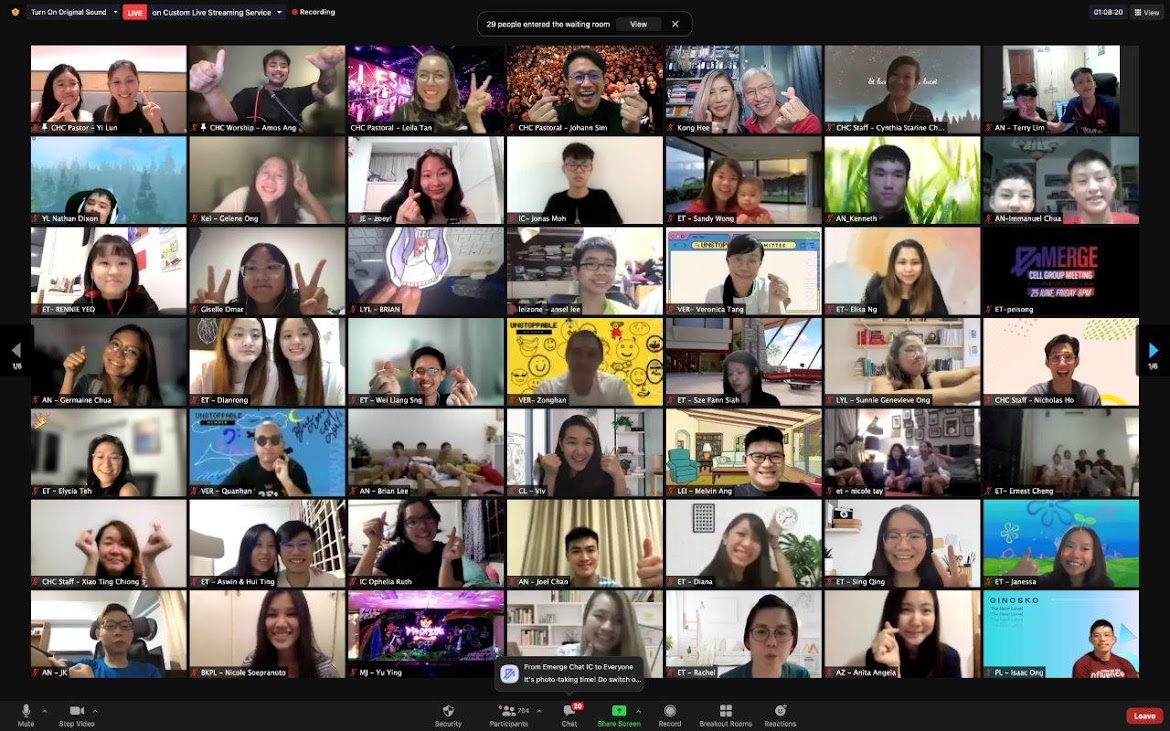 June 25 marked an exciting day for the young people of City Harvest Church as they gathered for the inaugural online cell group meeting with their senior pastor Kong Hee and his wife Sun who built upon the 2021 theme of revival.

With the implementation of Phase 3 (Heightened Alert) measures, the meeting was held via Zoom, but it did little to dampen the anticipation: over 960 Emerge youths flocked into the virtual meeting room, excited to hear from their pastors.

Pastor Kong started his message by reminding the youth about about the six waves of City Harvest revival he and Sun have experienced in the course of their ministry. Showing videos of The Crossover Project, the building of CHC’s Jurong West church and the Emerge Conference, Pastor Kong painted a visual picture of what revival looked like in the past three decades.

The first wave of revival washed up the shores as early as 1986 when Pastor Kong oversaw his cell group of three grew to 500 members in the span of two years. It was during this period that revival took place in many schools. The second wave hit in 1989 when CHC was launched officially as a church, beginning with 20 members. The congregation grew to 800 and CHC’s Bible school began.

The third wave of revival happened when CHC rolled out its “Church Without Walls” initiative in 1996 as well as City Harvest Community Services Association (CHCSA) in 1997. The fourth wave came in the form of the Crossover Project in 2002—CHC saw the number of its members grow astronomically, from 10,000 to 32,000. Each week, there would be 400 salvations.

The fifth wave happened in 2003 when the church launched the Emerge conference for the youths. The movement aimed to give members between the age of 13 to 25 a platform to develop their gifts to serve God. Emerge also marked the introduction of campus ministry. Prayer groups were formed in every school, including junior colleges, polytechnics, ITEs, and universities.

The sixth wave happened in the 2000s when, through the Crossover and Emerge, the church expanded its reach to other nations like Taiwan and Indonesia. A total of 500,000 people were touched by the gospel and among those, 136.000 came to know Christ. Remarkably, the Christian population in Taiwan rose from three per cent to 11 per cent, and a Bible school was set up in Taiwan to train the youths.

WHAT MAKES A REVIVAL?

Pastor Kong went on to teach about what was needed to spark off a revival. He emphasised that revival is not automatic, using the 50-year gap between the Azusa Street Revival (1915) and the Charismatic Renewal (1960) as an example. Even though the Azusa Street Revival was one of the longest revivals known in history, lasting three years, there was no major move from God until 1960. Pastor Kong concluded that a revival comes about by the grace of God alone. However, God looks into the hearts of His people, which is why Christians must align their hearts with His to pave the way for supernatural miracles. 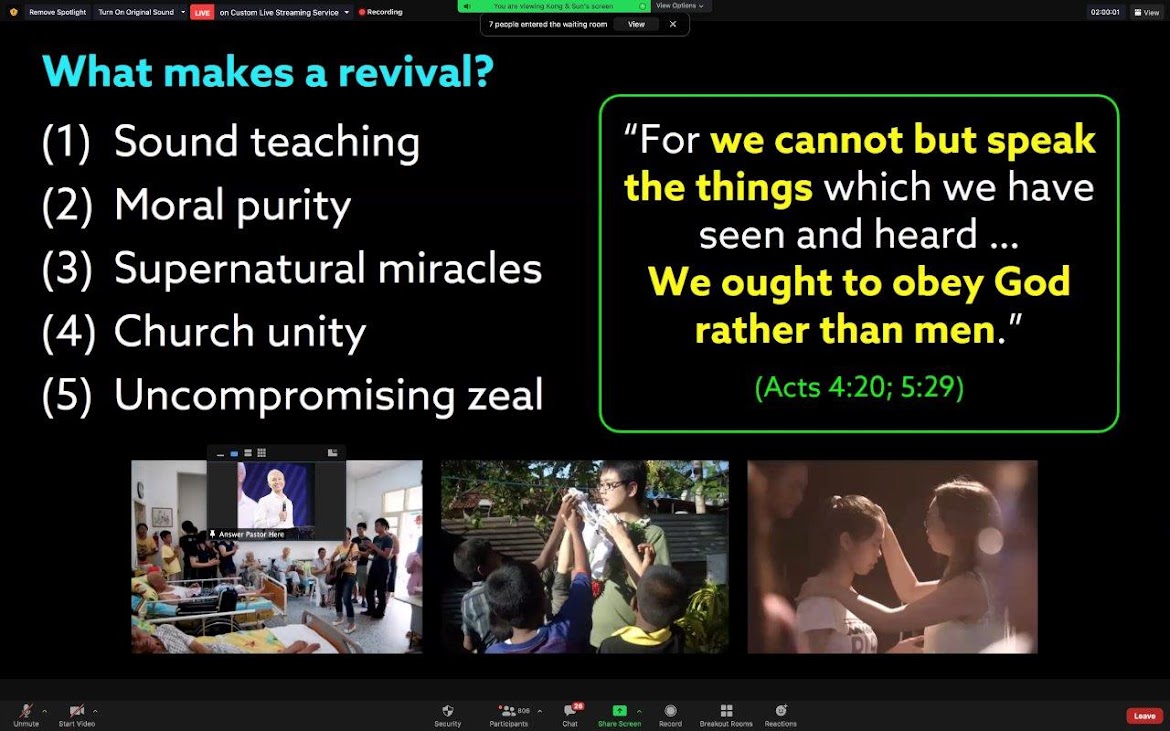 Reiterating and expanding on his earlier Emerge sermon, Pastor Kong listed the elements needed for revival. The first was sound teaching. This closely links to Acts 2:42 in the Bible as the church followed the apostle’s doctrine closely. Their resilience was evident in how they “continued steadfastly”, which conveys how they did not just touch on Jesus’ teachings once, but they made sure to continue to meditate on His word diligently.

Following that were moral purity and supernatural miracles. Pastor Kong quoted Acts 2:43 which reads, “Then fear of God came upon every soul… and many wonders and signs were done through the apostles.” This shows how almighty God is and the pivotal role He plays in a revival. With Him, nothing would be impossible and all one must do is to believe.

A revival would not happen without church unity, uncompromising zeal and constant gathering of believers. Even though everyone is living in a pandemic situation right now, the church must remain close knit and bonded as one to brave through this storm.

Prayer and worship, the tangible presence of God and sacrificial generosity are also important elements in a revival. Pastor Kong recalled how CHC was enveloped in God’s powerful presence in earlier decades, which drove the constant revival.

The last crucial element was effective evangelism. Pastor Sun explained that revival can never be manufactured by Christians but comes purely by the grace of God.

“God has done it in the past; He will do it again and again,” she declared to the Emerge youths. She added that God is not asking Christians whether another revival is possible—He is asking if anyone would say yes. Speaking to those who may feel that they are not talented enough for God, she assured them that the power of God will work on their behalf.

Pastor Sun told the youths that they watched the videos earlier not to bask in their former glory, but to witness how God can use ordinary people to do extraordinary things. It’s common for believers to feel that they are not good enough but through the lens of God, everybody is picture-perfect. As long as they are willing, God will lead and guide them down the right path.

The pastors wrapped up the session by praying for all the Emerge youths, believing as a church that the seventh wave of revival in CHC will come about soon.