In his sermon last weekend, Pastor Aries Zulkarnain warned against being conditioned by the crowd and losing the  values and purpose God has for us.

On the first weekend of July (3 -4), City Harvest Church’s executive pastor, Aries Zulkarnain reminded the congregation to be wary of being “crowd-conditioned” instead of being “Christ-conditioned”, that is, aware of God’s presence and work in one’s life.

Pastor Aries began by saying that God is doing a new thing in this season of the pandemic. While one may not know what this new thing will be, as long as he continues to trust in God, He will reveal it eventually. “He will bring us into that new season, and His plan for us will unfold before our very eyes,” the pastor encouraged the congregation. 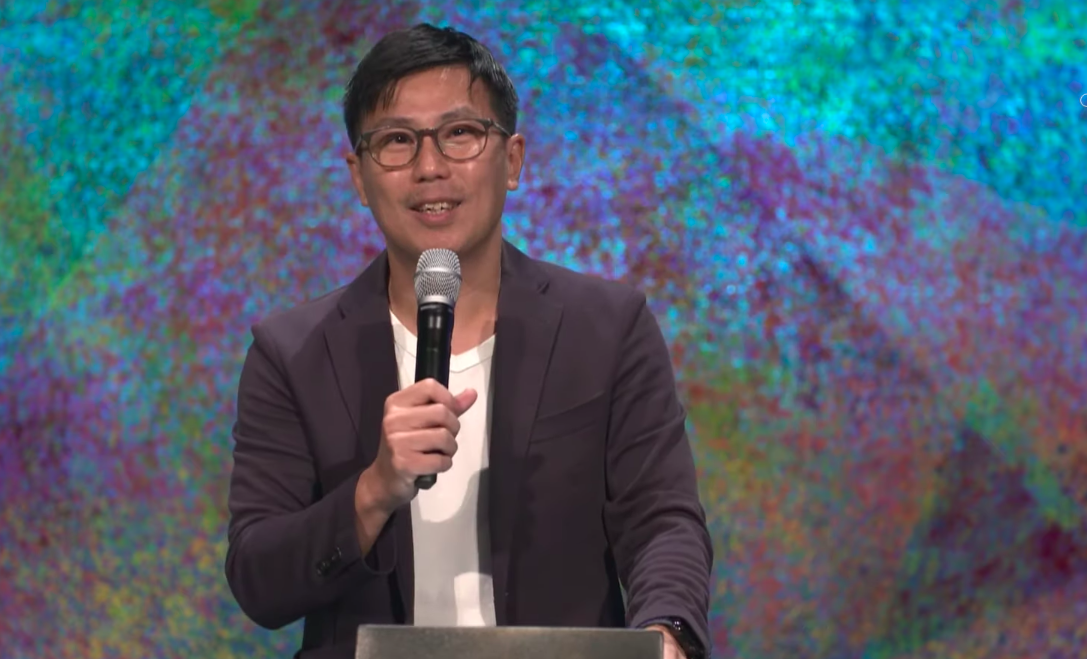 The long wait for COVID to be over has caused some to be frustrated with life, but “even though we can’t do anything to shorten this delay, the hope of what God will do can help us to not be frustrated in the midst of this delay,” Pastor Aries said.

He continued that it is important to stop being too eager to look for ways or solutions to get out of the situation. “Rather, God wants you to submit to Him,” he said. Reading 1 Corinthians 2:9-10 (NIV), he reminded the church that God has prepared great things for those who put their trust in Him.

“God is preparing us for a greater outpouring of His Holy Spirit, to go from glory to glory,” he continued. “We must do the hard work of preparing ourselves for the new season that is coming our way. We need to submit our mind, hearts and spirit to God again.”

The way to do that is through repentance. When John the Baptist declared the coming of the Messiah, which marks the transition from the Old Testament to the New Testament, he prepared the people by telling them to repent (Matt 3:1-2 NIV).

“Repentance is necessary for us to experience the new,” the pastor explained. Contrary to popular belief, repentance is not just for sinners—it applies to Christians even if they had repented and given their hearts to Jesus many years ago.

“Repentance is not a one-time event, but a daily thing we must do,” Pastor Aries elaborated. The word “repentance” is the Greek word metanoeo, which means a change of one’s mind and a change in action; to turn back to God. Pastor Aries explained that if one remains in one’s old habits, he cannot experience the blessing of the new. When God reveals to him the areas of his lives he needs to change, he must make a decision to submit his mind and will to God, to change and be more like Jesus.

BREAKING AWAY FROM BEING CROWD-CONDITIONED

“The purpose of silence and solitude is so that we can avoid being ‘crowd-conditioned’,” Pastor Aries stated, sharing from his own experience that while preaching for the online service last month, he missed the reaction of the crowd from pre-COVID days. Just as he told God that, he heard the Lord say to him, “Even when the crowd is not here, I am here listening to you and in fact, I am enjoying myself listening to you without a crowd.”

The next thing God said to Pastor Aries took him by surprise. “What about you? Do you like worshipping Me without the crowd? Or do you need the crowd to supplement your worship for Me?”

Being surrounded by crowds is inevitable, but the pastor warned against being so used to being part of a crowd that one forgets what God’s values are for him personally, or what it means to have a personal walk with God.

He illustrated his point with incidents that happened during the recent Euro 2020. It may be an awesome experience to be part of a crowd, cheering for the team that one supports. “However, the danger is this is when you start parroting the profanity of the crowd,” he said, referring to the abject online abuse against the players of the losing teams.

When the crowd starts hurling abuses at the players, Pastor Aries noted, it is easy to hide in the midst of them and follow suit. “You start to think to yourself that it’s okay to lose yourself once in a while to enjoy the moment,” the pastor described. “Guess what? Unconsciously, you have been crowd-conditioned.”

While Christians do not hurl profanities in church, they often live a double life. “We may not hurl abuse, but we abuse the grace and love of God towards us and we use people to get what we want,” he said. They might be silently hating each other, “cancelling” others who have a different opinion from them or gossiping about others to destroy their reputation.

“All these are done with the sentiment, ‘everyone is doing it’. We have unknowingly become crowd-conditioned,” said Pastor Aries.

That is why Jesus reminds His people to stay away from the crowd and regularly go into silence and solitude.

Being “crowd-conditioned” causes people to put up subliminal defences that prevent them from being aware that they need a change in their lives. Even when the Holy Spirit shows them the areas they need to change, they quickly suppress it with the excuse that everyone is doing the same thing.

“Some darkness in our lives is so dark that it requires the light of Jesus to shine through, for you to see it,” he said. “The truth of God’s words is always powerful to show you the light. And the truth often hurts. When God shows you areas that require change, it hurts as it requires one to take action and repent from your old ways.”

PURPOSE OF SILENCE AND SOLITUDE

“Only when the hustle and bustle stop, when we are in silence and solitude with God, will we be able to realise what we need to repent from,” the pastor continued. “No matter how good or spiritual you feel, when we are in the presence of the Lord, His glory will expose our unknown shortcomings and hidden motivations.” However, if a person is always with the crowd, he can easily hide behind the crowd without having to confront areas of their life they need to repent. “Church, instead of being crowd-conditioned, God wants you to become Christ-conditioned,” Pastor Aries emphasised. Only when a person decides to come away with Jesus, can He call him by name and transform him into a child of God.

“God is not so interested or impressed by the crowd—what He is most interested in is you. Your life is precious in His eyes,” he said. Yet human beings are often willing to sacrifice their individuality, identity, and even God’s purpose for them, in exchange for the crowd’s approval.

Jesus, on the other hand, knew not to place His trust and identity in the crowd. His trust was always in His Father because He knew that God would never leave nor forsake Him, which the crowd eventually did (Lk 23:46, NIV). This is exactly what God wants to do for His followers: to set them free from the relentless pursuit of the crowd’s approval and instead, to become who they are meant to be in God.

“Pressure to be with the crowd, to follow and be accepted by them will slowly kill and enslave you,” the pastor warned in closing. “But purposefully staying away from the crowd will free you.”

Pastor Aries ended by urging the church to learn to draw strength from God, instead of the crowd. He reminded them that God is constantly drawing His people to Him to give them a more abundant life.