Living Your Whole Life By The Holy Spirit: Bobby Chaw

Life must be lived in the power of the Holy Spirit, from birth to death, just like Jesus did. Pastor Bobby Chaw delved into the life of Jesus in the book of Luke to explain why and how.

“The Kingdom of God is the rule of God. The more Jesus rules in our life, the more His righteousness reigns in our lives, and the more victorious we become,” declared Bobby Chow, the executive pastor of City Harvest Church, as he began his sermon last weekend (Apr 24 and 25). 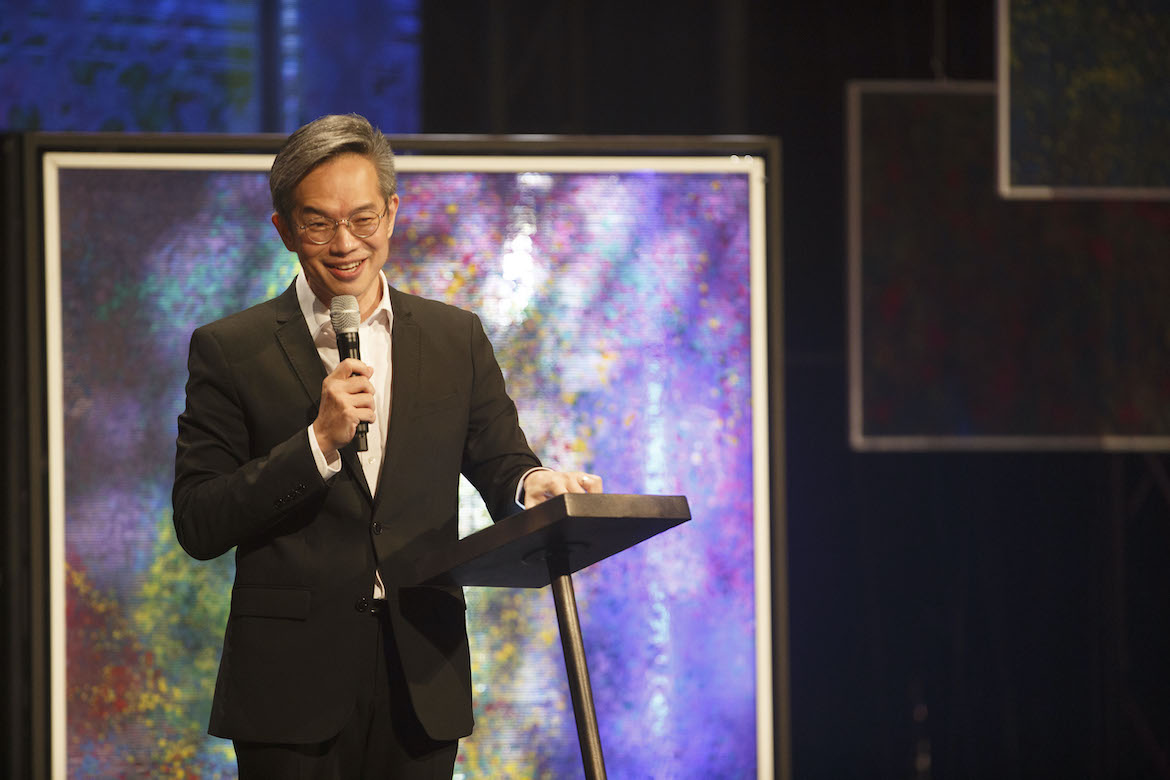 Luke 1:35 reveals that Jesus was conceived by the power of the Holy Spirit. This was followed by the growth of Jesus, mentioned in Luke 2:40, that the grace of God was upon Him. Pastor Bobby explained that “grace” in Greek is charis, which means divine influence. “That means throughout His childhood, His growing up years, Jesus had the divine influence the power of God on his life,” the pastor continued.

Furthermore, the Holy Spirit came and dwell inside of Jesus at His baptism in Luke 3:21-22. Even when He was facing trials and temptations (Lk 4:1), Jesus was not living independently by Himself—He was always walking in the power of the Spirit. When it came to doing ministry, Jesus declared that all that He did was by the power of the Spirit (Lk 4:18).

THE POWER OF THE HOLY SPIRIT IS FOR LIVING

“What is Jesus trying to show us?” Pastor Bobby asked. “The power of the Spirit is not merely for work or ministry, but it is for living. As He is, so are we.”

Secondly, Jesus grew up in the power of the spirit, so should His believers. Pastor Bobby noted that one can only grow into Christ-likeness by living in the power of the Spirit. In 2 Corinthians 3:18, Paul wrote that it is the Spirit that guides a believer in his transformation into the image of Jesus Christ.

Thirdly, Jesus overcame temptation by the power of the Spirit, so can His believers. Galatians 5:24-25 shows that the way to crucify one’s flesh of its passions and desire is by walking in the Spirit. 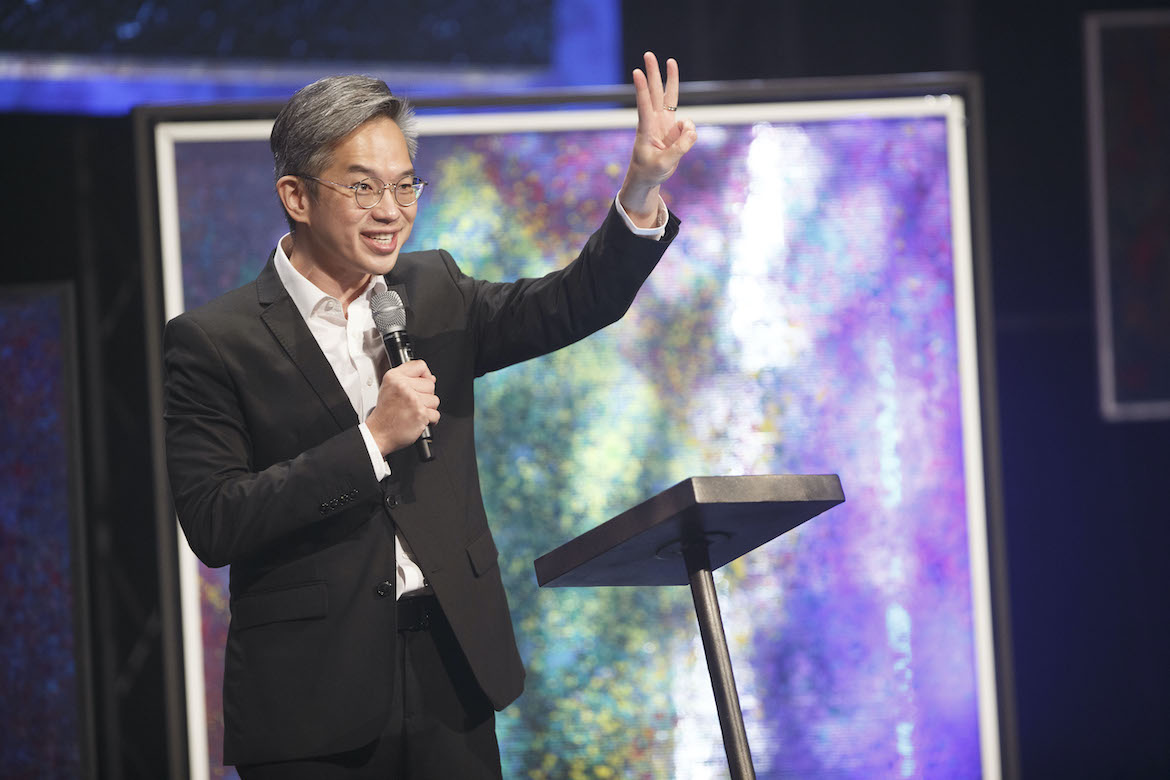 Taking note of the different ways that Jesus lived His life, the pastor concluded, “The anointing and power of the Spirit are absolute necessities.”

2 Corinthians 2:15 reads “For we are to God the pleasing aroma of Christ among those who are being saved and those who are perishing.” Pastor Bobby explained that water was a precious commodity to the people living in the Middle East in Biblical times and it was used for drinking, not bathing. Hence, the people would often use fragrant oil to anoint themselves to mask their natural smell.

“What do people smell, when you step into the room?” the pastor questioned. “Do they smell bitterness, anger, or even lust or resentment?” Christians need the anointing of God and the Holy Spirit’s power to cover their natural smell to exude the fragrance of Christ in their lives.

“This evening, I want you to have a paradigm shift,” the pastor announced. “The truth is, you need the anointing and the power of the Spirit every day of your life.”

The pastor urged the congregation not to be cavalier or indifferent to the power of the Spirit, like the people of Galilee. Jesus was preaching in his own synagogue, and the people there had known Him since birth. Even when they could sense the anointing on Jesus, their response towards him was one of disrespect. They had become over-familiar with Jesus and their familiarity had bred contempt.

“If we are not careful, that same attitude can grow and fester within us,” warned Pastor Bobby. Speaking to those who had been Christians for many years, the pastor postulated that they may feel they no longer need an encounter with God because they had experienced it all when they were younger.

“Yes, you may have many experiences, but what about now?” asked Pastor Bobby. “Are you still walking in the Spirit? Are you still growing, desiring, and hungry for more of His Kingdom today?”

STAYING HUNGRY FOR THE KINGDOM OF GOD

To address the attitude of the people in the His synagogue, Jesus reminded them of two instances in the Bible (Lk 4:25-27) that taught one to search earnestly and crave for the Kingdom of God. 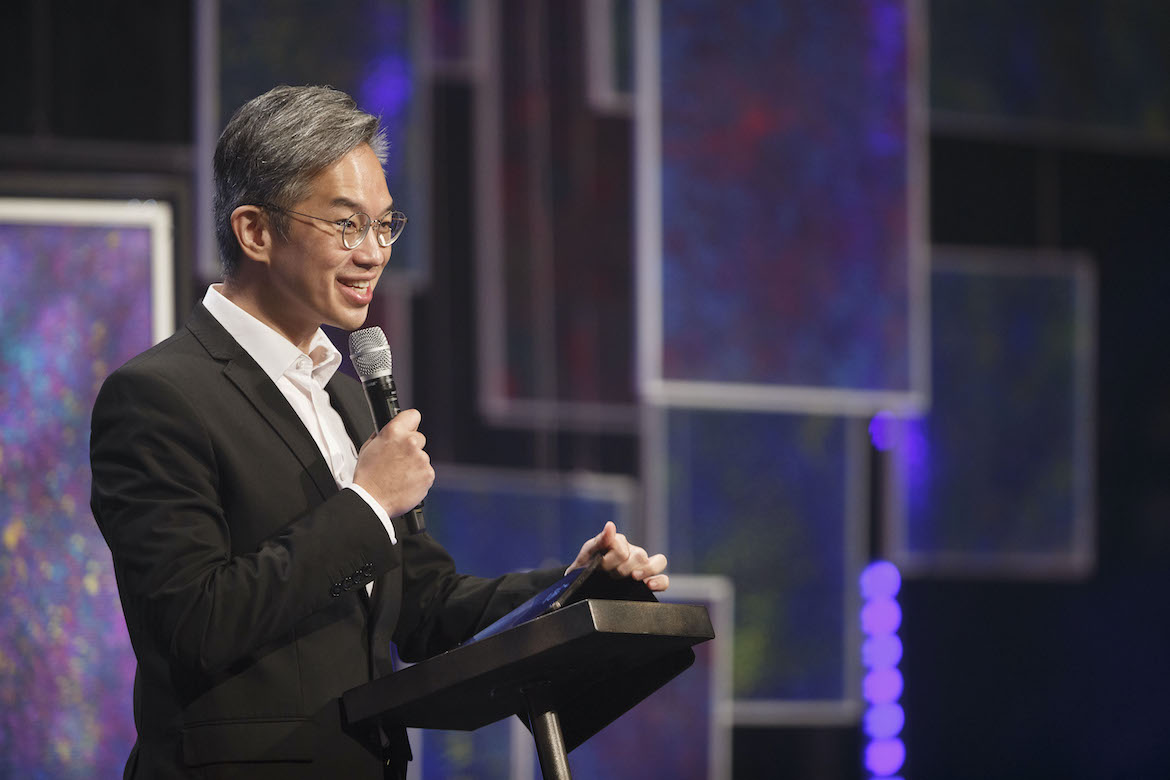 The first was the widow of Zarephath in 1 Kings 17:13. She was about to have her last meal with her son, when Elijah the prophet arrived and asked the widow for food. Pastor Bobby noted that his request was ridiculous, but miraculously, the widow simply followed Elijah’s instructions.

“Because as long as you think that by your own cleverness, you can get out of your mess, you will never experience the fullness of the kingdom rule,” the pastor preached. He urged the church to come to the understanding that they cannot change anything if they depend on their own strength—they need to be hungry and thirsty for the Kingdom of God to experience His power and anointing.

The next story that Jesus referred to was of Naaman, a great Syrian general who had leprosy. Naaman heard that Elisha could cure leprosy and sent him many gifts to impress him. But his leprosy was only healed when he was willing to humble himself (2 Ki 5:14).

To illustrate his point, the pastor told the story of John Sung, widely known as the Apostle of China. Sung was a brilliant student and received his doctorate in Chemistry in America. But he had received the call to become a full-time minister for God, so on the boat back to China, he threw away all his academic awards and his doctorate as a sign that he would focus entirely on God’s call alone.

“Because he wanted the Lord to know that apart from Him, he could do nothing.” Sung went on to become the greatest preacher in his time, moving in the power and anointing of God.

Summarising the two stories in Luke, the pastor highlighted in seeking the Kingdom of God, all a believer needs is a desire and God will fill you with the power of the Spirit. Secondly, s a believer must stay humble before God.

Alluding to the story of Mary Magdalene, who anointed the feet of Jesus with costly fragrant oil (Jn 12:2), the pastor illustrated how one needs to be willing to pay the price to receive the anointing of God.

The pastor ended the service with a call for the church members to renew their desire for the anointing of the Holy Spirit so that they too can live with the power of the Spirit, carrying the fragrance of Christ wherever they go.