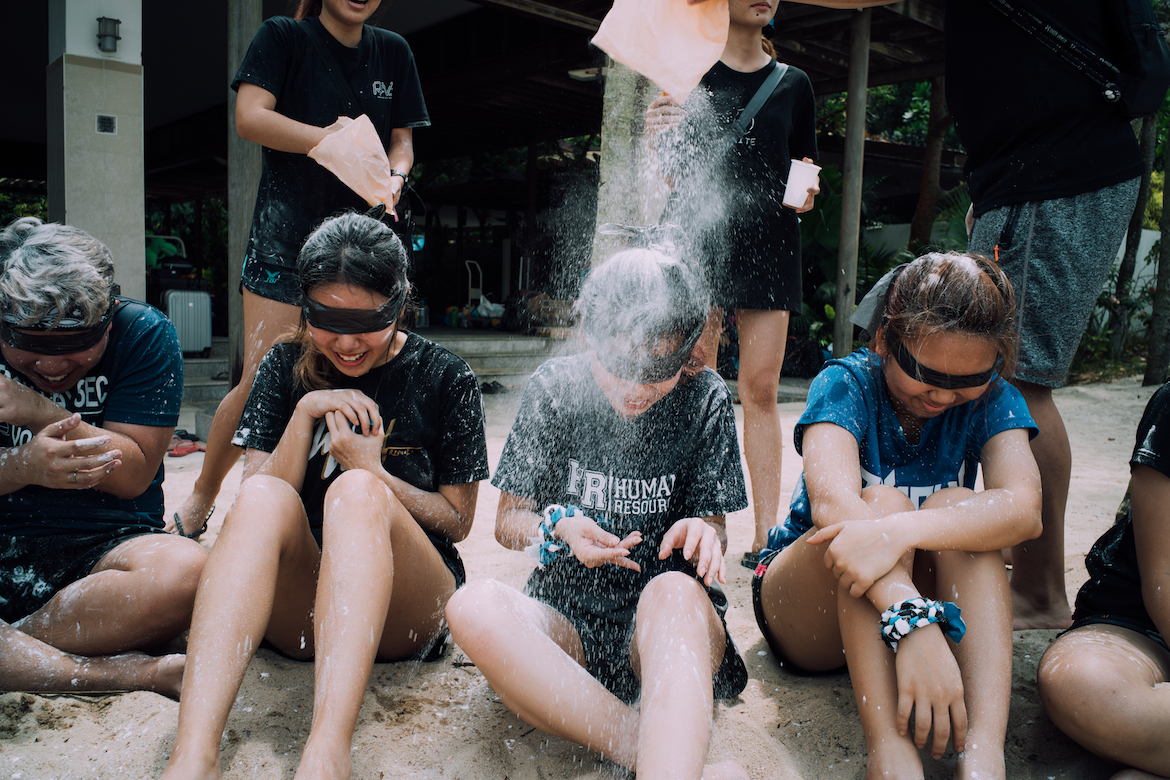 You have a blindfold on and you’ve lost all memory. The only thing you remember is who you are and which house you serve. The only way to survive is to work together with other “blind” people each step of the way.

Sounds like the plot of a new thriller? This was, in fact, one of the games played at the recent Rave Camp. Held from Mar 12 to 14, the camp gave the polytechnic students in City Harvest Church a taste of living in God’s freedom.

Organized by CHC’s youth movement Emerge, this year’s Rave Camp was anchored on 2 Corinthians 3:16-18, “Where the spirit of the Lord is, there is freedom.” The camp demonstrated to the youths what it meant to be truly free in God’s presence.

DAY 1: RESILIENCE
The camp kicked off on the sandy shores of Siloso Beach, Sentosa where the two camp houses, Valor and Delphic came together to build unity through games and house cheers.

All around the beach, a series of station games were set up. At the first station, the campers were given a mission to help one another—blindfolded. This ignited a strong sense of teamwork in the campers as they were determined to make their houses proud. Each station required team members to work together. For example, the skipping rope station required three people to jump a single rope together. Timing and teamwork were vital: the participants had to jump at the same beat. Those managing the rope didn’t have an easy job either. They had to be consistent so the jumpers could pace themselves. One wrong swing or jump and the team would have to restart.

After a great day of team-building, the youths gathered to listen to Pastor Wu Yuzhuang share a message on Samson and the 300 foxes.

After realizing that a Philistine was sleeping with his wife, Samson torched the tails of 150 pair of foxes and they ran across the field towards the Philistines. Pastor Zhuang said that the youths shared similar characteristics with these foxes.

One, foxes are quick and agile—young people are quick to obey God. Two, foxes have a sharp vision—youths can see God even in the darkest time. Three, foxes make for great pest control—the youth have the strength required to overcome Satan. 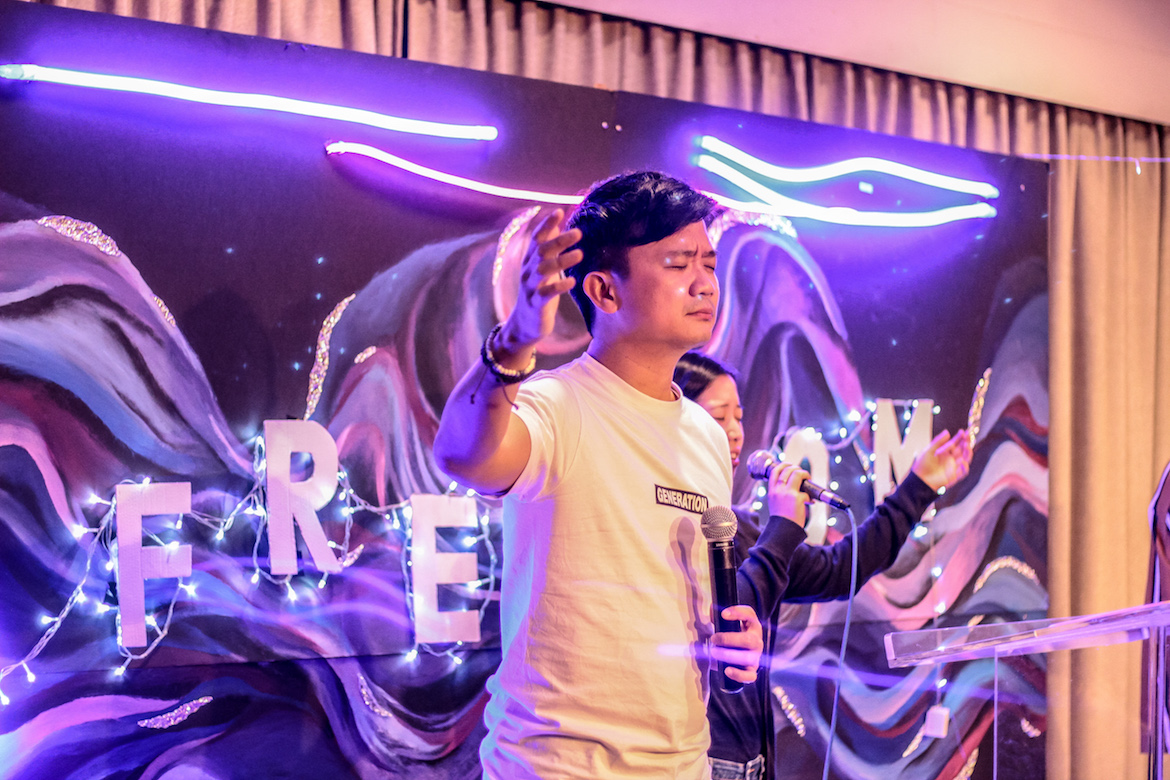 Pastor Zhuang also talked about the strength Samson had in his hair. “The more Samson prayed, the longer his hair grew and thus, the more strength he had. However, he fell into temptation one day and lost his hair. This means that when you stop praying, you lose your vision of what God has for you. But when Samson cried out to God and asked him for help, God restored him, and he killed more [evil] people than he ever did in his life. Likewise, God will always be able to restore your prayer life.”

Joey Chok, 19, a student from Ngee Ann Polytechnic reflected, “God loves us more than we can ever imagine. However, He can only move mightily if we have an intimate encounter with Him, and that is [only possible] through consecration and prayer.”

DAY 2: PASSION
The youths began the day with Catherine Lee, a pastoral supervisor, sharing the story of Punchinello with the youths. Punchinello is a character from Max Lucado’s You Are Special. It is a simple story, but it speaks so aptly of how God loves His creation, and why the thing in life that truly matters is the opinion of God, the Creator. Her message reminded the youths of their worth and their identity in Christ. 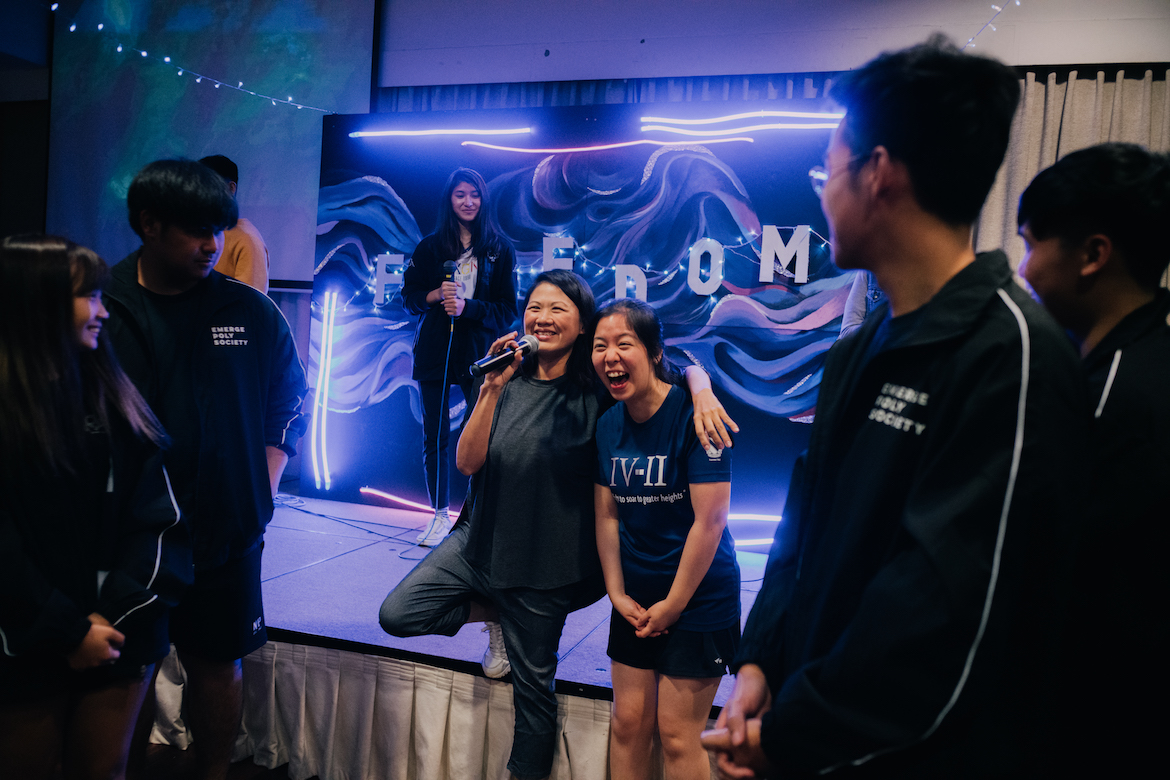 Alexandria Jenna Goh, 17, a Singapore Polytechnic student confessed, “I guess I could say that I was really lost before the camp, but I’m so glad I’ve come back to the Lord. And now I know He has a plan for me.”

That afternoon, the youths headed off to Jurong Central Park for games, which allowed them to demonstrate their spirit of excellence by working with each other to win. It was also through this that everyone started to warm up to each other.

In the evening, pastoral supervisor Lim Meng Chin preached a word on carrying God’s presence. He said that when a person has a relationship with God, people will feel that he is different.

He related the story of how Jesus appointed his disciples. One, Matthew, was a tax collector who used to swindle money from others. While it shocked the others, it was through this act that Jesus demonstrated forgiveness. Thus, when one carries God’s presence, they too will act out in love. 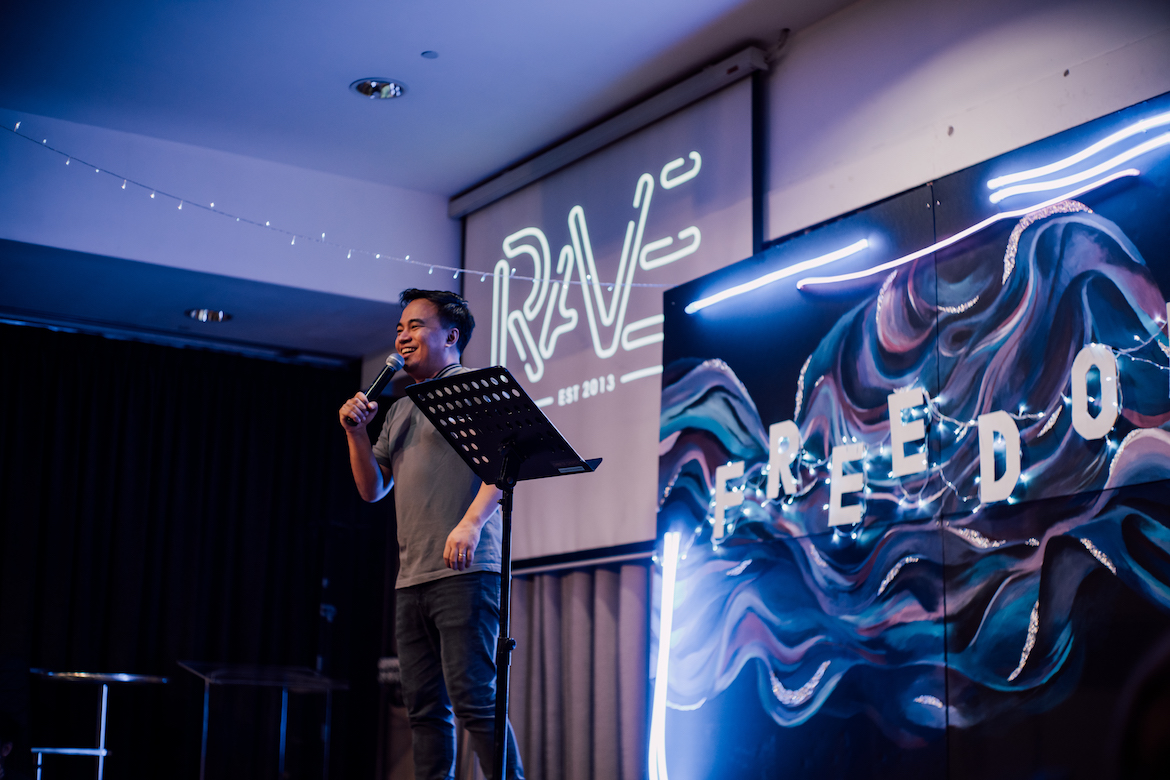 DAY 3: COMPASSION
The third day began with morning devotion and the last session of station games.

On the final night, Pastor Choong Tsih-Ming gathered all the campers and shared stories and testimonies of strong men and women of God. He quoted Revelations 19:10, “For the testimony of Jesus is the spirit of prophecy.”

He told the story of how Smith Wigglesworth raised his wife from the dead—it illustrated the power of the authority of a believer. He also talked about Bob Jones, the “Prophet of Love”. In 1975, Jones nearly died during an operation, and had an out-of-body experience in which he went to heaven and met Jesus.  Jesus asked the man, “What have you done to love?” Jones was unable to answer, and was sent back to earth. He spent the next 40 years practising love, before finally passing away from old age on Valentine’s Day, 2014. 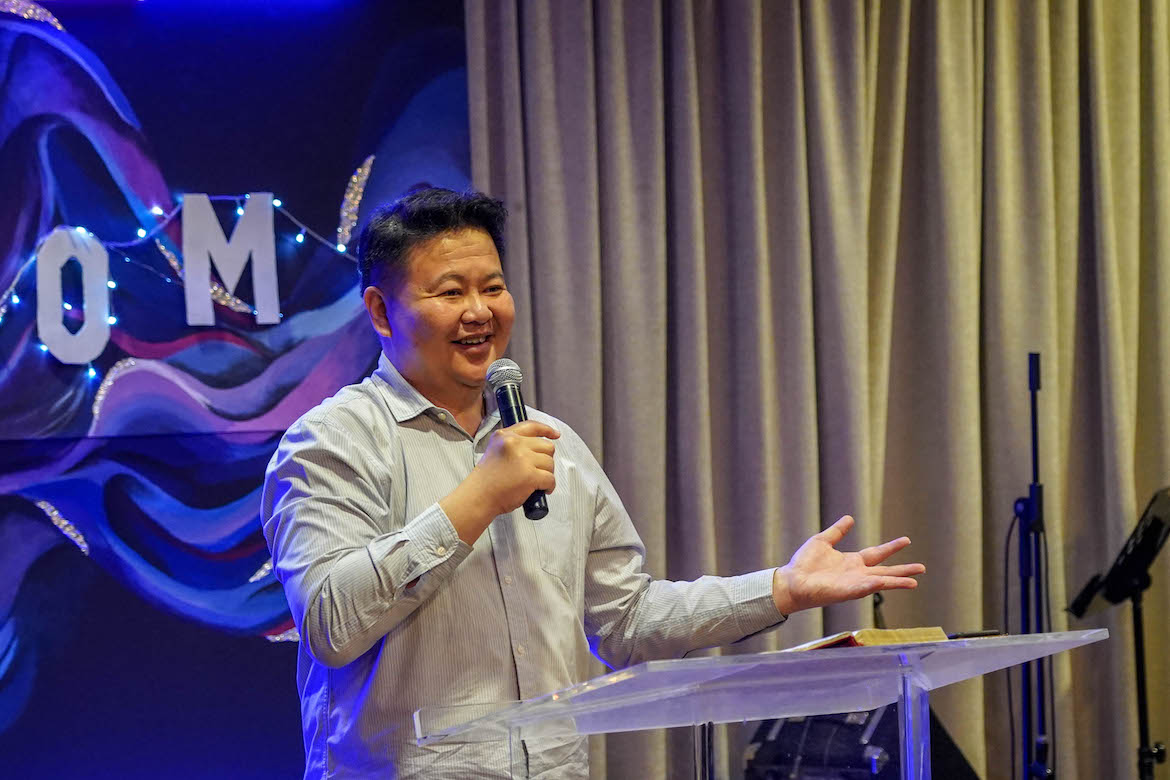 Mass healing happened across the room when Pastor Ming taught the youth to pray for each other. One boy that was hit by a golf buggy and sustained an injury in his back received healing that night.

In the three days of presence-filled sessions, the campers were blessed by the Word and the encounters they had with God.

House captain Valor Aloysius Ng Shi Han, 19, who is a student from Temasek Polytechnic said, “The best thing about this Rave Camp was to see unity in how everyone came together to worship God. It was my heart’s desire to share in the experience of worshipping God with all the other youths and praying for one another—at the final session, I was so filled.” 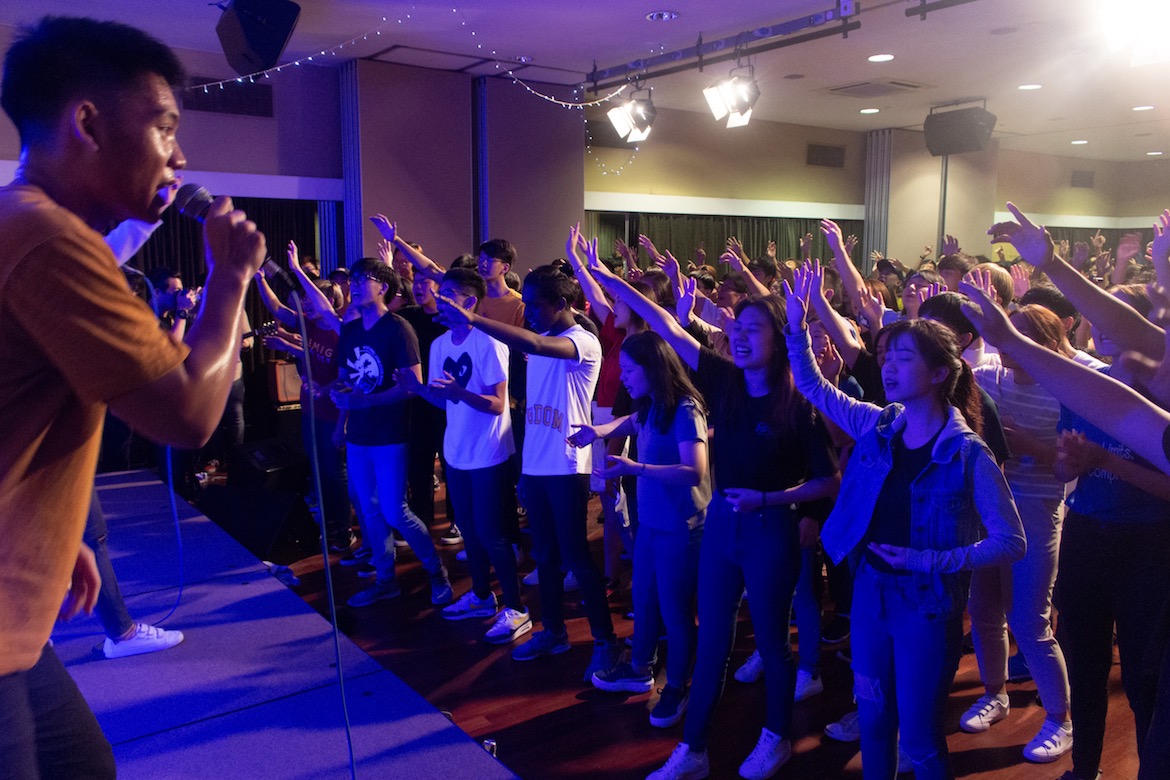