Jesus called His followers to be the “salt of the earth” and the “light of the world”. But what that does actually mean? In this compilation, Christians in the marketplace share stories of encouragement amidst various adversities thrown at them. 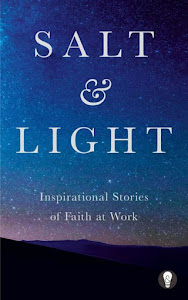 Whenever I hear the phrase “salt and light”, my mind immediately turns to Matthew 5:13-16, the famous passage from Jesus’ Sermon on the Mount. Jesus explained how if the salt loses its flavour, it is only good to be thrown out and that nobody hides the light they are given, under a bowl. This is what inspires me—God is calling us to uncover the light within us and pour it forth into every realm of darkness around us, particularly in where we are placed.

Created by the team at Singaporean Christian website Salt & Light, the true stories found in this book inspire Christians to do just that: to shine the light of Christ in their marketplace, no matter how bleak their situation may be. As I finished reading the last page of the book, I was left in awe of how God has worked in the lives of these faithful Christians who stood firm in their belief that He would pave the way for them. Throughout the book, it became apparent that living out one’s faith at work is not the easiest journey. But as these Christians held unwaveringly to their faith, God came through for every one of them.

Each story ends with an important spiritual lesson, making the book incredibly nourishing. Two stories stood out to me for the fact that God’s hand was upon them in amazing ways.

The first story was that of TV actress Felicia Chin, who lost her father to cancer at 17. Having been a big fan of the popular local actress when I was growing up, I had the misperception that, just because she was famous, her life was filled with sunshine and rainbows. I was completely unaware of the many struggles that she faced off-camera. This testimony she shared marked one of the lowest points in her life.

Before she came to know Christ, Felicia was struggling with anxiety and depression after she lost her beloved father. There were times when loneliness completely enveloped her, blurring her vision of the light at the end of the tunnel. The overpowering heartache and desperation for a father figure who could guide her in life sparked Felicia’s curiosity about Christianity. And God made a way for her: a fellow actor brought her to church and there, she received healing and her life was changed forever.

“Tell Felicia that I am her Father.” These were the words that Felicia’s pastor received from God. Those words pulled her back from the dark pit she was in. Now, in contrast, Felicia is brimming with faith, boldly declaring that accepting Christ into her life was the best decision she has made in her life.

This story speaks volumes to those who have lost their fathers at a young age. I was very touched by it as I could relate to Felicia’s story on a personal level. Coming from a single-parent family, I also struggled emotionally due to the constant craving for a father figure in my life.

This story encourages me that I am never alone because there is always an eternal Father in God who loves me, guides me, and accepts me for who I am. His love is for us all and He is always there through the darkest of times. You might not have felt the warmth of a father’s love, but Father God is always there to shower love and affection on you. Nothing and nobody can replicate this indescribable feeling that comes from knowing Him. 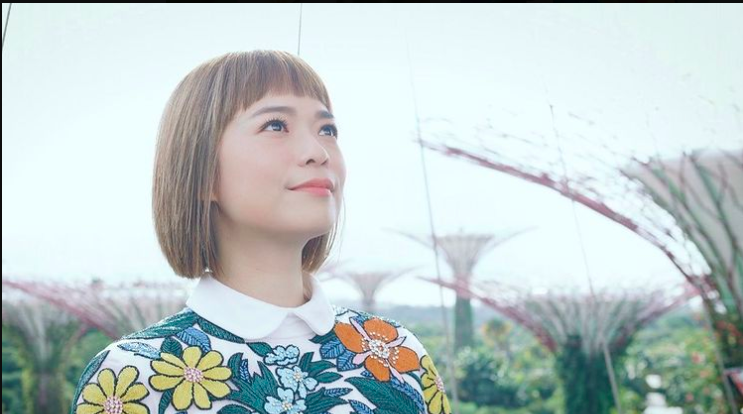 FINDING THE FORGIVENESS OF CHRIST

The second story that left a deep impression was “My name is Raymond and I am an ex-convict”. This one tells of the amazing salvation story of Raymond who grew up in a broken family, feeling unwanted and unloved. He began to walk down a path of crime, indulging in every illegal activity you could think of—shoplifting, illegal gambling, credit card fraud. It was a lifestyle that saw him in and out of Boys’ Home and prison multiple times. Raymond began spiralling and hitting rock bottom when he did not even have enough money to buy milk powder for his baby.

Wanting to put his life back on track, he started a hawker stall. It got off to a rocky start as business was not good and Raymond was still struggling with his addictions. However, everything changed when a food blogger brought him to church one Easter. During the altar call, Raymond was so touched by the presence of the Lord that he immediately accepted Him into his life. God wasted no time in aiding the reformed man, helping him kick his addictions and answering his prayers through a new job.

What really impacted me was how this story reflects Luke 7:41-43 where Jesus said that he who has been forgiven much, loves much. Raymond said that if Jesus was willing to die for someone as corrupted as he was, that means that He is willing to die for anyone. I am sure many of us have had the experience of feeling a strong sense of hopelessness or inferiority during our Christianity walk, thinking we are not good enough for Jesus. This testimony dispels that myth: no matter who we are or what we have done, Jesus will always shower His love, His mercy and His grace upon all of us when we repent.

These are just two of 35 stories in this book that have touched me deeply as they tell of the great things God has done in broken lives. What inspires me the most is how God has called His believers to be the salt that preserves the Earth and the Light that illuminates a world shrouded in darkness. Salt & Light gave me wonderful insight into how faith works in real life.

Salt & Light retails for $20 here. You can also buy the ebook at Goguru

Salt To The Community