Synopsis: A man’s young daughter is abducted and murdered. He returns to the shack where the murder happened and comes face to face with God. 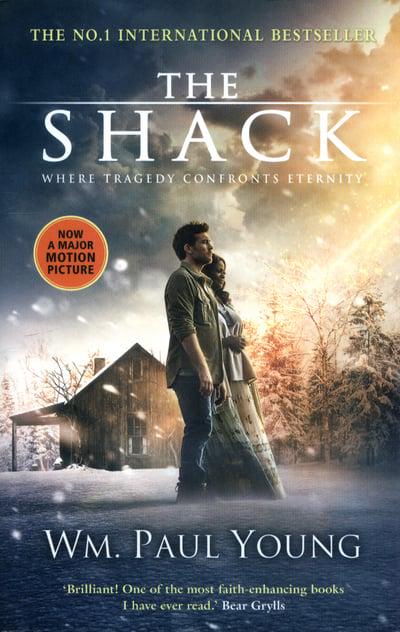 It has been six years since I first read The Shack upon strong recommendations from fellow church mates. When it first made the New York Times’ bestseller list in 2008, The Shack came under fire for its controversial theological stand. I had chosen to read it cover-to-cover as a fictional novel, without giving much thought to the Holy Trinity as presented in William P Young’s writing.

But first, the story: Mackenzie Phillips is a father of five who brings three of his children camping. His daughter Missy is abducted and killed by a serial killer. Her bloodied clothes are discovered in an abandoned shack but her body is not found. Mack slips into “The Great Sadness”, unable to comprehend this tragedy. One day he finds a letter in his mailbox, beckoning him to the shack—the letter is mysteriously signed off by “Papa”. Having no relationship with his earthly father, Mack’s puzzlement leads him to the shack, where he encounters the Trinity—Papa, an African-American woman, Jesus, a Middle-Eastern man, and the Holy Spirit, an Asian woman named Sarayu. He comes to terms with his daughter’s murder as he engages with the Trinity. When he awakens from this encounter, he leads the police to the cave where his daughter’s body is found, and her serial killer is caught and put on trial.

The Shack sold in the millions, but Christian reviewers were caustic in their assessment of it, declaring his representation of the Trinity unsound.

However, rereading The Shack with fresh eyes in 2019, these were my takeaways:
One: Young wrote The Shack to answer the question: “Where is God in a world so filled with unspeakable pain?” I found that the novel made me reflect on who God was to me, personally. That seemed to be the core question of The Shack. The plot may sound simple: man experiences a family tragedy and after four years, finds healing through an extraordinary, life-changing encounter with God. But the journey that this man takes is much closer to home than we think.

The author expresses two perceptions of God in the novel: the distant, unjust God whom Mack identifies with, and the Father God described in the Bible who is lovingly called ‘Papa’ by Mack’s wife Nan. In the light of the tragedy that Mack and his family experiences, this contrast becomes important to Christian readers regarding their own relationship and perception of God. How do we view God in times of good, and in times of crisis? As we follow Mack’s journey in The Shack, we grow in our perception of God together with him. We see how certain conversations are based on biblical principles, even though the novel’s depiction of the Trinity is not what we are used to. Take for example how God responds to Mack’s question on tragedies: “Mack, just because I work incredible good out of unspeakable tragedies doesn’t mean I orchestrate the tragedies. Don’t ever assume that my using something means I caused it or that I need it to accomplish my purposes.” (p.185). This echoes what the Bible says about God: that He is good. 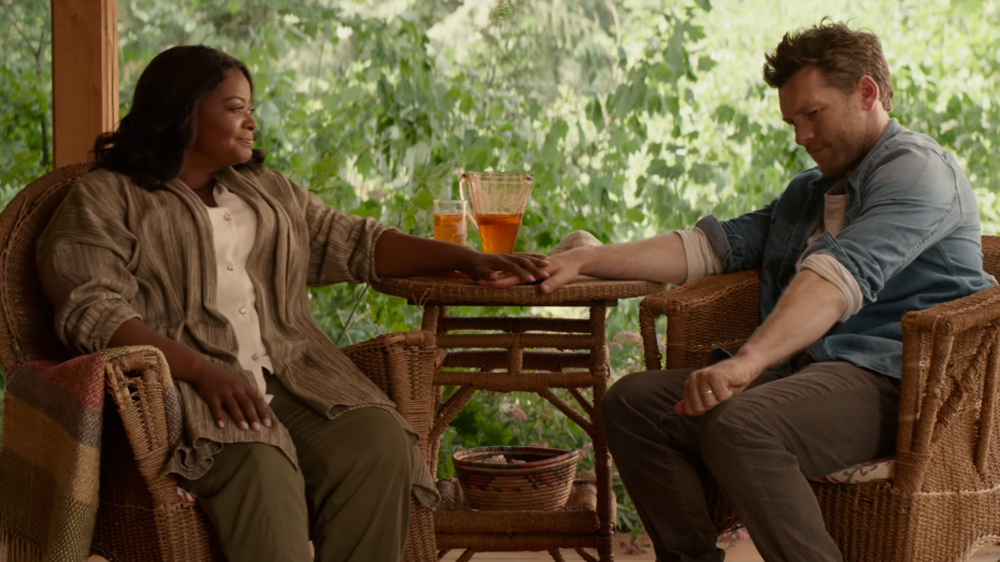 Mack (Sam Worthington) with Papa (Octavia Spencer) in the 2017 movie adaptation of The Shack.

Two: The Christian faith is a lifelong relationship with God. The author shared in an interview that it took him 50 years to ‘wipe the face of his own father off the face of God’. That arduous but worthwhile journey is clearly depicted through Mack’s experience in the shack. The shack is a symbol of the place where we find ourselves lost, grieving, helpless – and also the place where we find restoration, peace and closure. It is in the shack where Mack demands to know why God still loves him, an angry, broken man who didn’t really believe in God anymore. It is in the shack where Mack earnestly asks whether he could see and hear God even when he goes about his daily life.

Through Mack, The Shack raises questions that most Christians have asked at least once in their lives. Though the answers that come through this version of the Trinity do not quote Scripture directly, it is clear to the reader that God is a relational God, and the depth of one’s encounter depends heavily on a personal level of openness and relationship with God. This may be a one-dimensional representation of God, but it is a good starting point for any seeker.

Three: Our stories have the power to touch lives. The author mentioned in an interview that the characters in the novel are fictional, but some elements of the book are autobiographical. Mack’s “bizarre” experience in The Shack not only opened up doors for discussion, but also ministered to those who endured pain and loss that will always be a part of their lives. The Trinity in the novel doesn’t disqualify Mack’s emotions, but helps bring them to the surface and allows him time to express and manage them. Only after Mack finds reconciliation with God and with his own emotions could he restore his relationship with his wife and children, and live life with greater happiness. That is wisdom, especially for those of us who are accustomed to sweeping emotions under the carpet and putting up a facade.

A special author’s note in this edition of The Shack tells us the true story of how a couple received their healing through a divine opportunity to be at the filming set of the 2017 movie adaptation. What is your story of redemption and love? It has the power to change lives, in ways you may have never thought possible.

The Shack may not be an easy read for those who aren’t ready to face certain emotions or notions about God and about their own lives. But as you immerse yourself in Mack’s world, you may just find yourself identifying with his struggles and emerge after 18 chapters more in tune with yourself and more in love with God than ever before. This novel may not be big on theological concepts and Scriptural references, but it sure hits hard on the heart.

Buy The Shack (the movie edition) at The Ink Room.

A Cool Place To Play