City News spoke to City Harvest Church’s drama directors, Sandy Yeo and Jaslynn Khoo, on the preparations behind this year’s Easter drama production, The One, amidst the pandemic.

After a year of change and settling into the “new normal”, one of City Harvest Church’s biggest evangelistic events—the drama production—is back. Each year, CHC’s drama ministry stages an Easter production and a Christmas production. Both are highly anticipated by the congregation for their creative content, coupled with the message of the season.

Due to COVID-19, last year’s Easter drama had to be cancelled as the nation went into Circuit Breaker mode. However, this year, the Easter drama is back and taking on a different approach. City News caught up with drama directors Jaslynn Khoo and Sandy Yeo to find out how they had to work within Safety Management Measures in preparation for the Easter drama production, The One. 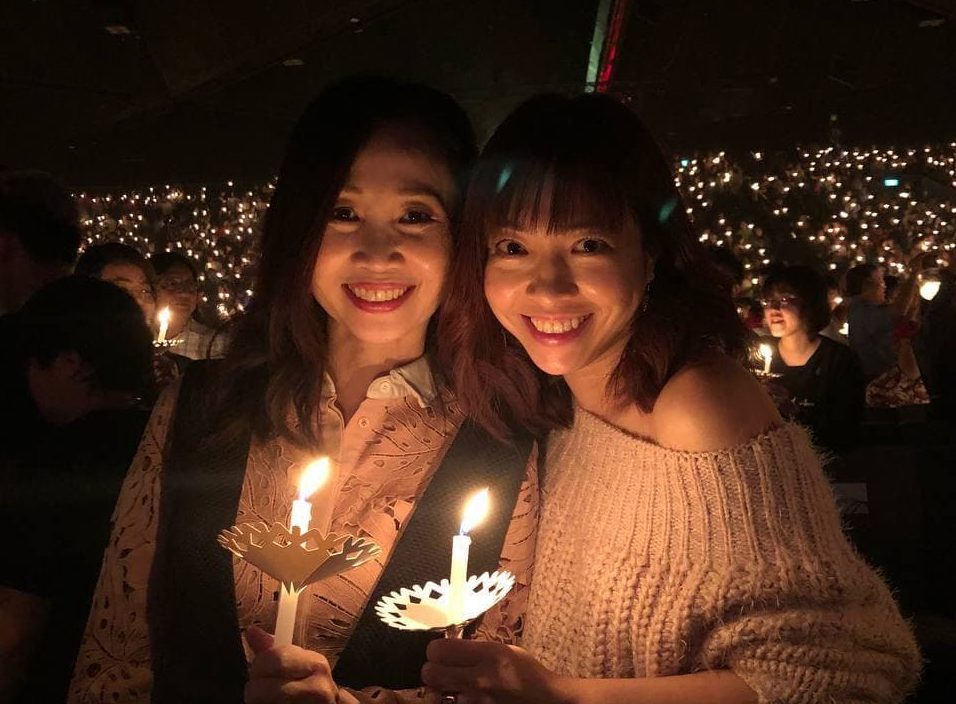 PRODUCING A LIVE SHOW DURING A PANDEMIC

Jaslynn shared that when she first contacted the ministry members for auditions in February, they were elated. “Everyone was very excited when we told them we were going to do a drama as all the actors hadn’t been active for a year. Even those who weren’t involved with the drama texted us saying they were excited to watch it,” she recalled.

“We felt that the congregation missed watching the dramas on stage. We knew they would appreciate the live performance,” Jaslynn explained. “We wanted our ministry members to feel more involved as artists; we also wanted to create and hone our craft. So a live production was important for the church and our ministry members.”

During rehearsals, the actors, costume makers and backstage crew had to adhere to all safe-distancing measures. Masks had to be worn at all times, except for when the actors were rehearsing their scenes—it was important for the audience to able to see their facial expressions and emotions. The team took great care to comply with safety measures each step of the way.

The team also had to adapt to staging the drama in a different location. As the church is now holding its services at the Theatre in Hall 606, which is a smaller space compared to the Main Hall (Halls 601-604), the stage crew had to design smaller sets that were artistic, creative and interactive for the actors. 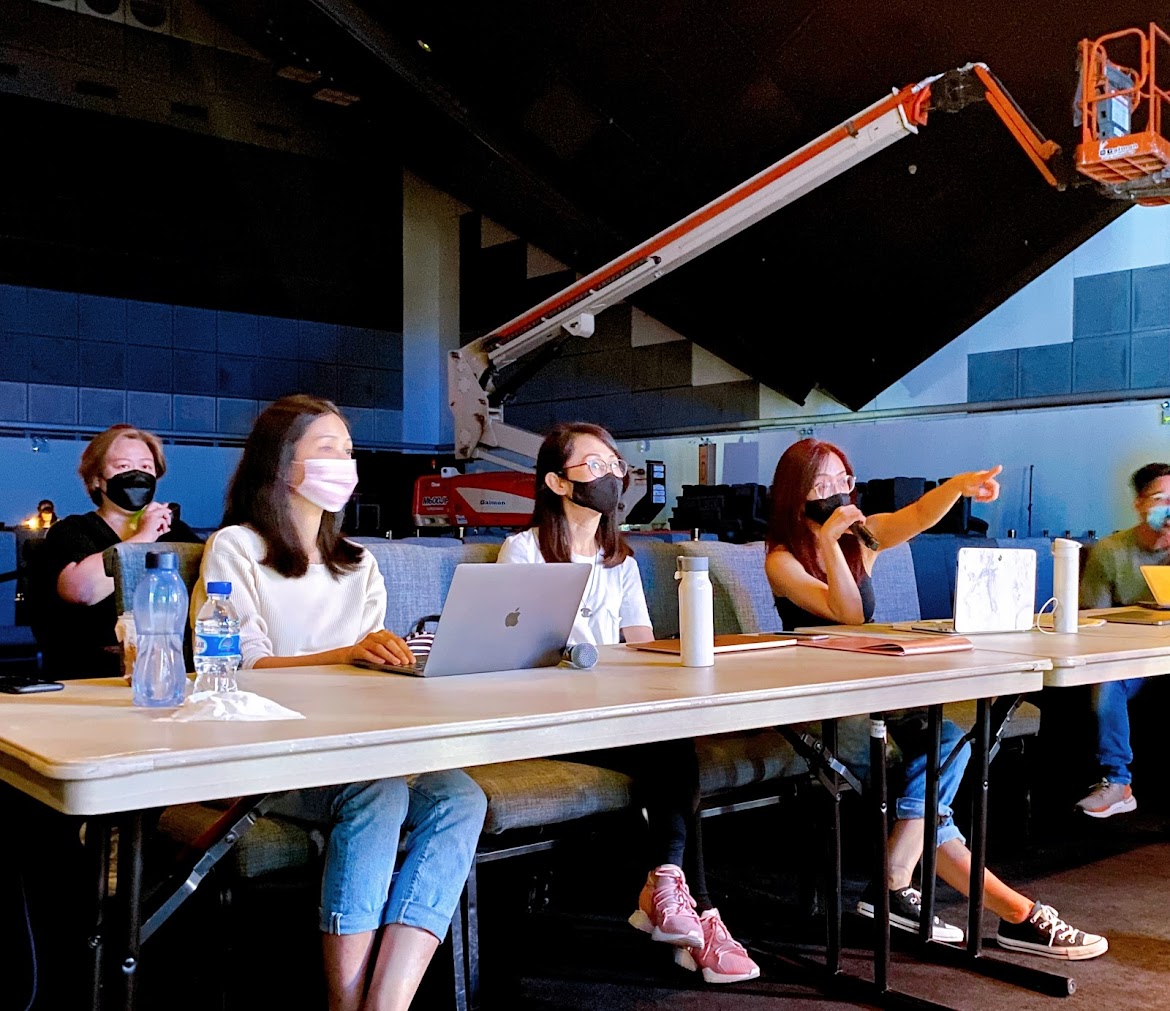 “We didn’t want (the sets) to just be decorative,” Jaslynn explained. “The stage itself is small, but we managed to make it in such a way that the actors had space to move. The LED screen is also pretty high, which meant we couldn’t create certain backdrops like we previously could. These were some of the constraints we faced in this new venue. ”

NOT YOUR TYPICAL EASTER DRAMA

From the get-go, the directors knew they wanted to keep the cast small and the drama short, having to work within COVID-19 regulations and ensure safe distancing during scenes. So the scriptwriters wrote with this in mind and kept the script to a smaller cast comprising just six live actors. Even the positioning of the actors on stage had to adhere to safe-distancing measures, with no more than four actors onstage at any one time.

“We knew that we wouldn’t be able to put up a massive drama production like we used to,” Sandy explained. “There were measures in place where the actors could not come close to, or interact with the audience. There had to be a specific three-metre distance between the audience and the stage. We had to think of a story where we could share the love of Christ in a heartfelt and real way, yet not necessarily doing it the same way as before.”

This year’s story, The One, was the brainchild of ministry member Bernard Loh. Sandy, Jaslynn and Bernard came together to work out the script and the scenes to make sure the idea would work well online and on-site.

“A lot of hard work and heart work has gone into staging this production. We hope the audience—the members, friends, family—will enjoy it. It is a unique perspective on how much God loves us and how much we need the Lord,” Sandy said. 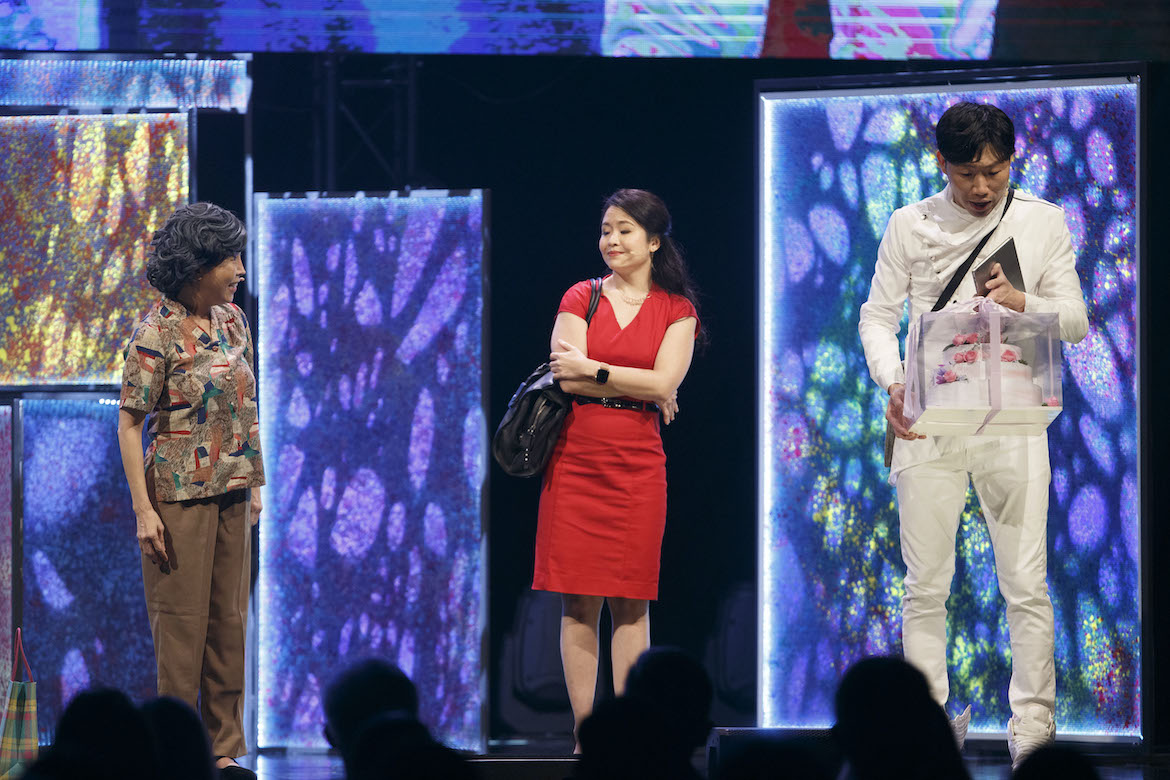 “Being staged in Hall 606, this production is much more intimate and personal. We’re also working very hard to make sure that those online will not miss out on the experience versus those watching live. We pray that you will enjoy the drama and your heart will be open to see how much the Lord loves us and how much we need Him.”

Catch The One live during the Easter weekend at City Harvest Church’s location at Suntec Singapore Level 6, Hall 606, as well as on The CHC App and the CHC website www.chc.org.sg. Timings are as follows: Apr 2, Friday: 2pm & 5pm; Apr 3, Saturday: 2pm & 5pm; Apr 4, Sunday: 10am.