In this second instalment of the 2020 In Review series, City News takes a look at how cell groups evolved last year to meet the challenges of the pandemic. 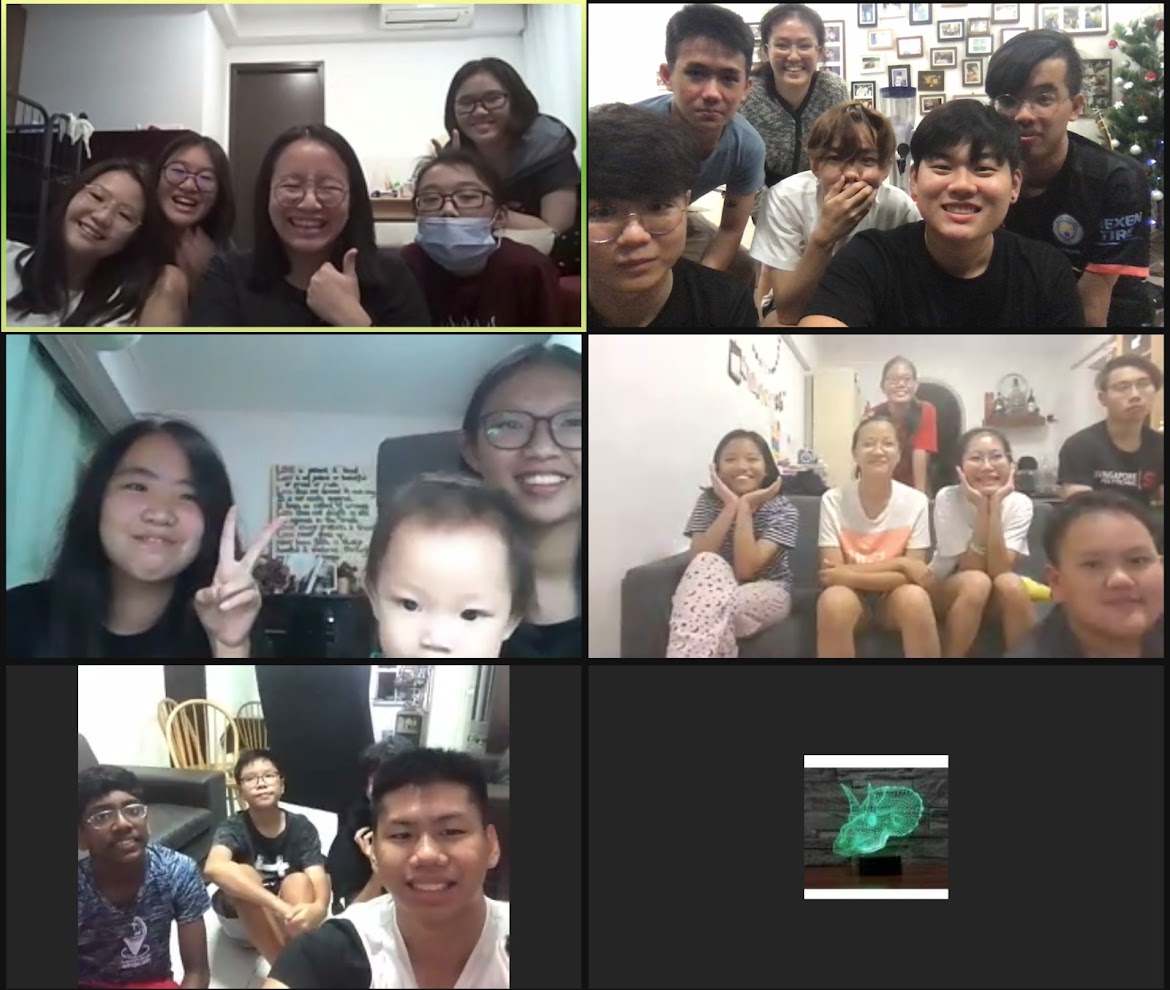 Don’t we all miss the atmosphere present at on-site church services?

Since COVID-19 became a way of life in early 2020, most of us have grown accustomed to the social distancing measures in place. In fact, City Harvest Church conducted its services online for the most part of 2020. Needless to say, Easter and Christmas—traditionally our “Big Days” at CHC—were a totally different affair. What would have been the annual Christmas drama was replaced by a video rendition of Christmas carols by CityWorship.

Despite the change, the excitement surrounding the Christmas season was not dampened. Many cell groups rose up to the challenge and found ways to connect with one another. One such way was organizing watch parties—groups of five cell group members would gather at a member’s home to attend online weekend service together.

N553 was one of the cell groups to hop on the watch party train. For three weeks leading up to Christmas, the cell group had been gathering in groups of five to watch services online.

Not only did the generous hosts open up their homes to the members, they even prepared Communion elements and delicious finger food like popcorn chicken and French fries for the members to snack on.

After service ended, the members continued to fellowship over meals.

Norman Lim, a member of N553, asserted that despite the absence of on-site services, Christmas 2020 was no less special. “Though the atmosphere was very different, being able to watch the service with my family and cell group members amidst this pandemic really made Christmas special.”

“During the small group gatherings, we also included our other cell group members through Zoom, so that they could join us from their own homes,” said Sing Qing, the cell group leader of N553. “This allowed members to continue hanging out even after the online services ended. Although not everybody could meet in person, we still all had opportunities to interact through Zoom.” 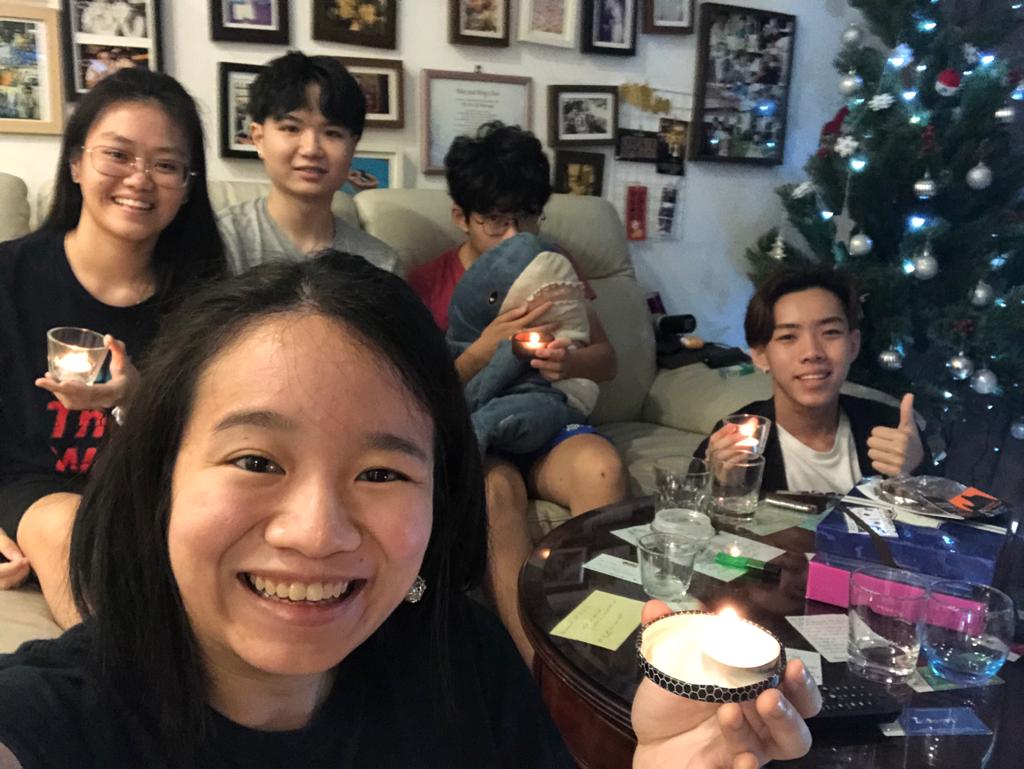 Matthew 18:20 reads, “For when two or three come together in my name, there am I with them.” This rings true in the midst of the pandemic–God is present even when His disciples can only meet in groups of five.

Another cell group that held a watch party in this season was W201. When David Chiang and his family failed to ballot tickets for CHC’s Christmas service, they were a little disappointed.

“God’s ways are higher than our ways—everything flowed according to His plan,” he said, adding that Christmas turned out to be eventful. His cell group leader, Dorothy Ng had organized a watch party in her house.

The cell group had not planned for a watch party initially, as most of the members preferred to watch online services in the comfort of their own homes. It was also not easy to find a host willing to avail his home as Christmas is usually when one spends quality time with one’s family.

But Dorothy decided to open up her home so that she could invite her parents to join in the party. “It was my Dad’s off day so it was an excellent opportunity to get him to watch service with us. He has not been watching the online service since the Circuit Breaker started. It was also a perfect opportunity to get my mother to sit among my friends to watch the service together. It was intentional yet there was no pressure,” she explained.

The cell group members had a good time interacting with her family members and enjoying the sumptuous food prepared for them. Some of the members had not met since the Circuit Breaker started and this was a chance to reconnect over a Christmas meal.

“I feel that many of us miss having cell groups and attending church service, which we took for granted before COVID-19,” shared FL Lim, a member of W201.

Doing cell group was indeed different in 2020. Dorothy explained that grouping the members into seven smaller prayer groups made the connection easier. The six other team leaders assisted her in engaging and praying with the members on the phone to bridge gaps.

“Smaller groups bring the cell group members into better engagement as they have more intimate sharing and able to dive deep into conversations,” said Cassia Seah, a member in W201. N553 and W201 are not the only cell groups that found new ways to keep members connected. Most of the pastoral zones worked hard to adapt to the new norm of meeting online instead of face-to-face.

Since the Singapore government launched the Circuit Breaker in April 2020, many pastoral zones began meeting virtually. By May, almost every zone had started engaging their members via online meetings.

The zone led by pastoral supervisor Wayne Choong, found a way to stay connected with pre-service hangouts. Using the Zoom platform, the members were able to meet with their friends in the zone online. They would hold the meetings an hour before the Saturday service. Occasionally, they would also invite other pastoral supervisors and pastors to join in the sessions. 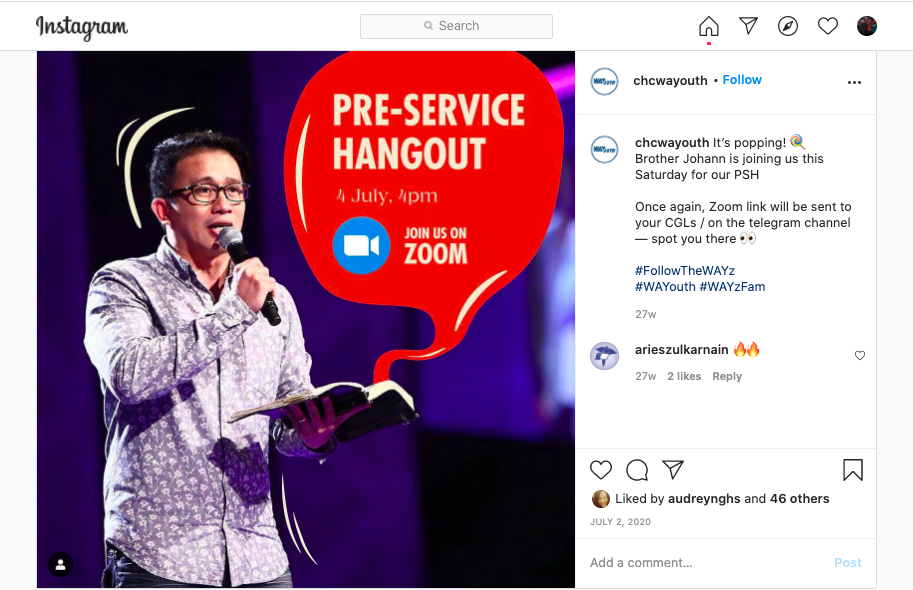 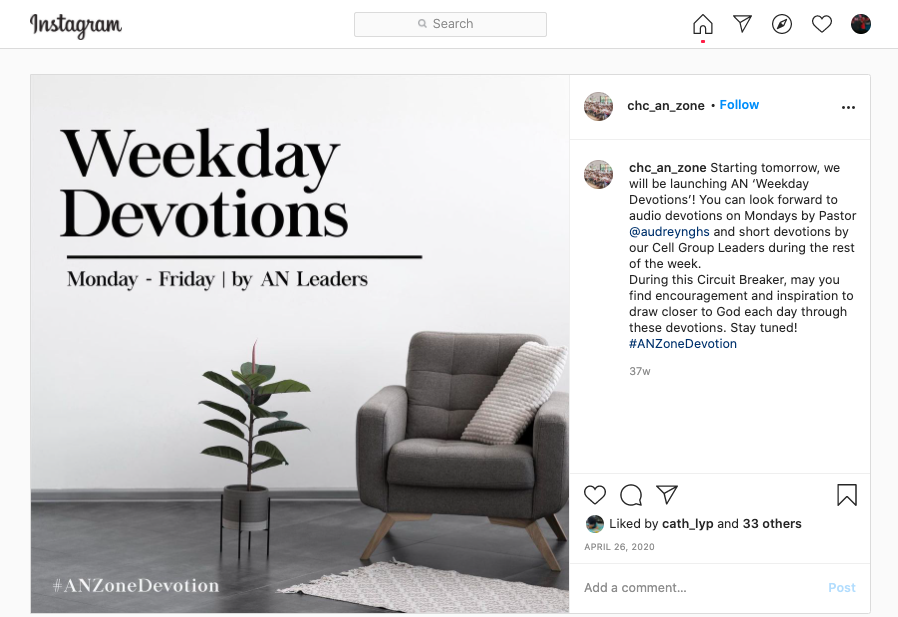 Pastoral supervisor Leila Tan’s pastoral zone launched their “LEIstening Party” in April: members could tune in together for worship, or for devotionals. In May, they started a new series called “Latte with a Leader”, aimed at engaging members by having them ask questions on topics ranging from ministry to life skills and career help. 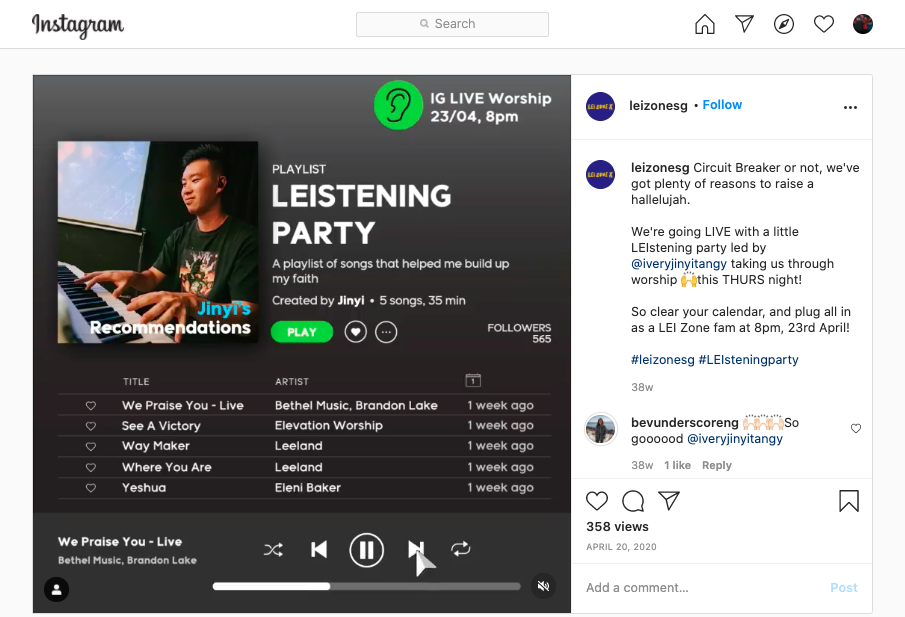 Similarly, those in Lim Meng Chin’s pastoral zone started their series “来! LifeChat!”. Leaders were invited to speak via InstaLive on a topic and members could ask questions. The sessions were recorded and uploaded for members who missed out on the live program. The zone also engaged their youths to participate in TikTok challenges. From performing a short clip with their cell groups to challenges that involved their family members. 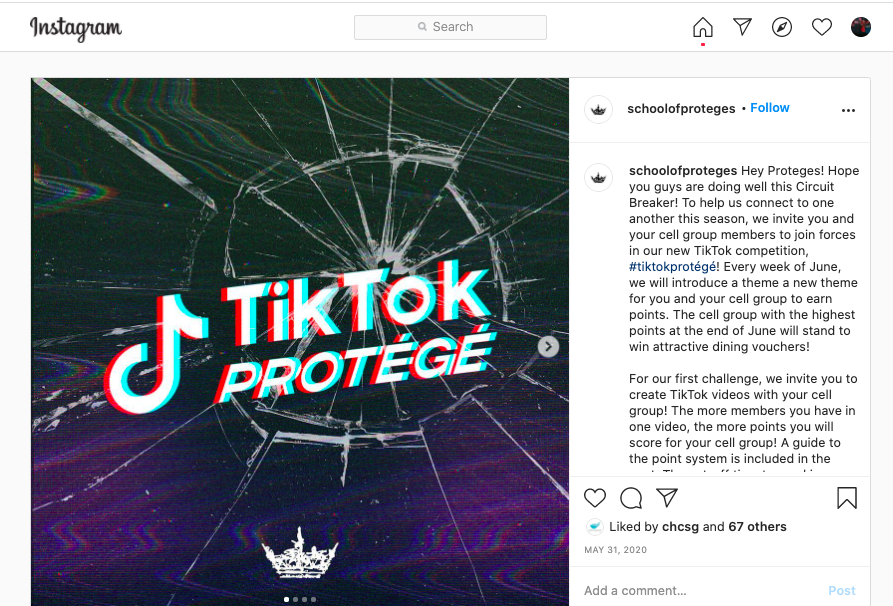 All these happened on social media at the zone level, but individual cell groups within the zones were also meeting up online. Some cell groups started playing online games like Among Us, during cell group fellowships.

When Singapore entered Phase Two of re-opening, social gatherings up to five were allowed. Many cell groups took this opportunity to meet up. Decentralised cell group meetings became a thing. Groups of no more than five would gather at a member’s house and the rest for their cell group would call in during meetings. Some even met up to watch services together over the weekends.

This new normal fell into place as the months progressed, and before anyone knew, December 2020 had arrived. The online activities had been happening for more than eight months, and many of these devotional podcasts and online meet-ups continue on today.

While 2020 had been a year of isolation for many, CHC’s members found ways to stay united and connected to one another through new methods. Against all odds, the church continues to serve its members and reach those who are unsaved.