Find A Need And Meet It: SOT Support Services

3S—SOT Support Services—is a member-led initiative spearheaded by alumni from City Harvest’s School of Theology 2019. Formally launched in February, they found themselves uniquely positioned to help the overseas students of SOT 2020 in this unusual year. 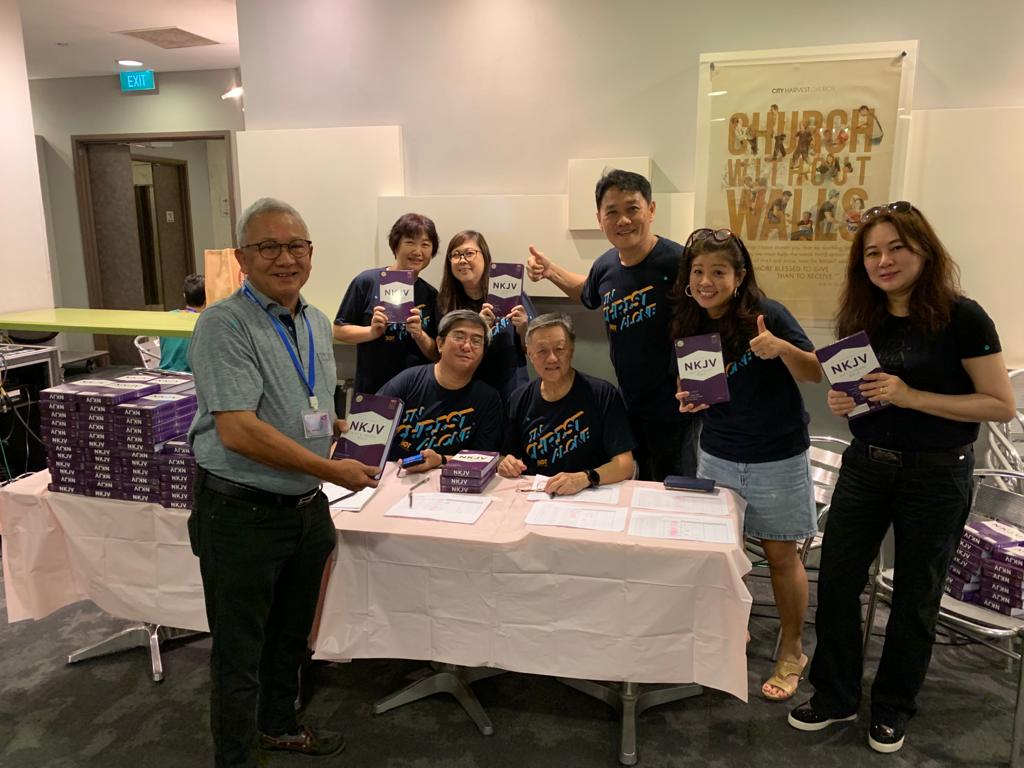 A heart for missions meets a passion for service. 3S, which stands for “SOT Support Services” has its roots in SOT 2019, when alumni Lynn Chua, who had always had a heart for the Philippines, found herself in Team 10, which was led by two Singapore-based Filipinos and had nine overseas students from five different provinces in the Philippines. Lynn had prayed for open doors to reach the Philippines, and God had answered her prayers in a way only He could.

Spending time daily with her teammates, getting to know the needs of their home churches and learning that SOT was just the start and not the end of serving the Kingdom of God spurred Lynn to think hard about what she could do for them once they had all graduated after seven months of Bible school.

She had lengthy discussions with her teammate Lawrence Lim on how they could set up something permanent, and also prayed for God to bring the right people to serve together with them. God moved Paul Tan, a fellow student from Team 6 to step up, and the original three-person core of the 3S ministry was formed.

On February 1 2020, the group held its inaugural meeting and formed its main committee, which now consists of 11 other volunteers who oversee various functions support services, missions, intercessory, finance and social media. The members are alumni from SOT 2019, with one member from SOT 2018.

3S was set up with three core aims: to support the SOT staff and students in any areas of need, to support the international SOT students living in hostels, and to carry out mission trips to the Philippines.

In September 2019, at the end of the last academic year, the 3S members mainly helped with the international students’ hostel check-out, sending them to the airport, cleaning up the hostel, and also keeping aside useful essentials for the 2020 batch of SOT students. The members made mission trips to Palawan and Manila in November 2019, as well as General Santos City and Davao in January 2020.

CHANGE OF PLANS, CHANGE FOR GOOD
When COVID-19 struck, SOT 2020 had to quickly adapt to myriad changes, from lessons going online, to the international students having to practice safe-distancing in the hostel.

3S also found itself having to abandon its plans and pivot its services as the need became the call. “We wanted to do a mission trip in April 2020, but we couldn’t,” says Lynn. “Instead, we found other ways to bless the international SOT students in Singapore, and we realised something amazing: as long as we are ready and willing to act in faith and ask of the Lord, He will provide as He pleases.” 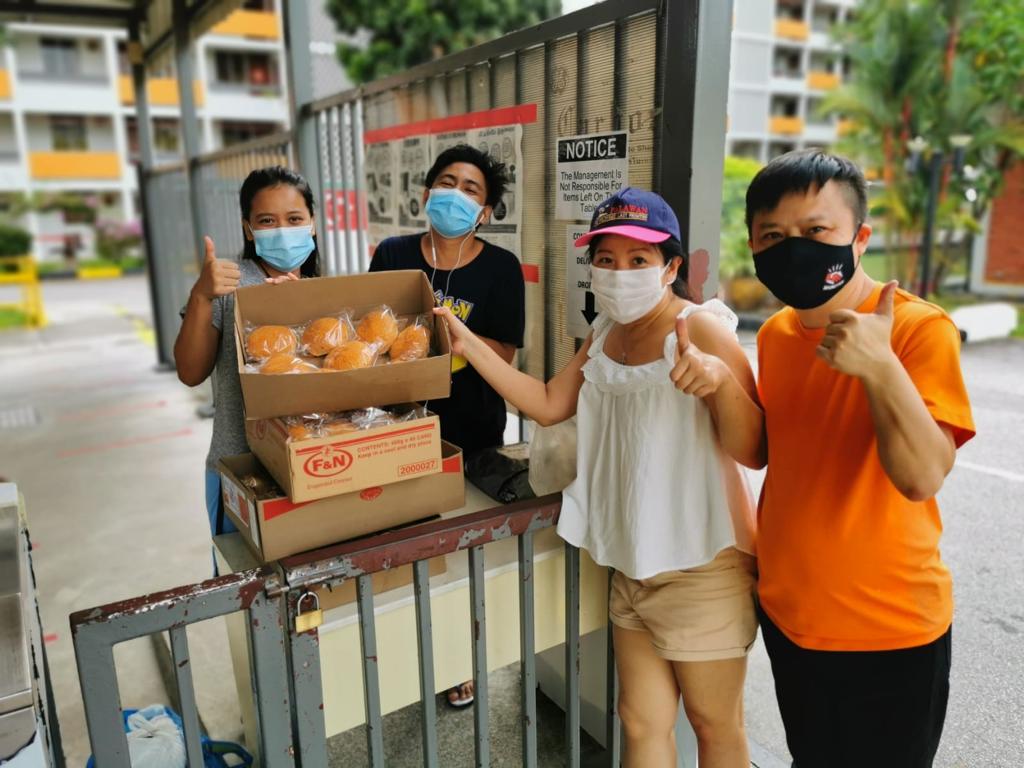 It became 3S’s mission to make this year as comfortable and smooth for SOT 2020 students, and to be the “raven” that brought sustenance to them during a difficult academic year. This year’s SOT students did not get to enjoy the many highlights of a typical SOT cohort, from the daily praise and worship to the mission trip. They even had to do without the traditional class photo.

Indeed God brought the provision as 3S answered the call. When the school term began in February, 3S managed to find a good discount for NKJV Bibles and purchased 200 copies for the students. That same day, they also organised a buffet breakfast as a welcome for the students.

Every fortnight on a Friday since term began, 3S has delivered fresh bread to the 65 international students at the hostel. When Lynn prayed for open doors to get fresh bread on a specific budget, she was led to a couple running a bakery business. It turned out that, at that budget, they were willing to provide fresh bread every fortnight. 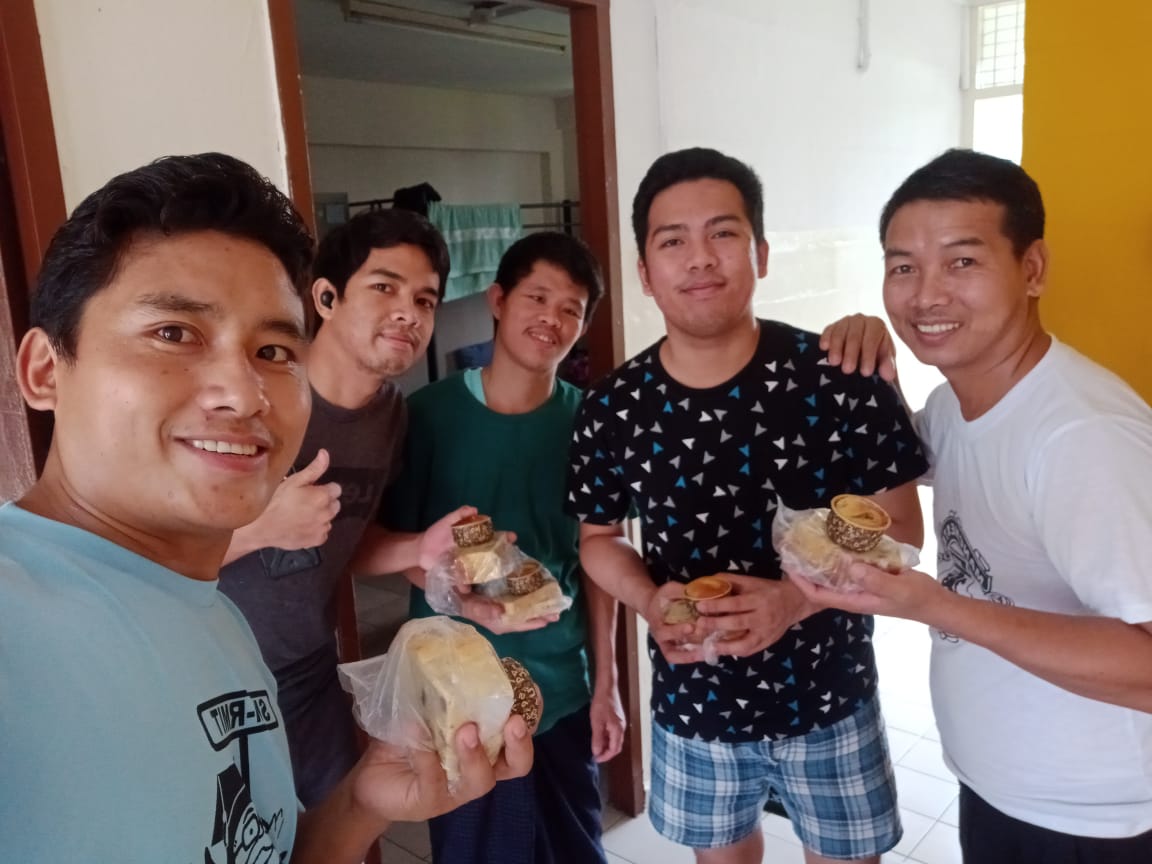 3S also regularly supplies groceries to the hostel students. To raise funds, they reached out to their network of family and friends, and Lynn would sell her Peranakan specialities and direct the profits to 3S.

Other than feeding their tummies, 3S also ministers to the hostel students spiritually through prayers and intercession. They send out devotions via text to encourage and bless the students.

CAPPING A VERY SPECIAL YEAR
As a special graduation gift for SOT 2020, 3S made keepsakes for the whole class: blue and pink 500ml Tupperware water bottles emblazoned with the tagline “SOT2020: Against All Odds”. It’s a powerful reminder of the tenacity and adaptability the students have shown in this climate of uncertainty.

This week, 3S arranged a series of farewell dinners with the 65 hostel students to bless them before this weekend’s graduation ceremony. 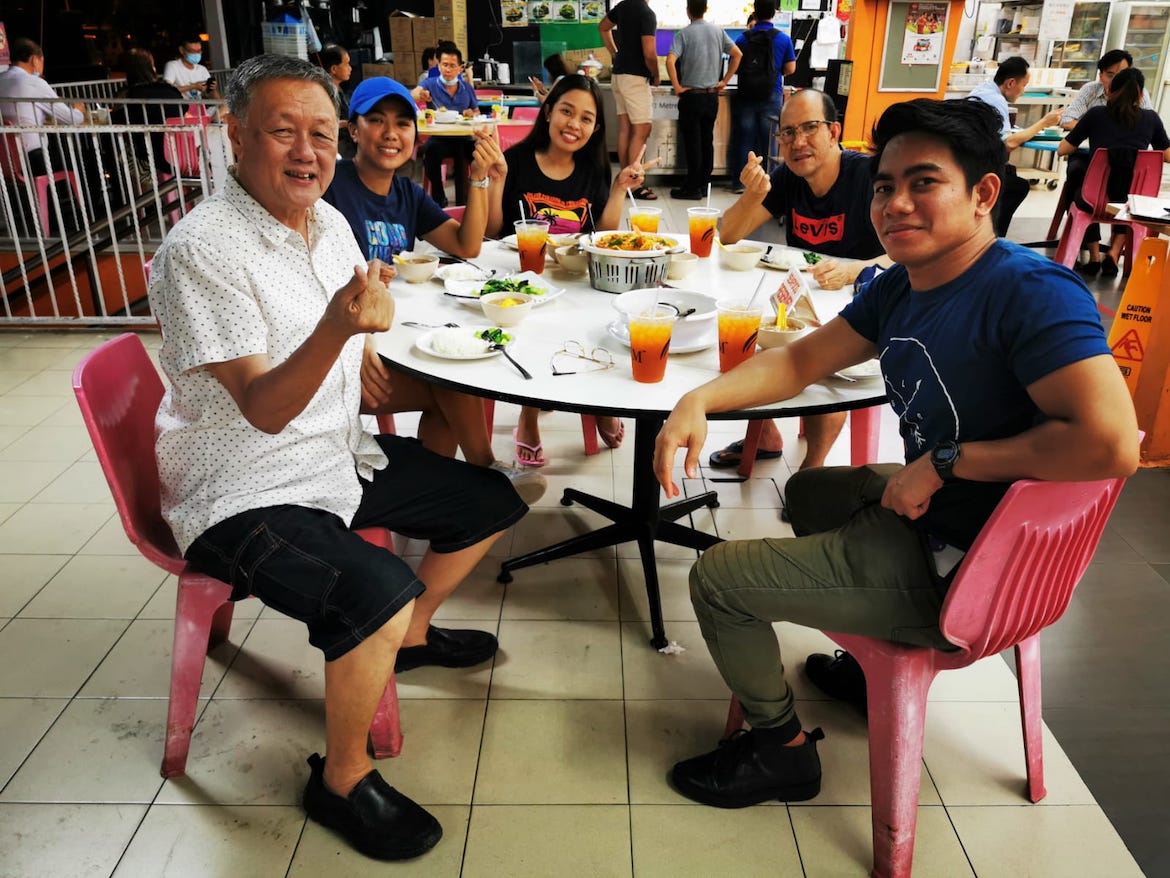 Apart from good works, 3S also is a space for its members to pray together, ask for prayer and be prayed for. Before COVID, the members would meet every fortnight at one of their homes. Once the Circuit Breaker began, like the students, 3S took their prayer meetings online every month.

Now, as SOT 2020 draws to a close, the work of 3S does not stop. The group have made plans to do a Bible study together, and to start praying for the next batch of SOT students and the staff.

By faith, 3S has been given much to give to those in need—God’s goodness leaves them in awe.

“We received a fundraising request for Calamba City in the Philippines, and somehow, in just three days, through our network of contacts, we raised almost $10,000. Seeing our prayers answered in all these amazing ways and knowing how good our God is, how could we not love Him and serve Him to the best we can?”

Keeping The Filipino Spirit Strong Amidst The Pandemic