The Right Ways To Respond In A Crisis: Bobby Chaw

When crises come one after another, how should the believer react? In his message last weekend, Bobby Chaw taught the congregation to look upon the promises of God and to respond in faith and with praise.

Bobby Chaw, City Harvest’s executive pastor, has been preaching out of the book of Numbers the past two years. Last weekend (June 27 and 28), he preached from Chapter 21, delivering a timely message on how to respond to a crisis in faith and with praise.

At the start of his sermon, he reminded the church that the Hebrew word for Numbers is the word bemidbar which means “in the wilderness”. Pastor Bobby began by explaining how the Israelites’ journey in the wilderness symbolizes the life of believers today, as they are all pilgrims walking into God’s Promised Land.

The chapter of Numbers 21 records a new generation of Israelites who were ready to enter the Promised Land. Emphasizing how different this new generation responded to the crisis compared to the previous generation, Pastor Bobby highlighted that in life, one’s response will ultimately be the determining factor of one’s success or failure.

IN CRISIS, RESPONDING IN FAITH
Pastor Bobby stated that there are two responses one can learn from Numbers 21. The first is to respond in faith.

Comparing the difference between Numbers 21:1-3 and Numbers 14:2-3, Pastor Bobby explained that the way the new generation responded was totally different from the old. “They did not succumb to the crisis or the problem. The first thing they did was to pray in faith instead of complaining in fear,” he noted.

Reading from Numbers 21:34-35, Pastor Bobby noted that trusting God became the Israelites’ modus operandi: the new generation stood by the Word of God, and boldly defeated the enemy. He told the church that they too, need to respond in faith when faced with a crisis. In Luke 22:31-32, Jesus told His disciples that “Satan has asked for you, that he may sift you as wheat. But I have prayed for you, that your faith should not fail; and when you have returned to Me, strengthen your brethren”.

“Satan is after our faith, to make us stop trusting God and quit believing His word,” Pastor Bobby preached. “He knows that when your faith fails, your life crumbles. However, if your faith is intact, though you may lose material possessions for the moment, you will eventually rise and be restored again.”

Pastor Bobby underscored his point with personal testimony. Not long after he received Christ as a teenager, his family suffered several financial challenges and was made bankrupt. Yet Pastor Bobby trusted in God, persisted in the promises of God, and made Psalm 37:25 his daily prayer. Today, he can testify that the word of God is truth and life: his family has fully overcome the crisis and is no longer in debt.

“Don’t let life’s troubles rob you of your faith,” Pastor Bobby encouraged the congregation in the face of the current COVID-19 pandemic.

1 John 5:4 says,“For whatever is born of God overcomes the world. And this is the victory that has overcome the world—our faith” the pastor implored the church to continue believing and hold fast the promises of God. God is still Jehovah Jireh–God our Provider, and that He will supply all their needs according to their riches in glory by Christ Jesus. (Phil 4:19)

Though the new generation of Israelites was living by faith, they still had their weaknesses. In Numbers 21:4, they were so discouraged that they complained against God and Moses just like the previous generation did. Because of their complaints, they face a penalty of death. Yet God, in His mercy, provided a way out for them. He told Moses to set up a bronze serpent and whoever looks at it will be healed.

“You see, it was not the bronze serpent that had some magical power to heal. Rather, healing, restoration, and life come by taking the Lord at his word, believing the Lord will do what he says he will do,” the pastor said. “Turn your eyes on Jesus. Fix your attention on His Word. And keep believing in His promises.” Healing, restoration and life come to the believer when they choose to respond in faith.

The Israelites were going round and round in the wilderness. “Sometimes your life looks just like this: you seem to be going round and round after working hard for many years, your career seems to bring you nowhere. After following the Lord faithfully year after year, your spiritual life still seems dry and stagnant. You feel nothing much has been accomplished,” described Pastor Bobby, pointing out that yet, in the midst of their wandering, God showed up and provided for the Israelites (Num 21:16).

“God is still here with you, and He is still speaking,” the pastor declared. “He wants to renew your strength to rise above the storm. He’s saying, ‘I will give you water.’”

IN CRISIS, RESPOND WITH PRAISE
In Numbers 21:17, the Israelites started singing a song of praise when they faced crisis. 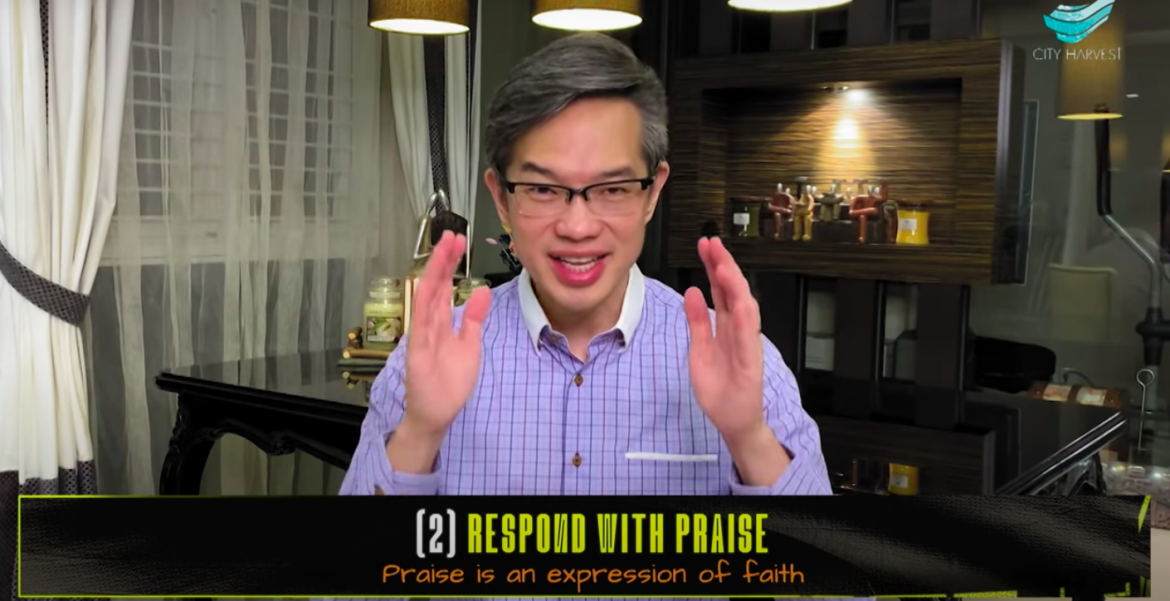 Praise is an expression of faith; it is trusting in Who God is and what He has done. Psalm 145:3-7 states that whenever believers choose to praise God, they are meditating on His goodness.

Pastor Bobby went on to point out three important characteristics of praise.

Firstly, praise is authentic. For instance, the book of Psalms reflects the real experiences of life. Using Psalm 13 as an example, he showed how David honestly shared with God his struggles and pain.

Furthermore, praise is acknowledging God. Pastor Bobby explained that when believers are in crisis, they can openly pour their hearts and tears to the Lord. In John 16:32, he showed how even Jesus was honest with the betrayal and disappointment that he was about to face, but yet Jesus also acknowledges that God is with Him, declaring “ a.” (John 16:33)

Finally, praise is creative. It declares that God is still saving and delivering in the present. Quoting Psalm 34, Pastor Bobby illustrated how David had become a fugitive, yet he kept singing and praising God. As a result, God heard him and saved him from his troubles.

How could David bless the Lord even when his situation was so bleak? asked Pastor Bobby. It was because David understood the creative power of praise: it can create a future when there seems to be none. 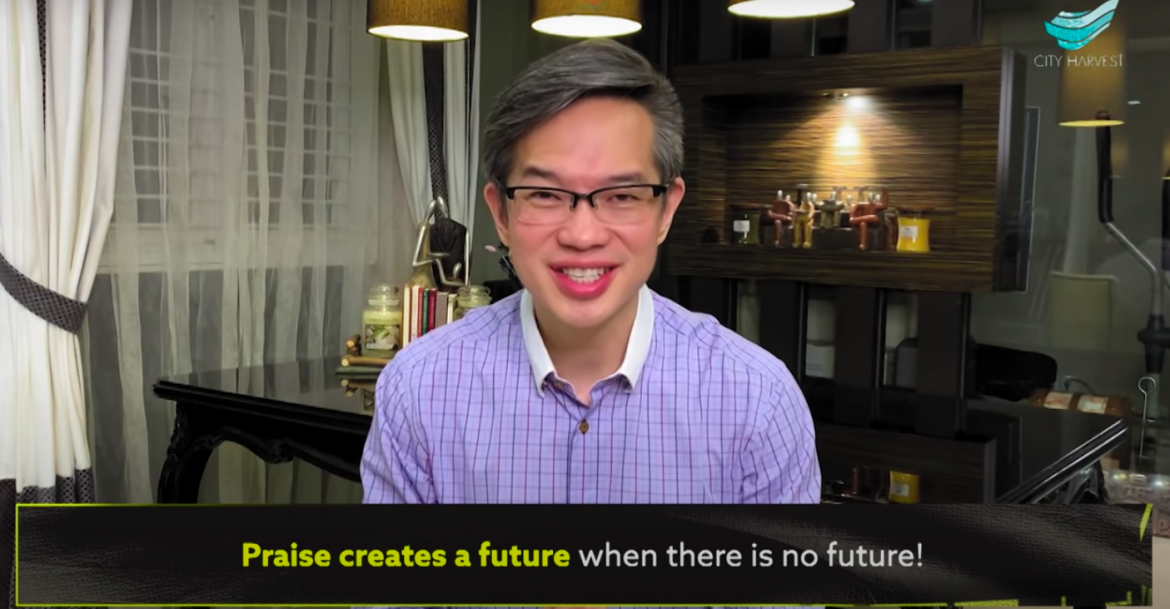 In closing, Pastor Bobby once again reiterated and encouraged the congregation to respond in faith and with praise when facing troubles. When they choose to believe and to keep meditating on God’s word, He will surely do what He has promised.