Why The Cross Is So Important: Kong Hee

This coming Friday is Good Friday, when Christians all around the world fix their eyes on the Cross. In last weekend’s message, Pastor Kong explained why Jesus had to go to the Cross in order to redeem mankind. 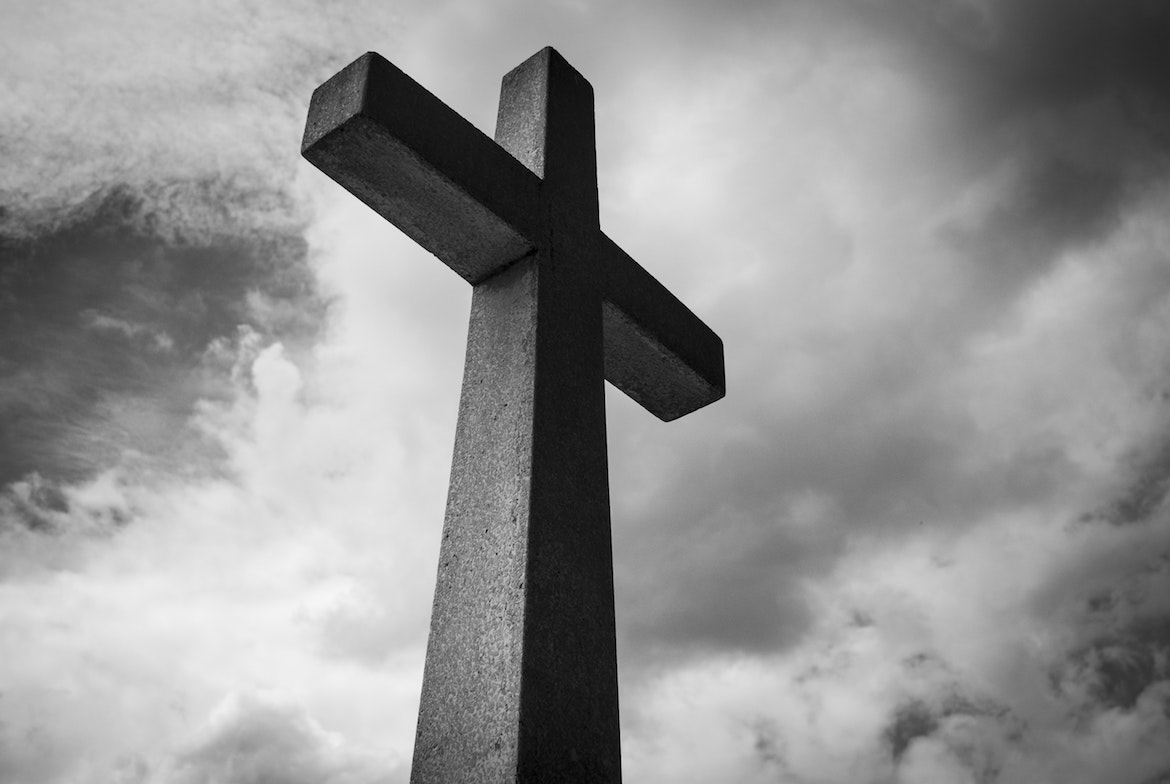 Photo by Pixabay at Pexels,com

The Cross is the most recognizable symbol of Christianity. But why is it so important?

“It is the heart of the Gospel and the only way a good God can save sinners and reconcile us back to Him,” explained Kong Hee, senior pastor of City Harvest Church as he began his online sermon on the weekend of April 4 and Palm Sunday, April 5.

To understand the Cross, Christians need to first understand that God is the God of holiness, love and truth—that is His moral nature.

God is holy. This means that He is divinely pure, perfectly righteous and completely just in all His ways. Habakkuk 1:13 reads, “Your eyes are too pure to look on evil; you cannot tolerate wrongdoing…”

God is love. This is the essence of who He is. “The first fruit of the Spirit is love,” the pastor said. “His love is free, unconditional, spontaneous and self-giving.”

God is truth. He has complete integrity, dependability and faithfulness. In 2 Timothy 2:13, Paul said that God cannot contradict Himself. He will always be consistent and true to His nature.

“He cannot stop being loving, nor can he stop being holy,” Pastor Kong asserted. “If God ever behaves in a way that is out of character with Himself, He would cease to be God and the entire universe would be thrown into moral confusion.”

Because God cannot contradict Himself, a problem arises: God cannot ignore nor deny the sinfulness of man. Romans 3:23 famously reads, “All have sinned and fall short of the glory of God.”

“To make things worse, man is a sinner held in bondage,” said Pastor Kong. “We cannot stop sinning; we have no ability to not sin!”

The pastor explained that mankind has a condition known as “total depravity”—every part of them has been damaged or corrupted by sin. Be it their thinking, their emotions or their desires, they are all warped and misdirected.

“As depraved sinners, we are bent on evil and are stubbornly unwilling to submit to God and His perfect will,” described Pastor Kong. 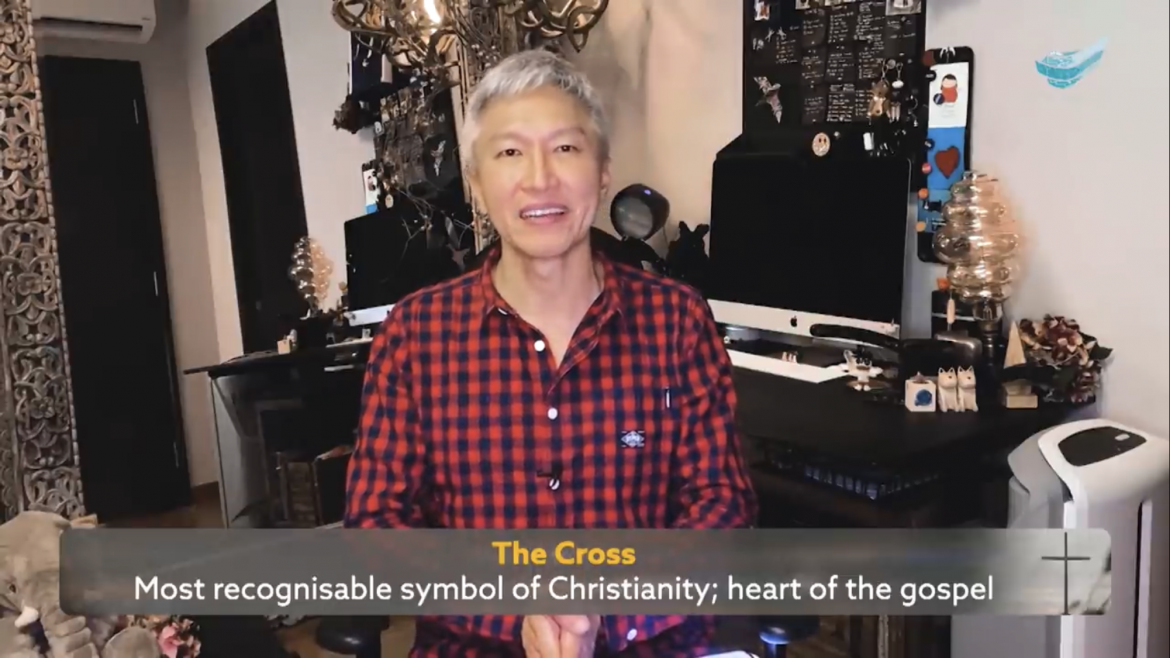 Jesus said, “If you love me, follow my commandments.” (John 14:15) The law expresses God’s morality and disobeying it is an attack on His character. Yet mankind has no ability to follow the law.

The effect of sin on mankind is death (Eph 2:1). Pastor Kong explained that death is not just physical, but also spiritual and eternal—this means that sinners cannot return to God’s presence for eternity. The only thing sinners deserve is God’s wrath and eternal punishment (Matt 25:46).

Yet God does not want death or eternal judgment to come upon His people. “Why would He create us only to destroy us?” reasoned Pastor Kong.

GOD’S LOVE VS HIS WRATH

Pastor Kong debunked a few questions that people commonly asked. Firstly, “If God is so loving, why must He punish the sinner? Why can’t He simply forgive?”

To answer this question, one has to consider the seriousness of sin and the holiness of God. “God’s holiness must necessarily expose sin and oppose it—He cannot come to terms with it!” he said.

If God, the Judge of all the earth, allows sinners to continue doing evil without being punished, then He is not really holy or perfect. God is not righteous unless He inflicts a penalty on those who have sinned. 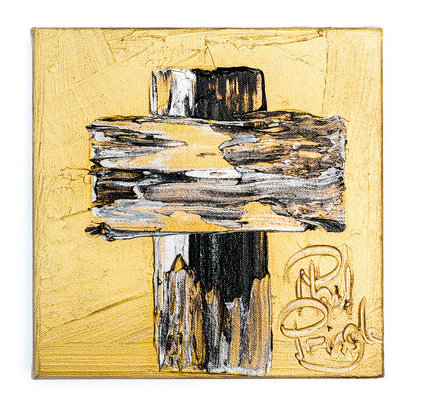 The second question is, “How does the wrath of God square with His love?” Some postulate that God’s wrath belongs in the Old Testament while God showed Himself to be love in the New Testament. Pastor Kong objected to this theory saying that God’s wrath and His love are presented clearly in both Testaments.

“Wrath is the only proper response to evil,” the preacher said. “It would be morally wrong for Him not to show His wrath against sin; without it, God will stop being fully righteous.”

But God’s anger is always righteous, principled and controlled. He is only provoked by evil; His anger contains no personal malice.

The dilemma is, God’s love is a holy love: He yearned for sinners, yet He could not condone their sins. Thus He had to find a way to forgive the sinners righteously; justice still had to be carried out and wrongdoings had to be fully punished.

This leads to the third question, “Can’t He just punish the sinner for a while, and then release him after that?” Pastor Kong explained that God could not do that because the sin that was committed was too grievous. The only way out was to find a substitute to bear the penalty, while sinners received the pardon.

WHAT IT REALLY MEANS TO BEAR THE CROSS
The substitute has to be human because it was Man who had sinned. But no human being qualifies because all of them had sinned. “So God planned to direct the full weight of that wrath upon Himself,” explained Pastor Kong.

Since God, the immortal Being, cannot die, He sent His Son, Jesus Christ to be our Substitute. To His deity, Jesus added humanity. He could get hungry, tired and most of all, He could be tempted. As a human, Jesus could die and take on the full punishment for the sins of mankind.

Pastor Kong went on to explain that Jesus’ struggle at Gethsemane was not the physical pain of the Cross. “The real suffering was way more than the physical pain,” he said. “The horrifying thing Jesus had to face was the spiritual agony of bearing the sins of the world.”

He had to endure the divine judgment which those sins deserved and the absolute abandonment by God. Jesus also had to be at the receiving end when God unleashed His full fury against wickedness.

Reading Psalms 88, Pastor Kong talked about what Jesus went through on the cross. 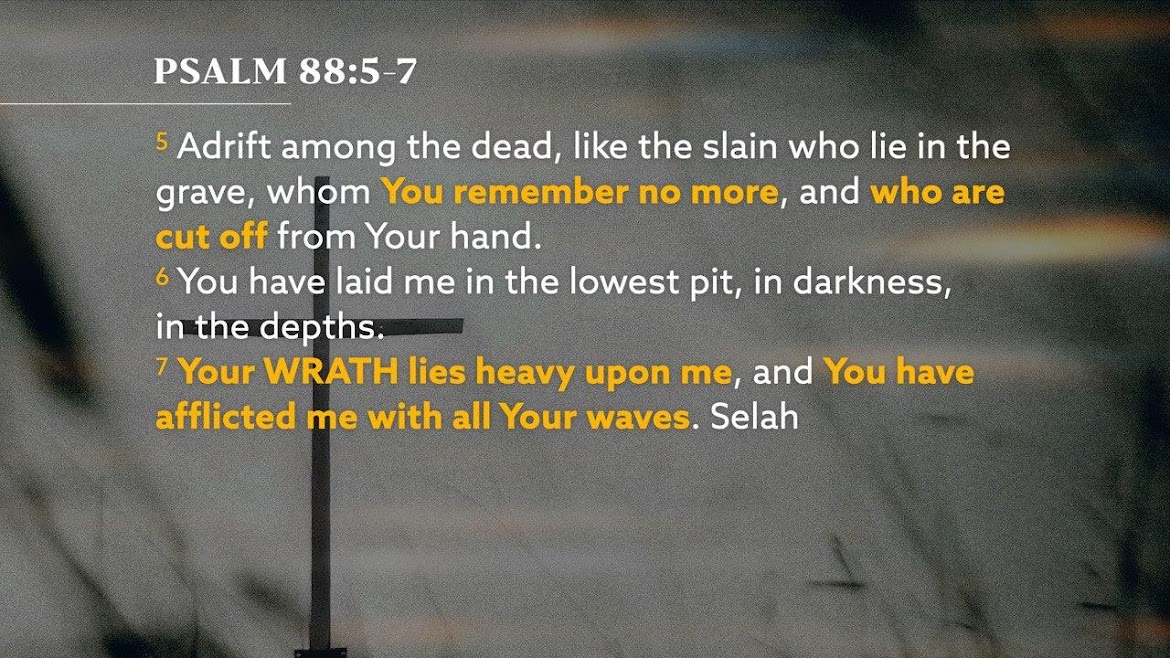 “God’s necessary wrath against sin was poured out in full and righteousness was fulfilled. The debt of sin was paid in full!” he declared. “And the beautiful thing is, whatever is poured out cannot be gathered again. What is spent is finished.”

That is theory of Penal Substitution, which means that Jesus became the substitute for all the sinners, and he bore the penalty of sin.

1. The Cross speaks of propitiation
Propitiation means the appeasement of God’s wrath. Jesus died to satisfy God’s necessary wrath against sin. Romans 3:23-26 noted that since the beginning of time, God had not really dealt with the sins of the wicked. Jesus was thus sent to appease God’s wrath once and for all.

2. The Cross speaks of redemption
Redemption is God releasing His people from the bondage of sin and death. “But to redeem something, you have to pay a random, which is the price of release,” the pastor explained.

Mark 10:45 noted that Jesus “give His life a ransom for many.” The ransom was the death of Jesus Christ. “You must remember it is because our sinfulness is so depraved/grievous that we deserve nothing but judgment,” said Pastor Kong.

Jesus willingly took the sinner’s place and bore the full force of punishment because He loves His people infinitely.

“My brothers and sisters, this is not a cheap deliverance,” the pastor emphasized. “You must never ever feel insignificant or worthless again. You mean so much to God and His Son.”

But justification is a legal declaration, not a moral transformation, explained the pastor. This means that while Christians are no longer liable to be punished, the righteousness is only imputed, not infused or imparted—Jesus’ moral righteousness was not transferred to mankind.

Martin Luther called justification “the principal article of all Christian doctrine”. This means that it is the primary blessing of the gospel, but it is not the highest blessing.

4. The Cross speaks of adoption
Adoption is an even higher blessing than justification. Reading Galatians 4:4-5, Pastor Kong taught that God has adopted Christians into His family, offering them His friendship, and establishing them as His children and heirs. 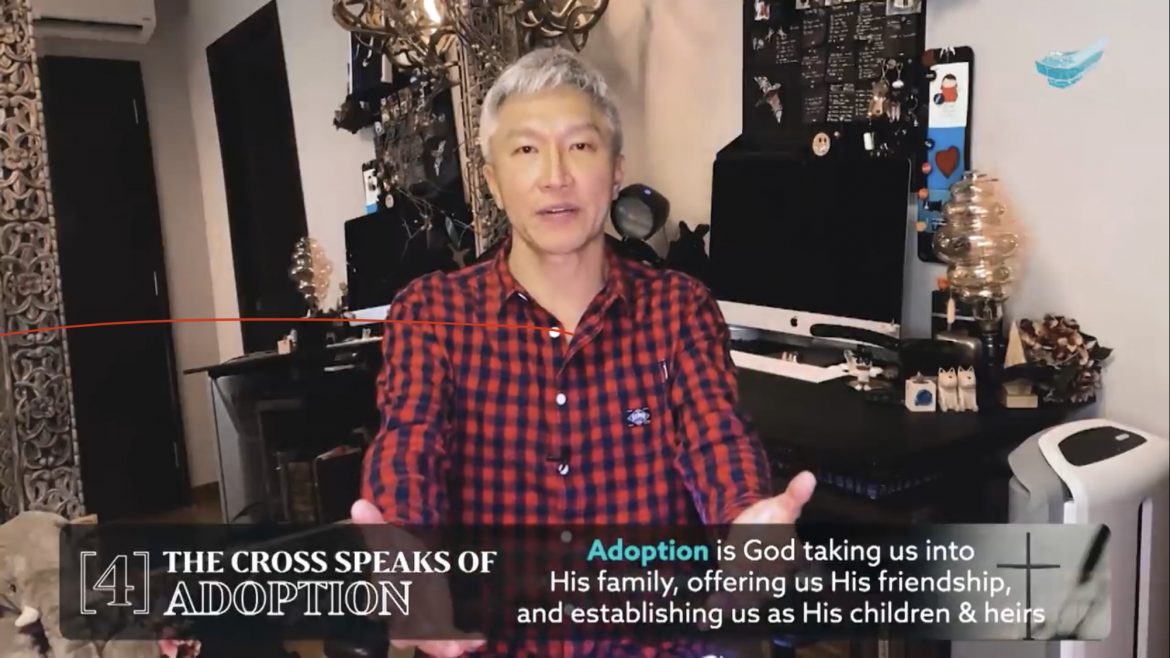 “What is a Christian? A Christian is one who has God as Father. The whole purpose of Jesus coming is to bring us to the Father,” said the pastor.

Pastor Kong brought his sermon reiterating how much every person means to God. “Just like how God loves Jesus, He loves you that much too.”

He ended by giving the members another Bible quiz to participate in. The question is, “In my message today, what are the four things the Cross speaks of? Give a simple definition for each of them”.

Submissions can be made through a form found on City Harvest Church’s Facebook or Instagram page, or through email at quiz@chc.org.sg. The closing date is Apr 8 at 11.59pm. Twenty local winners will be picked to win a “Coffee with Kong” flask. 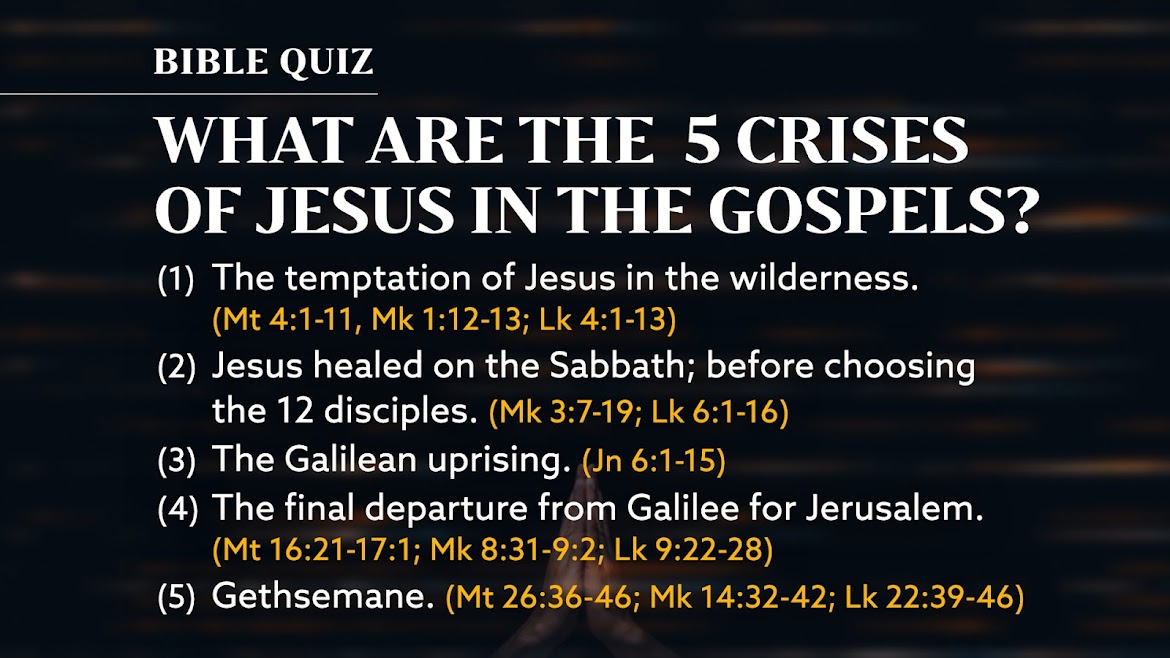