Brew & Bar: The Story Of A God-Given Business

City Harvest members Sarah Tay and Cheney Chua took the plunge and entered the food and beverage business two years ago, and watched as God multiplied the work of their hands. 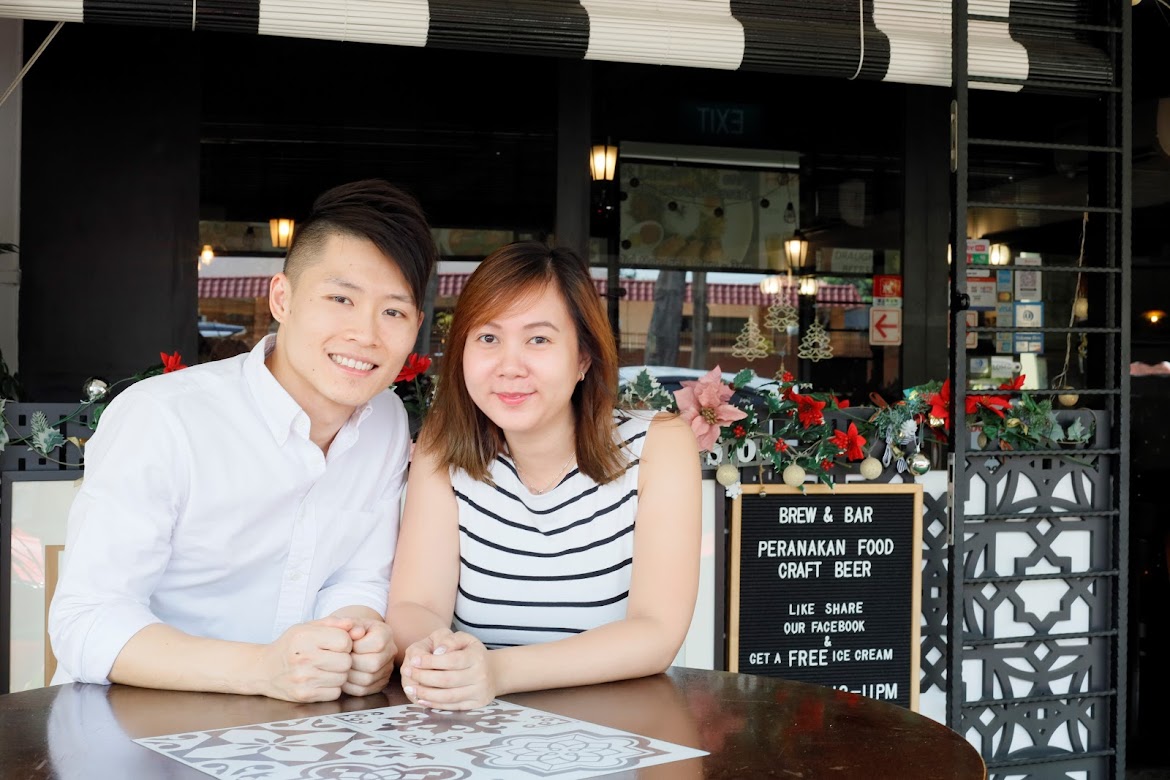 Sarah Tay, 27, is just 27 but already the “lady boss” of Brew & Bar, a Peranakan restaurant located at Jalan Pari Burong in the sleepy neighborhood of Bedok Simpang. Her husband, Cheney Chua, is 29 but looks all of 19. At an age when many of their peers are working nine-to-six jobs and meeting up for drinks and dinner after work, the Chuas are running the restaurant that those peers would come to.

It started out quite accidentally two years ago, when Sarah’s father, who runs One Bistro along the same stretch, found out that the chef of Foo House, the restaurant and pub a few doors down was retiring and the unit was up for rental. He suggested that Sarah take up the unit, since it was already licensed to serve food and alcohol.

“We thought of renting the place with the help of my mother,” explains Sarah. She added that they did not expect to be a full-fledged restaurant serving Peranakan food at the beginning, hence the name Brew & Bar, which doesn’t sound like a typical Nonya restaurant, named after some spice like candlenut or blue ginger.

“We started out as a bar, and we thought it would be a good idea to do a simple brunch of Peranakan food,” explains the couple. “But the food was really popular and people kept coming back and asking for it. So we thought why not make it a restaurant?” 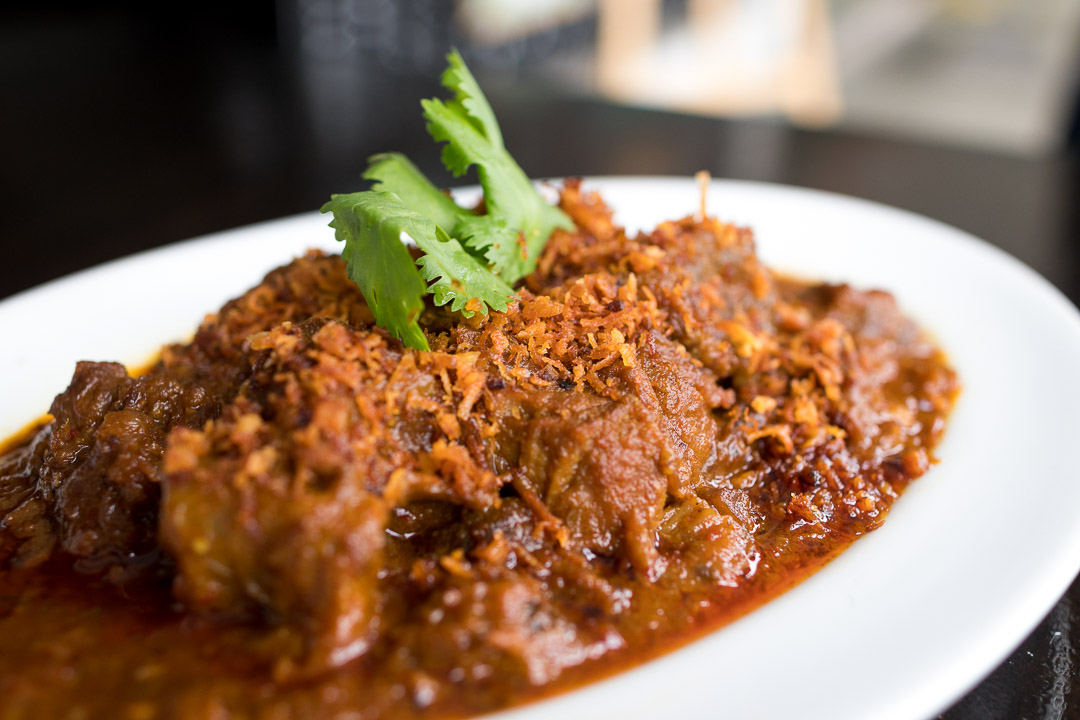 When Sarah says “My mom is a very good cook” it is almost a universal truth—the food at Brew & Bar has won over critics and public alike. Ironically, it’s Sarah’s father who is Peranakan, but her 57-year-old mother has been cooking Nonya food for a long time. Popular food blog Miss Tam Chiak gave the restaurant a good review, saying “I think that the availability of traditional Peranakan food and beer in the same setting will attract the younger generation to give the restaurant a shot. Who knows, maybe Nyonya dishes will be paired with beer or wine in the near future.”

“The writer came and paid for her own food, and she asked if she could take photos; we didn’t even know she was from Miss Tam Chiak,” said Cheney. The couple are surprised and grateful for the positive response that has greeted Brew & Bar. They see it as confirmation from God of a prophecy they received during School of Theology.

A BUSINESS BUILT ON FAITH
In 2017, Cheney and Sarah got married. They decided they would spend their first year of marriage at SOT. “We wanted to start things right,” explained Cheney. Having planned for their wedding and SOT for a number of years, the newlyweds took a step of faith that few would have.

“At SOT, Pastor Gary Heyes gave us a prophecy. He said we would be a couple people know in the natural and in the supernatural,” Sarah recalls.

After SOT, they were trying to work out what step to take next when the restaurant opportunity came. They decided to take the plunge and invested their wedding money into Brew & Bar.

Starting a new business stretches not only the pocket, but also time. “We’re from Pastor [Tan] Yah Lan’s zone, and our cell group encouraged us to step out in faith,” says Sarah. “They knew our schedule would be busy, so once a month they would hold cell group on Saturday to accommodate us.” 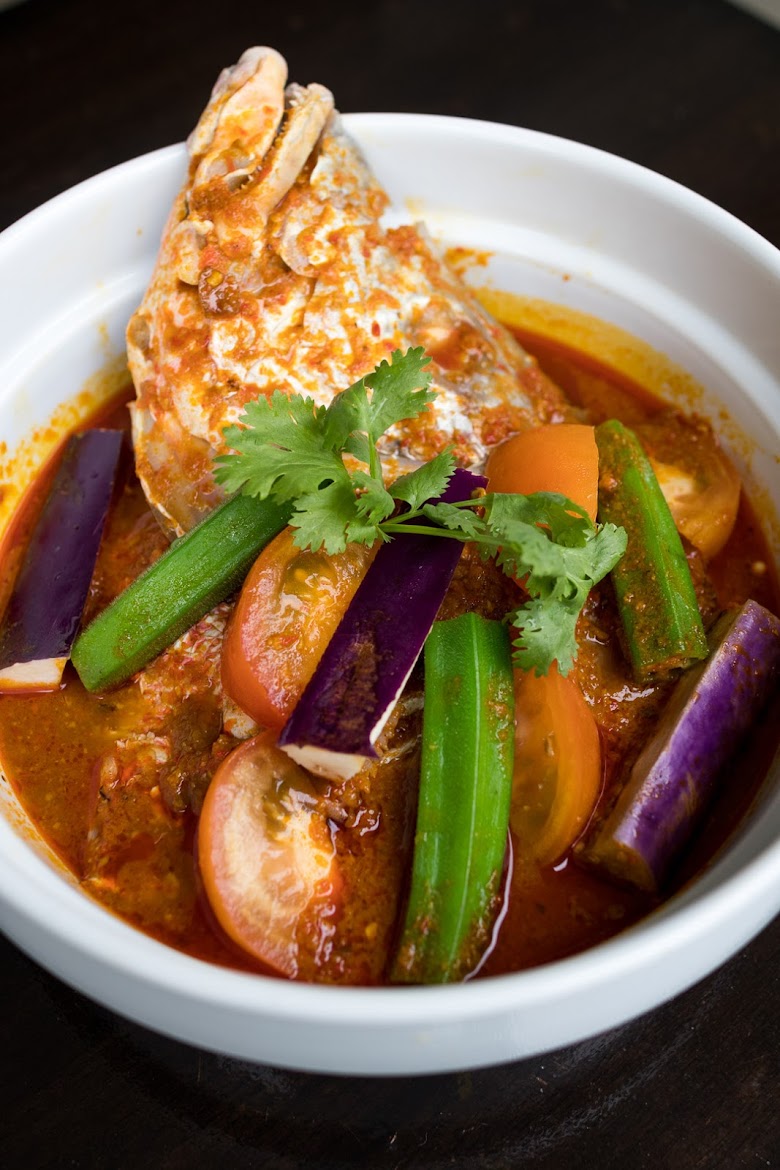 At the start, the Chuas faced the challenges any brave new start-up does, but Sarah and Cheney experienced a spiritual dimension to these difficulties.

“The working hours were draining us,” she remembers. “We would have disagreements now and then, because it was our first time working together. But we also experienced spiritual warfare at the start: there was a lot of strange tension, and the stove suddenly blew up one day—thank God for His protection! Pastor Yah Lan came to dedicate Brew & Bar to the Lord, and all the disturbances stopped.”

The going was tough, particularly as F&B businesses require long hours and many pairs of hands, and Cheney, who was previously in logistics, and Sarah, who was an accountant, were new to business. “At the start we had to do everything,” says Cheney. “Cooking, service, marketing… we weren’t used to the long working hours, and now we couldn’t go out in the evenings.” The couple, however, bravely decided to close Brew & Bar on Sundays in honor of God. Sundays are a prime business day for most restaurants.

“Sunday is Sabbath,” says Sarah. “People have been asking us to open for dinner on Sunday evenings, but that’s not resting.”

The couple spend their Sundays attending service at CHC, where they also make time to serve: Sarah in the Barista Ministry, and Cheney in Security. Though they don’t have much time for cell group, the couple has committed to praying together every day before they start their work day. “We feel more energized and at ease, peaceful throughout the day,” she adds. 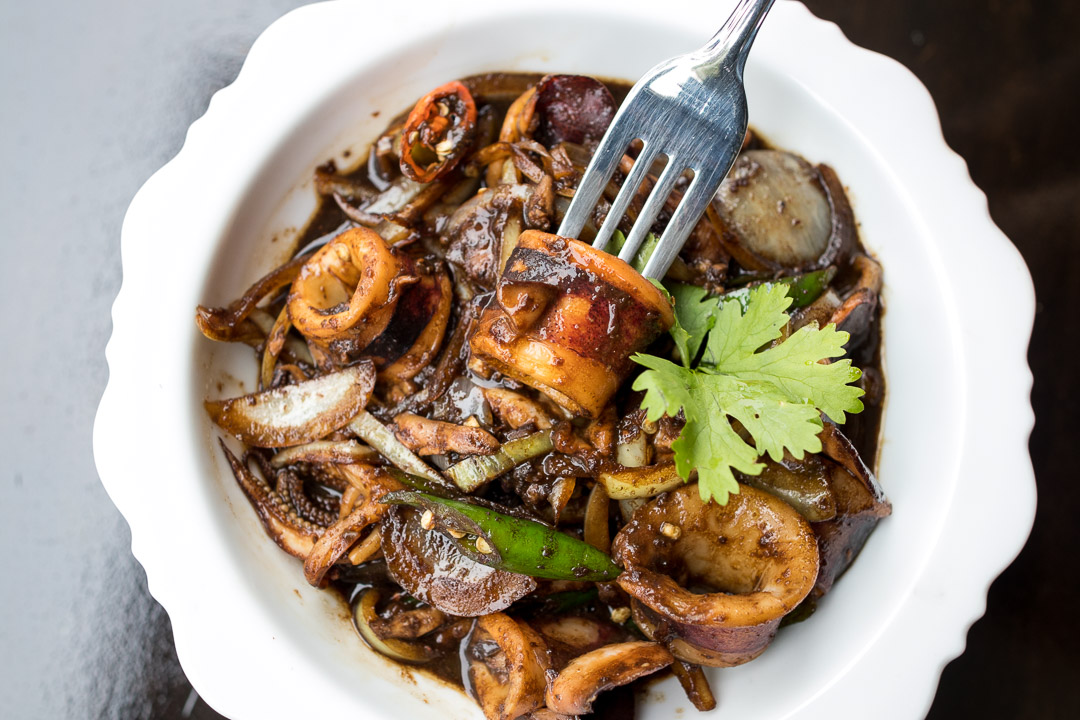 One of the Chuas’ anchor verses is Matthew 6:33—”But seek first the Kingdom of God and His righteousness and all this shall be added unto you.” “We continue to tithe throughout this time—even when we were not making money we made the decision to tithe faithfully,” says Sarah. “That’s how we started seeing the miracles, the financial blessings.”

Soon after their launch, favor and blessings began to pour in.  Without any advertisement, Brew & Bar have been seeing packed crowds especially on Saturdays, and even weekdays during dinner. “God has really brought us through,”says Cheney. “He would bring people here constantly, and more and more people, just through word of mouth.”

During the recent year-end period, Brew & Bar was the venue for many thanksgiving gatherings and birthday celebrations, and they have started holding buffet events for special occasions too.

“A lot of customers who come are Christians,” notes Sarah. “Many of them would speak words of blessing over us, some even prophesy over us. There was a lady from another church who gave me a verse that is also our anchor verse for Brew & Bar—Psalm 1:3 ‘That person is like a tree planted by streams of water, which yields its fruit in season and whose leaf does not wither—whatever they do prospers.'”

The business, now just over two years old, is turning over a healthy profit.

BREW & BAR’S BESTSELLERS
Cheney is understudying his mother-in-law in the kitchen. They have one more cook. Table service is done by Sarah and her mother-in-law, who comes to help out after her full time job. The restaurant has won the rare approval of other Peranakans. Crowd favorites are their Nonya Assam Pedas, Beef Rendang, Otak Otak, Chap Chye, Ayam Buah Keluak, and one dish rarely found anywhere else: Sotong Masak Hitam. The rice served is Blue Pea rice. They even have drinks like Iced Lavender Tea, along with Brewerkz beer on tap and other interesting bottled beers and ciders.

“We receive feedback from customers, and we’ll try to implement changes if we can,” explains Cheney. “For example, Aunty Shirley [Yeo, who manages the Nursery Ministry at CHC] suggested we try adding some spices, and we did. Customers often give the best feedback.”

Cheney even gets to create new menu items, such as their Truffle Buah Keluak Fried Rice.

The Chuas’ next adventure will be parenthood: they are expecting their first child this March. Brew & Bar continues to grow and thrive, and it has become a family venue where fellowship and love flow.

From simple beginnings to a successful, yet sanctified food business, Sarah and Cheney give glory to God for all He has done: ‘This restaurant is really God’s gift.”