Deal With The Issues Of The Heart: Aries Zulkarnain

In his sermon this past weekend, Pastor Aries Zulkarnain preached a direct message about the importance of dealing with one’s own heart and character, because those issues do not go away with anointing. 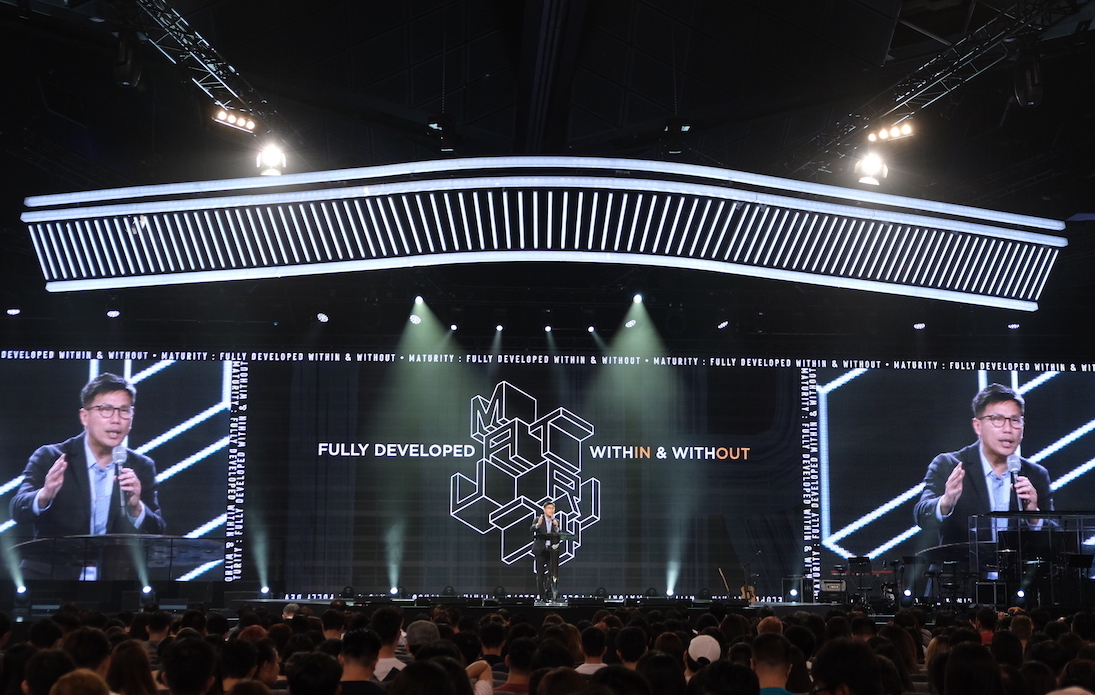 Picking up from his previous sermon on the importance of having balance in the Christian life, City Harvest Church’s executive pastor Aries Zulkarnain preached this past weekend (Nov 16 and 17) on another key aspect of spiritual maturity.

Pastor Aries pointed out that maturity is being “fully developed within and without”, as Ephesians 4:13 spells out, and becoming more and more like Jesus Christ.

What’s on the outside—success, good grooming—is important, but God also wants his people to develop inner character. In 1 Samuel 16:7, God told Samuel that men and women look at the face, but God looks at the state of the heart.

“To Jesus, intention is more important than just demonstration,” declared Pastor Aries. “When you are serving God, looks aren’t everything.”

An individual who seeks to develop in his calling should remember that it is important to “guard the heart with all diligence” (Prov 4:23). For example, individuals who are strong in evangelism, or outreach, should also have a strong “in-reach”; they must develop their heart and character.

The late Rev Dr Edwin Louis Cole told a story in his book Real Man, about a man who struggled with sexual immorality and lust. The man asked Dr Cole to cast the spirit of adultery out of him, as he claimed that he was unable to stay faithful in his marriage.

Dr Cole’s reply was, “You cannot cast out a spirit when the problem is your flesh that needs to be crucified.”

“Don’t always blame the devil as an excuse for your lack of character,” Pastor Aries said. When individuals bypass the real condition of their hearts and emphasize their outward behavior, they put up a front using spirituality or anointing to conceal their heart issues.

Because society measures success using behavior and performance rather than the heart, people are unconsciously trained to focus on how they behave on the outside. Many become good at putting up a front. “But the real you is the condition of your heart,” pointed out Pastor Aries.

THE TRAGIC TALE OF AHITOPHEL
Pastor Aries brought the congregation to the little-told story of Ahithophel, one of King David’s most trusted counselors who rebelled against him by siding with his son, Absalom. This move caused King David to flee from his own palace. 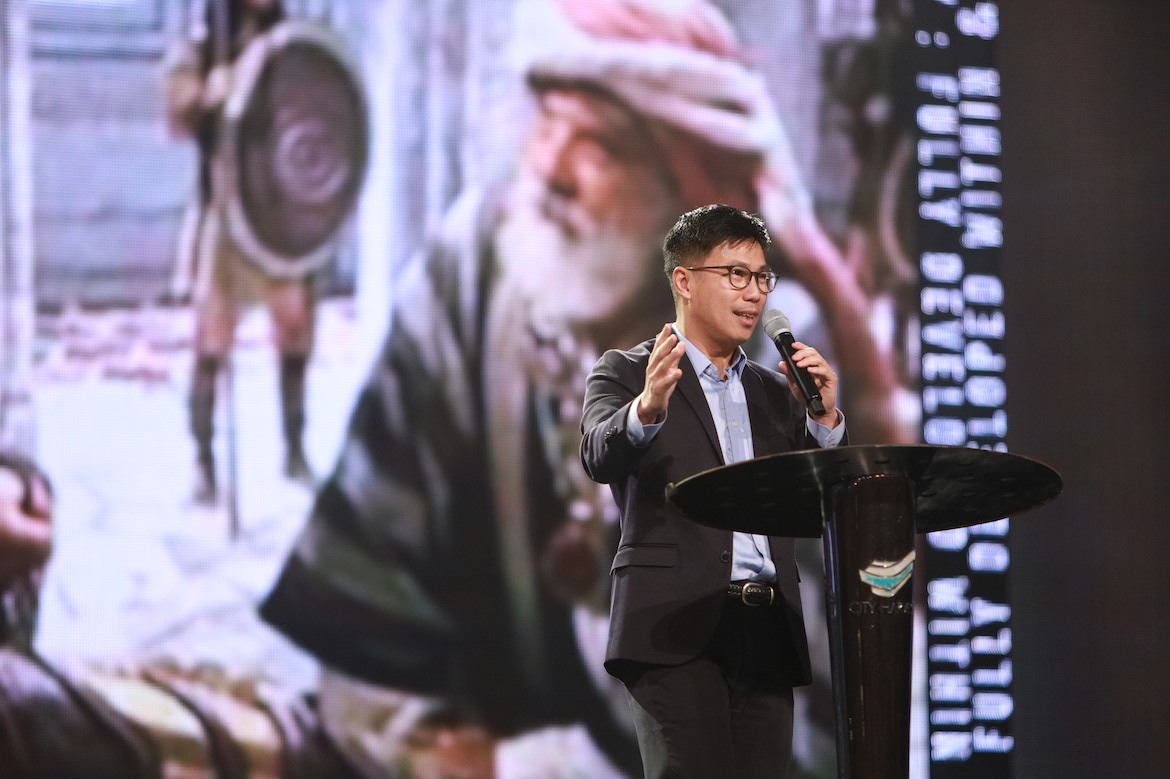 Ahithophel was a great man of God. 2 Samuel 16:23 records that his advice had always been like God’s advice to David. When David found out that Ahithophel was among the conspirators with Absalom, he prayed for God to turn Ahitophel’s counsel into foolishness (2 Samuel 15:31). Then he sent Hushai to frustrate Ahitophel’s advice for Absalom.

In 2 Samuel 17, Absalom and all the men of Israel rejected the advice of Ahithophel, instead heeding the advice of Hushai. Ahitophel had told Absalom to go after his father and attack him while he was vulnerable, but Hushai told Absalom that the advice was not good. He appealed to Absalom’s fear: he told him that David being a more experienced fighter would have anticipated his attack and easily countered it. He went on to advise that Absalom gather people to himself and personally lead the attack, appealing to his vanity. (2 Sam 17:1-14)

When he found out that his advice was not heeded, Ahithophel went back to his hometown, settled his affairs and then, hanged himself.

YOU CANNOT SUBSTITUTE WISDOM WITH PROPHETIC
Ahitophel realized that Absalom was a fool and his judgment had been clouded. Pastor Aries explained that when one’s heart is not right, his or her judgment will be impaired, leading to wrong decisions. 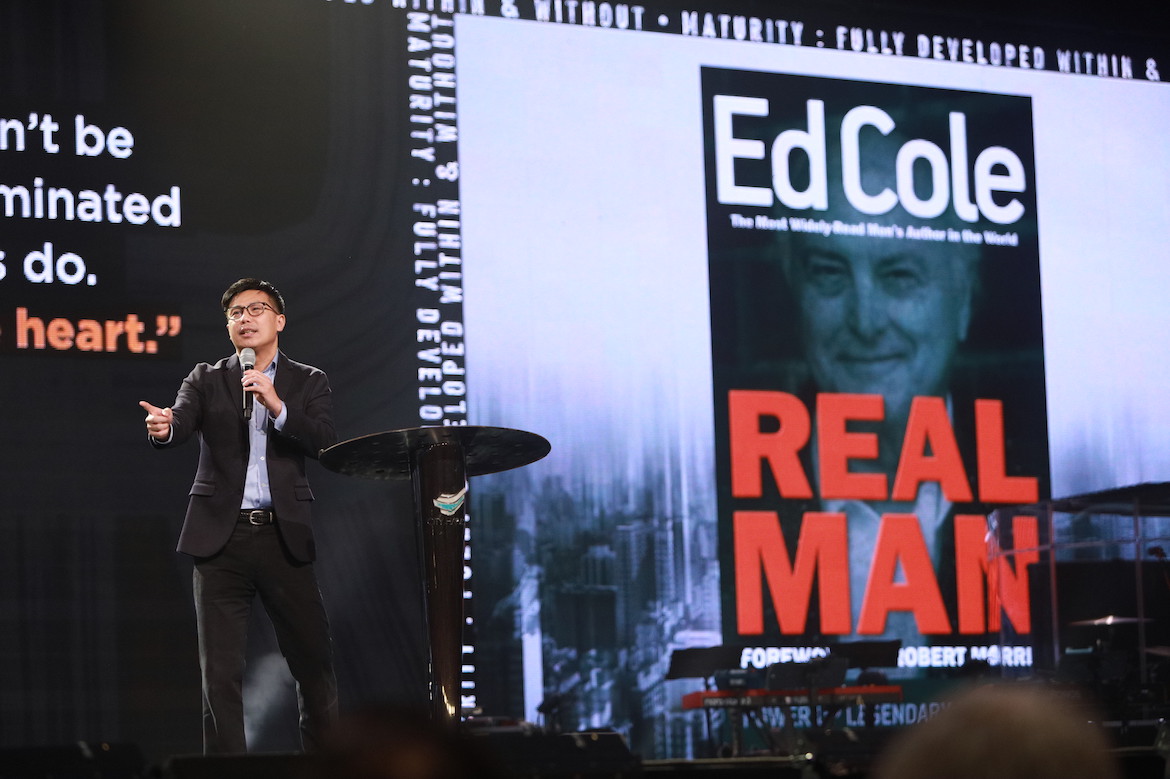 The pastor went on to point out that, just like Absalom, there are also anointed businessmen who get scammed in moments of vulnerability. Likewise, there are Christians who make wrong decisions in moments of impulse or impatience.

“As much as the anointing and the prophetic is important, wisdom and understanding is also important,” preached Pastor Aries. In God, even though bad decisions can be turned around for good, there will still be consequences. When God forgives a person for his or her mistakes, he will also provide the grace to go through these consequences.

A relationship process also has different stages: introduction, acquaintanceship, friendship, fellowship and intimacy. However, said the pastor, many young people want to go into intimacy right after introduction.

“God works in order, and sex before marriage is out of order,” preached Pastor Aries. “Too much too soon, and one will be objectified instead of valued.”

A process in place, coupled with wisdom, will allow a person to make better decisions and not be easily swayed.

Absalom thought that victory was guaranteed by having a prophet by his side. However, he forgot that he was still young and inexperienced, and in his foolishness, he bypassed wisdom and made a wrong decision which ultimately brought him to death.

DO NOT USE SPIRITUALITY TO COVER UP THE ISSUES OF THE HEART
“Why would a great prophet choose to commit suicide?” Pastor Aries asked the congregation.

Ahithophel was David’s close confidante. He was the only one who knew when David committed adultery with Bathsheba (2 Samuel 11:3; 2 Samuel 23:34). The truth was, Ahitophel was Bathsheba’s grandfather. Pastor Aries postulated that Ahitophel held bitterness in his heart against David for what he did.

When Ahithophel saw that King David—a leader he loved and admired—had sinned against him and his whole family, he was disappointed and furious, slowly letting bitterness into his heart. The seeds of betrayal, anger and bitterness started to fester. Years later, this became his motivation to turn on David and join Absalom in plotting to kill David.

Even after God had already dealt with David, Ahithophel carried his personal grudge for many years and could not let it go. To him, Pastor Aries suggested, God’s dealing was not enough to justify David’s sin, and he wanted to judge David himself.

“All these years following David, Ahitophel had been using his spirituality to cover up his bitterness. He made himself spiritually busy, masking his disappointment and resentment towards his leader,” described Pastor Aries.

And yet, all his busyness did not heal Ahithophel of resentment or bitterness. In fact, it may have made things worse because King David’s success was a mockery to his hurt and disappointment.

“There is always a purpose behind your pain,” said Pastor Aries. “But in Ahithophel’s case, his pain had become his purpose.”

When Ahithophel realised that David would emerge victorious over Absalom, he knew that he had missed his one and only chance to see David destroyed. There was no more future for him; he did not see a point in living anymore. 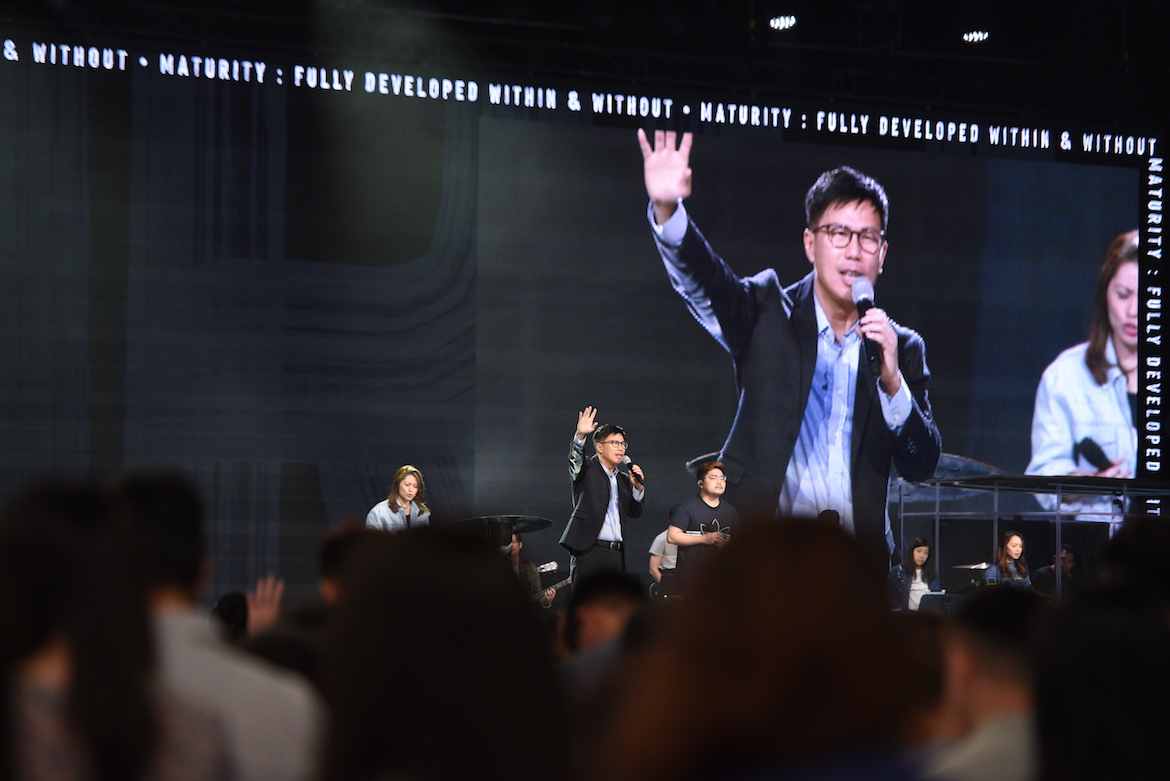 “When we bypass the real condition of our hearts and instead, place more emphasis on our behavior or performance, we put up a front using spirituality or anointing to conceal our heart issues,” reminded Pastor Aries. While individuals may become more anointed, it does not mean that their issues will automatically disappear under the anointing.

“Heart issues must be dealt with forgiveness and must be released to Jesus,” he encouraged the audience.

Pastor Aries ended the service by leading the congregation through a prayer to stop neglecting the real issues of their hearts, and to release all their resentment and hurts to Jesus Christ.