A Season To Stay, Rest, Excel

It was multiple services again last weekend at City Harvest Church. Our team brings you reports of the messages delivered by three preachers. 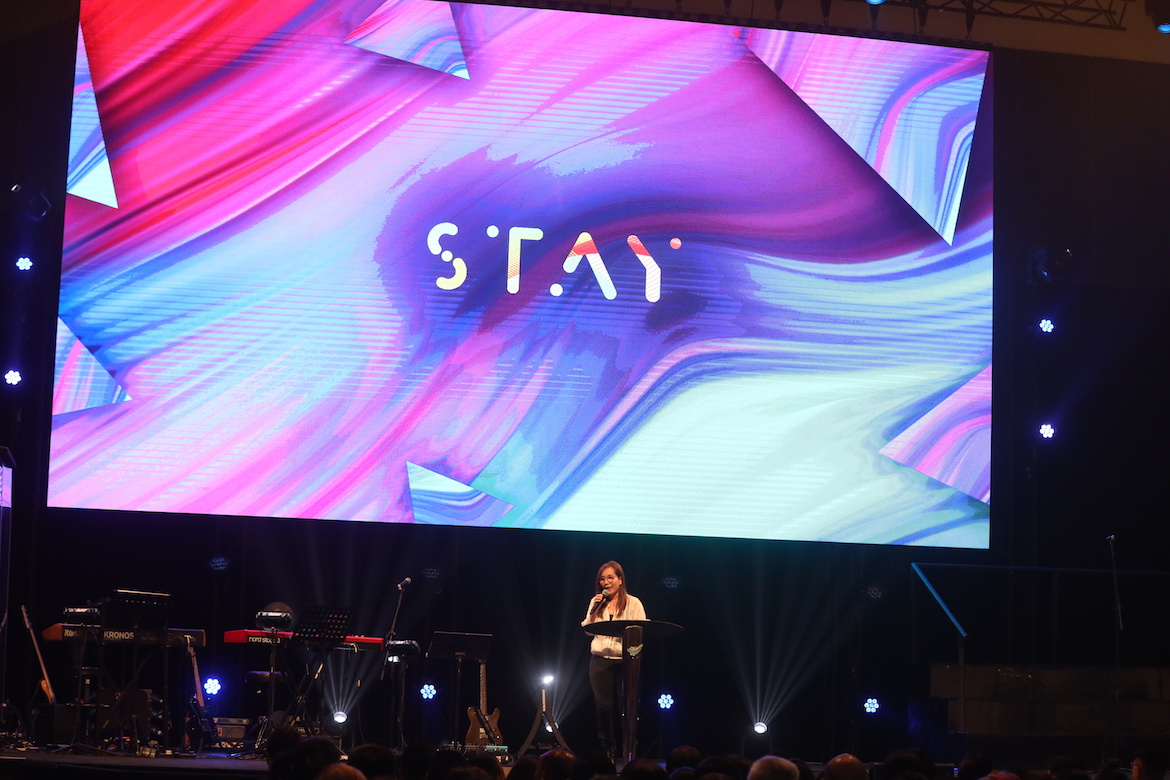 THE POWER OF STAYING

In her message on the weekend, Pastor Audrey Ng issued a rallying call for the congregation to stay—stay in fellowship, stay faithful and stay fruitful—while waiting for God to bring them into a new season.

She noted that people tended to associate “staying” with passiveness or procrastination.

“But if we see the word ‘stay’ as the power to and the activation of the will to wait through a process in order to see the new, then it has the ability to carry us through whatever season we are in while waiting for the new season to come,” she preached.

There is great blessing in staying in the place that God wants His people to be, said Pastor Audrey, pointing to Jeremiah 42:10. She challenged them to “stay” in three areas.

Believers are “called into the fellowship of His Son, Jesus Christ our Lord” (1 Corinthians 1:9), but many Christians may refuse to walk in fellowship due to bitterness, sinful behaviors or prideful attitudes. However, it is clear in the Word that out of a place of fellowship with God and one another, the Holy Spirit brings forth spiritual birth (Acts 2:46-47), and people are brought into the fullness of joy (1 John 1:4).

Two, stay faithful. Noah’s life of 950 years exemplified obedience, and is seen as a model of patience, persistence and unwavering faithfulness to God in the face of a faithless society. With no sign of rain and “newness” in sight, Noah stayed faithful to God’s command build the ark—it took him 120 years on completely dry land.

Quoting Hebrews 11:7, Pastor Audrey said that Noah’s story taught believers the need to stay faithful, for his greatest accomplishment was not in building the ark, but in his faithful commitment to obeying and walking with God all the days of his life. 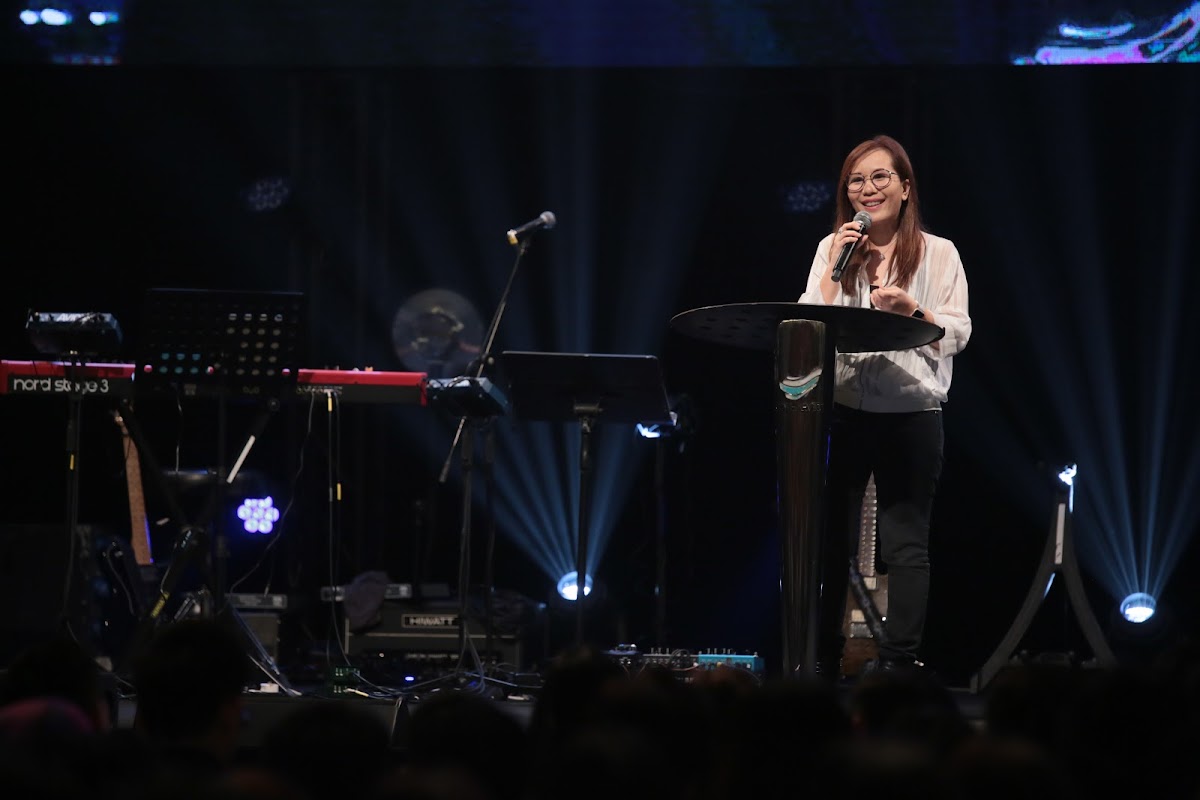 “God has never failed a faithful heart, and as long as we stay focused on God, God will never fail us.” Pastor Audrey emphasised that obedience must be lived out over a lifetime of faithful commitment, not just a moment.

Three, stay fruitful. Pastor Audrey shared that Saul did not become the great Apostle Paul overnight. It was 14 years after his supernatural encounter with the Lord that God launched his ministry. While waiting, he worked hard and bore the fruits of salvation, winning the lost and adding souls to the Kingdom.

CHC member, Josephine Teo, shared her testimony about leading a cell group again after a 12-year hiatus to care for her children. At a service this year, she was reminded of when she first answered the call in 1993 to serve in full-time ministry. Following that, during a zone worship night, the words “return to Me” kept ringing in her head. She responded to God’s call for this new season of her life, and started leading a cell group again in June this year, trusting God to enable her to do what He has called her to do.

Building on the testimony, Pastor Audrey shared that Josephine fulfilled the three things that believers were called to do in Acts 1:4-8, that is, stay in fellowship, stay faithful, and stay fruitful. To “stay” is really to stay actively doing something till results are yielded.

In closing, the pastor shared a verse that she has been hanging on to during her daily quiet time, Psalm 126:1-6 (MSG). As City Harvest Church waits for God to “do it again”, she urged the congregation to stay in fellowship, faithfulness, and fruitfulness.

At Pastor Edmund Tay’s service, the people experienced a live example of receiving a miracle from God out of resting in Him. 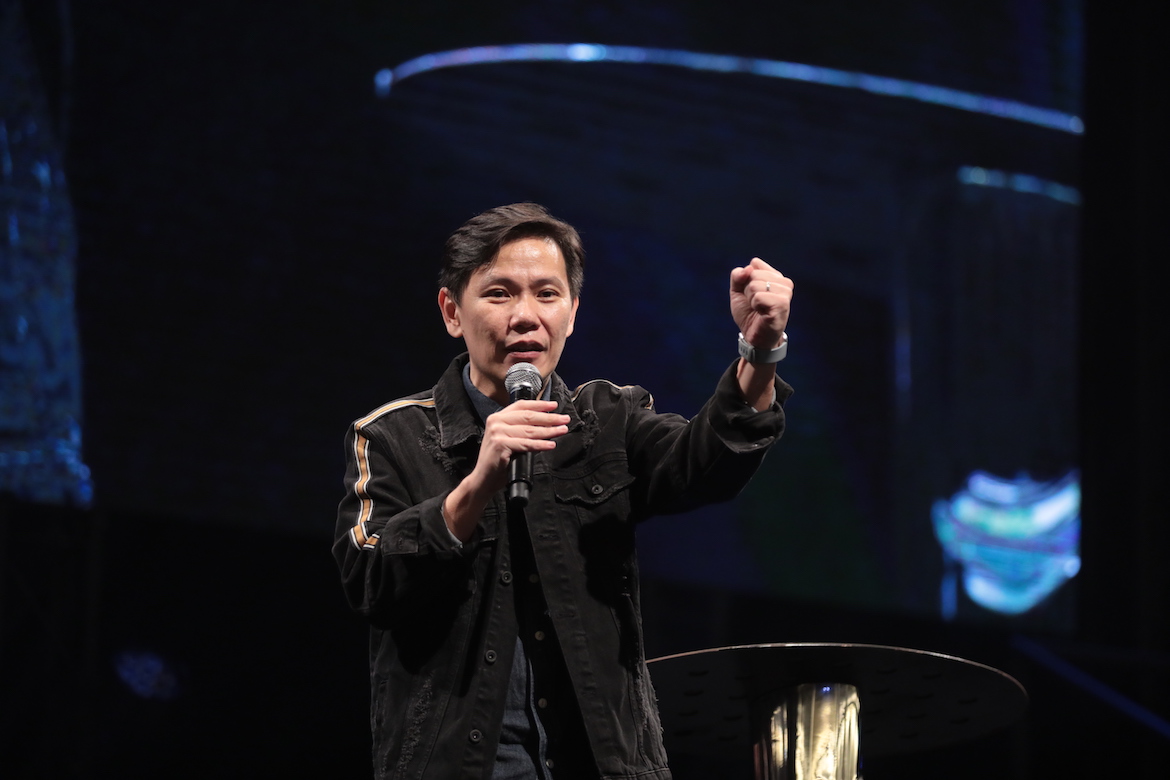 He began by explaining, out of Matthew 11:28-30, what the yoke symbolized: work and teaching. Yokes were placed on oxen to pull heavy loads, but the other Hebrew symbolism was the Rabbi’s yoke which represents his teaching; to be a rabbi’s disciple, one must be willing to take on and follow fully that rabbi’s interpretation of the law. When Jesus said to take His yoke, He was telling the people to follow and adopt His interpretation of the Bible. When Christians follow it, there they will find rest.

Walking in the rest of God means not having sleepless nights, not having to worry about what has been done or what can be done better. It is having the simple faith to believe that if God takes care of all the lilies in the field, He will take care of His people as well.

More often than not, Christians have prayed for healing but not experience it. Hence, they struggle to keep believing in healing. But the pastor encouraged the people, saying, “We all struggle with believing at some point in life.”

He gave the example of Reinhard Bonnke who was once asked by his disciple Daniel Colander, if he had prayed for nine people but none were healed, what would he do with the tenth person. Bonnke replied that he would pray with the same faith because “my experience does not change the word of God”.

“The Christian walk that we live in is an invitation to believe in the supernatural,” Pastor Edmund continued. From the Bible, it can be seen that when they brought the sick, all were healed. Similarly, when the lepers asked if He was willing to heal them, Jesus answered that He was willing.

The preacher then invited those who were experiencing neck or shoulder pains to stand and got the congregation to pray for their healing. He encouraged those who were being prayed for to see the Word and receive it into their hearts that they will be healed. 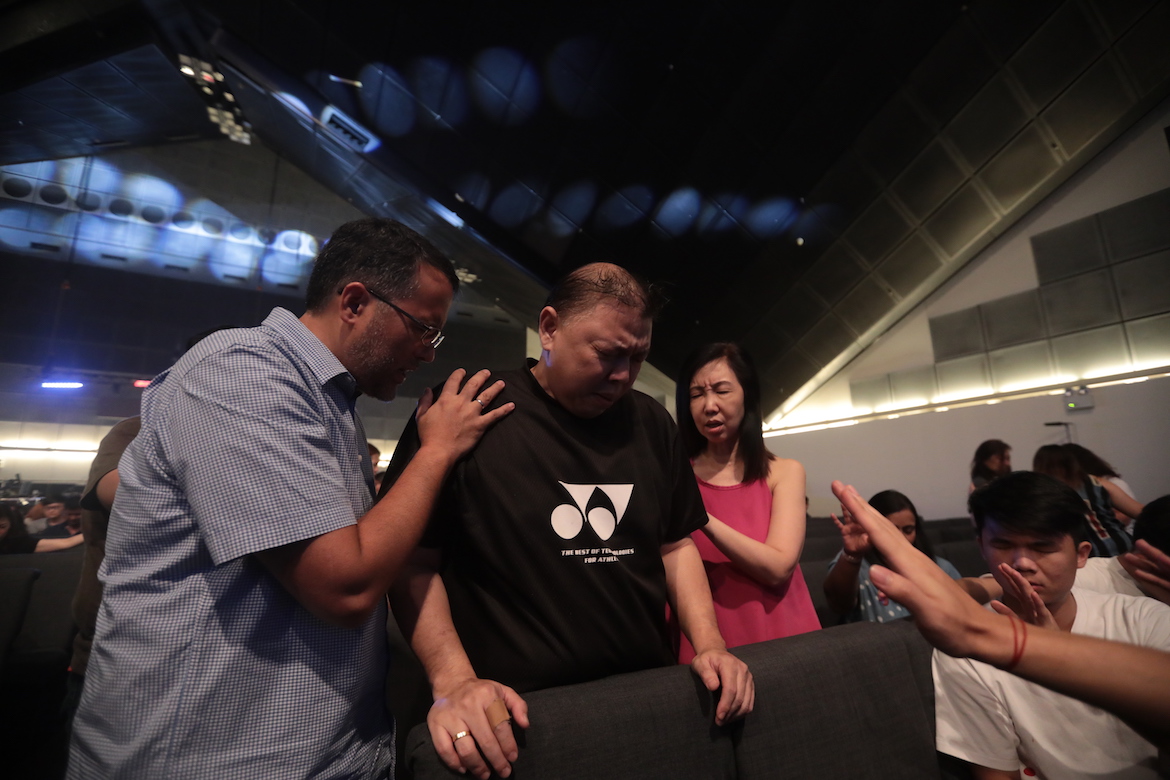 “Begin to move your neck and arms as the people pray,” he instructed. “As we work the miracle, God will begin working in the body.” During the service, two people received their healing.

“We must come to a place to have faith, to trust and declare God’s promises over our lives. We need to activate faith,” he told the congregation. Hebrews 4:11 (TPT) speaks of “experiencing a faith-rest life”. “Experience” is something one can sense and feel.  To nurture one’s faith, Christians need to spend time in His presence and to worship Him (Exodus 33:13-14 NKJV). One’s relationship with God must be built by spending time in His presence—that presence is what gives believers the rest they need.

“Step into a different realm and experience His presence and peace,” encouraged Pastor Edmund in closing.

In the day-to-day life of a believer, one ought to perform everyday tasks with a spirit of excellence. This is what differentiates a believer from any other person, when whatever that is done, is done with excellence.

This lay in the heart of Pastor Zhuang’s message to the Emerge congregation of young people aged 13 to 25. The anchor verse for Emerge this year is Luke 2:52, which reads, “And Jesus grew in wisdom and stature, and in favor with God and man.” For a believer to be a positive influence to the people around him, he must bear a good testimony, the pastor pointed out, using the example of the prophet Daniel who lived a life of excellence, an honorable life in service to God.

To be a follower of Christ, one must be excellent and not sloppy. Pastor Zhuang pointed out that as an ambassador of Christ, one has to take pride in what he does and be serious in the way something is done; not with half-heartedness but with sincerity. “Do something and do it well; don’t compare yourself with others but give your best shot at everything you do,” he added.

He demonstrated three ways in which Daniel was excellent.

First, Daniel excelled at practical living. When the King of Babylon ordered his court official to bring three young noble Hebrew men, Daniel made the grade. Daniel 1:3-4 describes them as “Young men without any physical defect, handsome, showing aptitude for every kind of learning, well informed, quick to understand, and qualified to serve in the king’s palace. He was to teach them the language and literature of the Babylonians.” Pastor Zhuang explained that Daniel knew how to look after himself and keep himself well-groomed. His efforts made the king look good. Pastor Zhuang added, “there are no good-looking or ugly people; there are only hardworking and lazy people.”

Second, Daniel excelled at discipline. Ephesians 5:15-16 reads, “Be very careful, then, how you live—not as unwise but as wise, making the most of every opportunity, because the days are evil.” Daniel wanted to live a life that honored God, so he never relaxed and compromised on an area of his life he had to improve. Pastor Zhuang explained, “If one compromises on one area in their life, this means they may compromise on other areas too. If you break a window in your house and do not fix it, soon, all the other windows will be broken, and your house will be a disaster. Disorder invites more disorder.”

Finally, Daniel was excellent in character. In Daniel 6:2-4, Daniel was described as a man who was neither corrupt nor negligent. He was so distinguished among his peers that the king gave him great power. He was exemplary in character because he didn’t want the king to suffer loss. Pastor Zhuang encouraged the audience to be just like Daniel: “We as believers ought to be excellent in character so that we will not bring shame to God’s name by the way we live our lives.”

But in all of that, Daniel could not achieve what he did by his own strength. He only came far through the grace of God and serving from an outpouring of God’s strength his life.

When a believer is excellent in the way he lives, God is revealed. This is how one grows in influence, through their testimony of God. Daniel had a great testimony, but the ultimate example of a man favored by men because of His excellence was Jesus Himself.