Fun And Games At The Dialect Harvest Carnival

Fun awaited the elderly participants, as well as the young volunteers, at the recent Dialect Harvest Carnival.

The main auditorium at City Harvest Church’s Jurong West building was decorated with colorful banners and balloons. It was packed with people, young and old, bustling around in excitement. 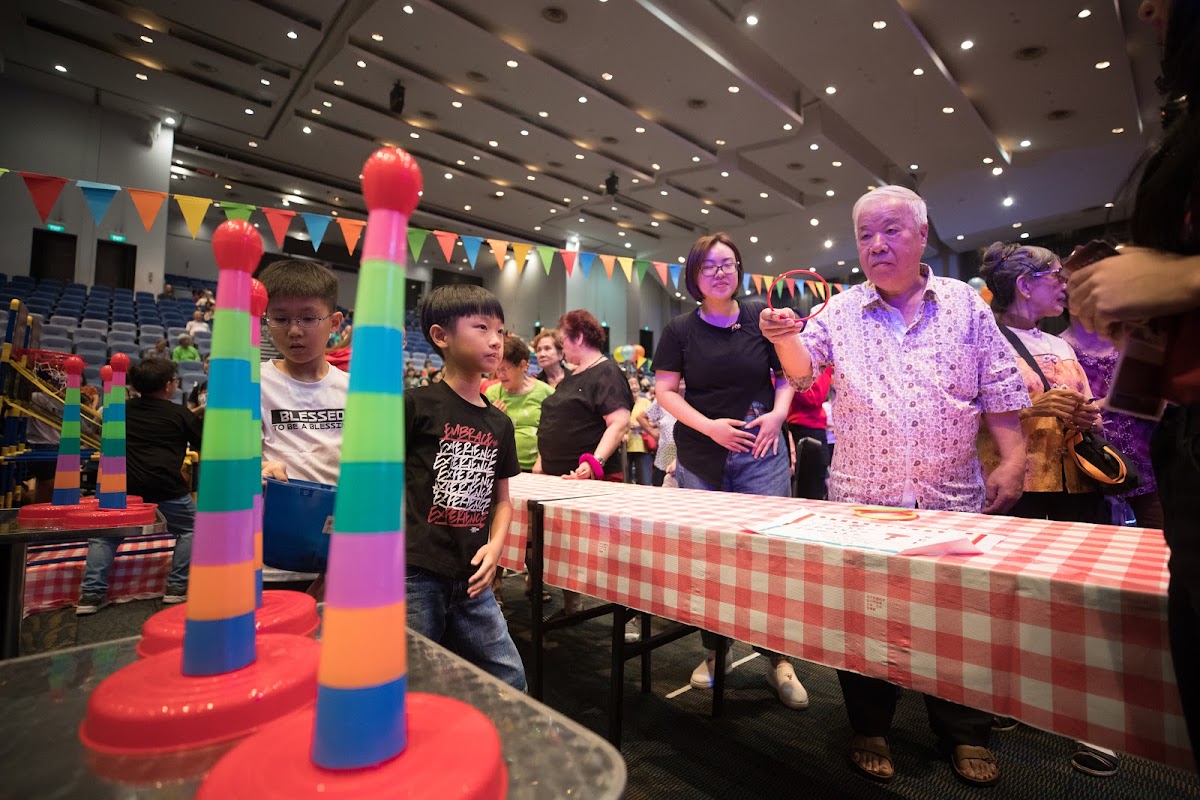 Such was the scene on Jul 28 at the Dialect Harvest Carnival organized by the church’s Dialect Service. This ministry, which began in 1996 with visitations to the destitute and the elderly, reaches out to local Cantonese and Hokkien-speaking communities, in particular, senior citizens. Services are conducted in Cantonese and Hokkien,  every Sunday from 4 to 6 pm at the church’s Jurong West premise.

Games at the carnival included basketball, ping pong, fishing and darts. The games were modified in creative ways so that the elderly and young children could both participate and enjoy them. Reward cards could also be won at the game booths and used to redeem attractive prizes.

“My favorite game was the spinning wheel,” said Chen Pi Er, 77. “It was a very easy game for me to play. I simply had to spin the wheel, and I managed to redeem an umbrella and a pouch with my reward cards!”

Chai Fong, 77, enjoyed the basketball booth. “The game was challenging but fun. I wanted to play it over and over again, but I was worried that I would end up hogging the booth,” she laughed, adding, “This event has been very enjoyable for me. It would be nice if the Dialect Ministry could organize more events like this in the future.”

More than just being used to redeem attractive prizes, the reward cards were also a creative way of helping participants learn the Word of God. Bible verses were printed on the cards in both English and Chinese. The cards were attractively designed so that they could be used as bookmarks or be passed on to others as a word of encouragement and blessing.

One of the attractions was the fishing booth. A mini inflatable pool had been set up on the floor area. People could scoop up fish from the pool and bring them home. Another popular one was the photo booth, where people could take photos to remember the fun they had experienced with their family and friends. Many of the elderly could be seen surrounding the props table, carefully selecting and putting on colorful wigs, hair accessories and other fun props.

Aside from the games booths, singing and cooking competitions were also held during the carnival. The participants put in maximum effort to prepare themselves. Decked out in their Sunday best, they boldly stepped up onto the main stage to sing familiar Hokkien and Cantonese classics. Near the main stage, a small crowd of curious people gathered around a table where participants of the cooking competition prepared sumptuous-looking dishes for the judges. 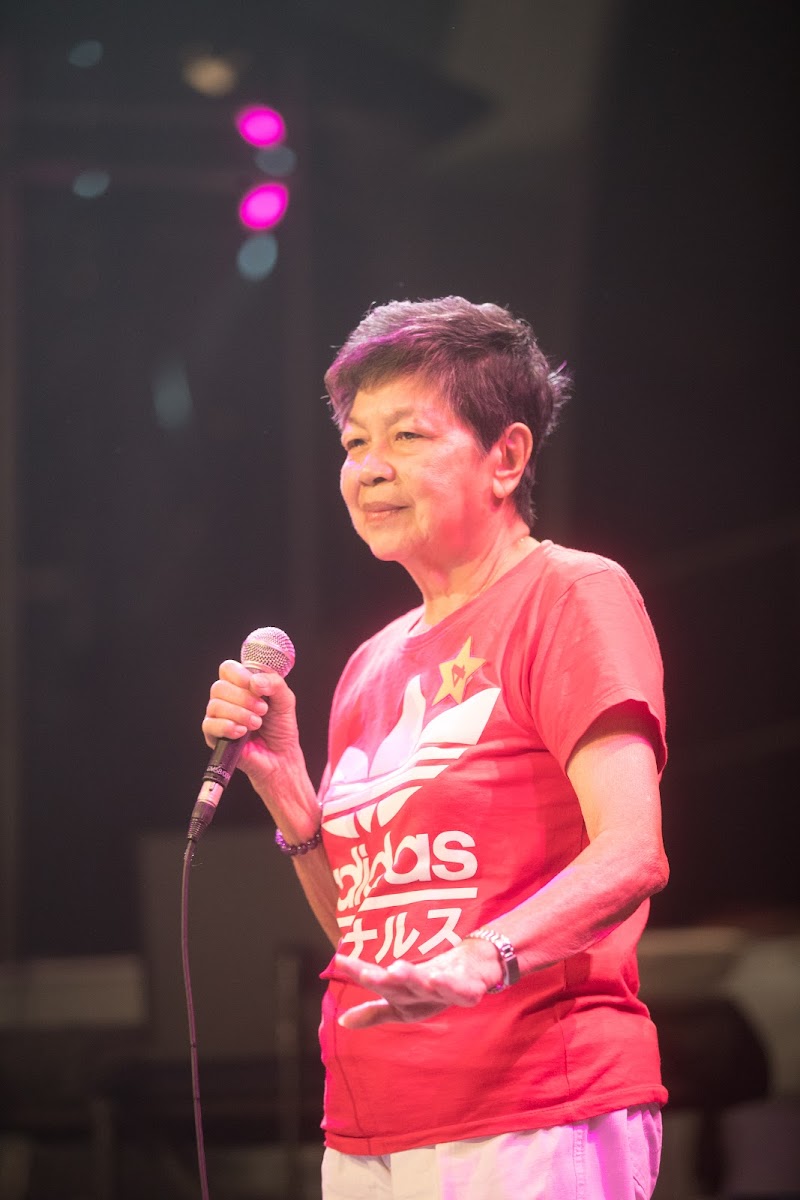 The carnival was not only attended by elderly members but also the young. More than 20 children from Harvest Kidz’s Camp Cayo helped out at the carnival. Besides serving at the refreshment counter and game stalls, they also participated in arts and crafts activities together with the elderly.

“The Dialect Carnival allowed our members and friends to experience church in a fun and enjoyable way,” said Justin Chiang, 38, a pastoral supervisor in Dialect Service. “There were 30 children and 10 teachers from Havest Kidz, coming to help out and to serve the elderly. The carnival was a good opportunity for three generations to come together and have fun in the house of God. More than 400 people attended this event, and seeing the smiles of everyone really made all the preparation worth it.”

There were also others who helped organize the carnival. Before the event, Dialect Ministry members, which included CHC’s School of Theology students, arrived early to set up the booths and decorate the main auditorium. They also helped to man the game stalls.

“This was my first time serving the Dialect Service and I honestly did not know what to expect,” said SOT student Sherman Mak, 27. “However, my interactions with some of the elderly members have shown me that many of them are still full of life and energy in spite of their physical condition. I also feel that the carnival games were well prepared, and I could see that everyone enjoyed the activities. This has been a really great day of celebration and bonding for the Dialect Ministry members and volunteers.”

Ivan Lim, 31, a part-time church worker, said, “I decided to help out at this carnival because I wanted the elderly to have fun and to feel young again. Throughout the event, I truly enjoyed serving them. I could also see that they thoroughly enjoyed the carnival games. Overall, I think the carnival was a success not just because of the large attendance, but also because of all the people who helped out. I thank the Dialect ministry for the chance to participate in this event.” 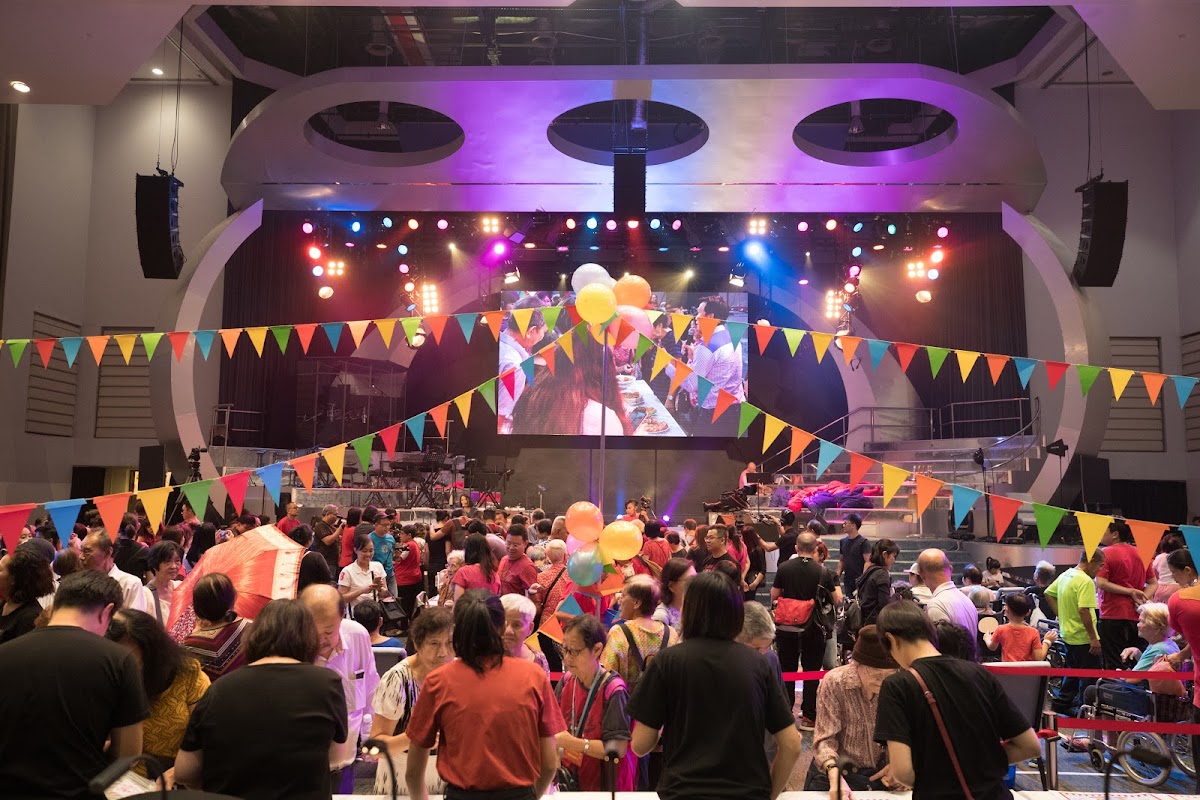