Gwendolyn Tan and Diana Lim are youth leaders from the pastoral zone led by Pastor Edmund Tay. They shared with the church the things God did in their youth camp, Camp Encounter, this year. 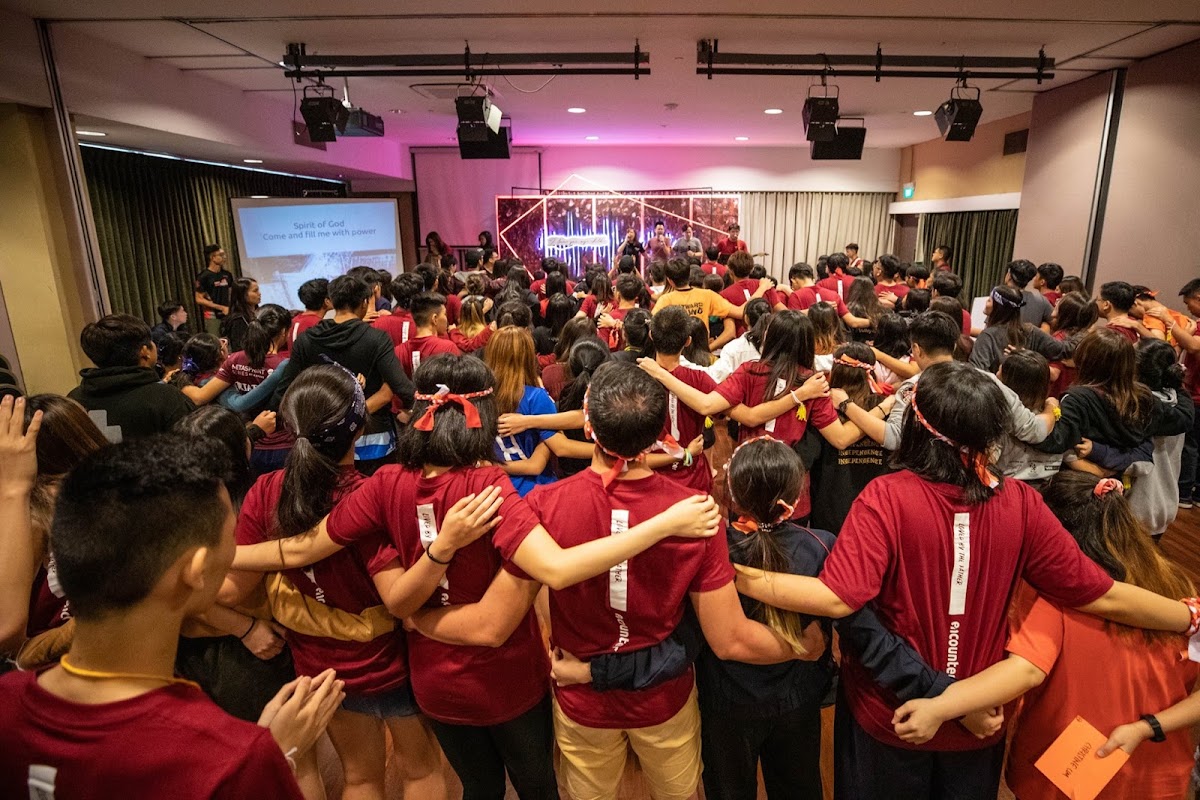 Gwendolyn Tan: Our camp’s theme is “Encounter the Father’s Love” and we wanted every camper to experience His love, and to have our new friends know who God is.

Prior to the camp, the Holy Spirit dropped a word in my heart; that there was an expectation and longing for the sons and daughters of God to rise up and take our place. It was time to contend for more of His glory and Kingdom in our midst. We can and we need to experience so much more of God. Well, there was indeed a rising up! We had new leaders rising up to lead in the camp; youths rising up to be first-time team leaders and 71 first-time campers! God is good!

Diana Lim: Camp Encounter was a huge partnership with God for me. I was appointed Camp Commandant and God spoke to me from Isaiah 54 about the camp—to enlarge the place of my tent, to stretch, lengthen and strengthen. I experienced this and I witnessed it live among the entire camp committee. I saw a glimpse of growth in God and I am so excited to see greater growth ahead.

You see, two weeks before camp, Pastor Edmund challenged us to be bold and hungry for a spiritual breakthrough. As a result, the committee worked closely with the CGCs to go out to different neighborhoods inviting youths for the camp! It was good! We shared with our members how God moved in response to our faith, and they, too, began reaching out. More breakthroughs happened!

For Camp Encounter 2019, we had 192 members and 98 friends! During our Evangelistic Night with Pastor Wu Yuzhuang, we had 47 salvations, and 19 received the baptism in the Holy Spirit! Praise the Lord! 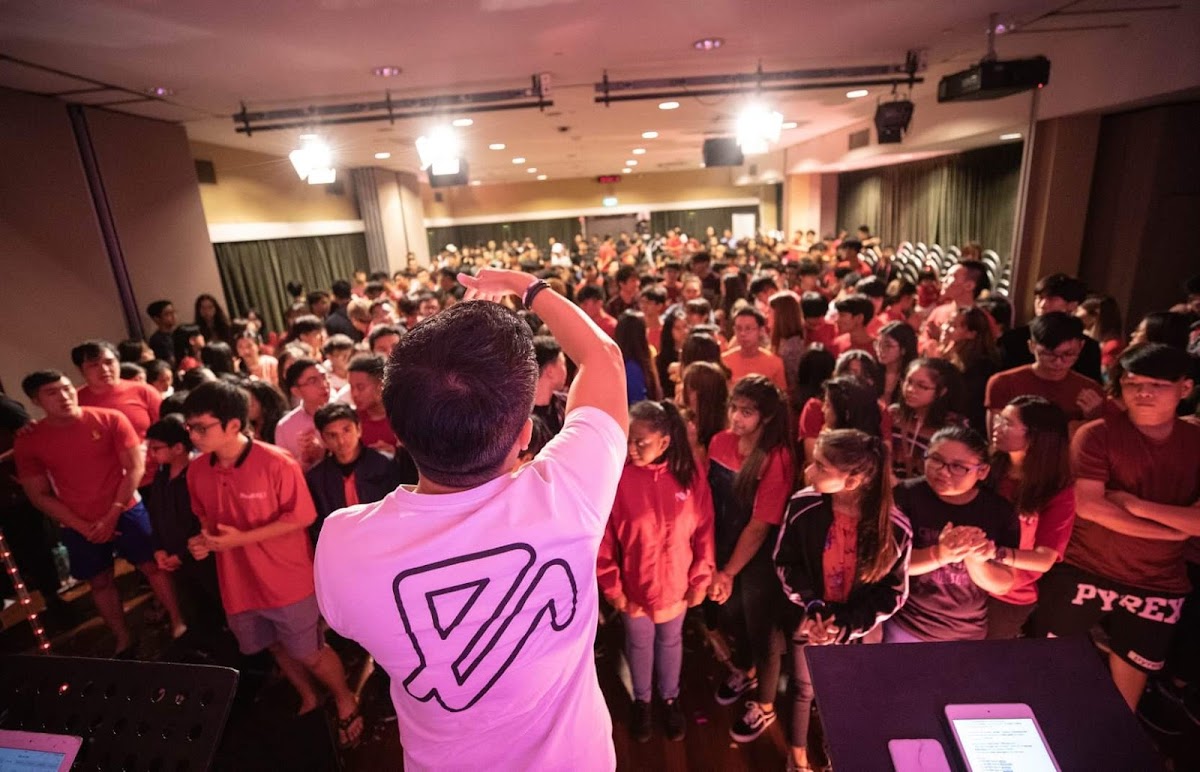 Mei Jun, Kareena, Priyanka, and Preethi were invited to our camp. They are good friends and all grew up in broken families. During the evangelistic session, all four responded and accepted Jesus into their hearts. With tears in their eyes, they were very touched by God’s love. They invited another one of their close friends, Abigail, for Sunday service last week and one of our members led her to say the Sinner’s Prayer. She was deeply touched by God and told us that her dad had left the family two years ago. In her own words, she said, “I don’t have an earthly father, but now I have a Heavenly father!” Praise the Lord!

GT: During the camp, we had many encounter sessions. These included a Worship Night where we worshipped till 2 am, prophetic sessions where we learned how to hear from God, laying on of hands by our leaders for impartation and prophecy, a spiritual upgrade in our walk with God and the grand finale. Out of these encounters, faith arose, and many lives were changed.

Huiling is a student studying at the National University of Singapore. She struggled with low self-esteem and constantly felt ugly and unattractive. During one of the sessions, she received a prophetic card. It was a drawing of a peacock with the words, “You are beautiful!” But that’s not all! On the last day, another member, who had no idea what was going on in her life, prayed for her. While he was praying, he saw a vision of a peacock and released the exact same words, “You are beautiful.” This brought Huiling to tears. She knew it could only have been God, who knows her inner struggles, calls them out and assures her with the same vision and words through two different people. Hallelujah!

DL: We had good reports of healing testimonies during the camp too!

One of our campers struggled with insomnia. She would get panic attacks at night and constantly gets awaken in her sleep with heart palpitations. During the Worship Night, she received a prophetic card written by a 14-year-old member, Rayz. He had no prophetic word but felt he had to write down his healing testimony of how God healed his congenital hole in the heart when he was a kid. When she read that card, she felt God starting a healing work in her. Since that night, she had no more panic attacks, heart palpitations and is now able to have a good night’s sleep daily! Praise the Lord!

Jael was a house leader, overseeing a couple of teams in camp. A day before camp, she caught a cold and bad throat infection. The doctor gave her two days of medical leave and told her not to talk or strain her voice. However, she felt a sense of responsibility and wanted to be at camp. In her rush, she forgot to pack her medication! But God is good. Throughout the camp, she had no cough, cold or sore throat. God healed her completely! 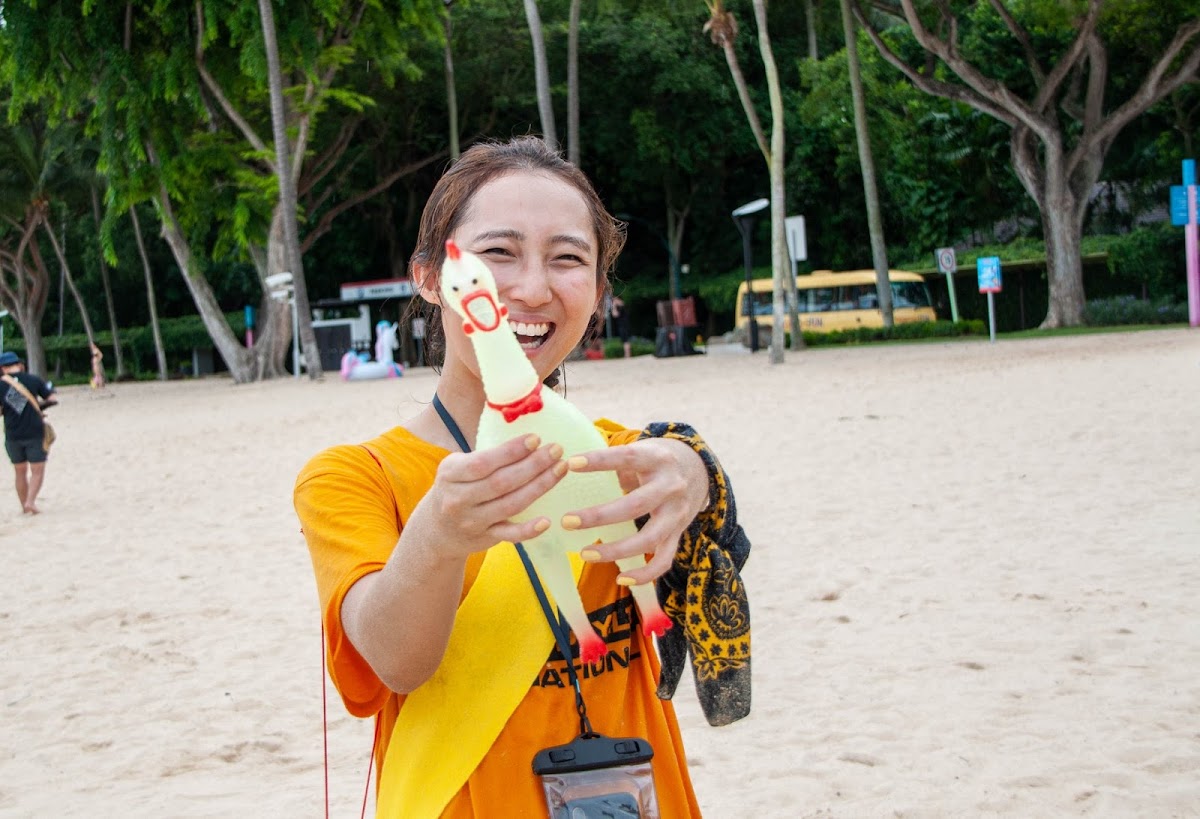 The healing miracles did not stop at camp! David was so impacted that after camp, he met a lady who was limping and complaining about the pain in her legs. He felt a surge of faith and offered to pray for her.  She was completely healed and could walk up and down the stairs of the overhead bridge—with no pain!

GT: Camp Encounter 2019 was so filled with God’s presence. One major highlight was how God birthed forth a new song in our midst. During a morning session, one of our CGLs, Seow Ting, felt the Holy Spirit drop eight lines of a new song in her hear. She saw a vision that this song would be sung at the end of the night session with Pastor Choong Tsih-Ming. That afternoon, she sat down with her fiancé Amos to work on this song. In one hour, they completed the song! It speaks of spiritual unity and how this generation would lay our lives down on the altar for God.

At the end of the night, an opportunity arose for them to lead this new song. It was a God-moment when we sang the song. It ushered in a powerful move of the Holy Spirit as the campers went on their knees, surrendering their lives to God again for His Kingdom. 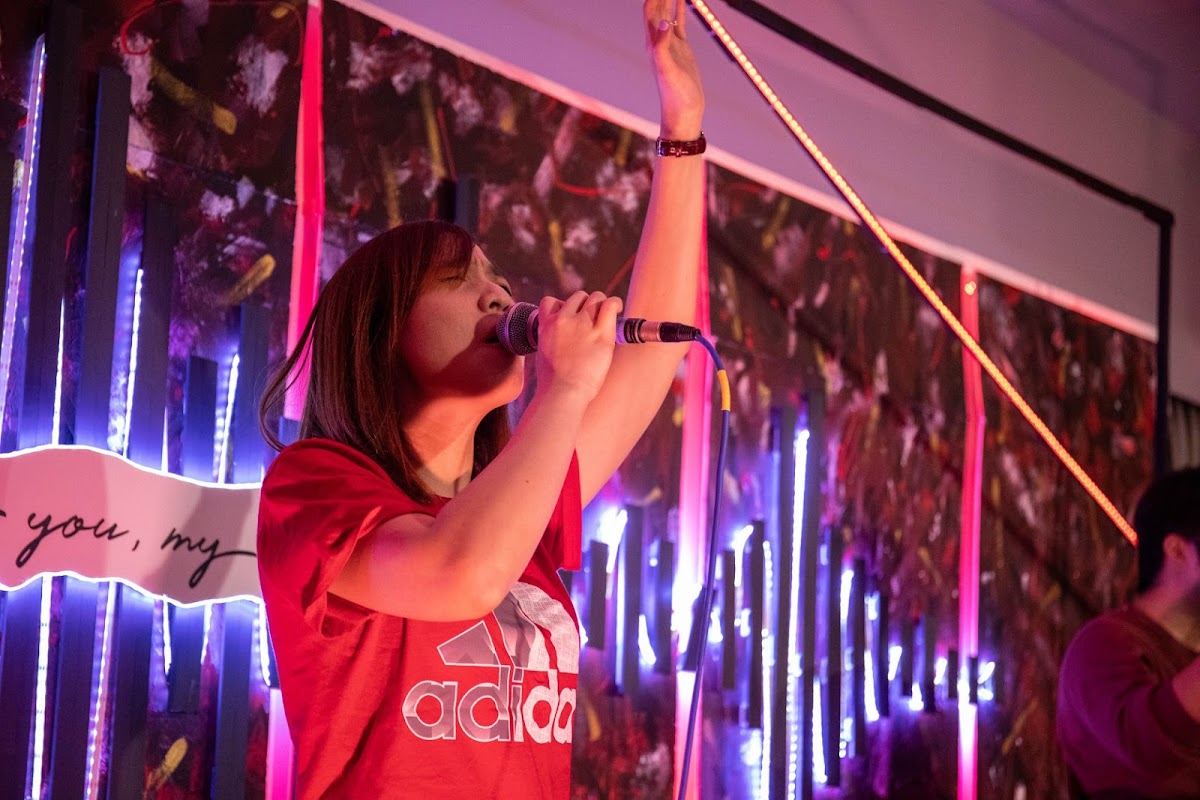 On behalf of the Camp Encounter committee and the youths in ET zone, we want to say a big thank you to the senior leadership and Emerge staff. Thank you for giving us the opportunity and for trusting us to have youth camps. These three days of camp were totally life-changing. We lost our voices in the games, suffered from lack of sleep and sunburns, but we were so blessed because God moved mightily and reminded all of us of His love for us. We’ve all leveled up in our spiritual walk.

We want to thank our pastor, Pastor Edmund, for always leading the way in faith and demonstrating how we must be bold to chase for more of God and His Kingdom.  And we want to thank Father God for all these precious encounters.

We are so excited for the Emerge Conference in two weeks’ time (Jul 12-14)! Here are our lives, we are ready for the next big adventure with God! 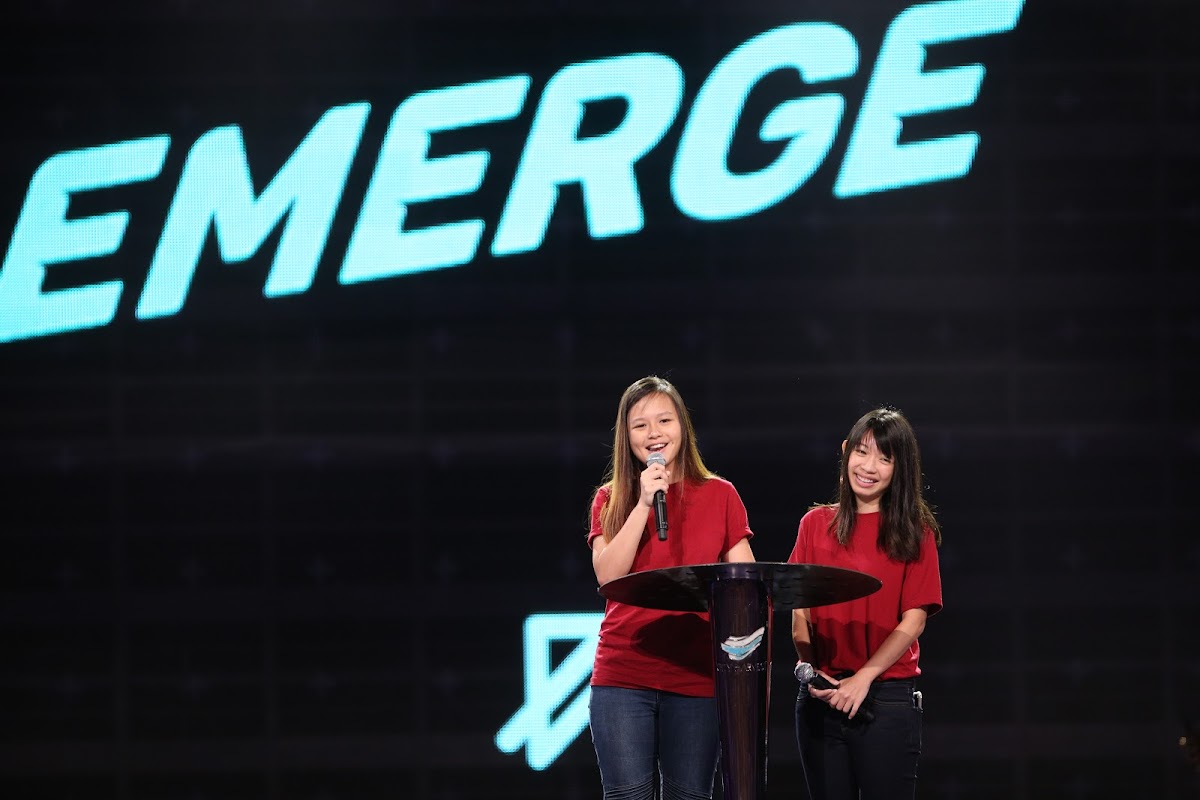