Give Thanks, For His Mercy Endures Forever: Bobby Chaw

Executive pastor of CHC, Bobby Chaw taught the church out of Psalm 13 that they ought to give thanks to the Lord when they face overwhelming uncertainty in life. Opening his sermon, City Harvest Church’s executive pastor, Bobby Chaw, shared that the book of Psalms is the only book in the Bible that has been written over the course of the 1,000-year history of Israel. “Psalms is a very honest book to read,” he said, “because it is the book we go to when we laugh or cry, and often when I go through difficult seasons in my life I go to the book of Psalms.“

Taking a detour from his two-year odyssey teaching out of the book of Numbers, Pastor Bobby began his messages on May 25 and 26 with his principle sermon Scripture, Psalm 13. He explained that in this psalm, David was crying out to God, looking for answers as to why his life was falling apart—his own son Absalom was hunting him down to overthrow him and usurp his throne. David was honest in his conversation with God, even when he was asking questions that had no answers.

“We have a hard time trying to express these same emotions to God,” noted Pastor Bobby, “because we have been mistakenly told that the Christian life will be trouble-free.”

WHEN WE DON’T UNDERSTAND WHY THINGS HAPPEN
The pastor highlighted the fact that Jesus said to His disciples in John 16:33 that there will be tribulation in life, so what is outlined in Psalm 13 is the reality of a believer’s life and ministry. He elaborated this point further by saying even great men and women of God are not exempted from the trials of life, citing the great preacher of the 19th century, Charles Spurgeon, and how he struggled with deep despair, just like David in Psalm 13.

What is interesting in Psalm 13, said Pastor Bobby, is that David doesn’t seem to know why these trials are happening to him, and further to that, the Psalm does not indicate any sin or problem that could be keeping God’s blessing from him. This is very unlike David’s situation in Psalm 51, where he prayed after he had committed adultery with Bathsheba, asking God to not cast him from His presence.

He directed the church to Deuteronomy 29:29 which reads, “ “The secret things belong to the Lord our God, but those things which arerevealed belong to us and to our children forever, that we may do all the words of this law.” “Many people turn to this verse when they can’t answer tough apologetics questions,” he said with a chuckle. “However, there is an important truth here, while there are secret things that belong to God, there are also things revealed to us and to our children forever.”

The pastor continued to explain that a person experiences life in stages but God sees a person’s life from the beginning to the end. Things that are in the future are a mystery to men. “So when we are overwhelmed with ‘don’t know why’ questions, we need to hold on to things revealed,”  he pointed out.

Pastor Bobby highlighted that the things that God has revealed. Isaiah 49:15, God says that through revealed truth that he will never forget His children; and in 1 Corinthians 10:13, where God reveals that every trial and temptation comes “a way of escape”—He will not allow His people to be tempted beyond what they can bear.

HOW SHOULD WE RESPOND TO CONFUSION AND PAIN?
Returning to Psalm 13, Pastor Bobby read that David crieD out, asking God to “consider me and hear me”. “Consider” here can be translated to “look at”. David was calling out to God the Father for attention. 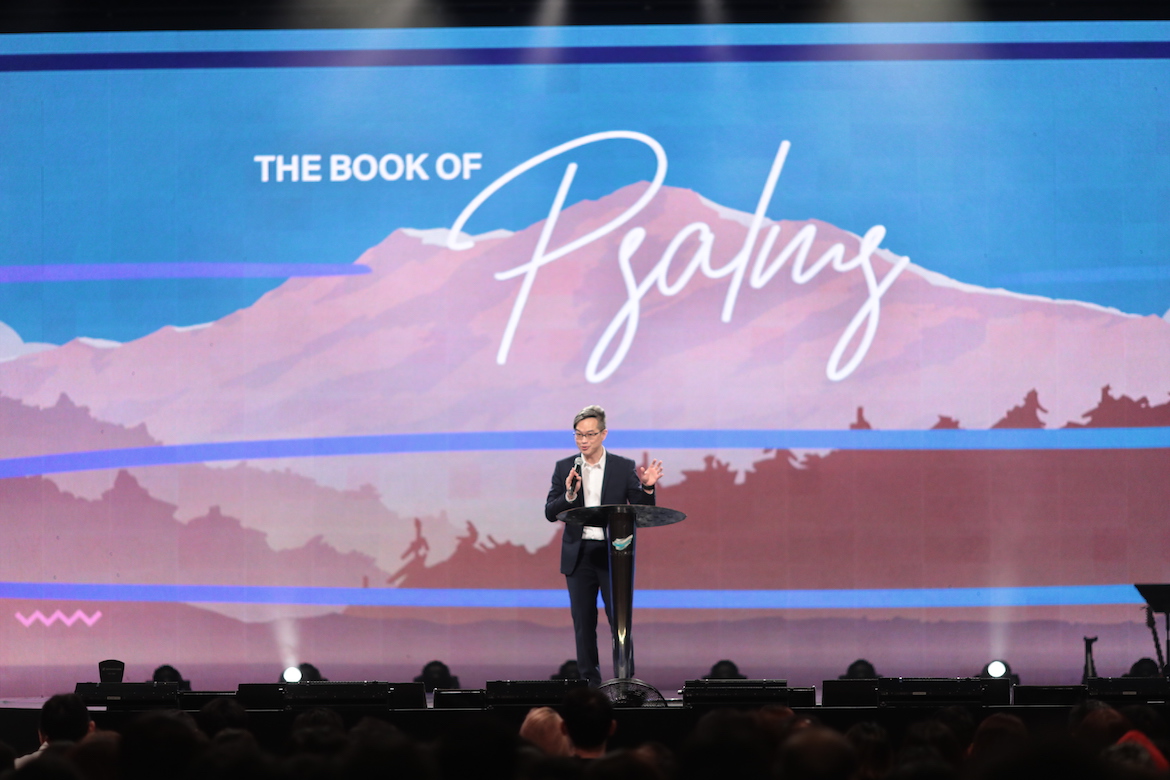 During times of crisis, there is a huge temptation to turn to anything but God, but David chose to turn to the Lord. Pastor Bobby encouraged the church to follow David’s example.

“When our hearts are confused, instead of wallowing in unanswerable questions, let’s turn to God,” he asserted. “Because when you seek Him, you will find Him.” (James 4:8)

In Psalm 13:5, David said that he trusts in God’s unfailing love. Pastor Bobby explained that the Hebrew word for unfailing love is hesed and it refers to the covenantal mercy and love of God.

GIVE THANKS
In Psalm 13:6, David sang a song of thanksgiving to the Lord and the pastor explained that “thanksgiving” in Latin is Deo Gratias, and is a core part of Christian practice and conduct. In fact, Psalms 136 was a psalm dedicated to giving thanks to God for His enduring mercy.

David’s song was a particular form of thanksgiving that was born in the midst of great obstacles, tears and troubles. Another example was when King Jehoshaphat in 2 Chronicles 20:1-20 ordered his people to sing when they were under attack.

Pastor Bobby taught the church that they can give thanks to the Lord, in the midst of the trials, tribulations, and sickness. “Because His mercy endures forever.”

He shared a testimony of School of Theology 2017 alumnus Eric Chua, who was diagnosed with stage two oral cancer back in 2013. His daughters and her cell group members prayed for him fervently and he was cleared after a risky surgery. Since then, he had been testifying of God’s goodness wherever he goes.

Last August, he discovered a cancerous tumor in his thyroid. The pain was so bad that he wanted to give up the fight, but God spoke to him through the Lord’s Prayer. He went through a surgery in February and as a result, he could not speak.

“But when I visited him in the hospital, he was full of joy, giving thanks to God. He told me that when he recovers, he wants to go on mission trips to share his testimony!” Pastor Bobby marvelled at Eric’s heart of thanksgiving.