Our Tomb, His Resurrection: Aries Zulkarnain

For many people, there are certain areas in their lives that they believe are dead. But there is nothing too difficult for the resurrection power of Jesus, which teaches us resilience and show us the faithfulness of God, says Aries Zulkarnain.

In Jesus’ final moments, there were only four people left by His side: His mother Mary, His aunt Mary the wife of Clopas, Mary Magdalene, and His disciple John. Aries Zulkarnain, executive pastor of City Harvest Church pointed this out as he preached over the weekend of Apr 27 and 28, a week after Easter. 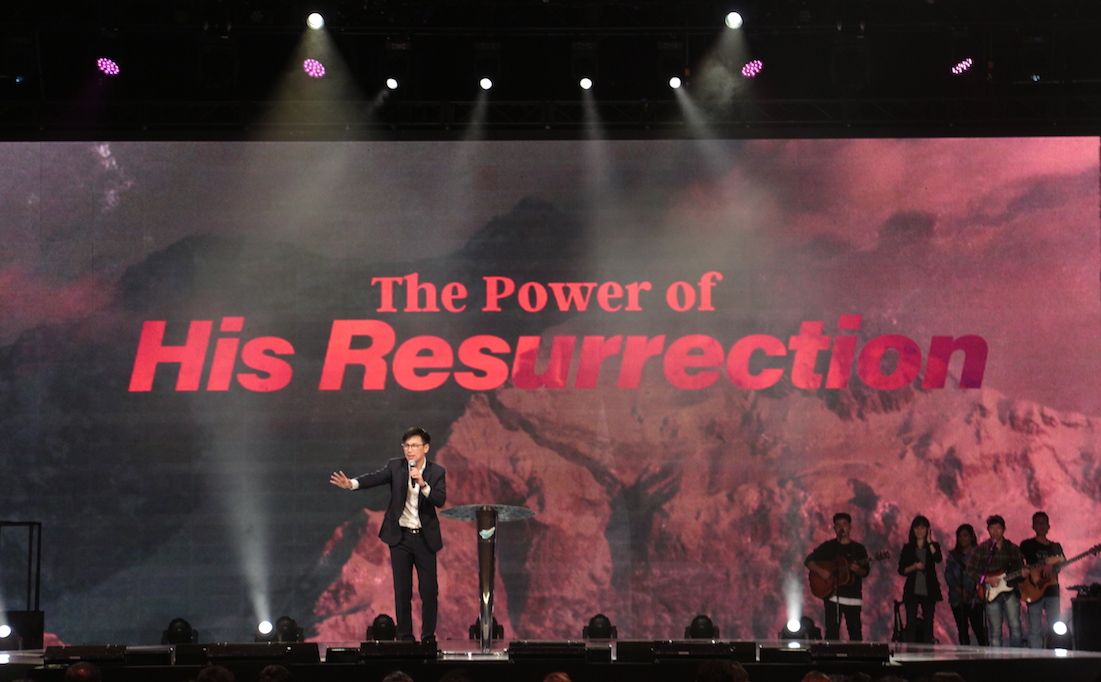 The pastor pointed out that throughout Jesus’ ministry, He was always surrounded by a large multitude of followers and His disciples, but these three women were seldom mentioned. However, when everyone had abandoned Jesus, they were the only ones—apart from Simon Peter—who stayed with Him.

“Quiet faith is sometimes more important than loud confession,” said Pastor Aries. It was the women’s quiet faith that gave them the staying power in crisis, and the resilience to overcome hardships.

“During times of crisis, faith that is built quietly on the inside will eventually express itself loudly on the outside,” the pastor continued. God wants to build this kind of faith within people so that they will continue to look to Jesus even in times of crisis.

“Resilience is not something you inherit,” asserted Pastor Aries. “You earn it by accepting the fact that you can still resurrect even after a thousand emotional deaths.”

At the cross of Calvary, the disciples experienced the most painful emotional death. Along with Jesus’ death, all hope and joy for their future vanished and were buried together with Jesus in the tomb. 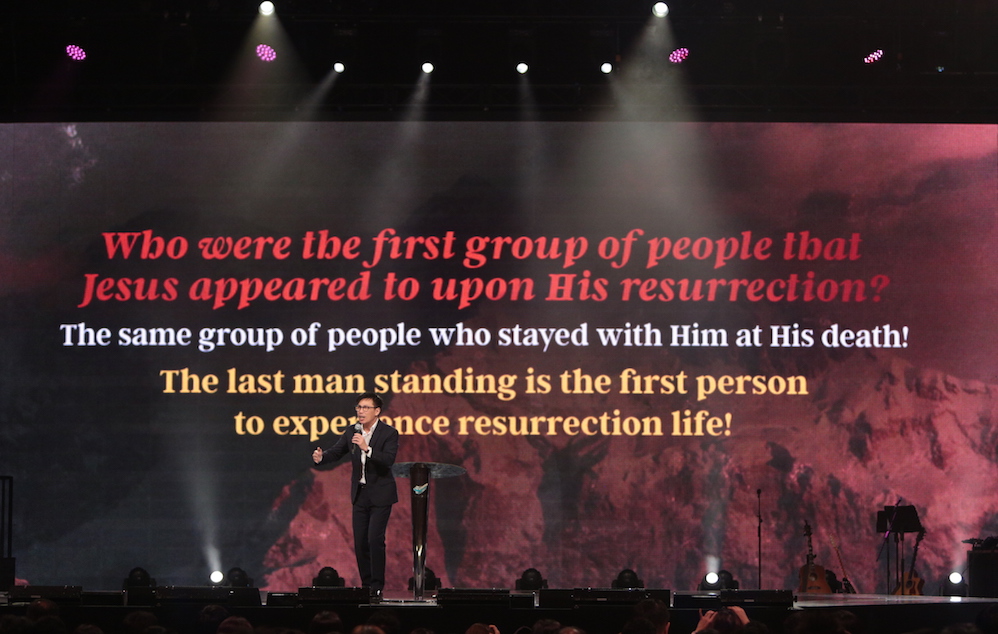 Do not give up, said the pastor, for hope is infused into people’s lives by the power of the Holy Ghost. With this, Pastor Aries shared three points in Matthew 6:6, encouraging the church to stay resilient.

1. YOUR DEAD END IS A SET UP FOR A TURNAROUND

Throughout Jesus’ entire ministry, He was closest to disciples Peter, James, and John. However, after the resurrection, He first appeared to Mary Magdalene, the one who had stayed at the foot of the Cross.

Quoting Matthew 24:13, “but the one who stands firm to the end will be saved”, Pastor Aries explained that the criterion to gaining the resurrection power is the ability to stand with Jesus till the very end. Christians must keep in mind that they are at the right time and place, therefore they must not give up, for God is positioning them for a turnaround.

Often, people question the point of attending church, having devotion, or standing strong in faith, especially at times when it does not translate to progress or improvement. 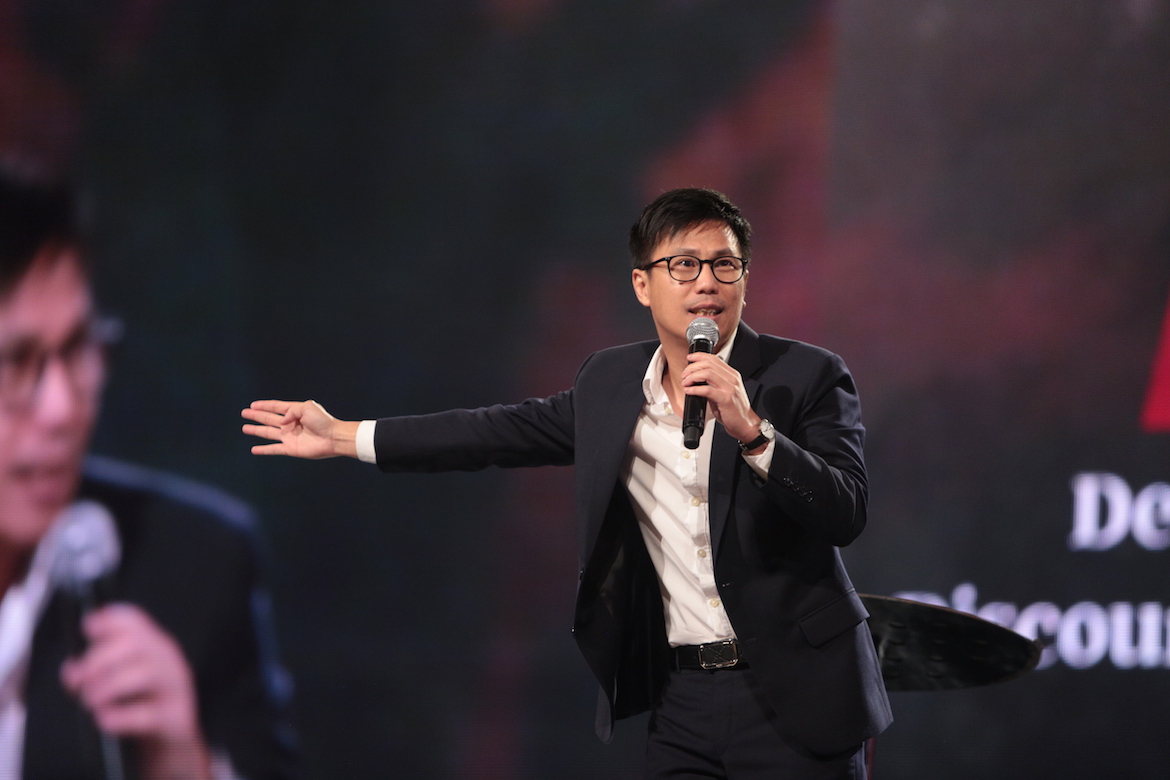 “Even though it does not demonstrate the usefulness, it demonstrates faithfulness,” said Pastor Aries. Sometimes, Christians underestimate sacraments, worship and prayers. The pastor reminded the congregation to stop looking for a way out of their situations but to look to God and submit themselves to Him, seeking His purpose and blessing in their lives.

Those who are faithful will experience salvation and resurrection—this is the essence of the gospel of Jesus Christ. It is not learning how to get out of a situation, but about knowing the One who will bring deliverance.

2. MANAGE YOUR EMOTIONS SIMPLY AND HONESTLY

“Every day is a step closer to resurrection,” the pastor said. Enduring hardships or emotional uncertainties while waiting for deliverance is one of the hardest things to do. However, Christians can always come into the presence of Jesus to pour out and process their emotions.

“Woman, why are you weeping?” Jesus asked Mary in John 20. Jesus asked this not in search of information, but a confession. He wanted her to pour out her heart to Him. In her sorrow, Mary poured out her vulnerability and grief. When she did that in the presence of Jesus, she was able to process her emotions and learn the purpose behind her pain.

“What the resurrection teaches is that God doesn’t forcibly intervene to stop pain and death. Instead he wants to redeem the pain and vindicates the death,” the pastor said.

The Gospel is about knowing Jesus, the One who rescues and provides salvation. It is also about believers’ confession and acknowledgment that they can never do things by their own strength.

In the story of Lazarus’ resurrection in John 11, Jesus told Mary and Martha that they would see the glory of God if they believed. Pastor Aries pointed out that He did not say that they will see the power of God.

This showed that the resurrection was not a show of God’s power, but God’s glory. God wanted them to see that He does not only have the power to resurrect but He is also a faithful God. Even when Mary and Martha thought He has abandoned them, He did not.

Pastor Aries encouraged the church saying that they do not have to wait to escape pain and death to achieve victory; all they have to do is remain faithful and God will eventually redeem all their pain and hardships.

3. SHIFT YOUR FOCUS FROM PAIN TO GOD’S FORGIVENESS

In John 19:19-23, Jesus spoke to the disciples after His resurrection. Besides giving them the Holy Spirit, He also gave them the power to forgive.

“When you forgive, you will heal. If you let go, you will grow,” said Pastor Aries, encouraging the congregation to learn to forgive themselves, and to forgive those who have hurt them. God specializes in redeeming regrets and mistakes, he noted, but that can only happen if one stops holding on their pain and releases it to Jesus. In Genesis 16, Sarah gave her servant, Hagar, to Abraham as a wife to bear children for him, but when Hagar was pregnant, Sarah harbored anger and resentment, and saw it as a mockery of her failure to bear a child. Hagar was treated harshly which caused her to have anger and bitterness in her heart, and she eventually ran away, wondering why God had allowed her suffering to take place.

When people try to use manmade solutions to get out of their situations, God wants them to submit themselves to Him in the situation instead, and trust Him to deliver them. In Genesis 16, God asked Hagar to stop running away from the pain and return to her mistress, Sarah.

“Submit your pain to the Lord and let Him redeem it to turn into purpose. Go back to your misery so you can experience your miracle,” said Pastor Aries. The Lord hears one’s affliction, and when one submits to God, He will release His purpose.

Hagar’s eyes were opened eventually, and she began to see the purpose in the pain and destiny in the crisis. Like Hagar, everyone can do the same by releasing their pain to God and trusting that He will deliver them, instead of running away.

At the end of the service, Pastor Aries quoted Matthew 28, where Jesus said to the people, “Go and tell My brethren to go to Galilee, and there they will see Me.”

That Easter Sunday morning, the disciples had lost all hope. However, they did not know that Jesus was already waiting for them in Galilee, the place where the Great Commission would be given to them.

Like the disciples, people often revisit their pain, condemnation, regrets and past failures, going back again and again to their grave. However, they fail to see that God is already in their future, waiting for them. 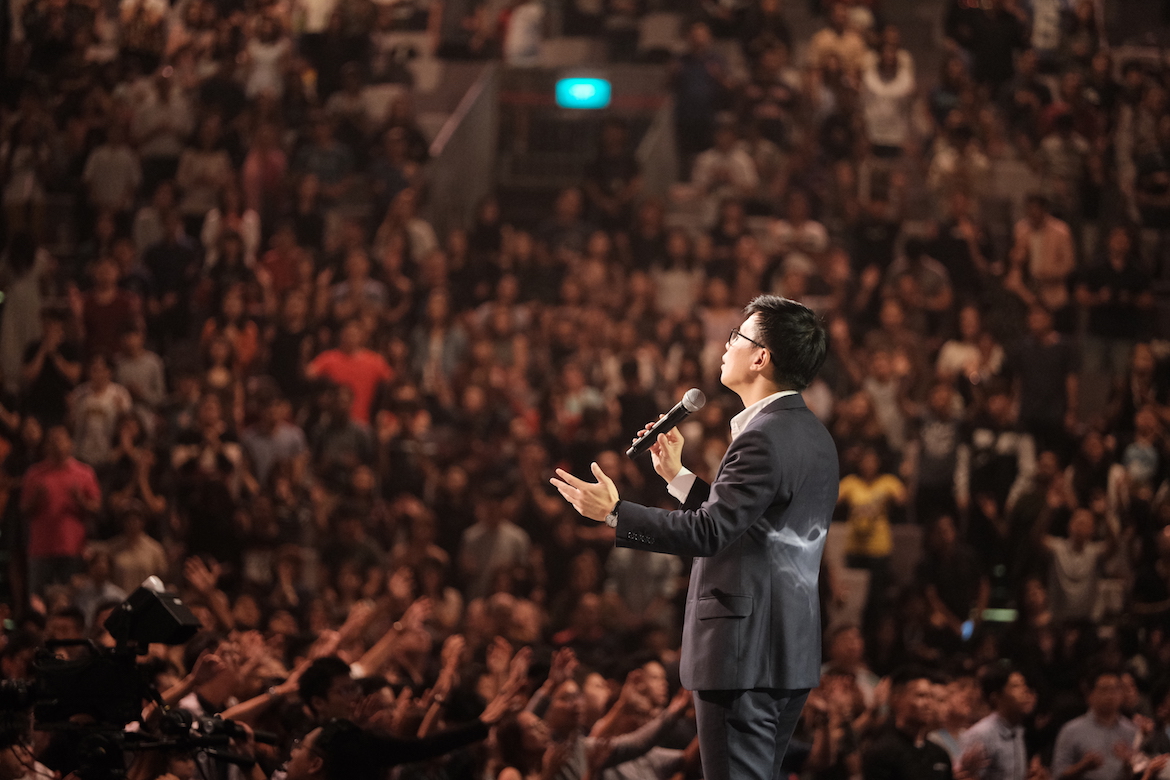 At the end of the service, Pastor Aries prayed for those with depression, that they would encounter the resurrection power of Jesus.

The message moved hearts. Deena Joy Yeo, a City Harvest Church member, said, “I’m not an expressive person and I always act like I am okay in front of people. After I became a Christian, I forgave my dad for his mistakes towards me, but I did not forgive myself. I felt lost, weak and useless. Pastor Aries said today that only if you forgive then you will be healed, and I felt that I have to forgive myself. An image came into my mind, and I exchanged my past for a new heart from God.”

How To Handle Stress And Anxiety