Psalm 8 marks a turning point in David’s life. Expounding on this chapter, Pastor Bobby Chaw preached about the fragility of Man and the love God has for humankind. 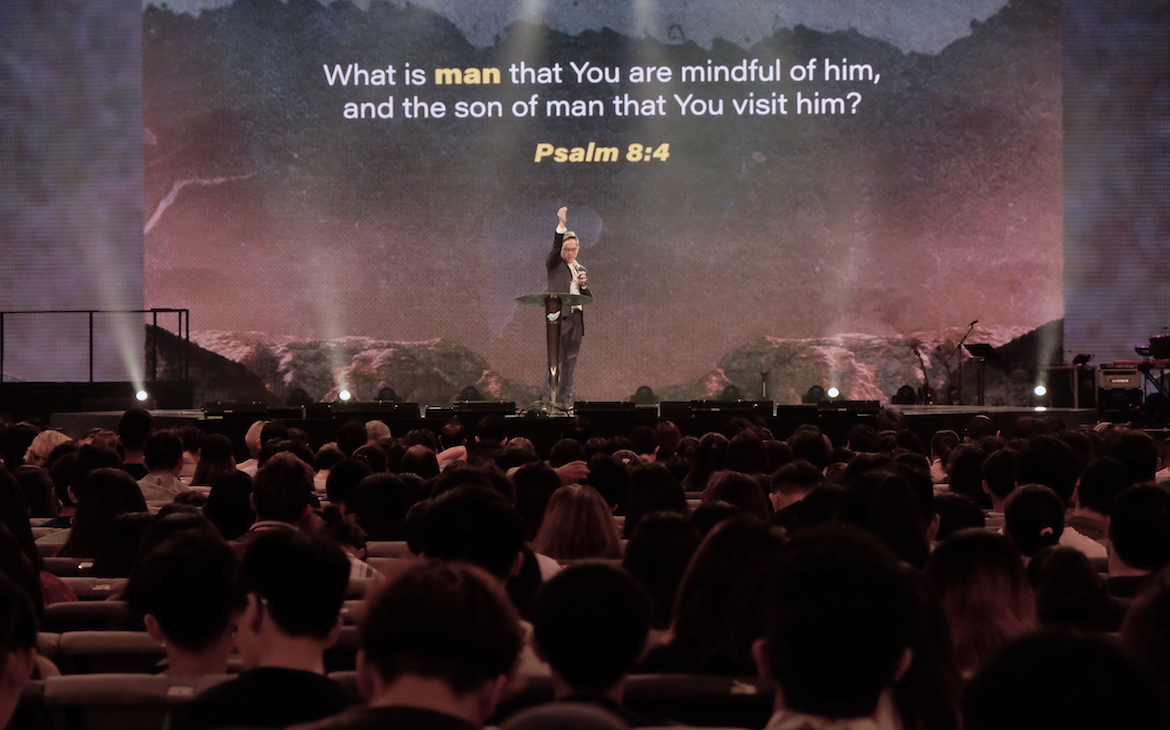 “What is man that You are mindful of him, and the son of man that You visit Him?” reads Psalm 8:4. Over the weekend of Mar 30 and 31, City Harvest Church’s executive pastor, Bobby Chaw, shared a message from this psalm.

The psalm is particularly significant as it marks a major turning point in David’s life. While throughout Psalms 3 to 7, David cried to God for deliverance because he was often mired in trials and tribulation. However, when it came to Psalm 8, David’s focus was not on his situation, but on the greatness of God.

JEHOVAH GOD
The opening and ending verses of Psalm 8 showed that David was bringing the reader’s attention to a critical theme: the majesty of God. Both verses 1 and 9 read, “O Lord, our Lord, How excellent is Your name in all the earth…”

The “Lord” in verse 1 refers to God as Jehovah, explained Pastor Bobby, adding that “Jehovah” was the name God used to reveal Himself to the Israelites when they were slaves in Egypt. He wanted the Israelites to know that He was the Almighty Creator, the God who would deliver them.

“If we allow God to be our Jehovah, we too, will ‘experience’ Psalm 8— a turning point in our lives,” said the preacher.

Pastor Bobby told the congregation that God often does His greatest work through human weakness. David’s words in Psalm 8:2 are, “Out of the mouth of babes and nursing infants You have ordained strength”.

Jesus quoted this verse when He manifested His power by healing the sick (Matt 21:14-16). The chief priest and scribes did not recognize that what He did was a work of God. it was the children who praised Jesus and testified of God’s work.

The purpose of Psalm 8:2, said Pastor Bobby, is a reminder not to belittle oneself. God wants to use the weak to display His majesty. 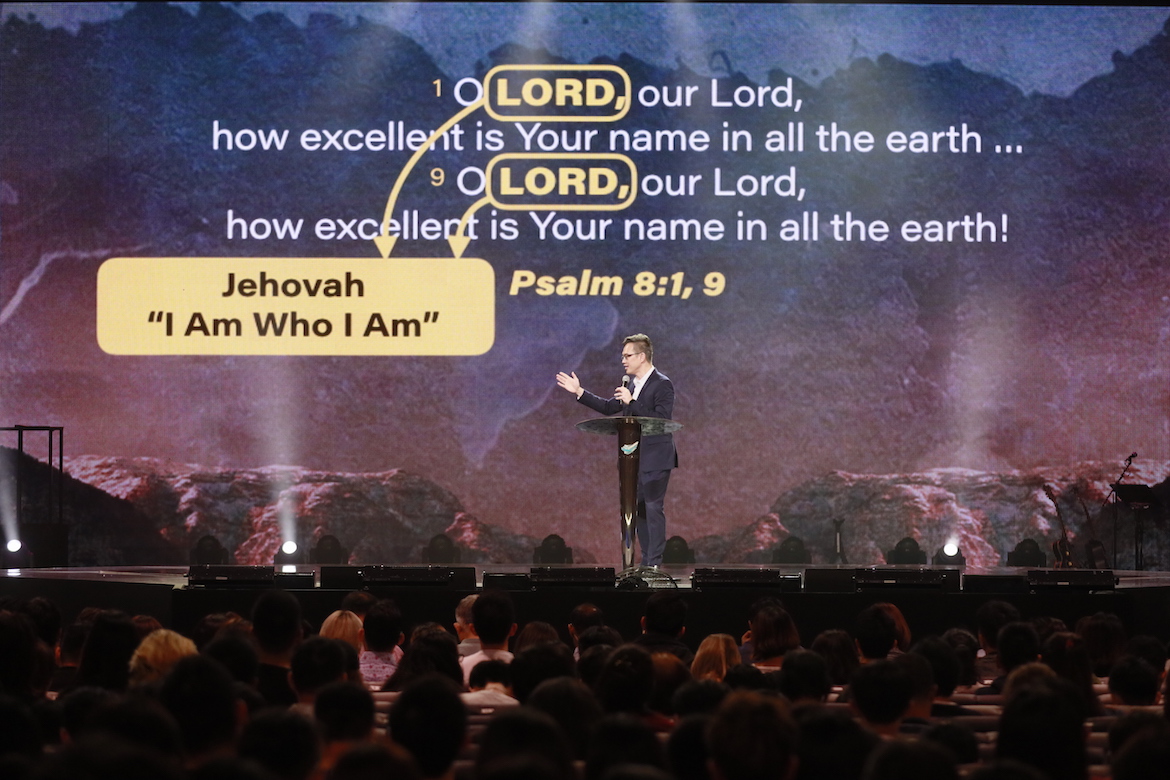 “Take Paul as an example,” the pastor said, bringing the congregation to 2 Corinthians 10:10, where the great apostle was described thus: “[His] personal presence is unimpressive, and as for eloquence, he has none.” Yet God used Paul in many mighty ways, to spread the Gospel, plant churches, grow the Christian population and more.

“As long as we have faith, God can use us to testify to our family and friends,” Pastor Bobby declared.

THE GREATEST MYSTERY
Psalms 8:4-5, it says, “What is man that You are mindful of him, and the son of man that You visit him? For You have made him a little lower than the angels, and You have crowned him with glory and honour.” This speaks of God’s great dedication to man, in spite of mankind’s fragility.

The earth is just one of the planets in the Solar System, and the sun is just one of billions of stars in the Milky Way. Considering the vastness of the whole universe, mankind is so small and insignificant. Yet God is mindful of them.

“The greatest mystery is not that ‘I am so small’,” the pastor said. “But that God’s love is so great.”

The word “man” that David used in this verse is the Hebrew word enosh, which means mortal man.

Man is frail and fallible, yet God visits him every day, Pastor Bobby pointed out. He elaborated that the word “visit” means to pay attention to, and to observe carefully. This means that God cares about His people so much, that He sets His heart on them every morning.

“No matter how weak or frail we may be,” said the pastor, “when we feel forgotten or rejected, we need to know that our Abba Father cares for us and He visits us every morning.”

While Psalm 8:4 talks about the frailty of man, Psalm 8:5 talks about the dignity of man. It reads that “For You have made him a little lower than the angels, And You have crowned him with glory and honor.”

“Although we are frail and fallible, God gives us glory and honor,” Pastor Bobby reminded the congregation. 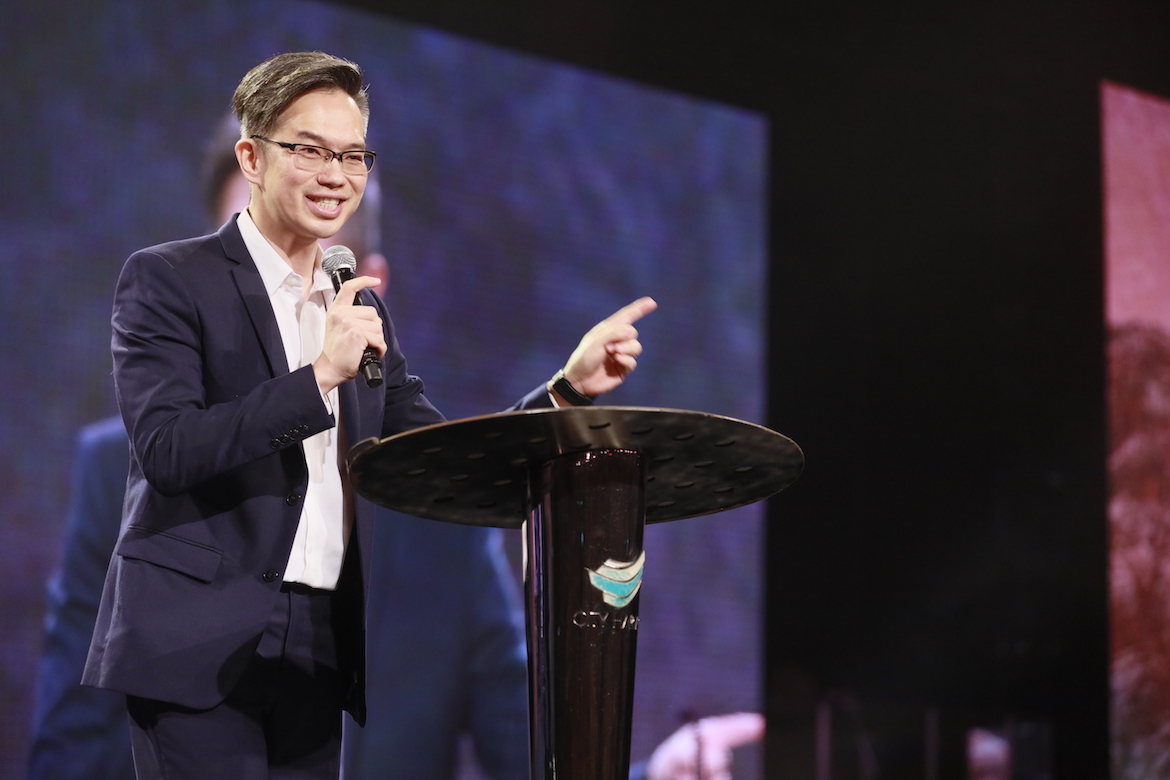 He explained that this was God’s plan from the beginning. God is Elohim, a creative God, and He put His spirit into man, so that no other creature compares to man. At the beginning, God delegated His authority over the earth to Adam, but Adam lost that authority when he chose to obey the evil one instead of God.

However, Jesus came as the second Adam, and because He remained obedient and did what He was delegated to do, he carried God’s authority. Pastor Bobby stressed that whoever does what the Author says, carries the Author’s authority.

“The weakness and frailty of man was never a problem, because God created man like that,” Pastor Bobby said in conclusion.”When we obey Jesus’ words and commands, we too will carry the same authority. We will rule and reign with Christ.” 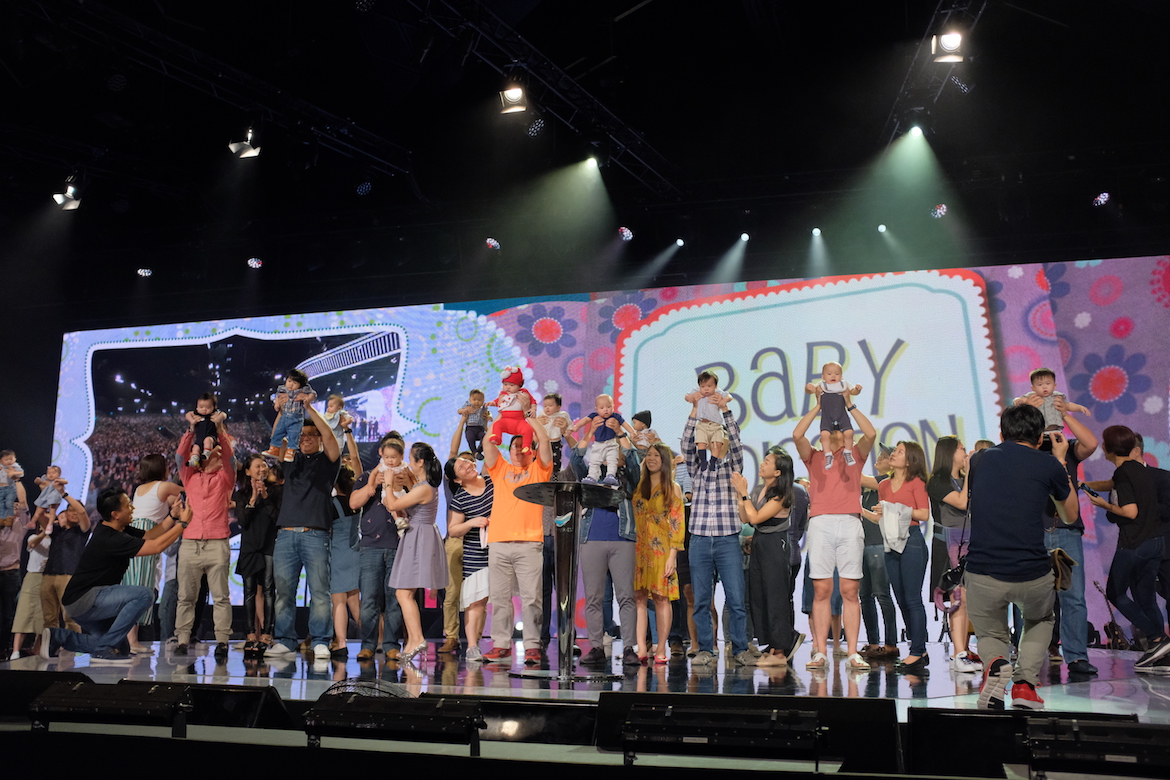 FROM THE MOUTHS OF BABES

City Harvest Church saw 76 babies being dedicated to the Lord on the weekend of March 30-31. Psalm 127:3-5 says “Children are a heritage from the Lord, offspring a reward from him. Like arrows in the hands of a warrior are children born in one’s youth. Blessed is the man whose quiver is full of them…”