At the final church service of 2018, Pastor Bobby Chaw delivered an encouraging message to City Harvest Church members to be strong and patient in the Lord in 2019. The final weekend of 2018 saw the church coming together to thank God for His goodness this year.

Bobby Chaw, executive pastor of City Harvest Church read from Psalms 27, a psalm by King David, reminding the church that confidence and deliverance come when one is patient in the presence of God.

“In the midst of the storms of life, we have an anchor for our soul,” said Pastor Bobby as he opened the service. “David began the Psalm with questions and doubts, but ended it with affirmations.”

FOUR KEY WORDS IN THE PSALM

The first thing David noted was that God is his light. “Light is security,” said the pastor, elaborating on how light protects sheep from wild beasts. He taught the congregation that God is not just the creator of light, but, as John 8:12 says, He is light.

The second thing David declared was that God is his strength. Synonyms used for strength included the words “fortress”, “refuge” and “protection”. Pastor Bobby noted that in Psalms 27:1, David said that God is “my light and my salvation”.

“It is not enough to know God as the Light—even the demons know that,” he said. “You need to know God as your Light. Have a personal encounter with God. In knowing who God is personally, you will be confident in Him just like David was.”

The second word is “presence”. In Psalms 27:4, King David said, “One thing I have desired of the Lord, that will I seek: that I may dwell in the house of the Lord all the days of my life, to behold the beauty of the Lord, and to inquire in His temple.”

Recalling the story of Queen Esther, Pastor Bobby illustrated David’s love for the presence of God. In Esther 5:6, the king offered to give Queen Esther up to half of his kingdom.

“His kingdom stretched from India all the way to Ethiopia!” the pastor exclaimed. “Queen Esther could have had all the riches of the land. If God were to ask you today, ‘What is your heart’s desire?’ what would you say?”

David’s desire was to stay in the presence of God forever—that is the best and most glorious gift one could ask for, added the pastor.

The pastor added that harboring a sinful habit, holding an offence against  someone, bitterness or anger can also drive one away from God.

He quoted Psalms 27:5-6, saying “In times of difficulties, you can stay positive if you are in the presence of God.” 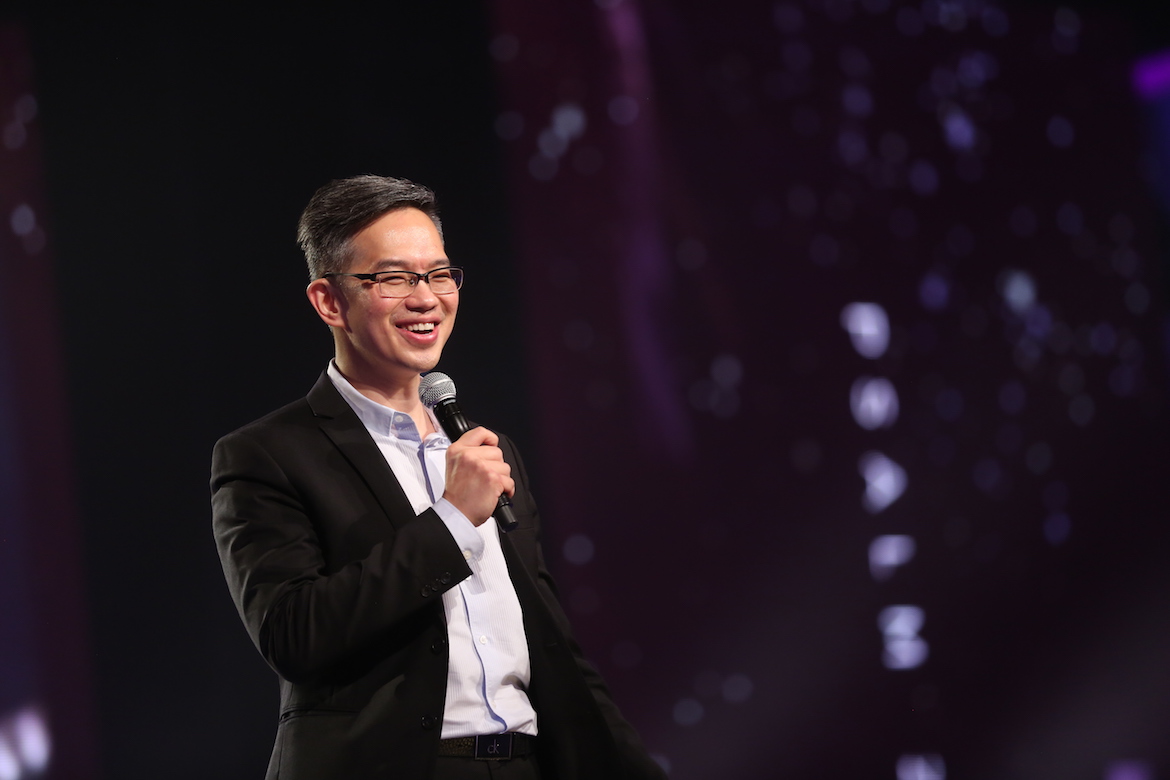 The third key word in Psalm 27 is “deliverance”. Even though King David was a lover of God’s presence, he was not exempt from the reality of life’s troubles, noted Pastor Bobby. But when David was in distress, he knew God would not abandon him.

“No matter what challenge you are facing, pray! God is still a God who answers prayers,” the pastor declared.

The final word of note in the psalm is “patience”. To illustrate this point, Pastor Bobby shared the testimony of Elim, a student in City Harvest Church’s School of Theology in 2010.

Elim, who had a heart condition, started serving God full-time when she was 25. Hailing from a rural area in Malaysia, Elim‘s salary at her highest was just $300 monthly. When she got married, she and her husband lived in a rented house as they could not afford to buy a home.

After suffering a miscarriage, Elim started to have second thoughts about serving God. She was under too much financial and emotional stress.

One New Year’s Eve, Elim fasted and prayed for someone to take over her role as a pastor in the church. Right after the New Year Eve’s prayer meeting, she had a heart attack and died.

Elim’s husband was devastated. He cried out to God that if He took Elim, He would have to take him too. Forty minutes had passed when a miracle suddenly happened—Elim took a big breath and came back to life. When they went to the hospital for a check-up, doctors found that the heart disease she had had completely cleared.

Miracles continued to happen in Elim’s life. In July 2016, a 66-year-old lady who had only just met Elim bought her a house. The woman explained that 15 years ago, God told her to save money to buy a house for a pastor. Having met so many pastors, God never said any of them were the ones she was to buy a house for, until she met Elim.

“Elim then remembered that 15 years ago was the time she received her calling to serve God full-time. Since then, God had been preparing a house for her,” said the pastor.

As the sermon came to a close, Pastor Bobby encouraged the church: “If you were to give up houses, people or things in this lifetime, God is saying ‘I won’t forget.’” 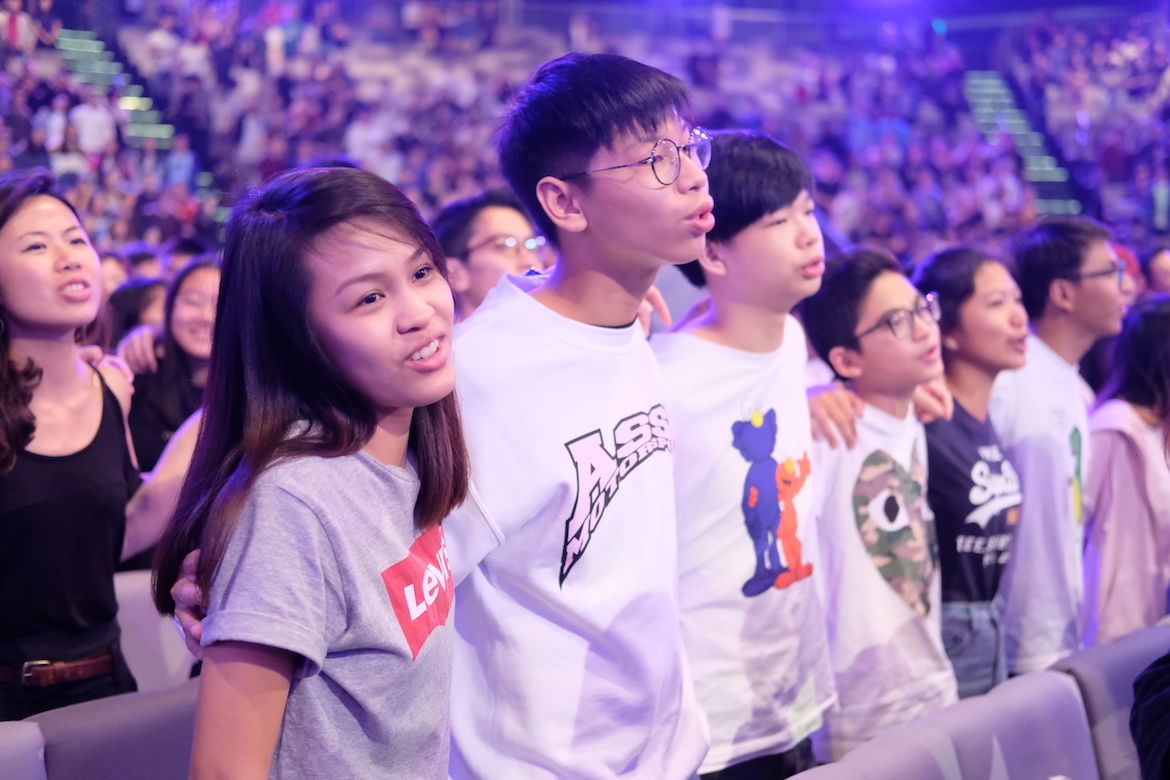 The message was followed by a time of worship and rededication, as the congregation declared together that if they had God, they had everything they needed.

The service closed in the traditional CHC fashion of singing Scott Roley’s “Brother To Brother” and finally, “Auld Lang Syne”. 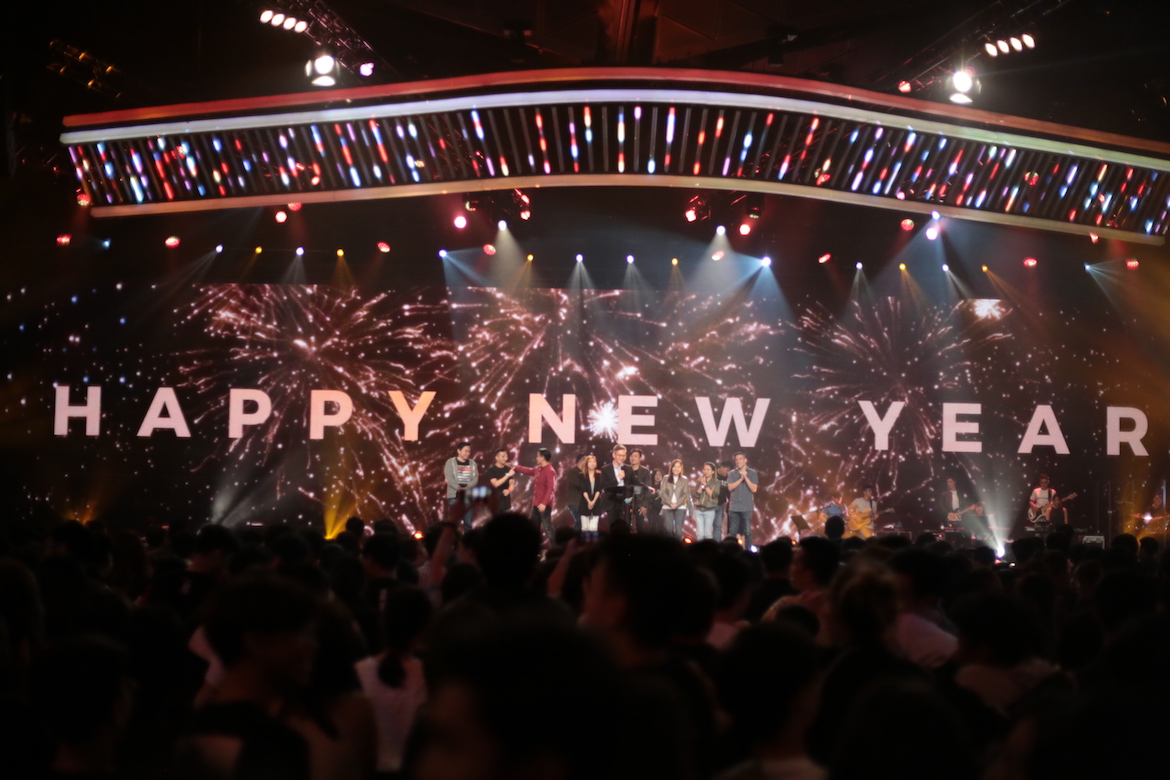