From Stage To School: A Drummer’s Dream Come True

Professional percussionist Er Chow Kiat takes his passion and talent for drumming and multiplies it through his school, Drum Tutor. 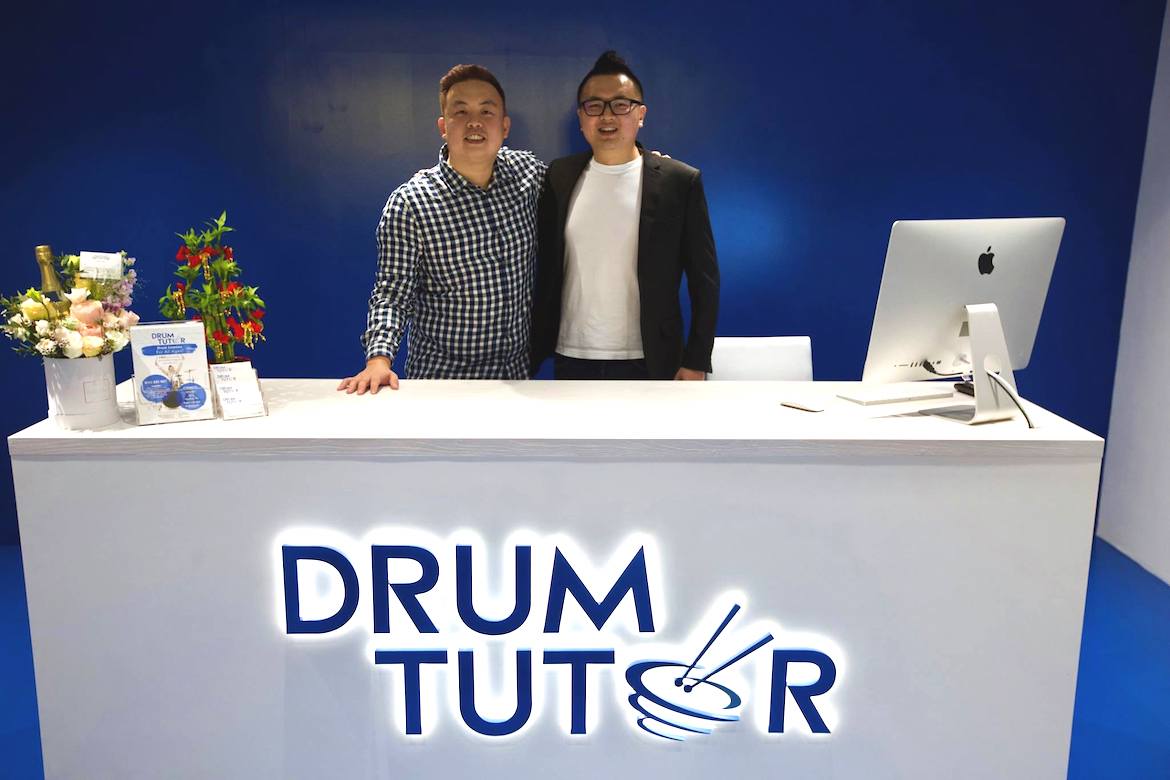 The faint thumping can be heard through the glass walls of Drum Tutor, a minimalist yet friendly space bathed in blue and white. This is drummer Er Chow Kiat’s first school for contemporary drumming, consisting of four rooms for different classes. Well-padded to mute the ear-splitting rhythmic crashes from drums, each room houses two kits: one for the tutor and one for the student.

Its uncluttered aesthetics are a reflection of Chow Kiat’s approach towards his business and his life: focused, pragmatic and just all-round sensible.

But it is this attitude and drive, not just his passion and impeccable playing, that gives people the confidence in Chow Kiat’s teaching. “I’m turning experience into education,” he explains. Drum Tutor is not just his passion project; it offers a syllabus and proven teaching method that he has carved out and perfected from years of study and personal experience from the music scene in Los Angeles.

Chow Kiat, 29, comes bearing plenty of accolades. The City Harvest Church member is an endorsed artist with Yamaha Drums (Singapore) and Zildjian Cymbals, and an awardee of the Full Ride scholarship to the renowned Musicians Institute (MI) in Los Angeles. He has played at concerts by international artists such as Mateus Asato, Eric Moo and Ella Koon, and he is currently travelling almost weekly to play on Angela Zhang’s Journey World Tour. 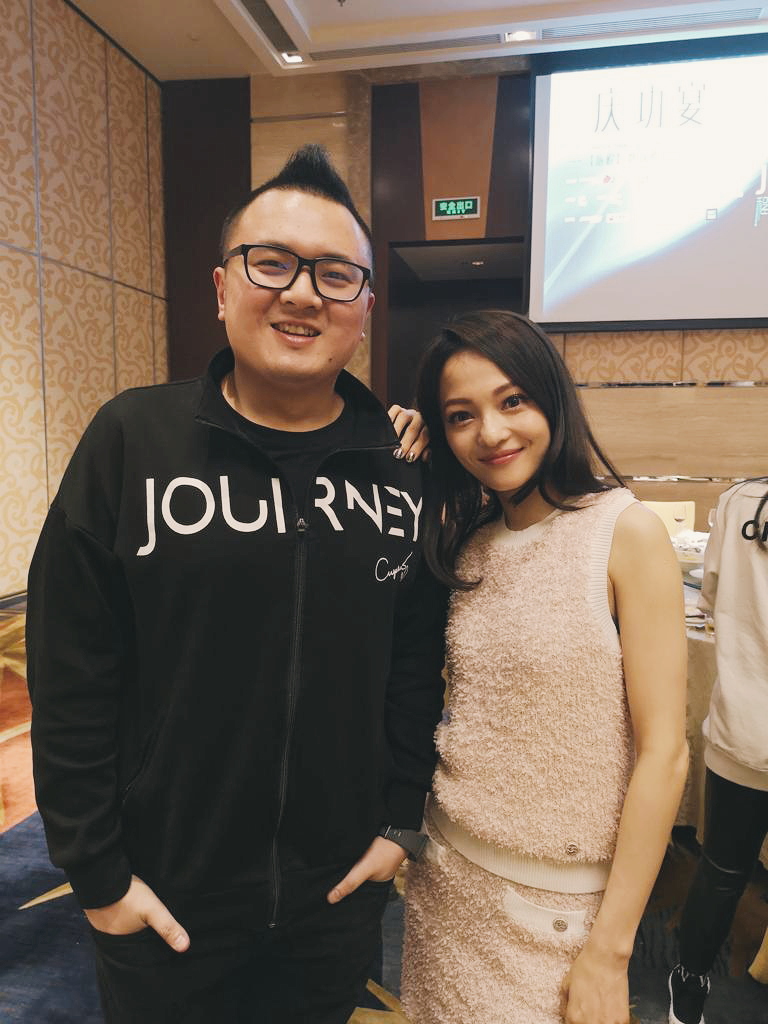 A SERMON SPARKS A CAREER

He built his skills from the time he was a youth, picking up basic tips from websites, honing his craft using instructional videos and putting his skills to use during church service on the weekends as a member of City Harvest Church’s music team.

But it was one particular sermon that made Chow Kiat look at his talent differently.

“It was back when we were worshiping at Jurong West, Pastor Kong [Hee] preached a sermon titled ‘The Power Of Focus’. It was then I felt the challenge to look for a higher calling with what I could do. I knew that if I followed this calling, I cannot drop the ball,” he says.

That was the turning point: Chow Kiat, who had been accepted into LASALLE College of the Arts at the same time, could finally see himself taking drumming seriously and making a career out of it. Now, he not only drums, he has turned it into a business that nurtures a new generation of drummers—a school that has been his lifelong dream.

In 2013, Chow Kiat won a prestigious full scholarship to Musicians Institute, beating out seven other final-round applicants from around the world. At MI, Chow Kiat was surrounded by people looking to break into LA’s booming entertainment industry. Sessioning with highly regarded artists was coveted by all the music students, but Chow Kiat wasn’t so much fazed by celebrity than motivated by the possibility of adding those names to add to his resume to boost his teaching portfolio. Chow Kiat (back row, first on the left) with Angela Zhang’s touring band

His time, which could have been spent rubbing shoulders with the who’s who of Hollywood was spent in the library, researching his business competitors and writing the syllabus for his dream drum school. “I still have that notebook [containing syllabus notes] actually!” he says proudly. “I’ve always known that I eventually want to teach, but I needed to make sure that what my school teaches would be sufficient to last for years, that it’s not just as a trend or a fad.”

That’s why he makes it a point to remind students that drumming is multi-faceted. “People think that anyone can drum because it’s not a ‘classic’ instrument like the violin or piano, but it is!” he huffs. “Drumming has grading that has to be approved by a UK board—it’s to be taken very seriously.”

Sure, Chow Kiat has students who come in to learn for fun—“we have working professionals who just want to play pop songs from Coldplay”— but he ensures that they are all taught the basics because should they become serious, any one of his students can actually hone their craft, complete their diploma and start to teach.

THE JOURNEY TO DRUM TUTOR

Chow Kiat’s classes are paced for individual learners. Kids, especially, are taught how to have fun first, before moving into technical basics. In the teaching rooms, in front of the students’ kit a mounted television offers a picture chart, following a pattern, “Different pictures are different parts of the drum kit for example, the blue box refers to the high hat, green for the snare, and so on,” he says, quickly adding, “I didn’t invent this style; I just refined it.”

He began with a two-year testing period so that he could fine-tune the methods. It was during this time that he discovered that kids felt reading notes was too intimidating, and not at all fun. “So, once kids get the hang of the visual pattern, they don’t feel as intimidated,” he explains. “By the eighth lesson, both kids and adults will move on to notation.”

Launching Drum Tutor took several years of planning and preparation. After he graduated from MI, instead of building a career in LA, Chow Kiat took to the seas and played on cruise ships, honing his skills to take home to Singapore. Upon his return he set up a drum studio in his home, teaching students privately, perfecting his syllabus and building a name for himself in the industry. “In about two years, I had over 30 students.” 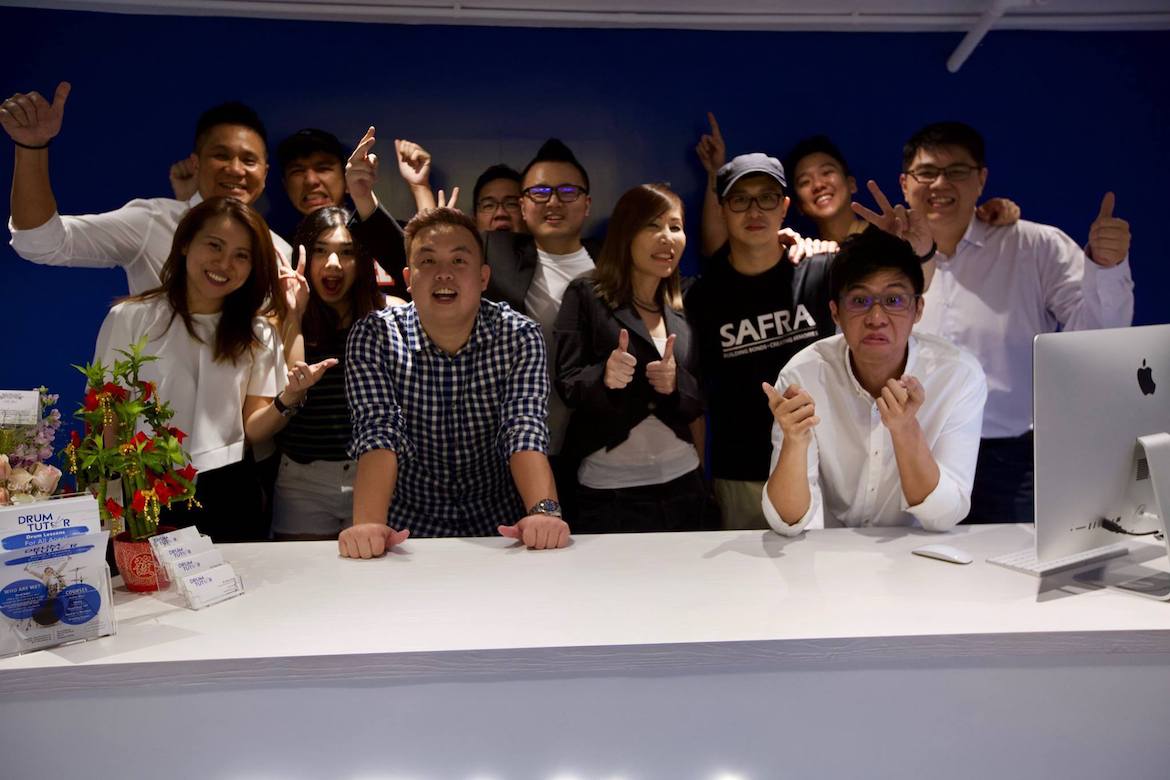 But that still wasn’t enough to turn it into a full-fledged business. It was his friend and silent investor, Jason Lim, that gave Drum Tutor the kick it needed.

“This guy is so disciplined,” says Jason of Chow Kiat. “He was looking to build a school, and I noticed how hardworking and driven he was, so I asked if there was a chance for me to invest, to help him build his dream of a physical school. That’s how it started.”

It was also an encounter with Pastor Gary Heyes that gave Jason, who owns a fishing business, a nudge towards Drum Tutor. Pastor Gary is a Canadian minister with a prophetic gifting who visits CHC regularly.

“I was hoping for some direction on what to do next after the fishing business,” recalls Jason. “And Pastor Gary said he saw me leading a group of people with drums. I was skeptical because I don’t even play the drums!”

Chow Kiat laughs loudly at this, interjecting, “It wasn’t because of that that we started the business! We were done with registering the business when Jason actually remembered [this prophecy] and told me about it. My hair stood on end.”

The school is just the beginning. Drum Tutor intends to introduce an app and other digital aspects to the business that will help inspire and impact other drummers in Singapore.

The school now sits on the fourth floor of Turf City. Surrounding it are dance studios, martial arts schools and more. But you’ll spot—or rather, hear—Drum Tutor the minute you exit the lift: it is the first unit on the left. Head over and check it out: you might glimpse a tiny tot on his or her way to banging out solos for big pop acts, courtesy of their teacher, Er Chow Kiat. 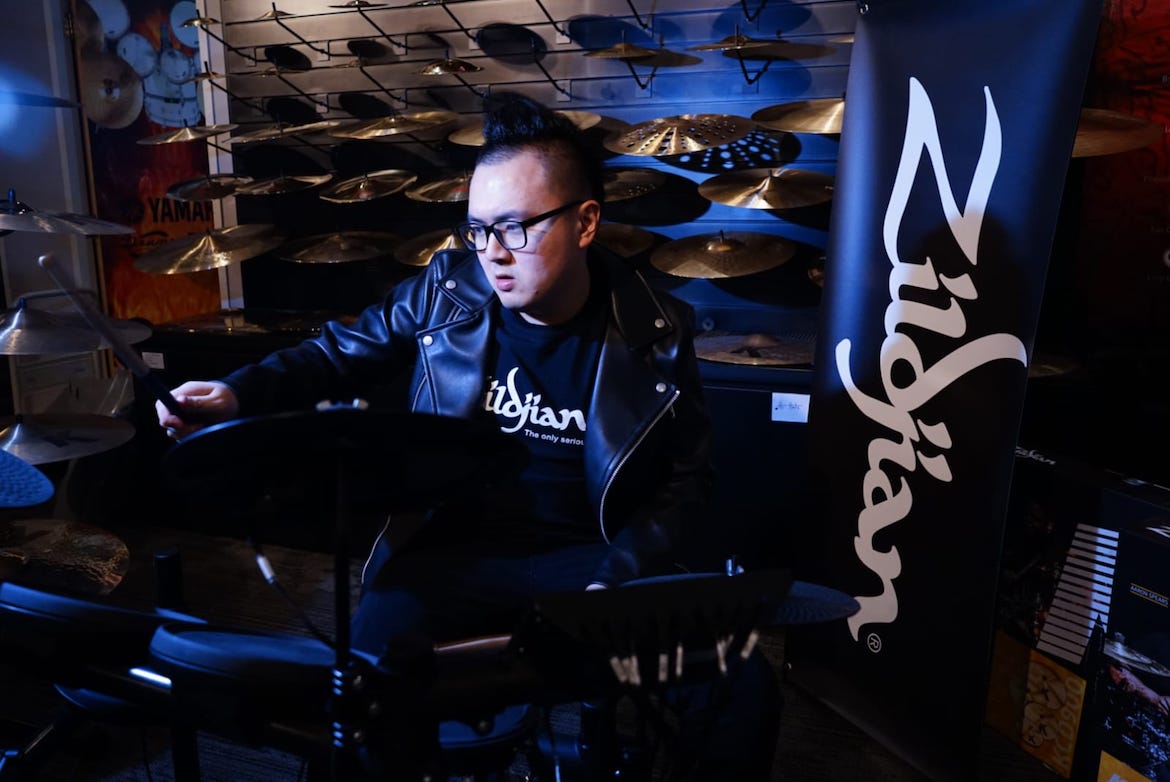 Chow Kiat at Yamaha in November 2018. Photo by Justus Leong.